Yesterday I spoke to three Academy members (two directors, one actor) about which Oscar nominees they were thinking of voting for. None of them had submitted their ballot. Two said they’d probably be waiting until the very last minute. They know what they admire or were most moved by, but they also know who’s probably going to win.

They also want to spread the love around so they’re involved in some emotional horse-trading. (“I know Bong Joon-ho probably can’t win Best Picture or Best Director but he has to win Original Screenplay,” etc.)

They basically regard the nominees as an embarassment of riches and don’t want to be lazy or cavalier in their selections.

“Though it’s not especially good as a piece of formal filmmaking through its first three hours, McMillion$ tells a quirky and frequently hilarious tale filled with enough twists and turns that you’ll swear it came from the keyboard of a Carl Hiaasen or Elmore Leonard.

“The story told here focuses primarily on the Jacksonville office of the FBI, described as a ‘Sleepy Hollow retirement office,’ accustomed to sniffing out cases involving health care fraud, bank fraud and other instances of white-collar crime. Our hero is Doug Mathews, a wet-behind-the-ears special agent whose ennui with the office’s standard cases leads him to begin poking into vague insinuations about fraud in the McDonald’s monopoly game.

“I love documentaries to be their own thing and I rarely itch for narrative remakes, but McMillion$ is practically begging for somebody like an Adam McKay — he’s already producing half of HBO’s slate anyway — to do a scripted mini. I think the only person who could possibly play ultra-enthusiastic, easily bored FBI agent Doug Mathews is ultra-enthusiastic, easily bored FBI agent Doug Matthews, though McMillion$ executive producer Mark Wahlberg would probably get an Emmy nomination for the role.” — from Daniel Fienberg‘s 1.28 THR review.

Hollywood Elsewhere is shocked and saddened to hear that Toronto Star film critic and cinematic wise man Peter Howell has taken a buyout and that henceforth “there is literally no entertainment department at the Toronto Star”, according to a Facebook post from Star columnist Rob Salem.

How could the Toronto Star cut loose one of its finest and best known name-brand writers? How could they not at least be interested in continuing to post Howell’s reviews and whatnot on a freelance contributor basis? In my mind Howell IS the Toronto Star.

Here’s hoping/presuming that he’ll continue to file for the Star as an indie contributor or at least for some other prominent publilcaton, and that he’ll be making the trek to Cannes in May and so forth. 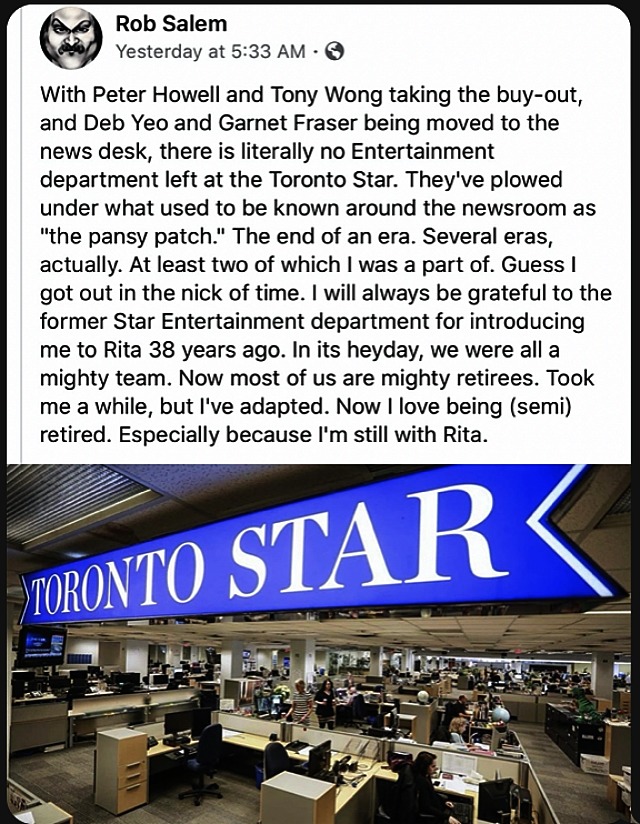 Any other films that would make a good fit? 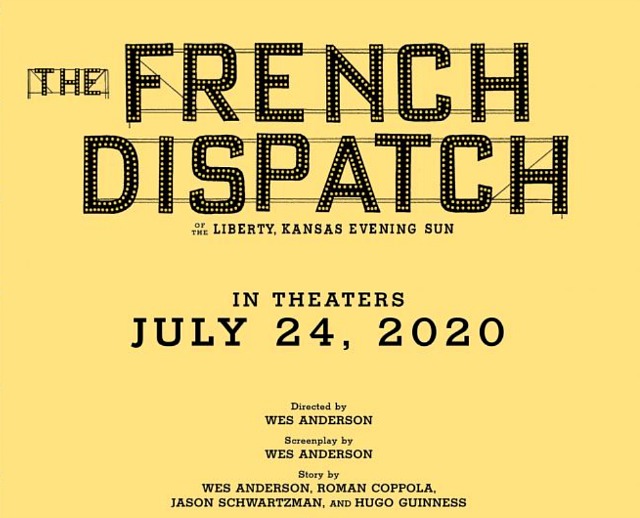 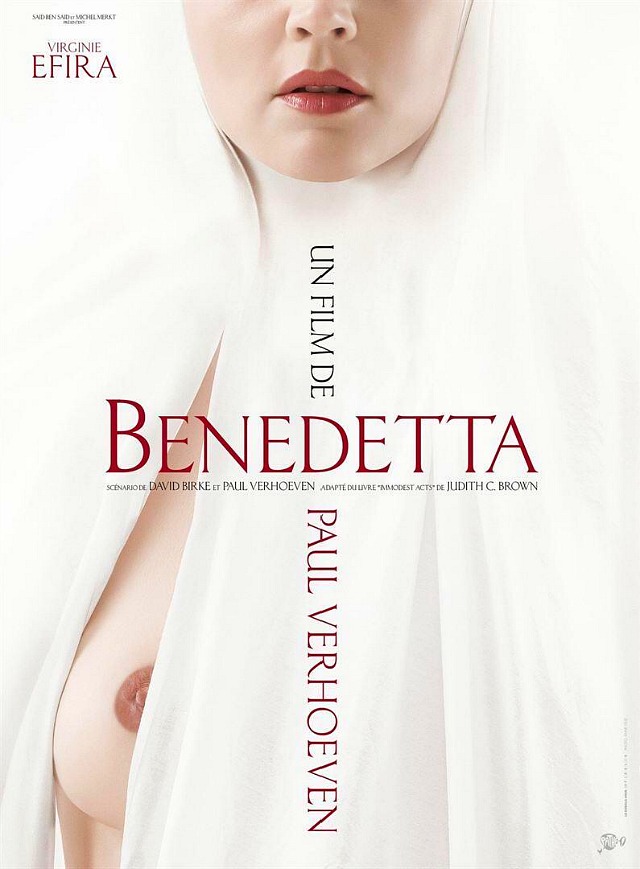 A few hours ago the BAFTA film awards reminded everyone (as if we needed reminding) that 1917 is going to win the Best Picture Oscar on 2.9.20. And that Sam Mendes will win for Best Director, and that Parasite will win the Best International Feature Oscar, and that the same four winners in the acting categories — Joaquin Phoenix, Renee Zellweger, Laura Dern and Brad Pitt — will win again at the Oscars. And that Parasite will win the Best Original Screenplay Oscar, and that Jojo Rabbit will win for Best Adapted Screenplay, or for changing Christine Leunens‘ somber-minded “Caging Skies” into a dry-snark comedy and thereby making guys like David Poland and Jeff Sneider split a gut. Greta Gerwig‘s “stand up against the male patriarchy” roadshow is over and that’s that. The fix is in, the winners have been decided, and there’s nothing you can do about it.

With the Iowa caucauses happening tomorrow night, the likelihood is that Pete Buttigieg will emerge as a third-place shower, just behind Bernie Sanders and Joe Biden. (And almost certainly ahead of Elizabeth Warren.) Buttigieg was looking like a winner in these two states during early to mid November. Then he became a political pinata, and all the attacks seemed to coalesce or reach some kind of critical mass by late November and early December, and his numbers began to drop.

Three days ago the Washington Post posted a 20-question multiple-choice reader quiz about the major political issues of the day. Once you’ve answered them, the Post shows you which Democratic candidates you agree with the most (or vice versa). I took the test yesterday (it takes five or six minutes) and guess who I agree with the most? Pete Buttigieg and Tom Steyer.

All things considered, Buttigieg is a good guy. Liberal, reasonable, sanely progressive, super-brilliant — a perfect temperamental and generational counterweight to The Beast. Plus he’s sensible and modest and offers respect for others. The improvement in the cultural character of this country would be close to glorious if this modest, midwestern Christian were to beat Trump, and given the fact that Pete is mature and practical and respectful of Bumblefucks and definitely not in league with the hated Khmer Rouge wokesters, he would certainly defeat Trump. Maybe not by the same margin that Biden would command, but he’d win.

But the uglies (the general progressive purist crowd, Bernie bruhs plus the pro-Bernie under-30s, progressive Black Twitter and Gay Twitter) have been attacking Pete so savagely over the last couple of months that he’s probably not going to make it. And African-American voters have been staunchly skeptical and/or flat-out against Buttigieg since forever.

As a single, solitary West Hollywood voice I was just want to take this opportunity say thanks to all of you, and to tell you from the bottom of my heart how much I loathe and despise all the Pete attackers for sticking us with Bernie vs. Biden. Neither of these geezers is the breath-of-fresh-air rockstar that the Democrats need. And yet here we are. Thanks, assholes!

Steyer doesn’t have a prayer of winning Iowa and New Hampshire, but it wasn’t so long ago that Buttigieg did. I haven’t felt this much hate for purist hard-case lefties since Zero Dark Thirty was campaigned against in the Best Picture race of 2012 and ’13.

Do yourselves a favor and see where you really, actually stand with the various Democratic candidates.

Obviously John Ford was a child and then a very young man before he became that crusty, sullen-looking fuck with the the thick glasses (often shaded) and proverbial pisshead glower, and always with the floppy hat and the pipe and a stiff drink nearby. But it’s very hard to believe that he once was, in fact, a young lad with some kind of hopeful or innocently excited attitude about life.

Of the hundreds of Ford photos I’ve scanned over the years, these are the only two in which he’s not wearing round-rimmed glasses with lenses as thick as a goldfish bowl, or regarding the world with a certain guarded suspicion or outright dislike — his lifelong trademark.

“Bring on the obstruction and the bullshit,” his craggy, weathered face always seemed to say. “For I am an Irishman, I am…I have rivers of worship and serenity and sentimentality running through me, and I will throw your ugly-ass attitudes and chickenshit meddling right back at you with interest so don’t even think of fucking with me.”

The photo on the right, taken in 1915 when Ford was 21, is the only one in which he allowed even a glimmer of a grin. Apart from his passion for filmmaking, the man lived in order to scowl. Plus he had a robust head of hair back then. He was Sean Penn in the early to mid ’80s.

But he loved his whiskey and tobacco. By the time Ford was making The Grapes of Wrath and How Green Was My Valley at age 46 and 47, he looked 60 if a day. He was 61 or 62 while shooting The Searchers, and looked like a spry 75 (if you want to be generous). Just before he passed in ’73 he seemed to be at least 90 or 95, pale and skeletal and — surprise! — scowling like a ghost. 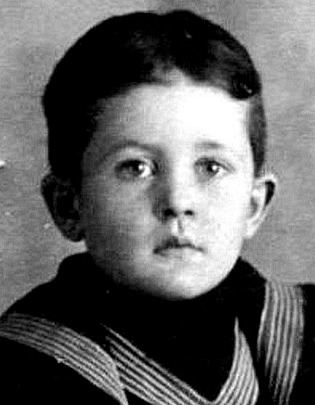 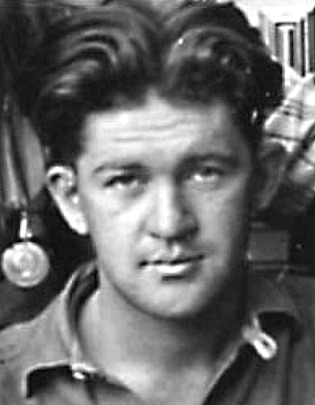 My all-time favorite Ford film is The Horse Soldiers (’60). Yes, I like it more than The Man Who Shot Liberty Valance. Partly because people mostly shrugged when it first came out (a Civil War film with John Wayne and William Holden…meh), and yet it’s surely among his most re-watchable. It’s like nutritious candy — like a chocolate milkshake. I love it because it isn’t especially ambitious, and yet it’s full of feeling and pictorial beauty and historical authenticity, and razor-sharp observations about proud (bull-headed) military mindsets and what happens when they go up against the day-to-day world.

If I was an earnest and scholarly Ford biographer like Joseph McBride I would probably list Wagon Master or Seven Women or Cheyenne Autumn among my top Fordies, but I like what I like. My top ten, actually, are The Horse Soldiers, The Grapes of Wrath, Young Mr. Lincoln, Drums Along the Mohawk, My Darling Clementine, The Informer, They Were Expendable, The Last Hurrah, What Price Glory? and Sergeant Rutledge, in that order.

I think Ford overdid the Monument Valley thing. Why the hell was anyone living in an arid dusty environment without decent soil or rivers or grass for cattle to munch on? It was one of the stupidest conceits in Hollywood history, that anyone would or could live in the Monument Valley of the 19th Century. In terms of forehead-slapping stupidity, the Monument Valley thing is right up there with that huge wall on Skull Island in King Kong having been built with a huge gate — a gate that could have no other purpose than to allow a gargantuan ape to walk through it.

Chris Evans and Robert Redford wore their respective white heavy-knit sweaters fairly well, but I wouldn’t go within 50 yards of these godawful things. If I must wear a sweater, it has to be an Italian-made black cashmere crewneck, preferably worn with a white T-shirt underneath. And that’s it. Sidenote: Evans was 38 when he shot Knives Out; Redford was 36 while filming The Way We Were in ’72 and early ’73. 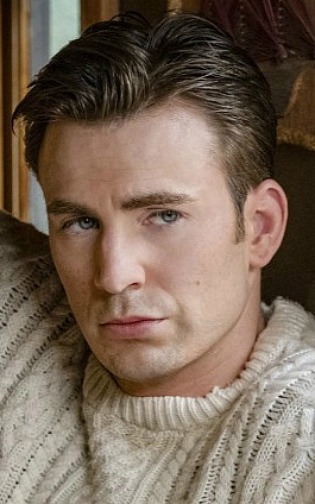 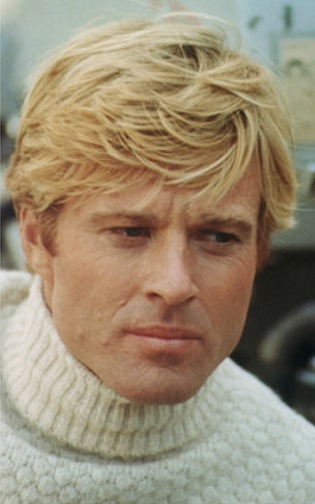