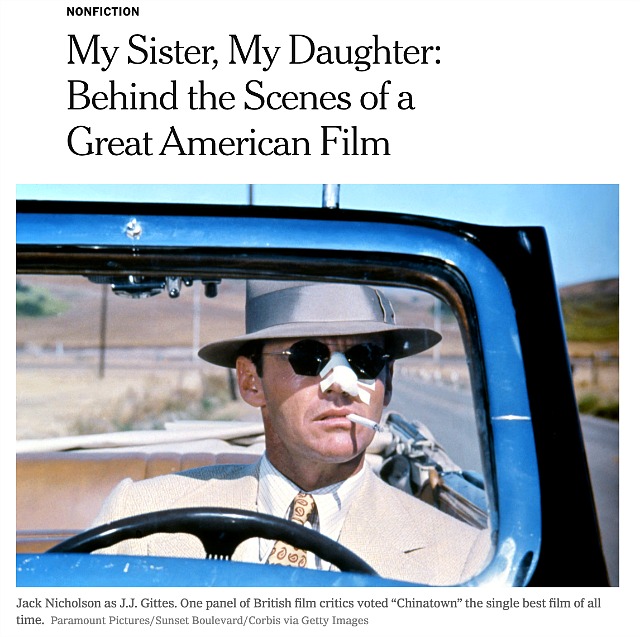 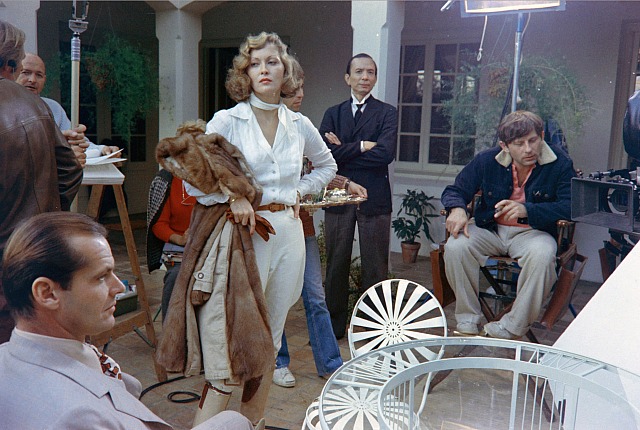 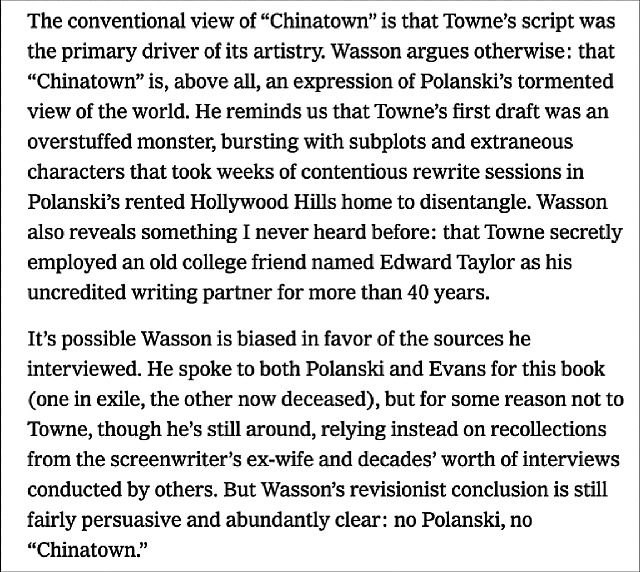 I had a very minor thought as I watched Elton John perform “(I’m Gonna) Love Me Again” three nights ago. The thought was “this isn’t as good as the songs he and Bernie Taupin churned out in the early to mid ’70s.” Yeah, I know…duhhh.

Nobody would call “Elderberry Wine” (’73) one of their greatest, but it’s at least eight or nine times better than what I heard on the Oscar telecast. To say I absolutely worship the “Elderberry” piano chords and changes is putting it mildly. “(I’m Gonna) Love Me Again” is a passable tune, but the positive-self-regard lyrics are, no offense, banal. Yes, so are the “Elderberry” lyrics, but that song has a certain rowdy verve and spirit.

Posted on 12.17.16: “Every so often I’ll write about the average person’s strange inability (refusal?) to sing the ‘Happy Birthday’ song on key. It happened again last night at the home of director Phillip Noyce. 30 or so guests wished a good one to his beautiful wife, Vuyo Dyasi, but the singing hurt. And some of them were showbiz people, whom you might think would have some respect for the idea of hitting notes.

“Listening to that song being murdered is awful. I was standing next to two of the assassins, and I couldn’t even imitate how horrendously off-key they were. Imagine a Vietnamese water buffalo groaning while being repeatedly stabbed in the chest.”

Posted on 7.31.13: “I can’t sing like a professional or even a gifted amateur, but I can definitely sing ‘Happy Birthday’ on key. Which is more than what 97% of your Average Joes and Janes can manage. I can’t tell you how many times I’ve listened to a table of restaurant revelers try to sing it and not hit a single true note. It’s pathetic. We’re not talking about singing ‘The Star-Spangled Banner’ here. Bad singing is all about emotional timidity. Singing on-key takes a certain open-heartedness. You can’t be covert about it. All I know is that every time a table launches into ‘Happy Birthday’ I grimace and go ‘oh, God…here we go.'”

It’s not a burn, it’s not about a “black and white situation” (as one of the less perceptive characters puts it) and it provides ample food for thought and discussion.

Both films conclude that a father running from an impending disaster (i.e., a huge avalanche) without trying to save or protect his wife and kids is a bad look. Which of course it is. Both films condemn the dad in question (Will Ferrell in the newbie, Johannes Bah Kuhnke in Ostlund’s version) and more or less agree with the furious wives (Julia Louis Dreyfus, Lisa Loven Kongsli) that dad should have (a) super-heroically yanked the wife and kids out of their seats and hauled them inside in a blink of an eye or (b) hugged them before the avalanche hit so they could all suffocate together.

Hollywood Elsewhere says “yes, it’s ignoble for a dad to run for cover without thinking of his wife or kids,” but I also believe that instinct takes over when death is suddenly hovering. I also feel that Dreyfus and the two kids acted like toadstools by just sitting there on the outdoor deck and hoping for the best.

Question for Dreyfus and sons: A huge terrifying avalanche is getting closer and closer and you just sit there? You have legs and leg muscles at your disposal, no?. A massive wall of death is about to terminate your future and your reaction is “oh, look at that…nothing to do except watch and wait and hope for the best”?

Both films film basically ask “who are we deep down?” They both suggest that some of the noble qualities we all try to project aren’t necessarily there. But Rash and Faxon’s film also says “hey, we’re all imperfect and yes, some of us will react instinctually when facing possible imminent death. So maybe take a breath and don’t be so viciously judgmental, and maybe consider the fact that tomorrow is promised to no one so just live and let live.”

I was especially taken by Downhill‘s spot-on philosophical ending (i.e., “all we have is today”). Seriously, it really works. I came to scoff at this film (due to the less-than-ecstatic Sundance buzz) but came away converted.

I’ll be attending a discussion this evening of Sam Wasson‘s “The Big Goodbye,” of which I’ve read a little more than half. Burbank’s Buena Vista Branch Library, 300 N. Buena Vista St., starting at 7 pm. Wasson and Chinatown assistant director Howard W. Koch, Jr. will riff on that special early to mid ’70s fermentation that was alive and kicking at Paramount and Warner Bros., and is represented in the book by Roman Polanski’s 1974 classic. Glory days. 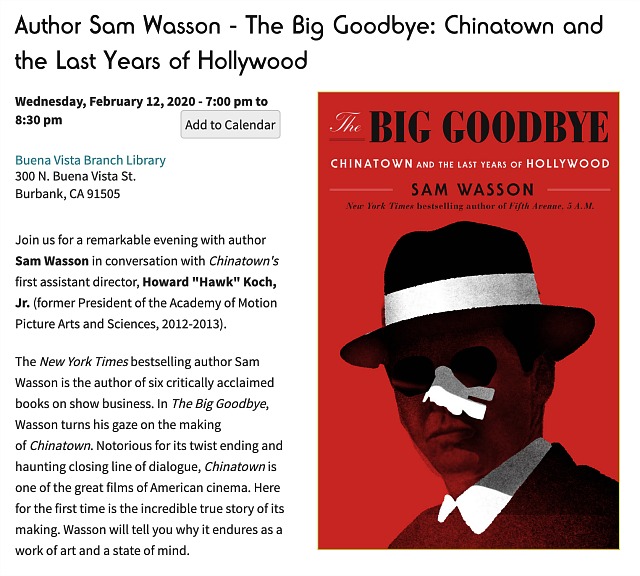 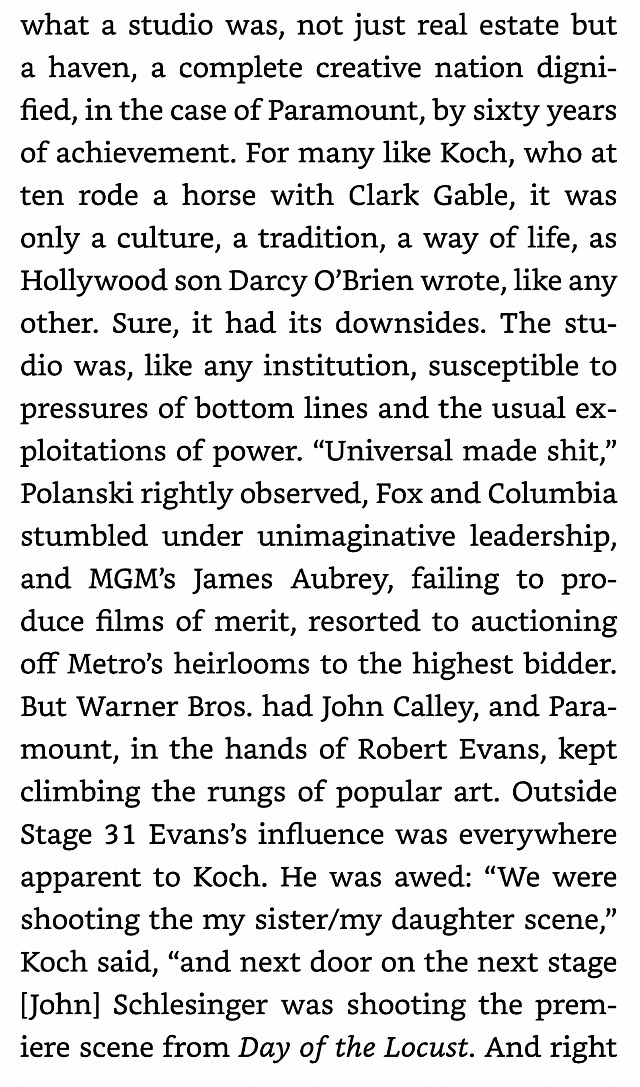 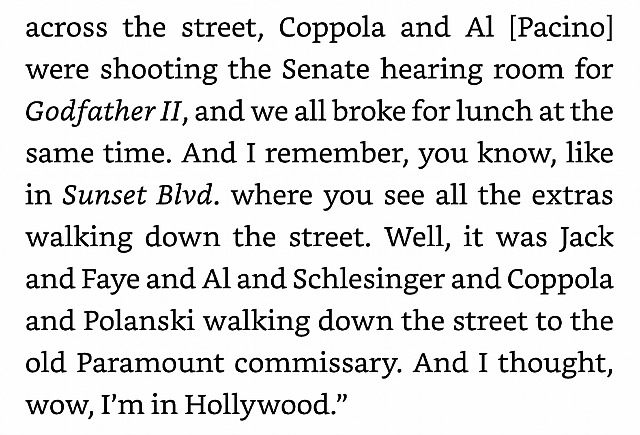 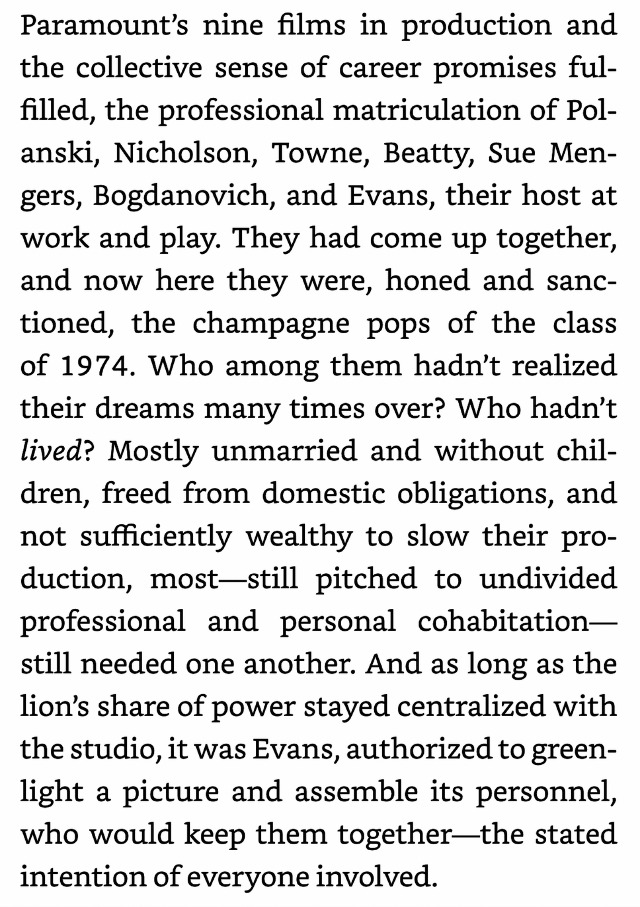 Dense, complex and bursting with stylistic pizazz, the trailer for Wes Anderson‘s The French Dispatch (Searchlight, 7.24) conveys some of what the film is about. What it’s mostly about, basically, are visual compositions of fine flavor and aesthetic precision. In color and black and white, and in aspect ratios of 1.37:1 and 2.39:1 a la The Grand Budapest Hotel.

Also in the vein of Budapest, it’s about a distinctive institution that peaked in the mid 20th Century and then fell into ruin or hard times. To quote my own Budapest Hotel review, it’s “a valentine to old-world European atmosphere and ways and cultural climes that began to breath their last about…what, a half-century ago if not earlier.”

Story-wise, Dispatch is an American journalism film, oddly set in a second-tier French city of the ’50s and ’60s, except nobody seems to speak much French. It’s an homage to a New Yorker-ish publication, but with a Midwestern heart-of-America mindset. It tells three stories of headstrong American journalists reporting and writing about three big stories, one of them having to do with the French New Left uprising of May ’68. Otherwise the historical context…well, I’m working on that. Timothy Chalamet‘s Phil Spector hair is a stand-out.

Speaking in April 2019, Anderson said, “The story is not easy to explain, [It’s about an] American journalist based in France” — Bill Murray‘s Arthur Howitzer Jr., the editor of The French Dispatch, based on Harold Ross, the co-founder of The New Yorker — “who creates his magazine. It is more a portrait of this man, of this journalist who fights to write what he wants to write. It’s not a movie about freedom of the press, but when you talk about reporters you also talk about what’s going on in the real world.”