As Kenneth Lonergan‘s passerby said to Casey Affleck‘s Lee Chandler in an Act Two scene in Manchester By The Sea, “Great parenting!” 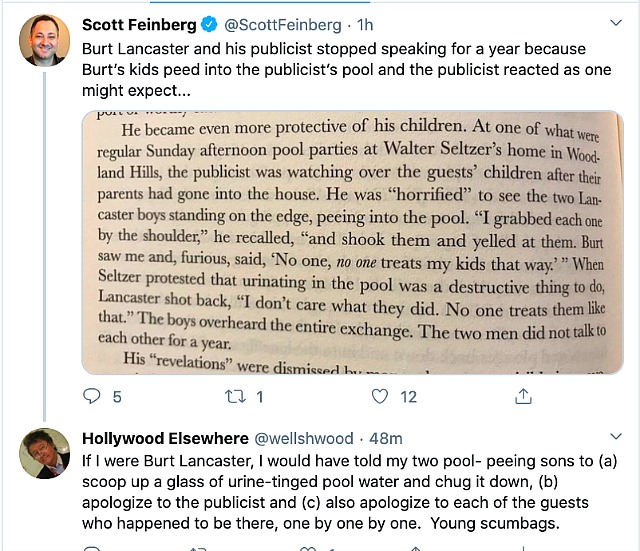 Thank God that the Biden forces rallied and cut Bernie down to size. Biden took Virginia, Massachusetts, Alabama, North Carolina, Tennessee, Oklahoma, Minnesota, etc. But then Bernie won California. Let’s call it Joe’s night regardless. Biden is hardly God’s greatest gift, but Bernie is an electoral catastrophe waiting to happen and Bernie bruhs are such HYUUUGE assholes. The angrier and spittier they are, the better I feel. Seriously, fuck those guys, and I’m saying this as someone who agrees with Bernie’s general assessment of the poisons ands toxins afflicting this once-great nation. BTW: After coming in third in Massachusetts, Warren is obviously finished. Pull the plug. 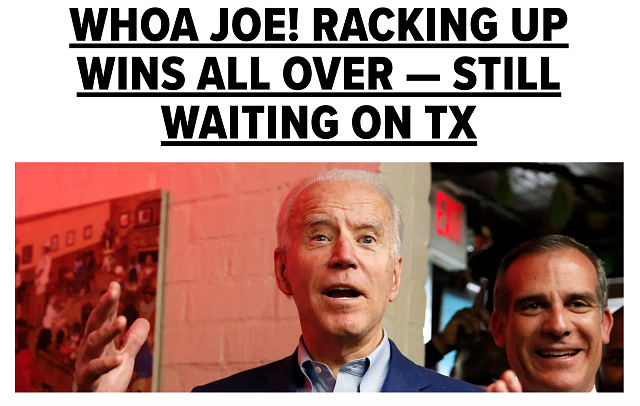 WATCH: With numbers almost identical to 2016, Sanders fails to expand coalition and struggles with African Americans and older voters. pic.twitter.com/8E67es2aAu 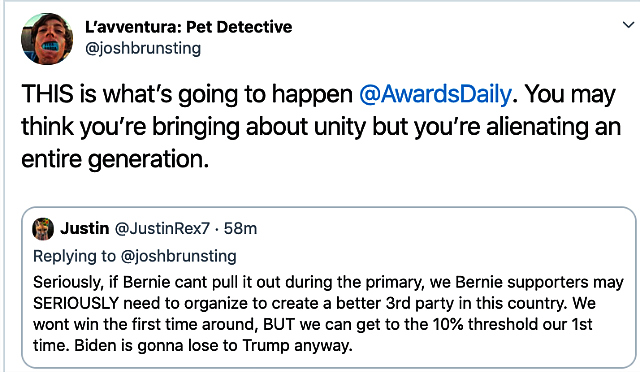 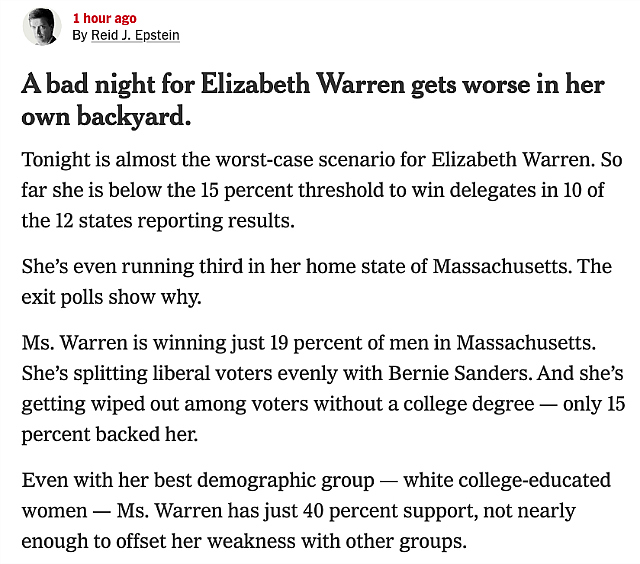 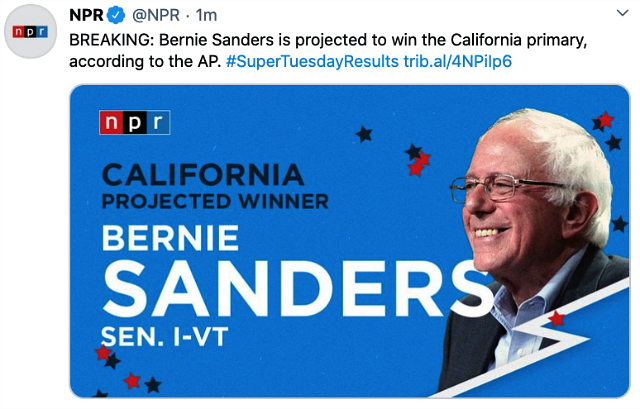 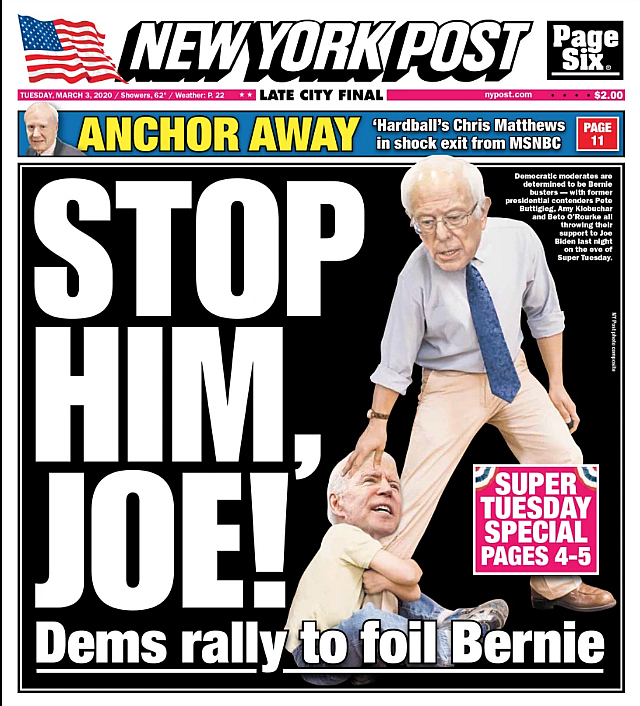 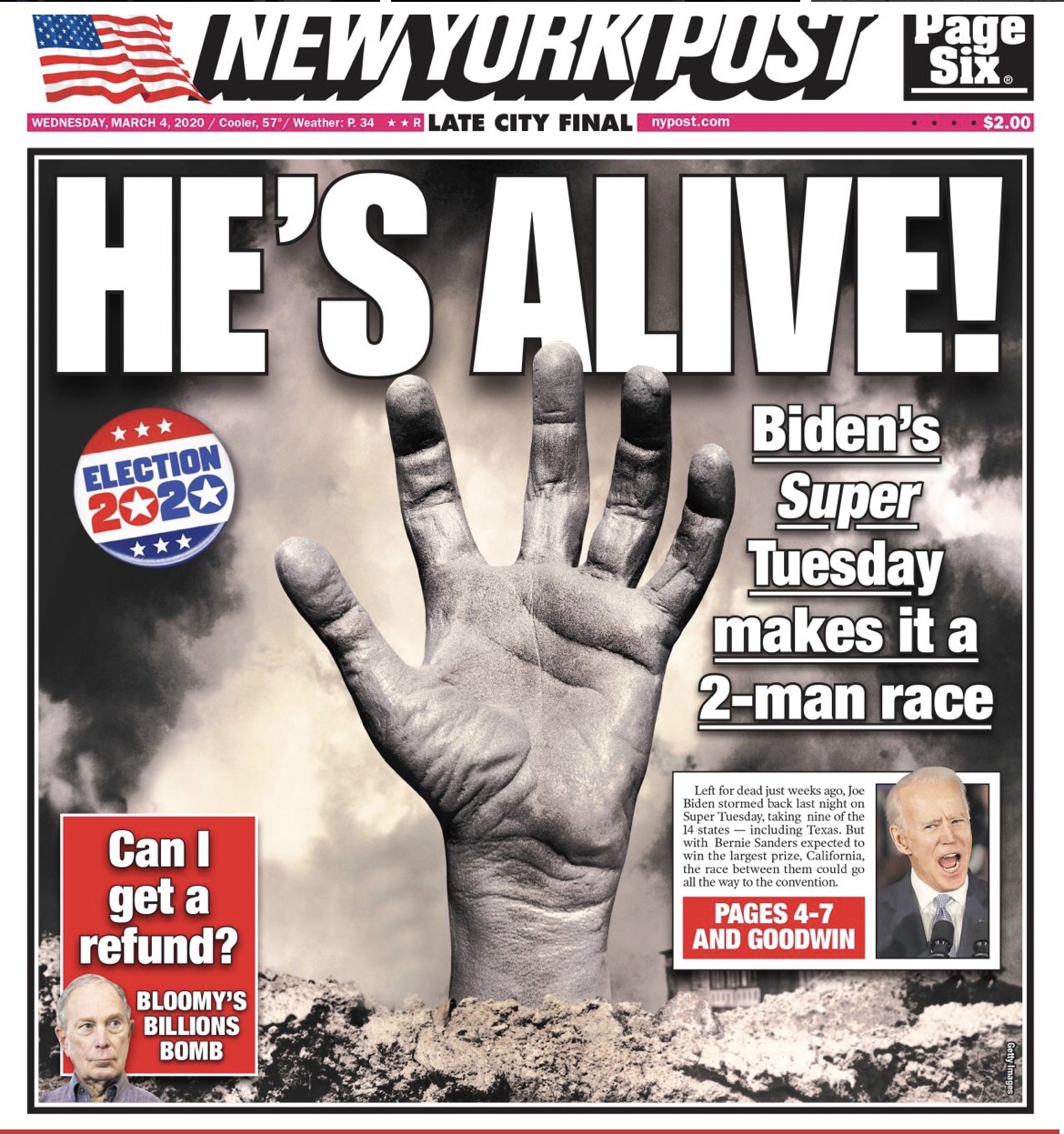 We all know how Woody Allen will recount what happened (or actually didn’t happen) on August 4, 1992. As well as the beginnings of his affair with Soon-Yi Previn and the enormous blowback, etc. He’s talked about these events here and there, and I’d be surprised if he elaborates to any great degree in “Apropos of Nothing” (Grand Central Publishing, 4.7) The portions of the book I’m most looking forward to, actually, are those describing his Brooklyn childhood and young manhood era (’40s and ’50s) and then the first blush of big success years (mid ’60s to mid ’70s) as well as the glorious artistic expansion era of the late ’70s. It’ll be a good read. I hope he digs in and explores these chapters with appropriate relish. 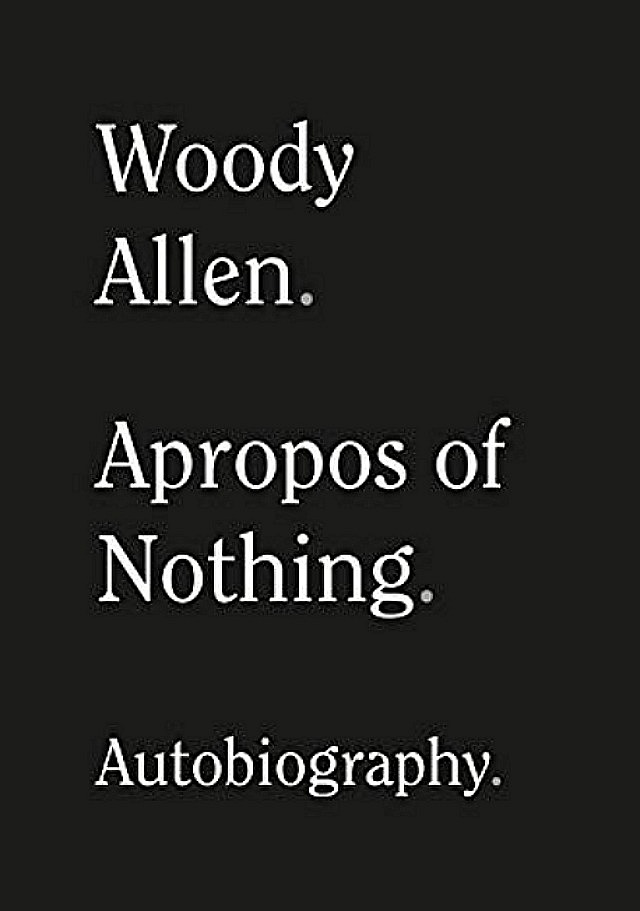 An accusation of sexual assault these days is tantamount to a guilty verdict, certainly in the court of industry opinion. Even, in the case of Timothy Hutton, when it concerns an allegation of an assault said to have happened 36 years ago, when Hutton was 23 and and the alleged victim, Sera Johnston, was 14.

Johnston is now 50, and out for some form of justice or payback. Her story is recounted in a Buzzfeed piece by Kate Aurthur and Adam B. Vary that was last updated on 3.2.20. Hutton spokespersons have said that the 59 year-old actor “completely and unequivocally denies” Johnston’s allegations, calling them “patently false and designed only to extort money from him.”

Whatever the truth and however this shakes out, Hutton will almost certainly suffer some kind of career interruptus. He could even become the new Kevin Spacey, or more precisely a blend of Spacey and Roman Polanski, given Johnston’s age at the time of the alleged assault.

The problem is somewhat similar to that faced by director Ridley Scott when Spacey’s predatory behavior became an issue during post-production of All The Money In The World. Spacey’s performance as J. Paul Getty was scrapped and Christopher Plummer re-performed the part before Scott’s cameras.

I’m presuming that The Glorias can’t be released with Hutton costarring, given that an accused rapist costarring in a biopic about a major feminist author and figurehead would seem incongruent.

What, then, can the producers do except re-cast his part and re-shoot the Leo portions of the film? That or somehow re-cut the film so that Leo is no longer a necessary character. But that sounds tricky, given that the young-Steinem portions are largely about Leo taking his family on antique-peddling travels around the country in an Airstream. The original title of the film was The Glorias: A Life on The Road.

What would you do if you were a producer of Taymor’s film? I’m presuming it would cost an arm and a leg to pay for a CG face-plant. They either re-shoot Hutton’s scene or cut Hutton out.

Yeah, I really want to see an indie drama about two young British bros (Stephen Odubola, Micheal Ward) who find themselves on opposite sides of a brutal gang war. Set in the vicinity of Peckham (southeast London, east of Brixton) and directed, written and narrated by British hip-hop artist Rapman (Andrew Onwubolu)…I’m hearing the ring of familiarity and fatigue.

Then again it’s always the singer, not the song. Optimism!

“A well-told story with a worthwhile if not especially revolutionary message — gang wars are not worth dying for, and you don’t have to follow the cycle — that hits home, with attention being paid to making sure the small details such as the unapologetically British language in both sets of gangs feel just as authentic as the larger themes.

“It’s all anchored by two impressive performances from relative newcomers Odubola and Ward, whose chemistry is just as strong in conflict as it is in friendship. Similarly, the likeable romance between Odubola’s Timmy and Karla-Simone Spence’s Leah is frequently able to strike sweet and tender notes amidst all the male posturing. If it doesn’t completely grip, Blue Story announces several emerging talents who have bright futures ahead of them.” — from 11.18.19 review by Empire‘s Amon Warmann.

IntlCinephileSociety president, European critic and film programmer Cédric Succivalli has been a fairly reliable source on matters related to the Cannes Film Festival. This morning he posted the following on Awards Worthy, to wit: “And every other hour an important cultural French event is being cancelled. If you ask me, [the cancelling of] Cannes is just a matter of time, sadly. The Italian scenario is just a matter of a fortnight end, probably even less.”

He’s basically referring to the fact that Cannes is fairly close to the Italian border, and more particularly the northern Italian region, which is where the Coronavirus (COV-19) is strongest in Europe right now, right up there with South Korea, Japan and China.

Thanks to World of Reel’s Jordan Ruimy for passing this along.

I agree with everything Bernie Sanders says about wealth inequity and corporate concentration of power in this country, and yet, somewhat bitterly and with profound despair, I can’t vote for him in today’s California primary.

For he is electoral death and ruination — a blend of Barry Goldwater in ’64 and George McGovern in ’72, and he will get absolutely creamed on 11.3. The avalanche of outright Trumpian lies and distortions that would fall upon him once (and if) he secures the Democratic nomination would see to that.

My far-from-enthusiastic vote for doddering Joe Biden is strictly strategic. I will shudder repeatedly at his old-guy misrememberings and stammerings on the debate stage if and when Joe goes up against Trump, but he is a decent and compassionate man with a better-than-decent chance of winning. Bernie would get killed — Biden would make it through.

Everything that happens reaffirms this awful sense that we’re living through dark and doomed times. Stuck in an irreversible downswirl. Unless Typewriter Joe wins the nomination. Then there might be a chance.