Support on Patreon Follow @wellshwood
No Comments
What Difference Will $1200 Make?

Let’s say you’re a freelancer currently unable to earn anything due to a coronavirus shutdown. Or an employee who’s been temporarily suspended because your employer has been forced to temporarily close or cut back. It would certainly be a welcome thing to receive a $1200 check from the government as every little bit helps. But presuming that the stimulus check would be a one-off, how much help would $1200 actually represent?

You could use it to help put a minor dent in your rent or mortgage payment for a month. Or you could buy $20 worth of food each day for 60 days. Or you could pay off your utility bills for a while. But the pandemic is going to be with us until mid to late summer and possibly (God forbid) into the fall or even beyond. So at best a $1200 windfall would make a slight difference for a very short period.

$1200 is fine, but it’s basically pizza money, a few Uber rides, a cable or cell phone bill, cat food, two or three tanks of gasoline, etc. And then back to the salt mines. 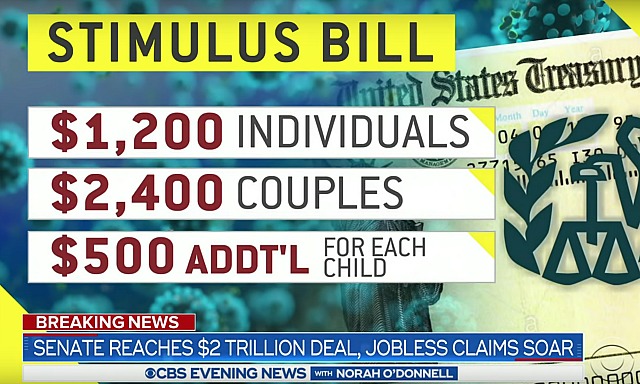 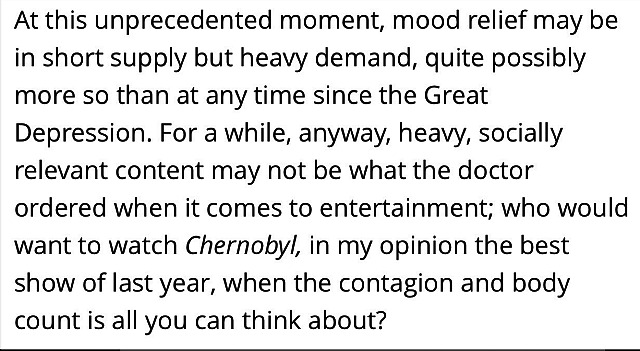 And why is Jude Law starring or costarring in just about every other film and cable series these days? Is he the new Michael Caine? Does he ever say no? The New Pope, the Rhythm Section, Vox Lux, Fantastic Beasts: The Crimes of Grindelwald, A Rainy Day in New York, The Nest, etc. I understand that Law’s early aughts hot period — The Talented Mr. Ripley, Cold Mountain, Enemy at the Gates, Road to Perdition, I Heart Huckabees, Alfie, Closer, The Holiday — ended 14 or 15 years ago and we all have bills to pay, etc. I’m nonetheless sensing that he’s too willing to be in anything that comes along. 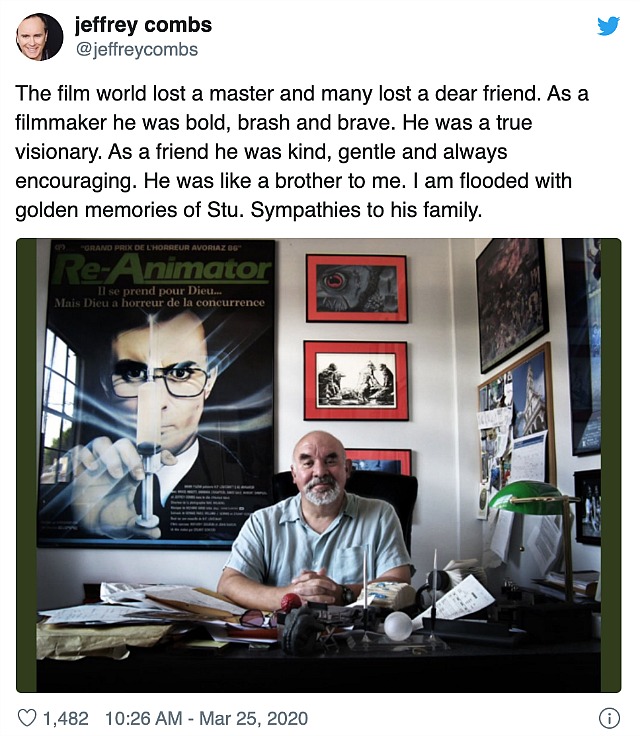 But then you knew that about all Republicans spouting the current Trump slogan…”let’s get back to work already…if some over-60 types wind up dying then they die but no more hibernating.”

No Comments
When My Tolerance Snapped…

…and I realized I really and truly couldn’t stand the presence of Michael Fassbender any more…Steve Jobs is what did it to me…from that point on my basic attitude about Fassbender was “fuck that guy and also, unfair as it sounds, the movies he’s starring in.”

“The main thing is that Fassbender just bothers me. I didn’t like him, didn’t care for his company, didn’t like those cold fuck-you eyes. All through it I was saying to myself “I know this is a class A enterprise with a sharp Aaron Sorkin script, but how much longer do I have hang with this prick?”