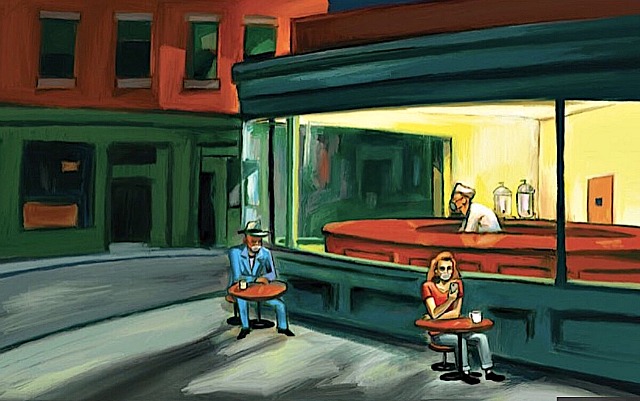 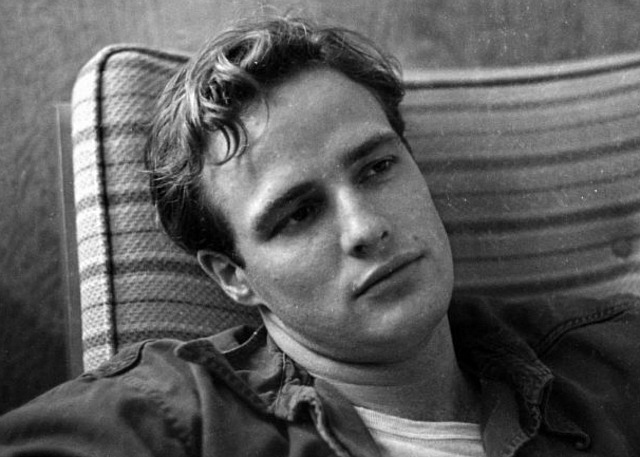 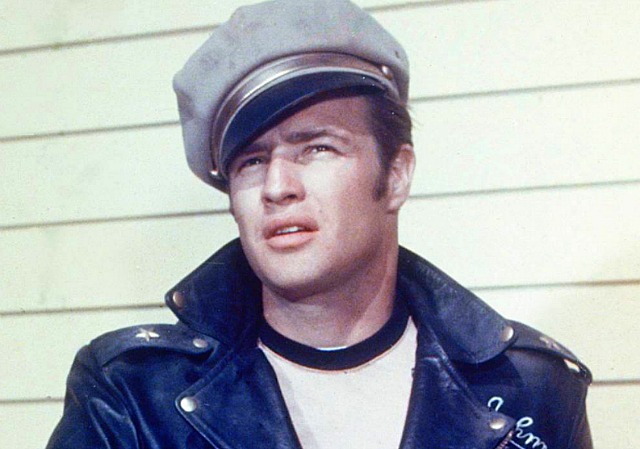 Jon Stewart‘s Irresistible opened last Friday. On 6.23 I gave it a pass on the basis of it being lightly amusing and easily digestible. Money passage: “It’s not a bother to watch it. It doesn’t irritate or piss you off. It just does the old soft shoe and wraps things up (credits included) within 102 minutes.”

Presumably a portion of the HE community has had a looksee. Thoughts, disputes, side issues? 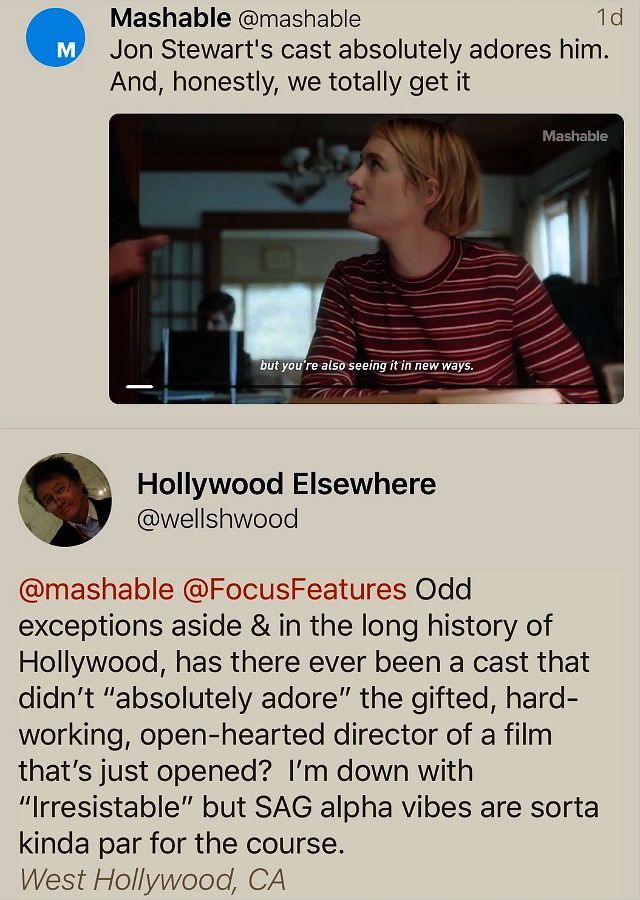 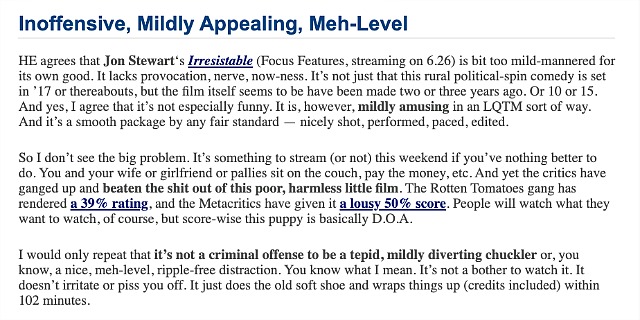 27 Comments
What The Hell Is This?

Okay, but as the cast appears to be largely Latino/Mexican is Shia playing a white guy? Or is Creeper a Mexican character? I’m asking because Shia seems to be speaking with an accent. Are white guys allowed to play brown these days? 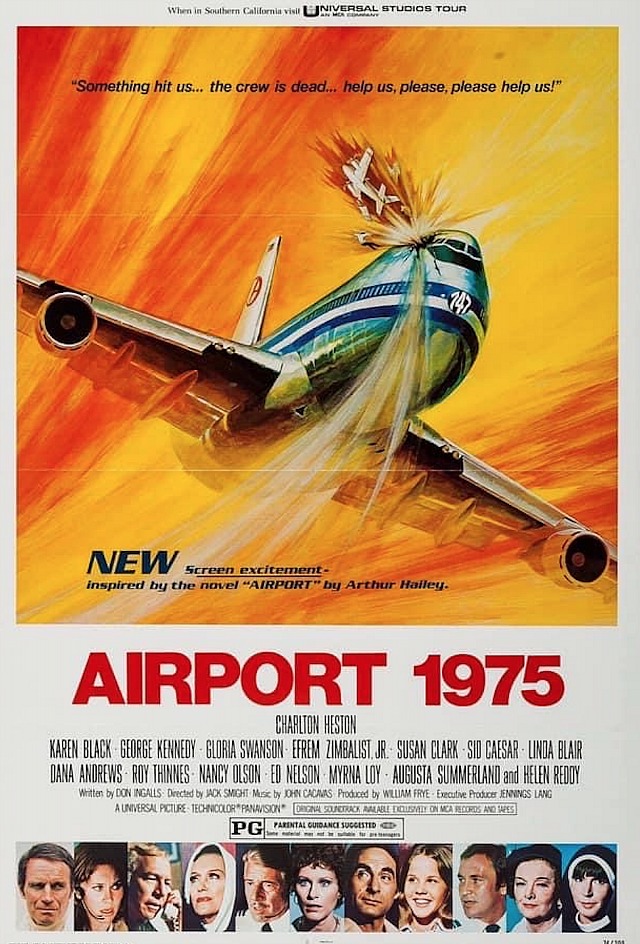 I’ve had a second look at Rod Lurie‘s The Outpost (Screen Media, 7.3). The version I saw last fall has been tweeked and refined and I wanted to savor the final final, so I watched it on the 65-incher, slouching on the couch.

HE verdict: This fact-based, highly adrenalized Afghanistan war pic not only holds but upticks. The 40-minute battle sequence (which starts around the 75-minute mark) is not only riveting but a work of serious beauty, if that’s the right term. It’s really spellbinding — there’s no looking away from it, and it’s hard to breathe while it lasts. It might even help you lose weight.

Crisp military salutes are hereby offered to the mostly all-male cast but especially to co-leads Scott Eastwood (his snarly, tough-as-nails staff sergeant performance is a breakthrough) and Caleb Landry Jones, who has finally stopped mumbling and planted his feet and told the truth like a man. HE to CLJ: You deserve a Best Supporting Actor nom, bruh, but don’t ever mumble again. I’m serious.

Currently The Outpost has a Rotten Tomatoes rating of 90%. I don’t get the 75% Metacritic rating. There’s no reason for dissing the film, given what it honestly is and what it clearly accomplishes.

Unfortunately Gov. Gavin Newsom has closed all indoor California theatres for at least three weeks, so there goes the big-screen immersive effect that a film like this needs. The only large-screen experience this weekend is at the Vineland Drive-In, which is located in the industrial shithole known as the City of Industry.

A U.S. forces-vs.-Taliban war flick based on Tapper’s reporting, The Outpost is a rousing plunge into another tough battle that actually happened, and is another example of the kind of combat flick to which we’ve all become accustomed — one in which the U.S. forces get their asses kicked and barely survive.

Lurie isn’t trying for anything more than an expert reality-capturing. He’s done his best to replicate a military tragedy that happened 11 years ago, and in so doing is telling his audience, “Take it or leave it but this is it…this is the truth of what happened.”

Tapper’s same-titled book, published in 2013, is about the ordeal of U.S. troops defending Combat Outpost Keating. Located at the bottom of a steep canyon and absurdly vulnerable to shooters in the surrounding hills, the outpost was attacked by Taliban forces on 10.3.09.