65 Comments
“Who Were The Good Guys In This War?”

Jeffrey Goldberg‘s 9.3 Atlantic piece about President Trump’s disparagement of war veterans and fallen dead has been flying around for six or seven hours now. Worth reading — a healthy bout of indigestion is 100% guaranteed.

Favorite portion: “When [John] McCain died, in August 2018, Trump told his senior staff, according to three sources with direct knowledge of this event, ‘We’re not going to support that loser’s funeral,’ and he became furious, according to witnesses, when he saw flags lowered to half-staff. ‘What the fuck are we doing that for? Guy was a fucking loser,’ the president told aides.”

Trump denial: “I never called John a loser and swear on whatever, or whoever, I was asked to swear on, that I never called our great fallen soldiers anything other than heroes.”

"They don’t want to be inundated with angry tweets and all the rest…"https://t.co/s2ESFCOMi0 — from @MikeBrestDC at @dcexaminer pic.twitter.com/IAANsJuIgH 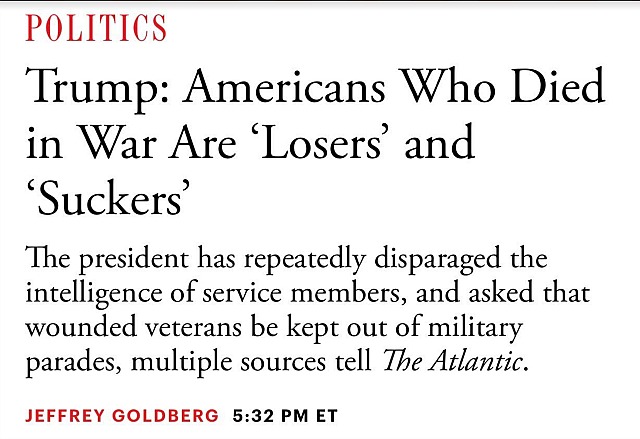 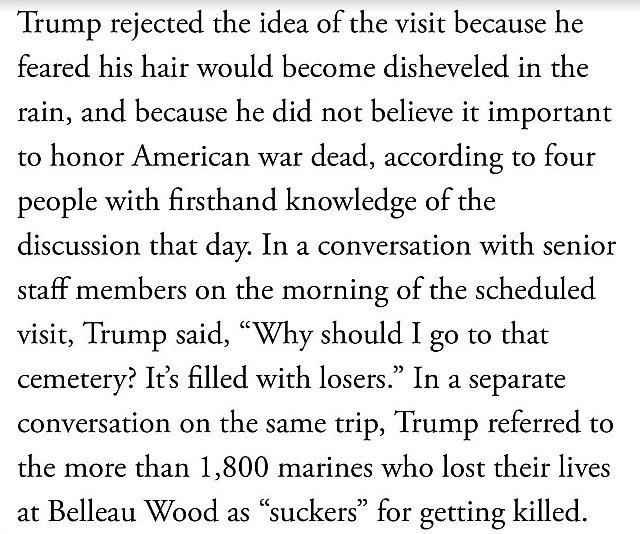 This is common knowledge, of course. It’s also understood among semi-literates that “coda” means “concluding passage of a piece or movement.” What, therefore, was the reason for retitling Coppola’s newly re-edited version of the final chapter as Mario Puzo’s The Godfather, Coda: The Death of Michael Corleone?

19 syllables is at least 10 too long. And who needs “coda” in an already overloaded title? HE suggests eliminating (a) “Mario Puzo’s”, (b) “coda” and (c) “The Death of Michael Corleone” and just calling it Godfather III: The Last Reshuffle — 9 syllables!

Except this time the victim was armed and holding. Interpretations are welcomed.

Reporting excerpt: “Washington D.C. police have released bodycam footage showing the moment officers shot dead Deon Kay, an 18-year-old black man, after he allegedly brandished a gun during a police chase, sparking further protests across the city. Kay died on Wednesday after he was shot in the chest by a Metropolitan Police officer identified on Thursday as Alexander Alvarez.

“Authorities said Kay was one of two people who fled on Wednesday afternoon when approached by uniformed cops investigating reports of a man with a gun near the 200 block of Orange Street. During the foot pursuit, Kay allegedly pulled out a weapon, prompting an officer to open fire in response, the MPD said in a statement.”

10 Comments
Another Steinem Or Two

Any film with a Rotten Tomatoes or Metacritic rating below 80% obviously has an issue or two. Especially if the aggregate is closer to 70.

I’ve yet to see Julie Taymor‘s The Glorias (Roadside, 9.20), but as far as the inhabiting and reanimation of Gloria Steinem is concerned, I was profoundly impressed by Rose Byrne‘s effort in Mrs. America, so there’s that hurdle.

It’s no surprise that costar Timothy Hutton, who plays Gloria’s travelling-antique-salesman dad, Leo Steinem, and who ran into some difficulty earlier this year, is absent from the trailer. 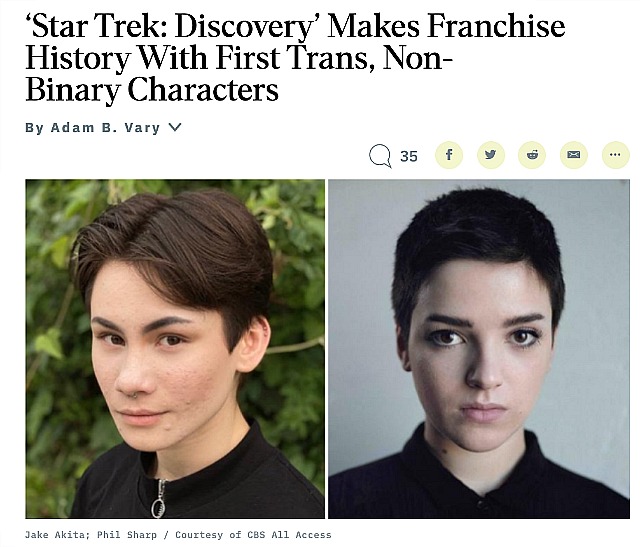 Joe Popcorn has spoken on Twitter and Reddit about the Tenet sound mix, and has largely disapproved. Ask anyone who’s seen it. The plotting is complex but at best you can hear half of the expository dialogue, and it’s allegedly maddening. (How could it not be?)

Undeterred, Variety‘s Leo Barraclough has posted one of those “Average Joes may feel frustrated but at the end of the day industry professionals probably know better, or at least are fearful of being candid” articles. The trades are brilliant at this sort of thing. 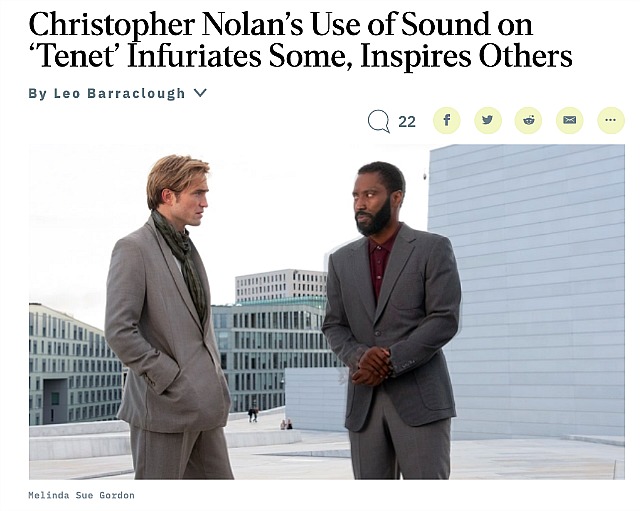 Sorry to differ with the Berlin Film Festival’s recent decision to adopt gender-neutral performance awards. Ditto Tilda Swinton‘s belief, stated hours ago at the start of the 2020 Venice Film Festival, that getting rid of Best Actor of Best Actress awards is a good thing.

“Humans are so interested in division and compartmentalizing ourselves,” she said. “As we’re really getting to understand now, this is not the way to go — dividing people up and prescribing a path for them, whether gender or race or class.”

Hollywood Elsewhere calls “bullshit” as far as gender differences are concerned. Throughout all creation and with nearly all species of life, nature has insisted upon genderism and all the accompanying differences and distinctions. In the realm of screen acting, there are certain skill sets — basic postures and attitudes and inclinations — that divide male and female thesps. Tilda may dislike this, but they’re built into biology. She can try and Khmer Rouge her way around this, but it’s a no-go.

“It’s just such a waste of life,” Swinton explained. “Life is too short for all of this. I’m really happy to hear that about Berlin and I think it’s pretty much inevitable that everybody will follow. It’s just obvious to me. The whole idea of being fixed in any way, it just makes me claustrophobic.

In Long Shot, Seth Rogen dives out of a second-floor window, crashes into a parked car, gets up, groans and runs down the street like it’s next to nothing. In No Time To Die, Daniel Craig, tethered to a rope, leaps off a medieval Italian bridge, falls 80 or 90 feet, slams into a wall, gets up, groans and shakes it off. Roberto Rossellini would have heartily approved.

I despise cyborg action sequences because they remove any sense of vulnerability, which is (profuse apologies for mentioning this) a factor that we all contend with daily.

If there’s one basic law that present-tense action directors despise, it’s the one that says “humans are not T-1000 mechanisms but flesh, blood and bone.”

Bond films respected this basic fact during the first two or three installments, but that was all but out the window by the time of Diamonds Are Forever. And then audiences fell too hard for the T-1000 action aesthetic with the release of James Cameron‘s Terminator 2: Judgment Day (’91).

I for one continue to pine for the physical realism of Steven Soderbergh‘s Haywire (’12), but an overwhelming majority has said “no” to that aesthetic.