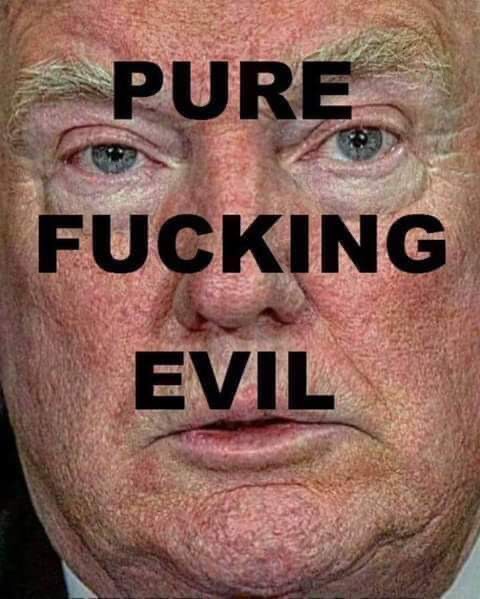 The teaser for Aaron Sorkin‘s The Trial of the Chicago 7 (Netflix, 10.16) is less ranty and shouty than I expected. Which is a good thing. It actually feels calm, centered and articulate.

We’re expecting it to be sharply written, of course, but let’s hope Sorkin keeps the “walk and talks” down to a minimum. 48-year-old Sacha Baron Cohen is roughly 16 years older than Abbie Hoffman was during the Democratic Convention demonstrations of ’68 and the subsequent conspiracy trial, and at least a head taller. Frank Langella as the scowling Judge Julius Hoffman! Alas, William (Body Heat) Hurt (listed on the Wiki page as of last night) doesn’t play Nixon’s attorney general John Mitchell. (John Doman has the role.) Beady-eyed Mark Rylance doesn’t look like William Kunstler, and he doesn’t have the room-filling baritone voice.

Jane Fonda has been looking great for decades, but at a certain point the aging process tends to overtake “touch-ups” and whatnot. She looked terrific last October at age 81, but at the same time she’d begun to look a tiny bit older, which is to say somewhere between her early to mid 70s. Which is obviously God’s natural way. But in her 9.10.20 sitdown with PBS Newshour‘s Judy Woodruff, Fonda looked amazing…like a woman in her early to mid ’60s. A good 15 if not 20 years younger. And with a great-looking new haircut. I’m not ignoring her climate-change message — I’m just saying “wow.” 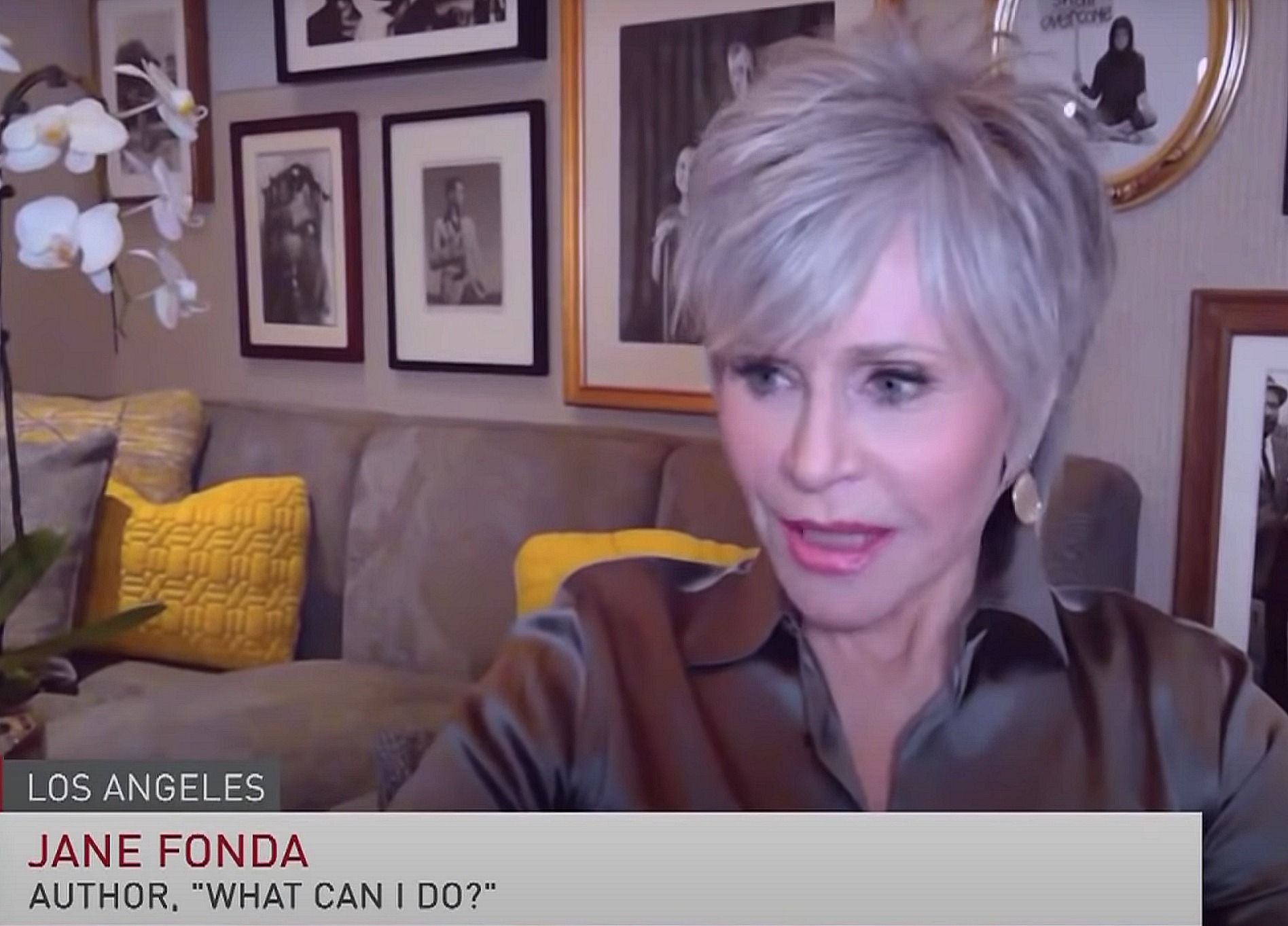 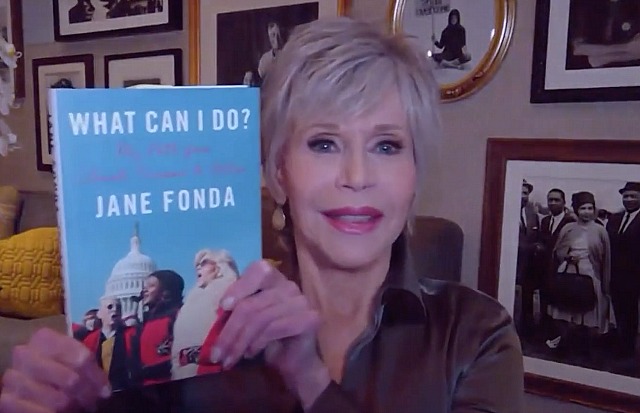 From Variety‘s Chris Willman, a Sierra Madre resident who’s coping with the possibility of smoke, flames, floating embers and whatnot:

Early this morning: “It looked like the fire was moving away, but now it’s come back south, and they’re saying it’s less than a mile from the Sierra Madre border, just over a mile from the nearest houses in town. I’m down enough blocks from the wilderness that it would have to burn through probably hundreds of houses before it got to me, and it’s slow moving enough that I think they won’t let it become an urban holocaust. I wouldn’t feel so confident if I was on one of the canyon streets here. Anyway, they’re saying we’re still probably at least a day away from having a mandatory evacuation order, if one’s going to come. I feel pretty confident I’ll be okay here, if marginally less sure than I was last night.

This afternoon: “Looking at that wall full of mostly unwatched Blurays, do I grab the Criterions, the Twilight Times or box sets first, if there’s an advance? Prioritize vinyl over CDs in all cases, or try to take time to locate the OOP CDs too? Do I need every one of the dozens of film noir books I’ve ever bought, or will just a couple do me for the rest of my days? These are the questions that occur when you’ve got tens of thousands of pieces of physical media stuffed in one house and cellar, more than could probably fit in a dozen carloads. The odds that they’d let it get down here are probably less than 1%, so not really worth the effort yet. But if that 1% came to pass, I’d be wondering why I didn’t spend days dispersing the library across Los Angeles when I had the chance.”

13 and 1/2 years ago I wrote about an evening with Walter Murch, one of the most renowned film and sound editors of our time, at the San Francisco Museum of Modern Art.

Murch’s appearance followed a screening of David and Edie Ichioka‘s Murch, a highly engaging doc that covers his career (editing of THX 1138, Apocalypse Now, The Godfather I, II and III, American Graffiti, The Conversation, The Unbearable Lightness of Being, The Talented Mr. Ripley, The English Patient) and the three Academy Award wins.

Please listen to this recording of Murch’s post-SFMOMA screening chat. Yeah, that’s me and my fractured syntax asking the first two questions.

I also asked Murch about machine-gun cutting in action movies, and at what point does it get to be too much? I was thinking at the time of the editing in 2004’s The Bourne Supremacy, portions of which had driven me crazy. Murch said audiences do indeed start to go nuts if you use more than 14 set-ups per minute.

One can obviously cut back to the same set-up — a visual point of view — within a given minute, so Murch wasn’t saying only 14 cuts every 60 seconds. Nor was he necessarily putting a limit on the number of cuts per set-up. But let’s say for the sake of simplicity that during an action sequence you use two cuts per set-up — by Murch’s rule that would mean no more than 28 cuts per minute, or a little more than two seconds per cut. That sounds too frenzied, doesn’t it? But maybe not.

Long regarded as the Yoda of film and sound editors, the smooth and avuncular Murch, 77, is presumably still going strong. For anyone willing to just sit and listen to a hugely articulate man expound on a fascinating art form. Murch’s needle-sharp vocabulary and exquisite phrasings are a contact high in themselves.

Anyway here’s another doc about Murch, recently assembled by Jon Lefkowitz, called “SIGHT & SOUND: The Cinema of Walter Murch.” Here’s (a) an introduction, and (b) the doc itself:

I didn’t see Franco’s film, but it my humble view the Konchalovsky is even-steven with the Zhao. It’s really quite stunning in its own severe but ravishing fashion, captured in bracing black-and-white and pushed along by the engine of Julia_Vysotskaya‘s lead performance, which is fierce and blistering.

This infamous atrocity, which happened under the reign of Nikita Kruschev, was about the Russian military murdering 26 Russian citizens and the wounding 87 others in an effort to discourage angry protests over increased work quotas and food prices.

The 83 year-old Konchalovsky tells the story of this massacre through the eyes of Vysotskaya’s Lyuda Syomina, a prominent communist official and true believer whose loyalties are suddenly divided when daughter Svetka (Yuliya Burova) joins the strike and then turns up missing. Naturally she freaks out and does everything she can to find out what happened.

As it turns out the most critical ally in Lyuda’s search for her daughter is not her boyfriend (Vladislav Komarov) or father (Sergei Erlish) but a low-key, taciturn KGB agent named Viktor (Andrey Gusev) who drives her around and helps sidestep some of the bureaucratic red tape, partly, it seems, because he has the mild hots for her. To describe Viktor as an unusual KGB agent is an understatement. “Ambiguous” comes to mind.

I can only emphasize how fully and completely Dear Comrades grabbed me by the throat. With a couple of minutes I was sitting up in my seat, 100% certain that I was about to see one of 2020’s finest films. I just knew. Two hours later this was confirmed.

Vysotskaya, who was actually born in Novocherkassk in ’73 (one year earlier than Tatiana), is Konchalovsky’s fifth wife. They were married 22 years ago and have two sons.

The idea behind Andrey Naydenov‘s boxy monochrome capturings was to “scrupulously” reproduce 1960s Russia, or more precisely the atmosphere of the Union of Soviet Socialist Republics under Nikita Krsuschev.

Tatiana: “Dear Comrades is a beautiful representation of the contrast between three generations of Russians.

“Lyuda’s daughter belongs to a younger generation, born right after WWII in the USSR and raised with certain beliefs and ideas in a happy socialistic future and democracy but also believing you have to raise your voice and fight for justice.

“Lyuda represents a generation born after the Revolution in 1917, and who witnessed Stalin’s rule and believed in that kind of strong dictatorial power. She mentions several times, ‘If Stalin is here, he would enforce order immediately.’

“And the grandfather represents an older generation who experienced the Tsar, Lenin, Stalin, Khruschev. He’s the only one who truly believes in God. The scene when he takes out a very powerful Russian icon out of the chest is absolutely fascinating.”

Starting in late July pro-Trump gatherings have been happening on Saturday afternoons at Beverly Gardens Park (Santa Monica Blvd. between Beverly and Canon). I knew something was up when I saw a cluster of American flags from a block away. Then I got a bit closer and saw the banners and MAGA hats.

I looked over while idling at the Beverly Drive stoplight, muttering “Jesus” under my breath. One of the lunatics (a tallish 30something guy in red shorts) caught my eye and shouted eagerly, “Hey, man…are you with Trump?” I frowned, shook my head, thumbs-down gesture. “Why not?”, he said. If I’d been a person of character and consequence I might have said, “Because he’s a sociopathic criminal moron who caused the needless deaths of tens of thousands by lying about Covid.” But I just scowled and waited for the light to change.

“Really, why not?”, he asked again. I said,”I’m not gonna engage with you.” Because really, what’s the point? A couple of other red-hat guys pointed at my Bernie ‘16 and Pete Buttigieg bumper stickers and chortled a bit (“Whoa, a libtard”). The light turned green and I drove off.

It was eerie talking with actual live specimens. It might have been my imagination but I was sensing something beastly about them — some kind of mad gleam in their eyes. The last time I’d spoken with a Trumpster was at Burbank Airport about four years ago, on my way to Telluride ‘16.