…in well over a decade. You can’t stream it for some reason. So I bought a Canadian Bluray a week or so ago. It arrived today…162 minutes! I began watching a half-hour ago, and it’s all just flooding back in. It’s glorious, perfect, a gift. The day is saved.

Simon Wincer‘s Operation Dumbo Drop (Disney, ’95) might be the only family-friendly Disney film I’ve ever half-liked. Not a great film, but a likeable, well made effort that holds back on the cutes. And for my money Ray Liotta really scores because he plays it completely straight, and then occasionally angry to great comic effect. It definitely didn’t deserve a 31% Rotten Tomatoes rating. Danny Glover, Denis Leary, etc. Did I take part in the press junket? Yes. Have I seen it a second time over the last 25 years? No, but I could.

I saw Sofia Coppola‘s On the Rocks (A24/Apple, 10.23) about a week ago, and I’ve been waiting for the spirit to seize. But nothing’s happened, and the reason is that it’s fine as far as it goes. I didn’t dislike it and don’t feel the slightest urge to put it down. It’s an occasionally amusing, reasonably decent father-daughter relationship film (Bill Murray, Rashida Jones), but it does leave you wishing it had put a little more on the plate.

It’s a marital-suspicion dramedy (“Is my husband cheating on me?”) served in a faintly bouncy, mildly entertaining fashion…okay, sometimes more than mildly. It looks good, Coppola’s script feels smooth and assured, it looks and feels well produced and has a cool Mexican detour section toward the end (i.e., a visit to Las Alamandas Resort in Jalisco, which is between Puerto Vallarta and Manzanillo) and it’s a little jaunty now and then, which is fine.

But if Murray wasn’t playing the wealthy, soft-spoken, amiably rakish dad, On The Rocks probably wouldn’t work all that well. When Murray’s on screen, it’s a fun film. When he’s not, you’re waiting for him to return. The other two principals — Jones and Marlon Wayans as Jones’ successful husband — don’t have the X-factor. They’re sufficient but Murray is the only one with any real charisma.

The best scene is when a couple of Manhattan cops pull Murray over for driving recklessly in a classic red sports car (Jones is riding shotgun) and…okay, no spoilers.

Honestly? I understand that Coppola has more or less written about her own life on some level and that Jones is the stand-in and all, and that the film is self-portraiture to some degree. I get all that. But On The Rocks would’ve been better if it had been mainly about Murray and if Jones and her possibly unfaithful husband had been a side-plo of some kind.

Incidentally: Murray’s all-white hair looks perfect, but he’s also wearing a partial rug of some kind; his trademark bald spot is missing. That or he’s been to my Prague guy.

I’m still giving On The Rocks a passing grade because it’s pretty good. It never pissed me off or made me feel irritable or bored. I’m giving it an affectionate B-minus. It’s agreeable.

Hollywood Elsewhere agrees with Wolf Blitzer (“Madame Speaker, I have only the greatest respect for you…”) and disagrees with Nancy Pelosi. People can’t wait until next February for new federal stimulus checks. (Which would be what…$400 per week rather than $600?) My heart goes out to everyone who’s panicking, struggling, worrying about everything.

82% of Americans and virtually every economist agree that we needed a new relief bill weeks ago. Congress please pass this for the American people. Nancy Pelosi say yes – this is a big win for millions of families who are hurting right now. pic.twitter.com/b5mbnot9bh

Barrett: “I certainly didn’t mean and would never mean to use a term that would cause any offense in the LGBTQ community. If I did, I greatly apologize for that.”

>
I would expand the UD definition as follows: “The act of being very pretentious about how much you care about a social issue, and also about your willingness to severely punish those whose views about this or that issue are, in your judgment, insufficient in terms of exhibiting their progressive bona fides or, you know, being on the “right” side of an issue with the “right” people. Example: Indiewire‘s punitive coverage of anything related to Woody Allen.” 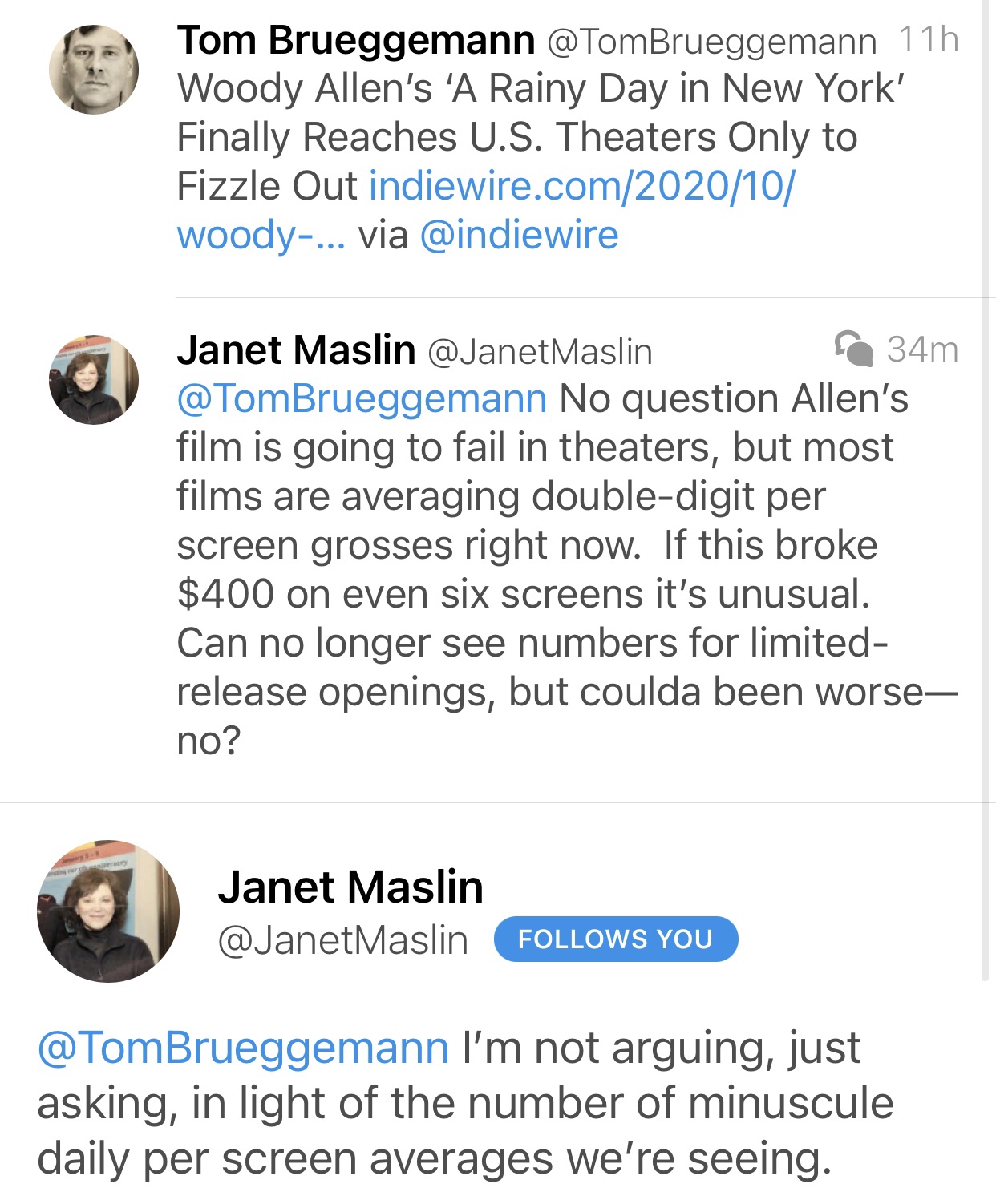 Sometime in the late ’70s a girlfriend and I caught a Mort Sahl set on the North Shore. I forget the name of the club but it was in Revere, Swampscott, Lynn…one of those towns. We arrived 15 minutes before showtime, and my heart stopped — the room was one-third filled, if that. I felt so badly for the poor guy, but you know what? Sahl came out and did his show as if he was playing to a packed house at Carnegie Hall. Which deeply impressed me. As I sat and listened and laughed, I was thinking “wow, nothing but class…this is how a professional plays to a nearly deserted room.” Grace under pressure, never say die, the show must go on.

Perhaps the Motion Picture Academy should consider the Mort Sahl example in the face of Oscar killjoys like Washington Post columnist Alyssa Rosenberg and The Ankler‘s Richard Rushfield.

They need to say that to Chloe Zhao, David Fincher, Michelle Pfeiffer, Gary Oldman, Anthony Hopkins, Frances McDormand, Delroy Lindo, Aaron Sorkin, Sascha Baron Cohen, etc. Go ahead, Alyssa and Richard — write or call or text these guys and say “Sorry, bruhs, but we think the Oscars should be cancelled because almost everyone will be watching your work via streaming, which makes us feel uneasy because this isn’t the way it’s always been, and because…well, we don’t want to sound callous but we don’t think your work is good or significant enough to merit awards attention.” 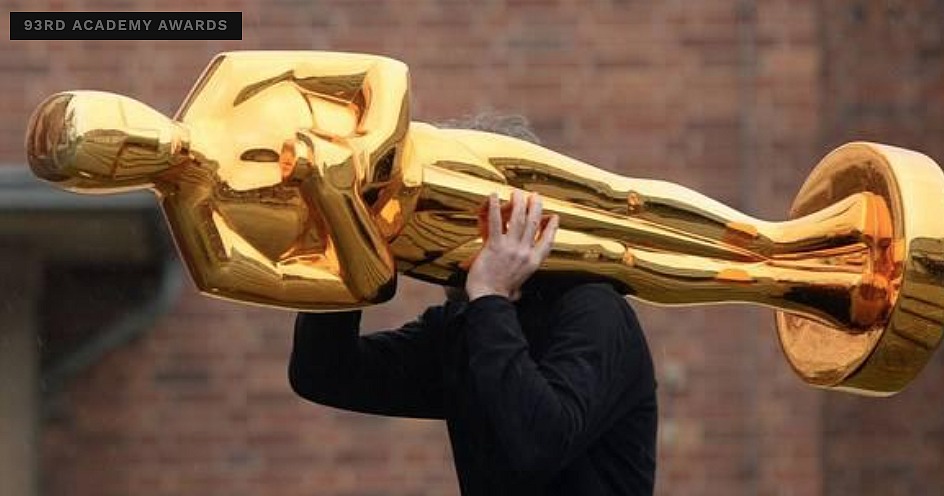 Rushfield: “The question isn’t, Should they cancel the Academy Awards? The question is: What the hell can they possibly be thinking [by] not canceling it?

“The reason why,” he says, is “BECAUSE THERE ARE NO MOVIES [THAT] MORE THAN A HANDFUL OF PEOPLE HAVE SEEN! How do you have a celebration of movies when there are no movies?

“You may have noted over the past few years that Oscar’s transformation into a celebration of quirky and independent films only seen by a handful of people hasn’t exactly done wonders for the viewership. This drift has succeeded in chasing away a giant swath of Oscar’s audience, which is roughly half of its peak 20 years ago.

“Given that, how do you suppose the viewership will react when they put on a show not only celebrating films seen by a small number of people, but films seen by no one?”

HE to Rosenberg and Rushfield: Because I went to sleep dreaming life was beauty, and I woke up knowing that life is duty. Grownups aren’t allowed to go “waahhh” when things are tough. You don’t get to pull the plug on a 92-year-old annual awards show because it’s raining outside or there aren’t enough movies or there aren’t enough people in the room. You do it because you need to hold your head high and make the best of whatever the situation is…period. The torch must be held aloft. Think of the eternal flame that’s been burning over JFK’s grave for nearly 57 years. Allowing it to go out is unthinkable. The general attitude about the Oscar telecast should be no less steadfast.

Okay, maybe the lineup isn’t so hot this year for obvious reasons. Yes, it’s unfortunate that Deep Water, Dune, The French Dispatch, In the Heights, The Many Saints of Newark, No Time to Die, Top Gun: Maverick and West Side Story have been withdrawn and bumped into ’21. But only about a third of these titles, if that, had any real shot of being Oscar-nominated in whatever category.

2020 will always be remembered as a weak year, the Covid plague year…agreed. But it is what it is, and many excellent films are being streamed and shown at drive-ins, and let’s face the fact that streaming is the way things are these days and where a good portion of the business is going. Do I love this? No, I’m a theatre-and-popcorn guy, but it’s how things are.

Consider the wise words of Awards Daily‘s Sasha Stone, in a 10.12 piece called “Cancel the Oscars? How About We Reimagine Them?” In a nutshell: “The Oscars are representative of the year in film. This year that means film via streaming, but it’s still the year in film. This is an opportunity to test that out because streaming is the future, like it or not. It’s also a good chance to award some women and women of color, since that also has to be dealt with. It’s also the last year where they don’t have to name ten films so it also fits in that way. They only need five.”

Variety‘s Clayton Davis has also spoken eloquently about this — the piece is called “Why Moving Ahead With the Oscars Is the Right Thing to Do.” 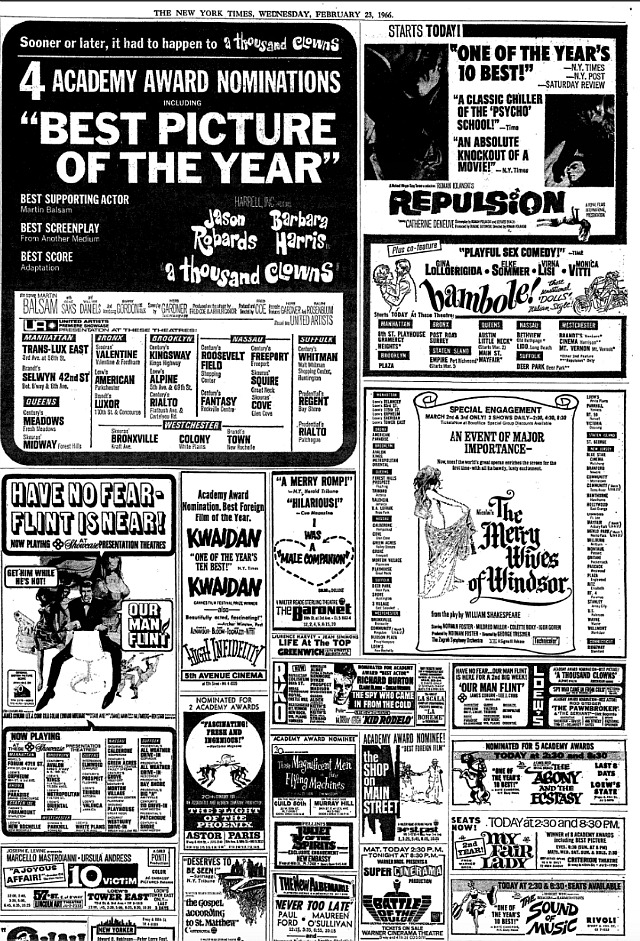 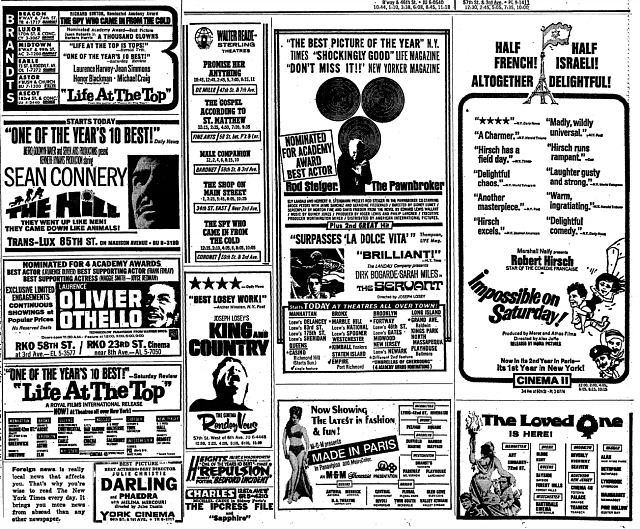 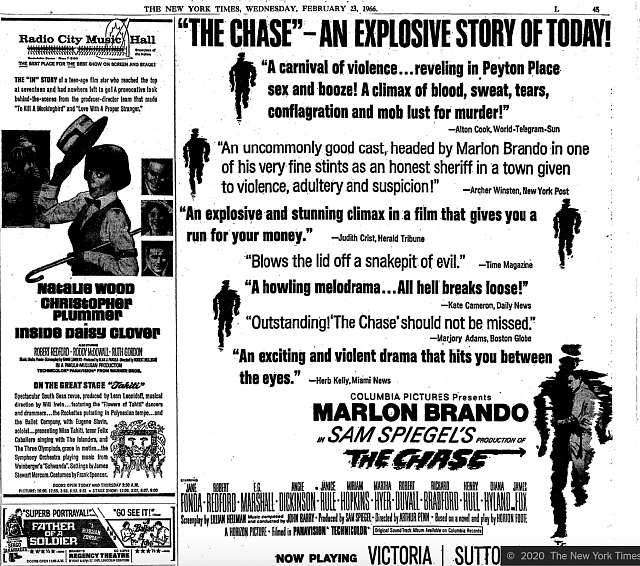