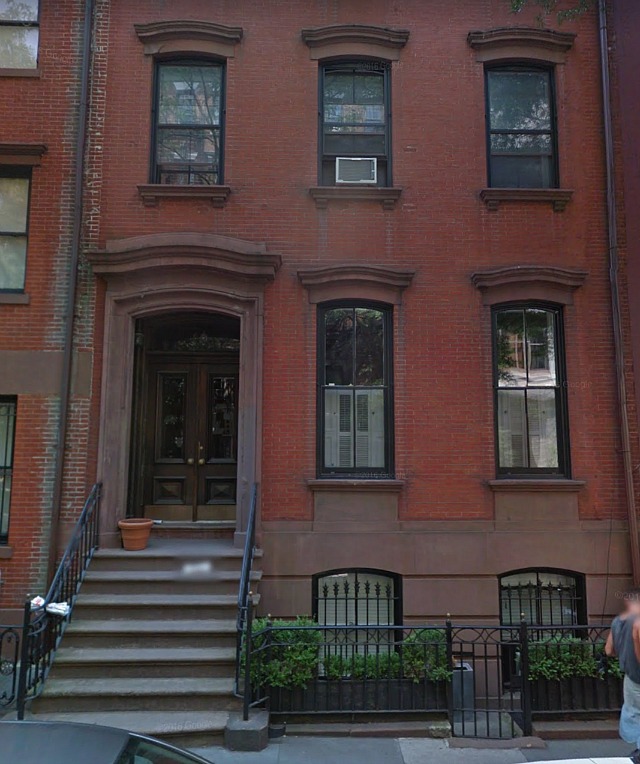 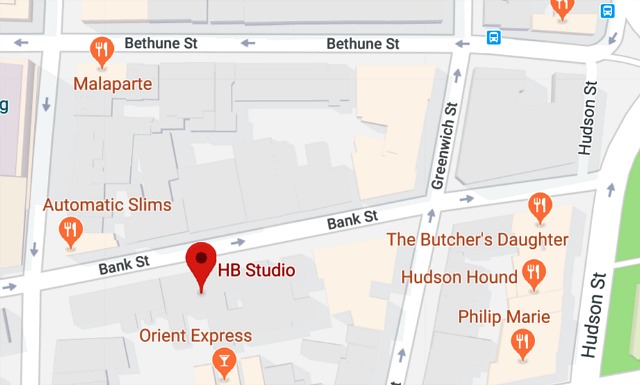 Yesterday morning Gerald Peary launched a Facebook quiz about leading men who’ve worn glasses. But with several restrictions. Only in the case of the main lead character, and only in Hollywood-made features released between 1930 and 1980. And it can’t be a biopic like The Benny Goodman Story or The Glenn Miller Story (which should have been called Moonlight Serenade). And the character has to be under 50, so he’s not wearing glasses due to old age. And it can’t be Harold Lloyd, who always wore them. Or Gene Hackman in The Conversation. Despite all this the post has attracted 346 comments. 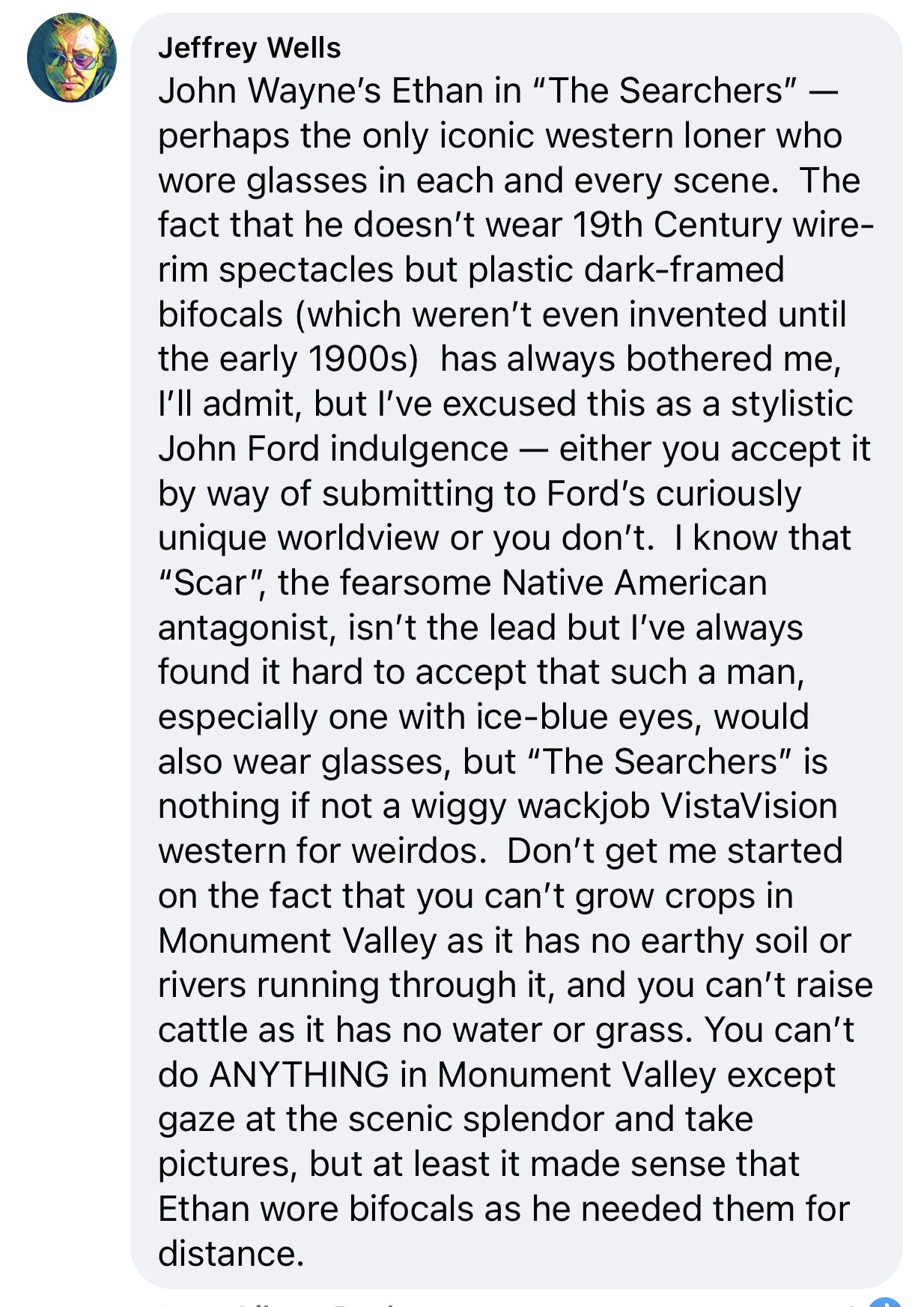 The second-to-last scene in Land of the Pharoahs is about Joan Collins‘ Princess Nellifer receiving a death sentence. She learns that she’s been deceived into allowing herself to be trapped inside the pyramid tomb of Khufu (Jack Hawkins). Trapped in an airless chamber with Khufu’s trusted friend and ally Hamar (Alex Minotis), 20 or 30 bald-headed slaves and a few torches. No escape, no food, no air-conditioning. So how does death come about? Does everyone just sit around and wait for weakness and slow suffocation to settle in? Or would some choose suicide by dagger? Even when I first saw this on TV I wondered if everyone would behave honorably or if the slaves would take advantage of this situation as far as Nellifer was concerned. Obviously a grim scenario no matter how you slice it.

37 Comments
As Good A Person As Joe Biden Is….

And by the way, anyone who thinks there’s any value or intrigue to bringing fresh scrutiny to Hunter Biden‘s personal failings is delusional. If there’s one thing that American families know about, it’s dealing with a bad-seed son, brother, brother-in-law, nephew or next-door neighbor. Alcoholism, drug abuse, self-destructive behavior…everyone’s either been through it or knows someone who has. It’s tragic but it happens. It’s certainly too common to be a thing. 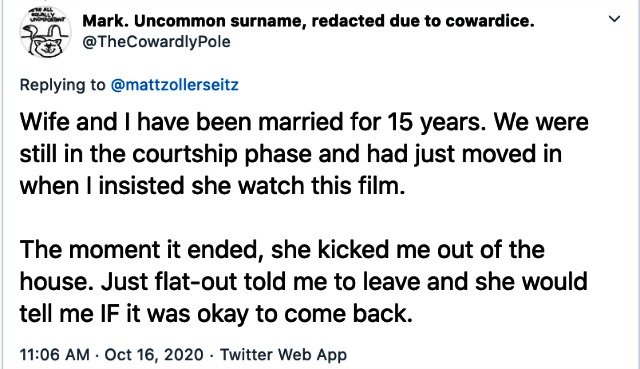 One look at Bettany tells you his character probably isn’t straight — the slender frame, the moustache, the extra-precise cut of his sports jacket, the way he holds his cigarette and touches his sternum during solemn discussions. His extended South Carolina-residing family senses something different about him, but they don’t spot the specifics. Or would rather not.