“What, today, is leftism, at least when it comes to intellectual life? Not what it used to be. Once it was predominantly liberal, albeit with radical fringes. Now it is predominantly progressive, or woke, with centrist liberals in dissent. Once it was irreverent. Now it is pious. Once it believed that truth was best discovered by engaging opposing points of view. Now it believes that truth can be established by eliminating them. Once it cared about process. Now it is obsessed with outcomes.

“[And] once it understood, with Walt Whitman, that we contain multitudes. Now it is into dualities: We are privileged or powerless, white or of color, racist or anti-racist, oppressor or oppressed.” — from “Groupthink Has Left the Left Blind“, an 11.16.20 N.Y Times column by Bret Stephens.

Last night I finally saw Ma Rainey’s Black Bottom (Netflix, 12.18). It’s an Oscar contender, all right — Best Picture, Viola Davis for Best Actress and especially the late Chadwick Boseman for Best Actor. Whatever the consensus about artistic chops may be in the long run (guild and Academy members will probably view it favorably), the Oscar odds will certainly be fortified by cultural and political factors. Which are always factors in each and every Oscar race anyway.

The bottom line is that Ma Rainey is a respectably articulate and justifiably angry film on its own terms, and is certainly well written (albeit in a stagey theatrical style) and well performed.

I’d never seen the 1982 August Wilson play that Ruben Santiago Hudson‘s screenplay is based upon, but I knew what the basic bones would be about. Set in 1920s Chicago, it’s about white recording producers not treating black performers (like Davis’s Rainey and Boseman’s “Levee”) with sufficient deference and financial respect, and this vague back-of-the-hand treatment resulting in a certain amount of rage and self-destruction.

I’m talking about producers dismissing original creations and not offering enough compensation, and at the end of the day hiring white musicians to perform black music — a syndrome that infamously persevered during the ’50s with black r&b artists like Little Richard supplanted by white rockers like Elvis Presley.

So I knew what Ma Rainey basically was, but I was surprised to find it darker, blunter and more searing than expected. Especially regarding the fate of one of the characters whose name is not part of the title. It’s fair to mention that Ma Rainey delivers a shocking, tragic ending.

That said I don’t personally feel that it has quite the heft and breadth of The Trial of the Chicago 7 and Mank, the other two big Netflix Oscar contenders. But it’s a standout package.

Boseman has a big moment when he recalls personal tragedy and heartbreak regarding his late mom…this is the scene that will put him over as a Best Actor contender. That plus the fact that fate recently dealt a rotten hand to the poor guy, who was only 43 and had everything to live for. But what if cancer had passed him by? Would he still be a Best Actor favorite like Network‘s Peter Finch and The Dark Knight‘s Heath Ledger, who were both nominated and awarded posthumously ? I don’t know the answer but it’s fair to ask this, I think.

Paul Greengrass and Matt Damon‘s The Bourne Ultimatum opened a little more than 13 years ago. What’s changed since? How are things different culturally, cinematically, politically? I’ll tell you what’s different. In the below clip (1:35) Julia Styles‘ Nicky Parsons character tackles a North African bad guy (Joey Ansah‘s “Desh Bouksani”) in a Tangier apartment, but is quickly slugged and thrown to the floor. End of resistance.

Why? Because Nicky is no match for the guy. She gives it hell but isn’t strong or aggressive enough, or sufficiently skilled.

That shit would not fly today. In The Bourne Ultimatum was being shot right now Styles’ character would get into a serious martial-arts slugfest with the Desh guy. Full-on Bruce Lee stuff. No way would the Khmer Rouge allow her to just get slugged and tossed. Women are just as physically formidable as guys these days. New era, new rules…right?

I can’t decide which adjectives or catch phrases to use in this review of Paul Greengrass ‘s The Bourne Ultimatum (Universal, 8.3). I’m really kinda stuck. Pulse-pounding, edge-of-your-seat, bobsled, warp-speed, heart-in-your-throat…how many hundreds of times have I read those terms? It’s gotten so they don’t mean very much.

But this final Bourne flick does, I feel, “mean” something. That is, apart from the fact that all I could say for the first five or ten minutes after coming out of last night’s screening was “whoa” and “wow.”

The Bourne Ultimatum is, naturally, one steroid orgasm action blast after another, but that’s expected. What else could it be with those two super-Bourne‘s before it? So let’s try and quantify. I think it’s an action movie milestone in two ways. One, by pushing the velocity-junkie aesthetic to new super-pleasurable extremes. And two, by being so good at this go-fast game that you don’t care that those hallowed dramatic substances — character brushstrokes, echoes, deep-down emotion, dialogue that addresses something besides story points. — are all but absent. You just don’t care. You’re in adrenaline heaven.

The best analogy I can think of is William Friedkin‘s subway-chase sequence in The French Connection, which lasted…what?…12 or 13 minutes? The Bourne Ultimatum runs 111 minutes and it has, at the most, 12 or 13 minutes of down time. The basic action-movie manual says you’re supposed to let the audience catch a breath between “musical numbers.” Ultimatum has a few of these, short ones, but they’re all assessment scenes about what just happened or what may be coming ’round the bend. You never feel as if Greengrass is downshifting to any serious degree (i.e., no sensitive love scenes, no “I’m tired and I need to sleep,” no talking softly while cooking in the kitchen).

3 Comments
It Happened in Brooklyn

The last time I was astonished by the idea of a civilian firing a flame-thrower in a public area was 37 years ago, during my first viewing of William Friedkin‘s Deal of the Century (’83). It happened again last night in Brooklyn, only this time the flame-thrower operator didn’t appear to be a born-again Christian and there was no hot-tempered Latino guy goading him into action.

The New York Post reports that last night’s stunt “was part of a Wu-tang tribute music video by local rapper Dupree G.O.D., according to his social media.” 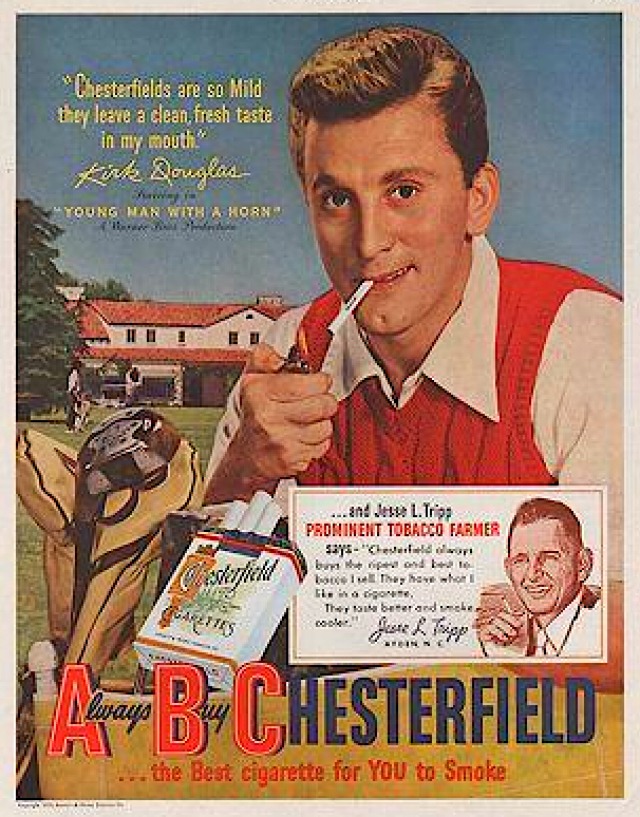 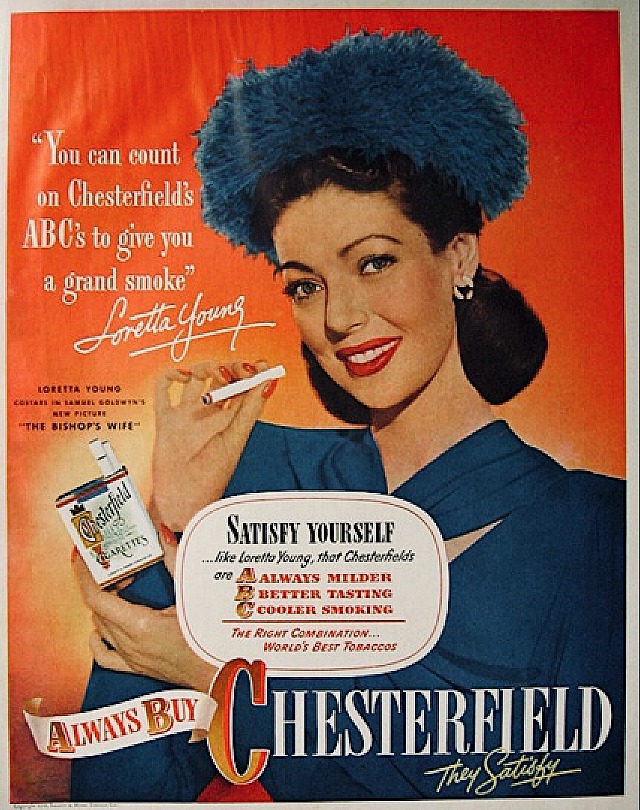 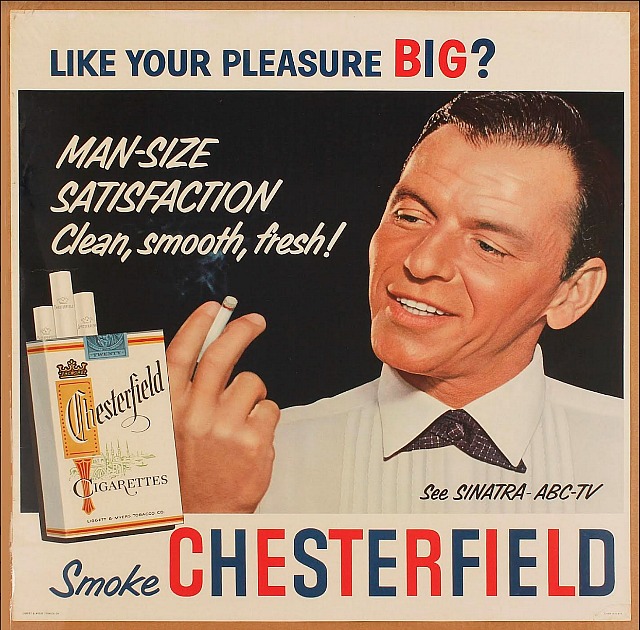 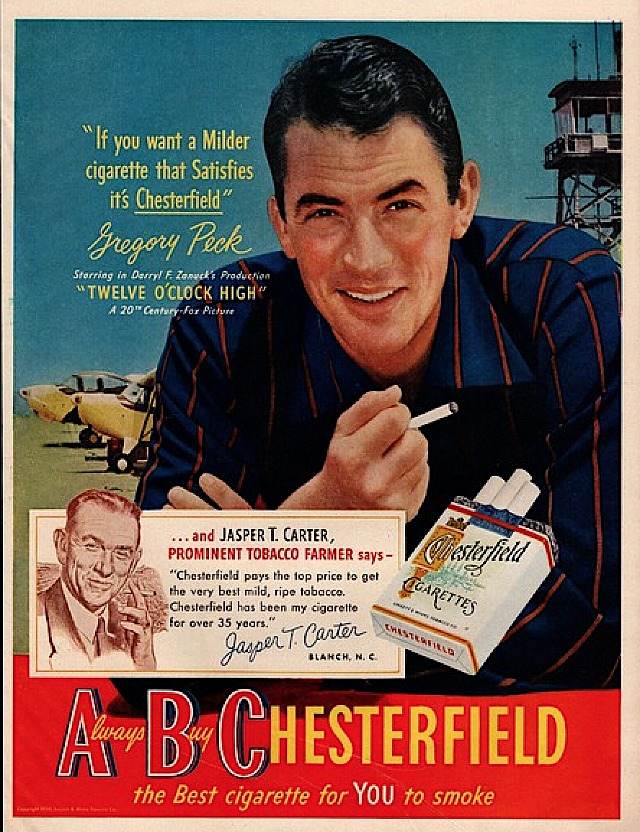 “In the early aughts screenwriter William Goldman (Marathon Man, All The President’s Men, Butch Cassidy and the Sundance Kid) explained what a ‘drop-out’ moment is — i.e., when something happens in a film that just makes you collapse inside, that makes you surrender interest and faith in the ride that you’re on. You might stay in your seat and watch the film to the end, but you’ve essentially ‘left’ the theatre. The movie had you and then lost you, and it’s not your fault.” — from “Drop-Out Moments,” posted on 4.11.17.

After too much delay, Hollywood Elsewhere sat down last night and consumed the first three episodes of Scott Frank‘s The Queen’s Gambit. Now I know why it’s so popular. Then again three fucking hours on the couch and another four to go.

I don’t like binge-watching unknown quantities as a rule, although I’ll gladly and happily gorge myself on a longform series if I know and admire the creators (like with Joe Penhall and David Fincher‘s Mindhunter). Yes, I’ll definitely be watching the remainder of The Queen’s Gambit. And yet (and this is important) with reservations.

I went with it for the most part, and especially when chessmaster Anya Taylor-Joy began to defeat all those presumptuous and in many cases arrogant male opponents. It hooked me good and proper, partly because I love watching geniuses dominate the also-rans while re-ordering the known universe. I don’t like alcoholism or drug-addiction stories for the most part because they’re all the same thing, but I’ll tolerate them if the addicted protagonist is brilliant or clever or inventive enough.

But I dropped out at the very end of episode #1, and as a result stopped investing. And so my current attitude is “I like The Queen’s Gambit but I don’t trust it.” Because the stealing-the-sedatives scene is completely ridiculous.

As a young teenager, Taylor-Joy’s Beth Harmon may be emotionally uncertain or naive but she’s obviously a strategic genius in terms of outwitting her opponents. And yet we’re asked to believe that Beth is the world’s stupidest and clumsiest thief when it comes to ripping off handfuls of green-and-white pills from a locked office inside the orphanage.

She decides to make her move while kids and staffers are watching a 16mm showing of Henry Koster‘s The Robe (’53), which lasts 135 minutes. Beth may not know the exact running time, but most films are between 95 and 115 minutes, and any idiot looking to steal drugs during a movie knows that the smartest time to slip out would be around the halfway mark, at which point the audience is fully engaged (unless the film stinks) and less interested in the whereabouts of a young girl who’s gone to the bathroom.

So does Beth make her move around the one-hour mark? Of course not. She waits until the very last scene, when Richard Burton and Jean Simmons are being sentenced to death by Jay Robinson and the 16mm spool of film has nearly run its course.

You can say “but Beth is so addicted to sedatives that she’s lost her mind and all powers of reasoning.” Bullshit. Smart people might act foolishly or irrationally, but they never behave like morons. Addicts value getting high more than anything else in the world, and will use every clever gambit and connivance they can think of to score a good supply of whatever.

And then it gets even crazier. When Beth finally gets her hands on the big jar she wolfs down several pills (at least 10 or 15) while stuffing her pockets. And then she collapses from an overdose less than a minute later, even though it always takes at least five or ten minutes for drugs to enter your bloodstream. And then she drops the glass jar and it shatters on the floor and blah blah.

The scene is just absurd, and it told me that as good as the series is for the most part, Frank and co-creator Allan Scott are willing to fiddle around and flim-flam for the sake of fleeting impact, and so I couldn’t watch the rest with any sense of faith. And when faith goes, belief goes. And when belief goes, caring quickly dissipates. And that leads to alienation.