Being cheap and all, I’ve never once ordered food or drink on my own dime at 21 (21 W 52nd St, New York, NY). But I’m happy and gratified to note that I attended several Peggy Siegal press luncheons there during the mid to late aughts. Great times, classic vibes, Sweet Smell of Success, the ghosts of Tony Curtis and Burt Lancaster, etc.

But now comes word that 21, a four-story establishment which opened in 1929, is closing down for good. Another Covid victim.

New York Post‘s Ian Mohr and Elizabeth Elizalde are reporting that the club’s 148 employees have been told that they’ll be cut loose as of early March.

Then again a 21 spokesperson has told Mohr and Elizalde that “the company is exploring potential opportunities that will allow 21 Club to remain a viable operation in the long term, while retaining its distinctive character. At this early stage, we are not ready to announce any final concept or timeframe, but the vision is that 21 Club will always remain an important social and cultural hub and icon of New York, one that is well positioned to fulfill its role in the City’s exciting future when the time comes.”

In other words they’re hoping to relaunch with new financial partners when the pandemic ends, or otherwise sell the brand outright. 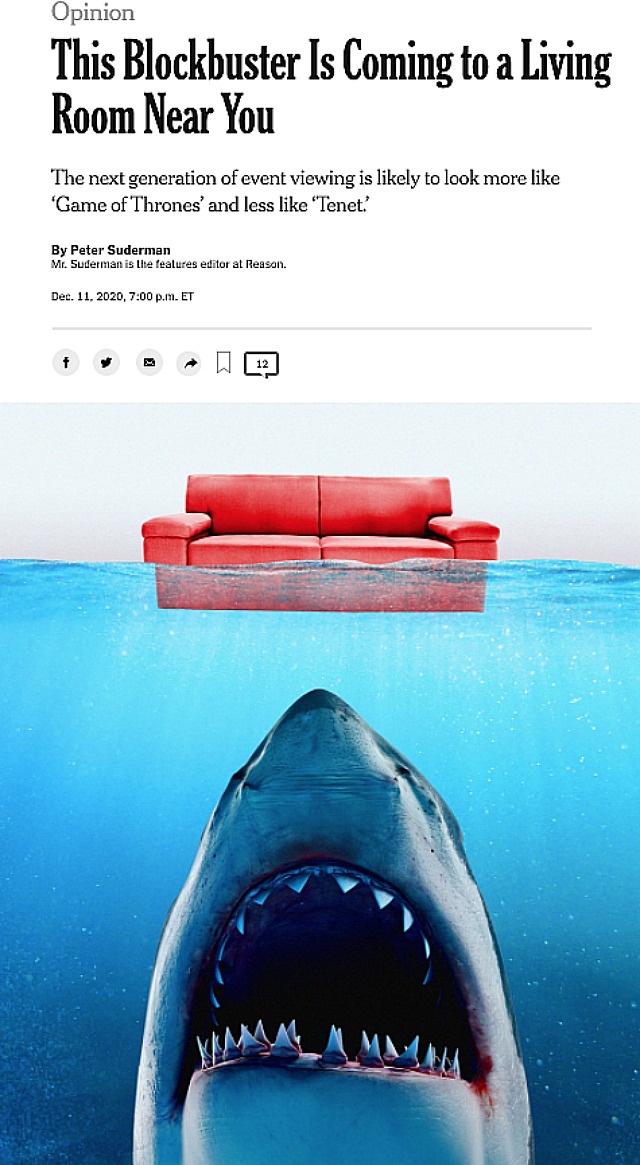 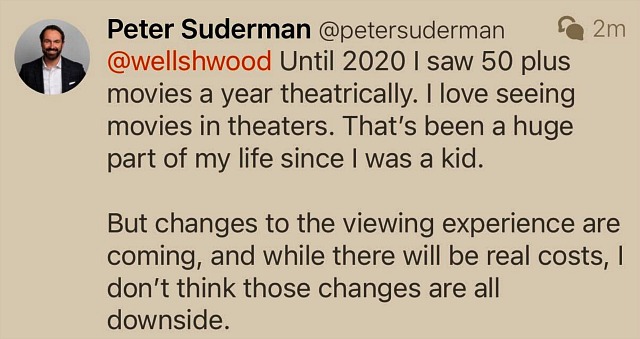 Paul Greengrass‘s News of the World is basically a 19th Century horseback relationship drama between a widowed Civil War veteran (Tom Hanks and a young German girl (Helena Zengel) who was taken from her parents and raised by Kiowas. Hanks’ Captain Jefferson Kyle Kidd, who earns survival money by reading newspaper stories to small communities, struggles to deliver the girl (whose German name is Johanna) to a bumpkin aunt and uncle in southern Texas, seemingly in the vicinity of San Antonio. Difficulties abound, ornery varmints threaten, two or three rainstorms descend, physical disasters (including a blinding dust storm) keep a comin’.

Please answer (a) yes, (b) no or (c) disagree with an explanation:

2. The adjectives or phrases that come to mind are “assured,” “atmospherically authentic”, “properly attuned to the 19th Century pace of life”, “True Grit-ish” and “somewhat predictable but not in a  hugely problematic way.”

3. It’s a steady-groove, life-can-be-brutal, long-hard-journey thing. The performances, the screenplay (by Greengrass and Luke Davies), the cinematography and the trustworthy realism hold you.

4. Hanks’ Kidd character reminded you of Edmond O Brien’s Freeide Sykes in The Wild Bunch — yes, no, kind of, not really.

5. Hanks plays his usual patient, soft-spoken man of decency. Kidd is probably his best role and performance since…Cast Away?

6. News of the World is an entirely decent and respectable film. You can see where it’s heading from 100 miles away, but it’s the journey that counts.

“I’ve learned…that Warner Bros. has decided to release Dune on HBO Max at the same time as our theatrical release, using prominent images from our movie to promote their streaming service. With this decision AT&T has hijacked one of the most respectable and important studios in film history.

“There is absolutely no love for cinema, nor for the audience here. It is all about the survival of a telecom mammoth, one that is currently bearing an astronomical debt of more than $150 billion. Therefore, even though Dune is about cinema and audiences, AT&T is about its own survival on Wall Street. With HBO Max’s launch a failure thus far, AT&T decided to sacrifice Warner Bros.’ entire 2021 slate in a desperate attempt to grab the audience’s attention.

“Warner Bros.’ sudden reversal from being a legacy home for filmmakers to the new era of complete disregard draws a clear line for me. Filmmaking is a collaboration, reliant on the mutual trust of team work. Warner Bros. has declared they are no longer on the same team.

“Streaming services are a positive and powerful addition to the movie and TV ecosystems. But I want the audience to understand that streaming alone can’t sustain the film industry as we knew it before COVID. Streaming can produce great content, but not movies of Dune’s scope and scale. Warner Bros.’ decision means Dune won’t have the chance to perform financially in order to be viable and piracy will ultimately triumph.

From “Ringing Your Curtain Down“, posted on 10.11.20: “The reviews are correct, the rumors are true: Michelle Pfeiffer has lucked into the best role of her life in Azazel Jacobs‘ French Exit (Sony Pictures Classics, 2.12.21), a sardonic “comedy” with a gently surreal quality around the edges.

“Which means that it’s not all that surreal, or at least not to me. A talking deceased husband (Tracy Letts) inhabiting the body of a cat or cryptically conversing with his widow and son during a seance…whatever. What French Exit is really about is dry gallows humor by way of a certain kind of “I won’t back down” resignation. And within that particular realm it’s very, very good.

To me, Real Time with Bill Maher is comfort therapy. As a fellow New Jerseyan (I was painfully raised in Westfield — Maher grew up in River Vale) I understand Maher’s Irish Catholic imprint and sardonic world view. And I’m often fortified by his “New Rules” sermons. And yet, between seasons, I have to do without the show for weeks at a time. Which is distressing. It’s not the laughter but the hometown comfort factor. Season 19 kicks off on 1.15.21.

As much as I respected and went with Steve McQueen‘s Lovers Rock (Amazon Prime, 11.20), it was obvious early on that it was basically a spirited mood piece — a 68-minute film about a house party in 1980s West London…love (mainly the current between Micheal Ward and Amarah-Jae St. Aubyn), lulling vibes, singing, throbbing raggae, spicy food, etc. No story, no narrative…an agreeable “hang”.

And then I saw McQueen’s Mangrove, a gripping, well-throttled political drama which echoes and parallels Aaron Sorkin‘s The Trial of the Chicago 7. I knew soon enough I was watching something utterly transporting and first-rate — a fact-based, racist-cops-vs.-neighborhood-activists drama set in late ’60s and early ’70s London, and about as fully satisfying as something like this (concluding with a courtroom drama) could be.

I decided the next day that Mangrove was my favorite 2020 film, even though Amazon has decided that it’s not an Oscar contender (although it should be).

And then I read the just-posted Sight & Sound roster of the 50 best films of 2020, and of course they’ve got Lovers Rock in the #1 slot and Mangrove at #13…naturally!

Garrett Bradley‘s Time (Amazon Prime, now streaming), an 81-minute doc about a wife fighting for the release of her incarcerated husband, serving a 60-year sentence for bank robbery, was ranked at #2. Kelly Reichardt‘s First Cow has the #3 position, Charlie Kaufman‘s I’m Thinking of Ending Things is #4, and Rose Glass‘s Saint Maud is ranked fifth.

You can always rely on the Sight & Sound fraternity to convey dweeb values.