Keith Olbermann can come off as strident and overheated, I realize, but he’s precisely right in this instance. Every word is appropriately chosen. Yes, Ted Cruz and the other Senators intending to object to the confirmation of Joe Biden on 1.6 (Wednesday) are merely looking to “perform” for the bumblefucks, hoping that memories of their grandstanding will linger into the ’22 and ’24 election cycles. The term “sociopathic swine” certainly applies; ditto “scum.” 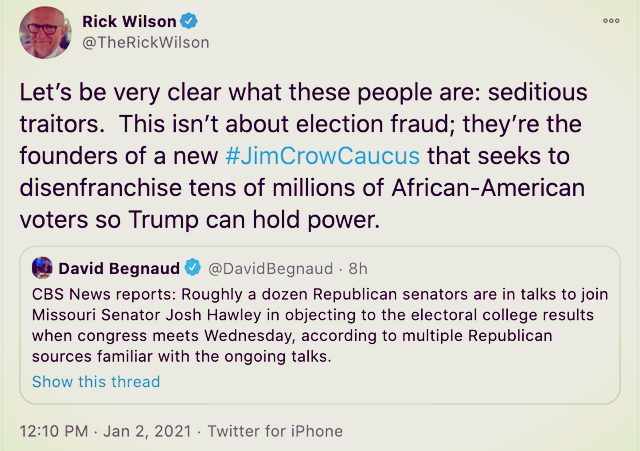 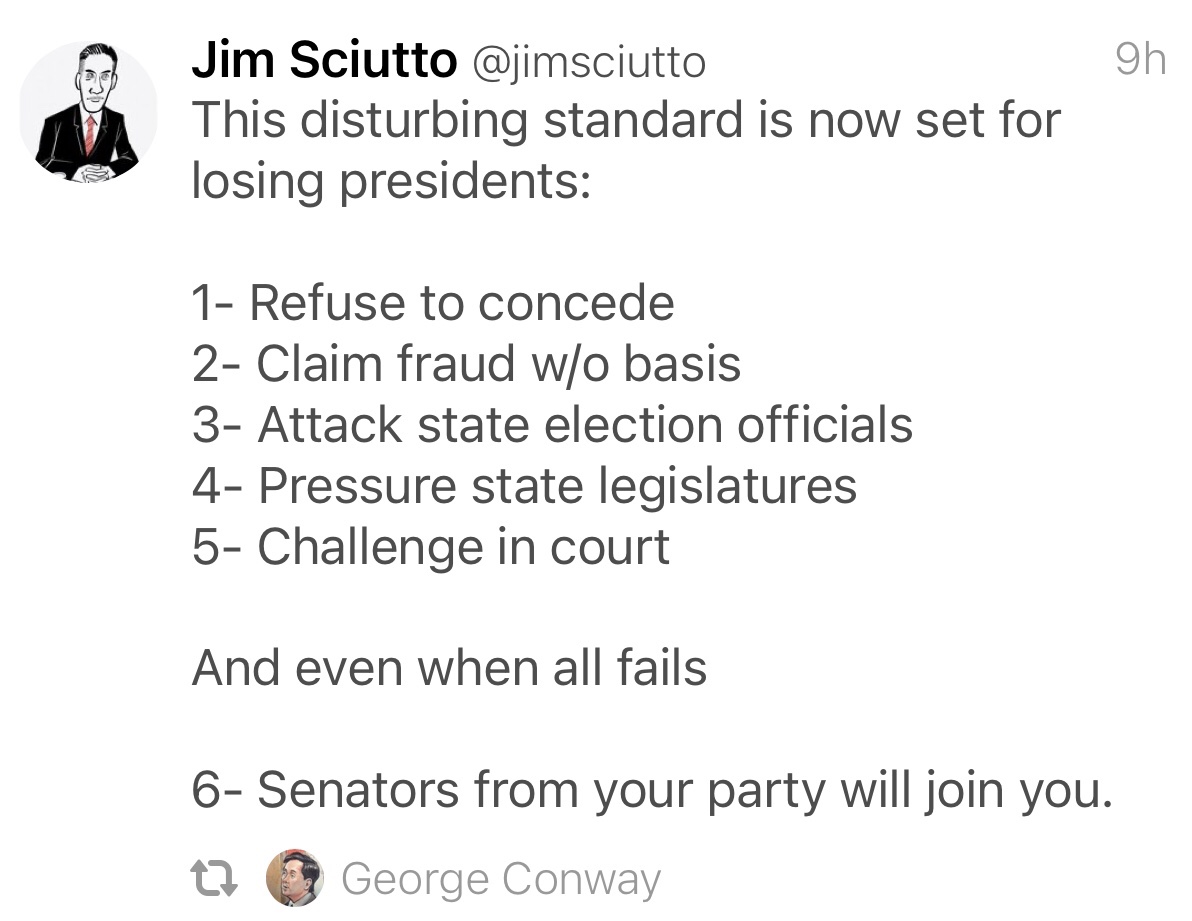 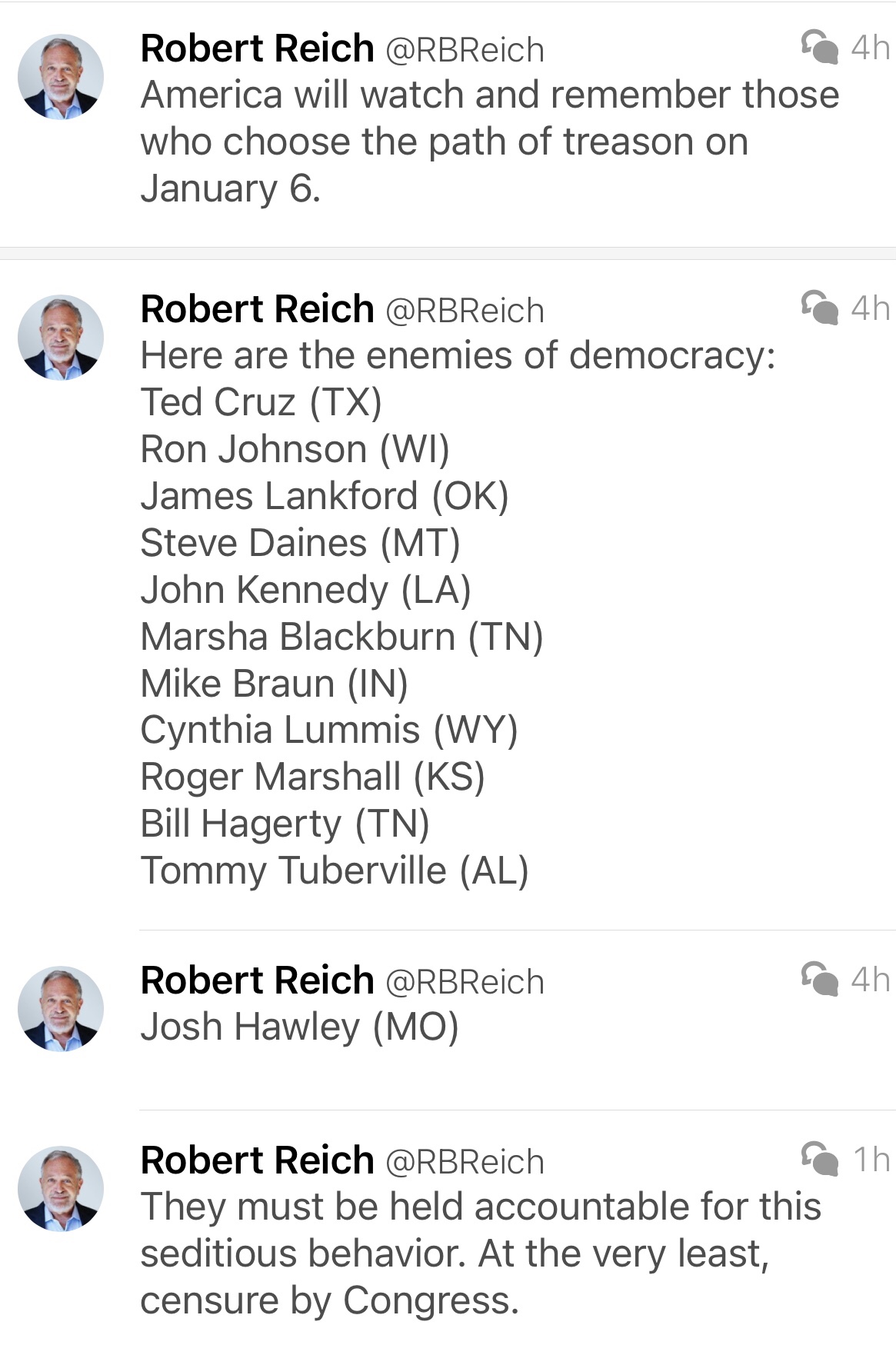 It’s actually a photo of 23 year-old Martin Scorsese in 1966, when he was a student at the Tisch School of the Arts. This was roughly a year before he made The Big Shave, the bloody Vietnam-inspired shaving short. Right after that came I Call First, which was later retitled Who’s That Knocking at My Door (’68). I don’t know which was completed or shown first, but I’m presuming Who’s That Knocking came second. 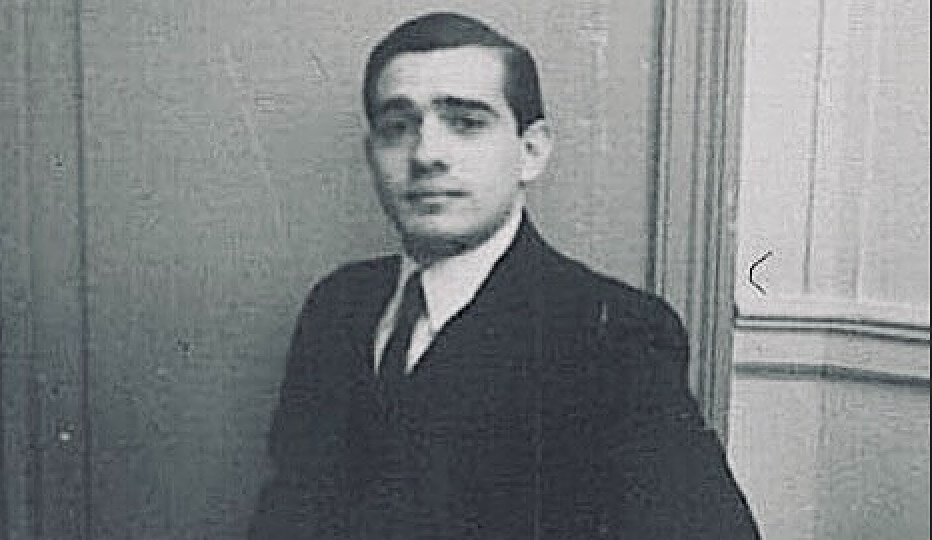 Apparently there’s some kind of hardcore rightwing contingent in Georgia that’s against Republican Senatorial candidates Kelly Loeffler and David Perdue. Anything that appears to help Rev. Raphael Warnock and Jon Ossoff is a welcome development, but I’m not understanding why this is happening. If anyone can explain in 50 words or less… 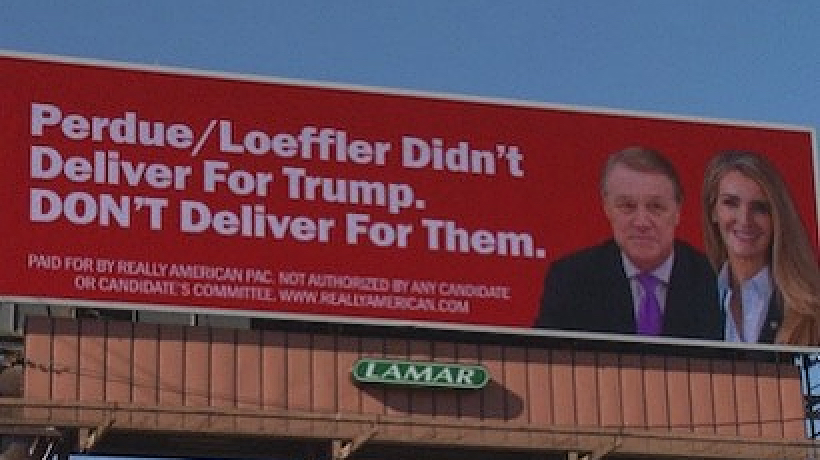 Back in the mid to late aughts the perfect HE software was provided by Picnik — loved it. Then Google shut it down in April 2012 and replaced it with PicMonkey, to which I’ve subscribed for the last eight and 2/3 years.

After a few years PicMonkey was taken over by Shallow Hals who decided to jettison the allegiance of bare-bones workhorse types like myself in favor of vapid, ADD-afflicted, selfie-taking, social-media frequenters. They kept classic PicMonkey going as “old” PicMonkey, but shut that site down on 1.1.21.

I quit them this morning, and started up with NCH Software’s PhotoPad Professional, which is slightly more complex but not too much of a challenge. 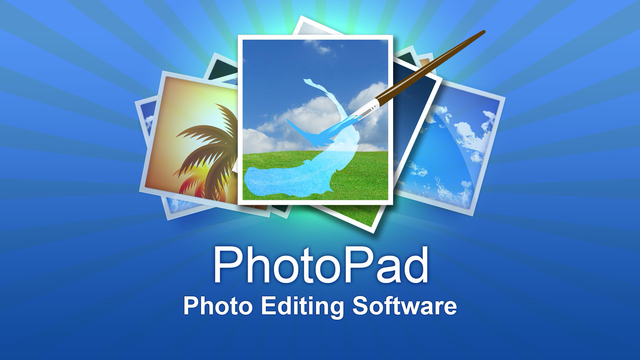 Condensation of a seminal 9.30.20 post, reconsidered in the light of a new year and a new climate: The daily HE grind is a bear. It’s tough to push out four or five riffs or rants or reviews in exactly the right way. Sometimes a column piece won’t really read right until I’ve edited it over a 12-hour or even a 24-hour period, and even then it sometimes feels a bit off.

I only know that I need to calm things down and not push quite so hard. I learned the value of “less is more” back in the ’70s, but I need to re-apply it. A voice is telling me this, or more precisely a whisper. Which is how inspiration always makes itself known.

To echo that great South African critic and cinematic seer Guy Lodge, “What a brand!”

Over the last 22 years Hollywood Elsewhere (including the early expressions on Mr. Showbiz, Reel.com and MoviePoopShoot) has gone through four phases.

First was the frank, occasionally tart, sometimes bludgeony attitude that began with the October ’98 launch of Mr. Showbiz, and which ended in April ’06 when I junked the twice-weekly column posting with “The Word” (short items) and shifted into a daily bloggy-blog format.

HE output increased greatly after that, and built up steam between ’06 and ’12 — a somewhat more gushy, stream-of-consciousness tone began to take over, and with that a certain…well, brashness-and-buckshot approach from time to time. Not always but now and then.

Phase Three began to take hold when I embraced sobriety on 3.20.12. The effects of a dry lifestyle are always gradual and drip-drip-drip (and sometimes one step forward and two steps back), but the wild and woolly era of ’06 to ’12 began to downshift in…I don’t know, ’13 or thereabouts. Certainly by early ’14.

Phase Four began in early ’18 when the wokester Robespierres began to seize the reins and go after transgressors, and despite the fact that my sins have never been about anything other than being overly mouthy and intemperate within the confines of the column, things became to get increasingly combative and punitive. A consensus began to take hold that I was some kind of obstinate shitheel and that I needed to dial it down and eat a little humble pie. More and more the title of this column became Hollywood Elsewhere: Under Siege. 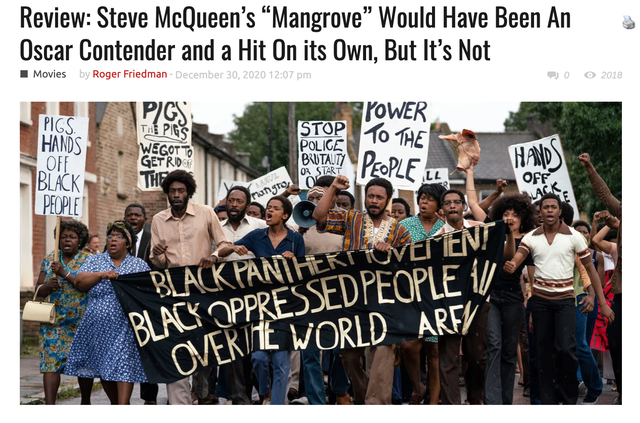 8 Comments
Why The Delay?

According to host Lawrence Krauss, this almost two-hour Origins podcast with Woody Allen was recorded “earlier this year, before the pandemic.” It was done to promote Allen’s “Apropos of Nothing,” which published on 3.23.20. The pandemic became a widespread thing earlier that month, so they presumably spoke on or about 3.1.20 or perhaps in late February.

And yet the Allen chat didn’t appear until yesterday — Friday, 1.1.21.

“Final ‘Apropos’ Conclusion,” posted on 3.29.20: Most of us understood from the get-go that Woody Allen‘s “Apropos of Nothing” would be regarded through #MeToo-tinted glasses. Some in that camp are saying “I don’t think I can read this thing” (an actual Dana Harris tweet) and that’s fine. They’re excused. Nobody expected them to be attentive or fair.

Certain resentful, pissy-minded book reviewers are coughing up the usual bile. USA Today‘s Barbara VanDenburgh: “As if coping with the ravages of a global pandemic hasn’t made life unpleasant enough, now we’ve all got to talk about Woody Allen. Again.”

People aren’t calling his autobiography totally banal or shallow or both, but they’re saying large chunks of it are. Some have written that when he gets into the Mia-and-Dylan accusation thing that it feels like too much of an obsessive, woe-is-me pity party. Some have faulted Allen for not aping the meditative prose of Rainer Maria Rilke or William Styron.

Their beefs boil down to “how dare Woody write in his own unaffected voice? How dare he process life in the same way he’s been doing since he began writing jokes for Manhattan newspaper columnists in the early ’50s?”

Woody Allen is who he is. His voice is his voice. If you can read “Apropos of Nothing” with that in mind, you’ll have a better-than-decent time with it. And by that I mean diverting, chuckly, passable, fascinating, occasionally hilarious, nutritional as far as it goes.

Showbiz411‘s Roger Friedman is reporting that Larry King, 87, is in an L.A. hospital with Covid. He could be in trouble, but he might bluster on through like Sen. Chuck Grassley, 87, who got Covid a couple of months ago and is regrettably still with us.

My first thought was to re-post King’s story about working the graveyard shift at a Miami radio station in 1956, when he was 23. Incidental HE question: A woman called King to say “I want you.” He was immediately interested, but why? What if she was unattractive in some significant way? What if she was a dwarf? Or a hippopotamus? What if she stunk of whiskey and cigarettes?