I was heartened by the Biden-Harris inauguration, of course, but the most encouraging interlude of the entire day was the initial press briefing by White House Press Secretary Jen Psaki — a forum for information, actual facts as opposed to alternative facts, respectful, intelligent, wonky, a bit boring, honest as far as it went, non-combative. In short it was the first White House press briefing in four years that wasn’t a farce or a forehead-slapper or some kind of shit show. Very comforting.

Due respect to producer Lynda Obst and exec producer Michelle Pfeiffer, but I’m having trouble remembering much about Michael Hoffman‘s One Fine Day. I didn’t dislike it, but it was kind of a “uh-huh, okay” by way of a chaotic romcom.

The 1996 Fox release made $46 million domestic, which was considered disappointing. Raising kids can be exhausting, at times even soul-draining…we all know this. That’s pretty much all the film conveyed. It was okay, I felt, but it got killed critically.

The best thing about One Fine Day is the final scene. Just as romantic sparks are about to manifest, Clooney and Pfeiffer fall asleep on the couch. That’s single parenting!

I showed One Fine Day at my Woodland Hills-based film series, called “Hot Shot Movies.” Obst graciously agreed to drop by for a post-screening q & a.

8 year-old Jett and 7 year-old Dylan attended also. They were fidgeting and fighting during the Obst appearance and embarrassing me to all to hell. Obst saved the day by speaking to them directly over the mike with the whole crowd listening — “Don’t do this when we’re talking, boys…be respectful.” And they shut right up! Hail Lynda!

Variety‘s Elsa Keslassy is reporting that the 2021 Cannes Film Festival is looking to postpone the mid-May event until…possibly in July. Probably. It would happen “sometime between” July 5th and 25th, the story says.

Because the festival honchos have calculated that despite the vaccine and all, the pandemic will still be a monster four months hence — a fairly good guess.

What are the odds that things will be free and clear six months hence? Slightly better than May, but that’s not saying a whole lot.

The July projection is a dream, a “wing and a prayer” scenario, a flyer, a guess, a “please God, you cancelled last May’s festival but don’t do it again in ’21…not two years in a row…Jesus H. Christ!”

When will things really be safe for film festivals as we used to know them? When can we go back to the good old normal? I think we’ll be lucky if that happens by early ’22. Right now I’d say it looks a wee bit dicey for the 2021 fall festivals (Venice, Telluride, Toronto), which are eight months off as we speak.

Yesterday’s Bernie twitter meme took off because he captured the moment with those mittens. By watching the inauguration solo, I mean, while wearing a pair of those fall-themed, thick-yarn hand warmers. How did we get from there to here?

It was four months ago or mid September 2020 when I saw Michel Franco‘s New Order, a dystopian theatre-of-cruelty film that reminded me in some ways (certainly tonally) of Ridley Scott‘s The Counselor.

Neon has acquired it for distribution, but they haven’t announced a release date. I know nothing but I’m guessing they’ll be holding it until the fall. I don’t think it’ll matter when it opens for this is a brilliant but absolutely dead-cold film — a certain segment of the public is going to turn away in horror while the cineastes will show respect.

From my 9.14.20 review: Set in Mexico City, it’s about a violent revolution against the wealthy elites by an army of ruthless, homicidal, working-class lefties. Director-writer Franco (After Luca, Chronic) is clearly tapping into all the insurrectionist anger out there (last summer’s Black Lives Matter protests, the Hong Kong pro-democracy movement, last year’s French Yellow Vest demonstrations) and imagining the ante being raised a couple of notches.

New Order, trust me, is brutal, vicious and ice cold. But it’s so well made, and so unsparing in its cruelty. Franco is definitely the new Michael Haneke. He’s a very commanding and exacting director, but the film is ferocious and vicious, more so than even The Counselor (and that’s saying something).

I’m figuring that any serious fan of The Counselor would definitely be down with New Order. Especially given its Mexico City location, the fact that it deals with hostage-taking and exorbitant demands, and the fact that it has the same kind of cruel, compositional decisiveness and clarity of mind that Scott’s film had, only more so.

Franco is a very strong but, on the face of it, heartless director. Personally, I’m sure he’s personable and affable and humane and whatnot.

A filmmaker friend assures that Franco “is a nice fellow…he has a very surgical mind and his dramatic construction seems to veer towards the inexorable.”

Variety‘s Peter Debruge: New Order is “a full-on assault on our collective comfort zone while doubling down on the very thing that makes his films unwatchable for so many. Moviegoing is, by its nature, an act of empathy, as we invest in the lives of fictional strangers, trusting the narrative to repay our emotional commitment — and yet, in film after film, Franco challenges that assumption. Perversely, for those who’ve now come to expect that from him, New Order doesn’t disappoint.”

A (seemingly) classic-styled ’90s movie…thank God! I’ve been choking on Oscar-seeking, virtue-signalling cinema for so many months, and catch as catch can (I’d be happier with Wandavision if it were more than conceptually clever) with the rest. Why doesn’t Neon release Michael Franco‘s New Order? 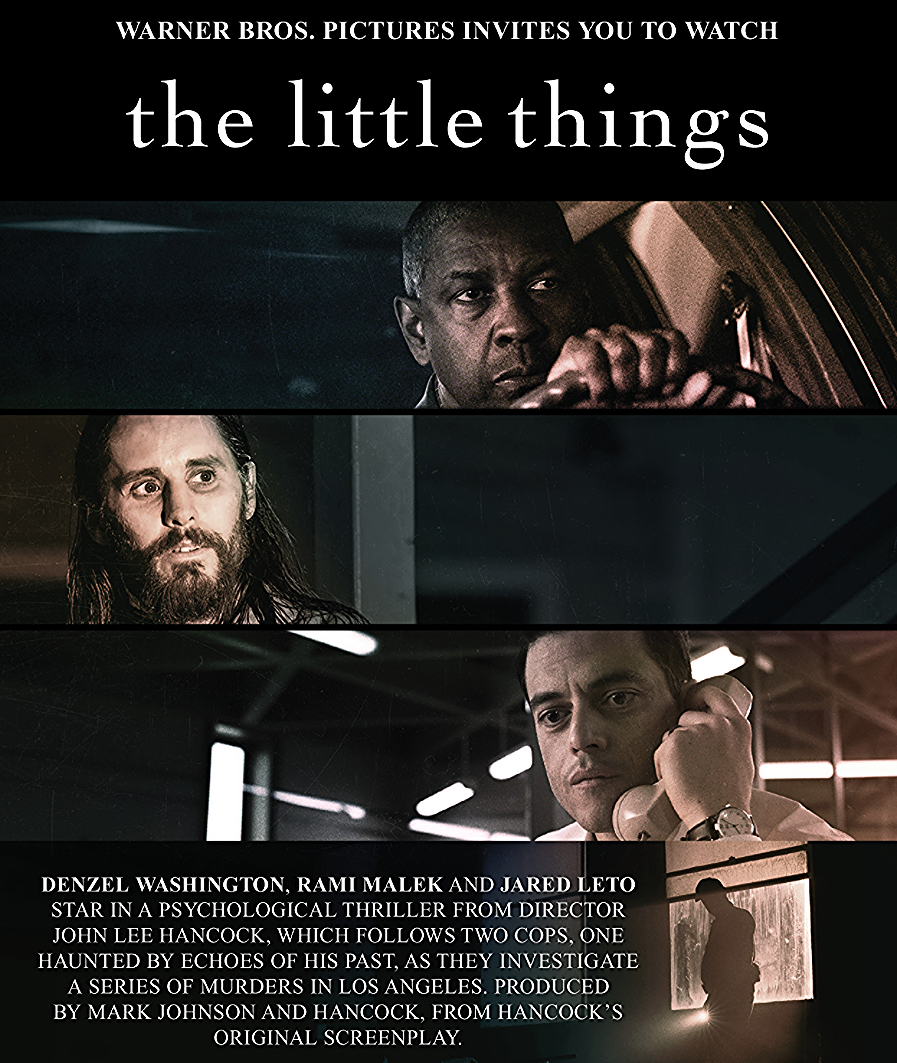 If I were Joe I would install an anti-Trump, JFK-nostalgia color scheme in the Oval Office — subdued olive-green curtains, subdued grayish carpet with a hint of sea-green, off-white matching couches. A color scheme that (a) soothes and assures and (b) announces that Trump has been totally erased and heave-ho’ed. That means no effing gold. 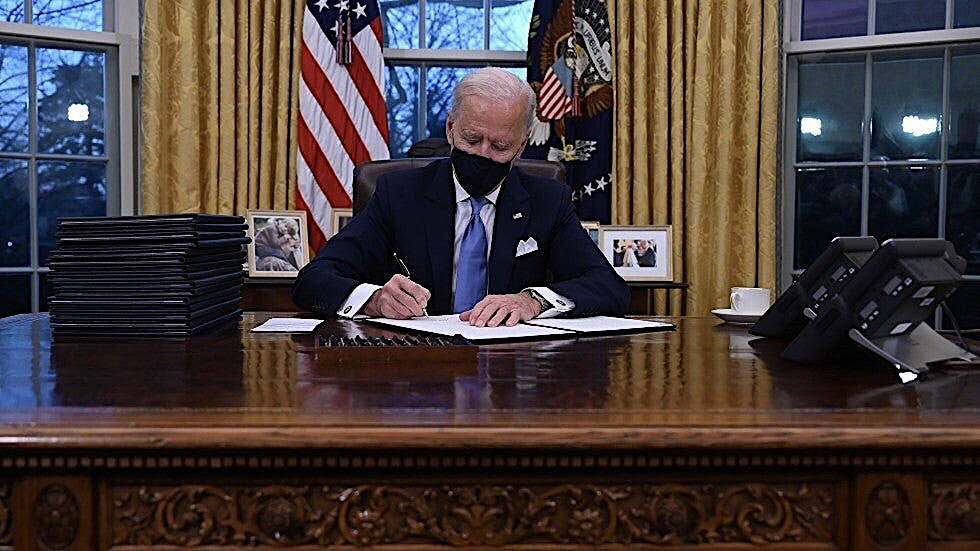 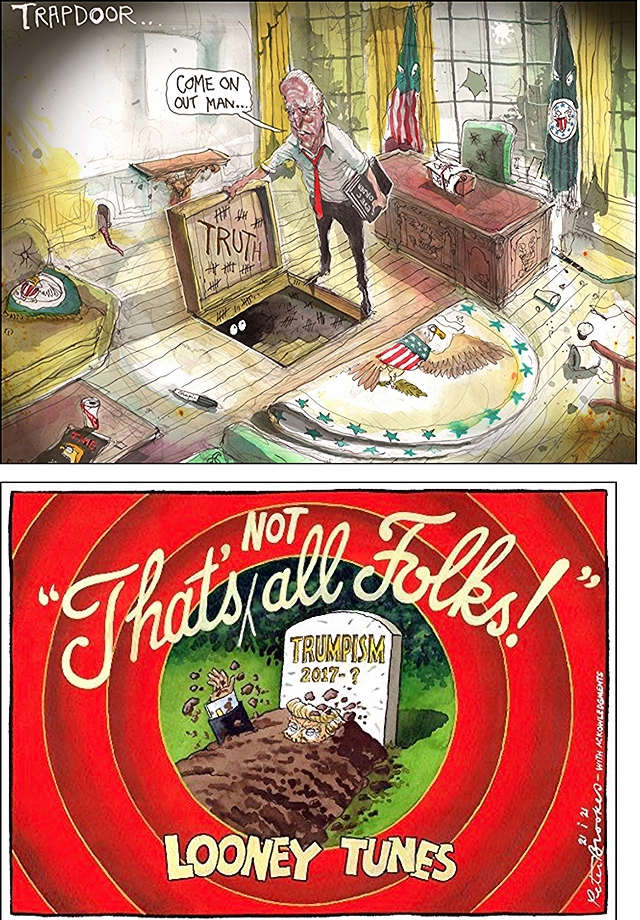 All my life I’ve been appalled by baggy pants. Especially blowsy pleated dress pants of the late ’40s and ’50s. But also hip-hop homie pants of the ’90s. Anything baggy. I remember being forced to wear a pair of baggy pants when I was in elementary school, and complaining to my mother about them and her saying “we’re doing the best we can, Jeffrey.” My baggy-pants revulsion is so acute that it gets in the way of watching film noirs of the late ’40s and ’50s. Edmond O’Brien, Burt Lancaster or Robert Mitchum spotted in a pair of extra-blowsies…God! William Holden‘s apparel in The Country Wife, blowsies worn by Raymond Massey in The Fountainhead…avert my eyes! It took decades for the dressed-up world to catch up with slim shadeys like myself. Fashion plates like Wes Anderson led the charge. 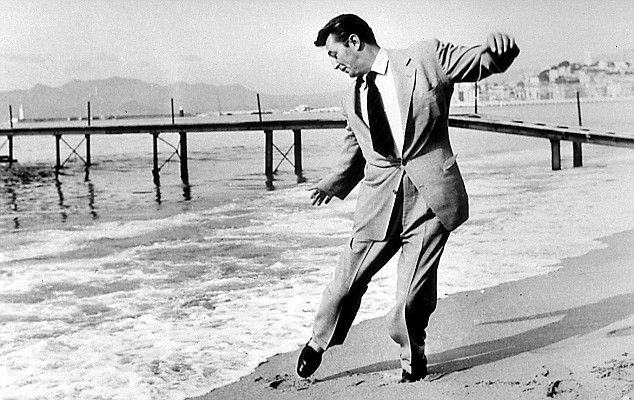 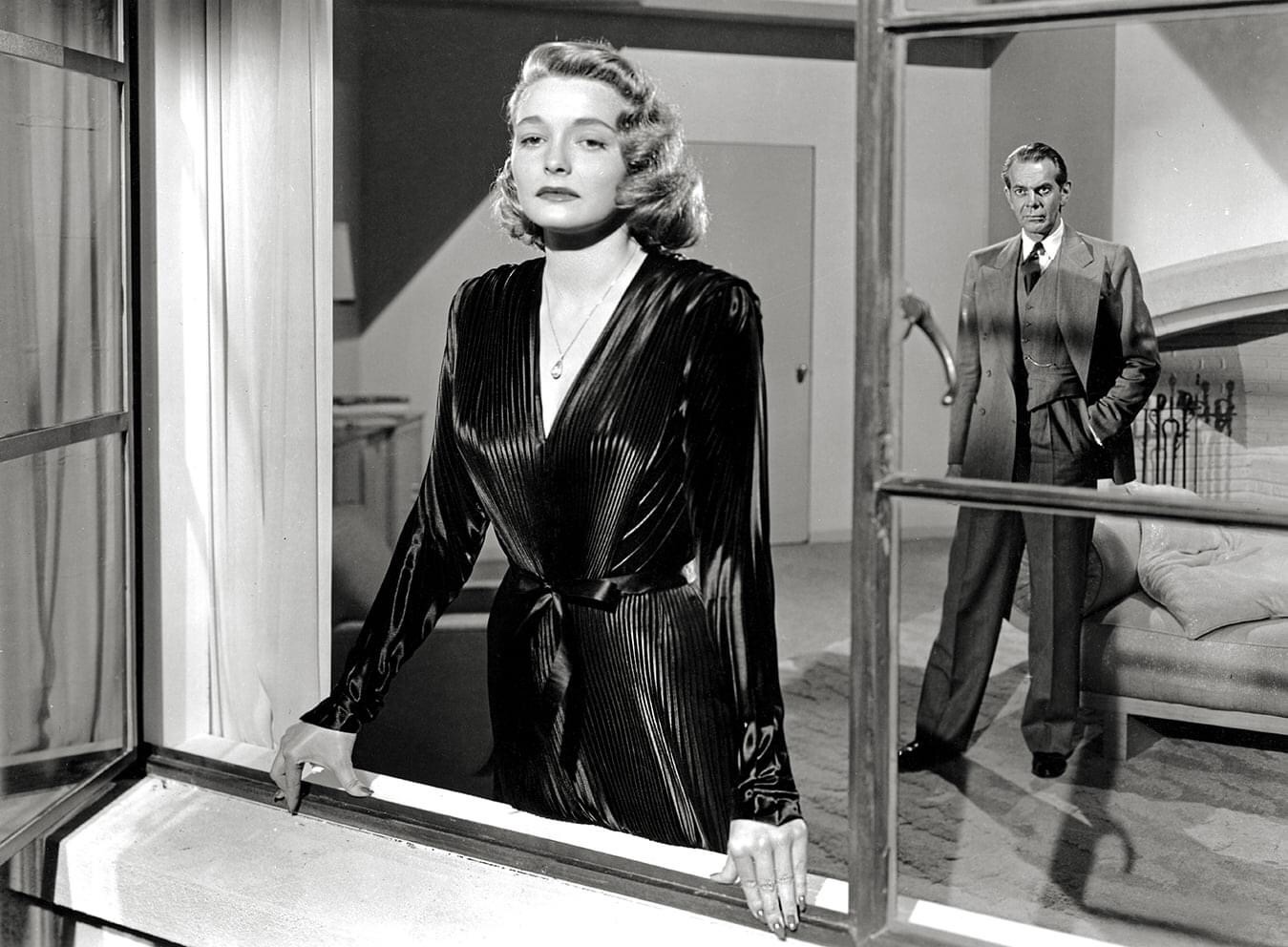 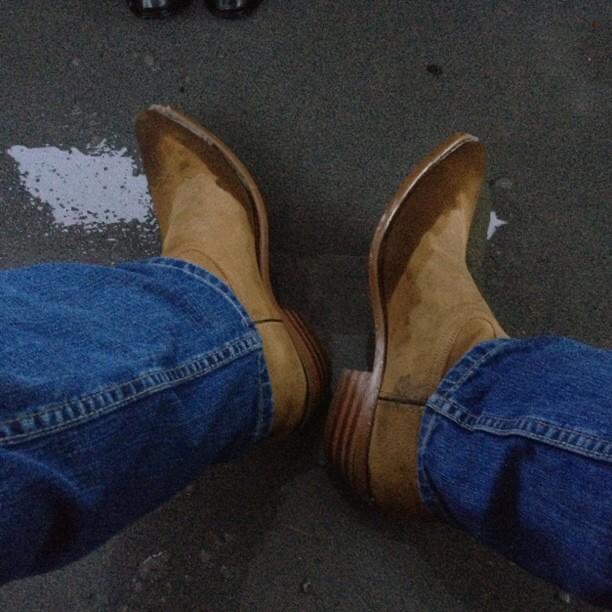