His acclaimed turns in Platoon and Wall Street afforded due respect, it could be argued that Charlie Sheen‘s charismatic druggy-on-the- police-station-bench in Ferris Bueller’s Day Off was his most memorable performance ever. He certainly made a hell of an entrance, and it happened (yes, I know) 35 years ago.

“While it’s somewhat exciting to try to guess the killer, the series wastes potential to dig into its characters and their relationships, and the landscape is the more lasting feeling after finishing the final episode. It just leaves you with a noticeably detached feeling of, ‘Okay, well that’s done.'” — Candice Frederick, TV Guide.

“For all its unevenness, Mare of Easttown‘s strengths carry it through its many muddles.” — THR‘s Inkoo Kang.

“More than halfway through the series, there’s barely any momentum to the mystery, and the relationship drama is sprawling and unfocused.” — CBR.com’s Josh Bell.

“[While] commendably ambitious, the plot elements sometimes work against each other — too baggy to be a compelling crime thriller, too busy to flesh out all the characters — to make it truly satisfying.” — Empire‘s Ian Freer.

“A series that will have you less focused on solving the whodunit and more on experiencing the lives of these characters.” — Alex Maldy, JoBlo.

Kevin Pollak‘s impressions never miss, especially the Peter Falk. But what caught me in this instance (a 1988 Tonight Show clip) is his elegant apparel. I remember those late ’80s Giorgio Armani suits. I had one or two, and they made me feel beautiful. But pay special attention to Pollak’s light loafers, which everyone wore back then. The idea was to make your feet appear smallish and delicate and almost womanly. Those were the days.

9 Comments
I Am A Camera

These 4K 60fps upgrades, increasingly common over the last couple of years, vary in quality. This assortment of clips of 1927 Berlin is one of the better ones. A capturing of the actual world of Cabaret, which was based on Christopher Isherwood‘s “Goodbye to Berlin“, about his time in Weimar-era Berlin (1929–1933). I’ve visited this storied city three or four times — I’d go there again in a nanosecond.

Does anyone know anything about David O. Russell’s untitled 1930s flick, which has been shooting for several weeks and may have wrapped? I know someone who worked as background actor a few weeks ago, but they didn’t know much. Wiki logline: “A doctor and a lawyer form an unlikely partnership.”

Review excerpt: “Huckabees shot right through my skull on Wednesday night and came out like some cosmic effusion and just sort of hung there above my head like a low-altitude cloud and sprinkling light rain.

“That sounds too tranquil. A movie this funny and frantic and this totally off-the-planet (and yet strangely inside the whole universal anxiety syndrome that we all live with day to day) can’t be that cosmically soothing. That’s not the idea.

“But it is soothing…that’s the weird thing. Huckabees makes you laugh fairly uproariously, but it leaves you in a spiritual place that feels settled and well-nourished. Variety‘s David Rooney said it was ‘largely an intellectual pleasure with a hollow core.’ Rooney has probably never been wronger in his life. Not because he isn’t smart or perceptive, but because he failed to do a very important thing.
He didn’t see Huckabees twice.

“This is one of those rare movies in which you have to double-dip it. You obviously don’t have to take my advice. Go ahead and just see it once and then say to yourself, “Well, that happened!” Just understand that Huckabees is, I feel, too dense and arch with too much going on to fully get it in one sitting.

“On one level it’s a kind of psychobabble satire; on another it’s the most profoundly spiritual Hollywood film since Groundhog Day. And the amazing-ness of it may not come together in your head…if at all.

“That’s how the first viewing happened, at least. I was initially into it on a ‘whoa…what was that?’ level and for the antsy, pedal-to-the-metal pacing…but it goes beyond that. The first time is the eye-opener, the water-in-the-face, the violent lapel-grabbing; the second time is da bomb. 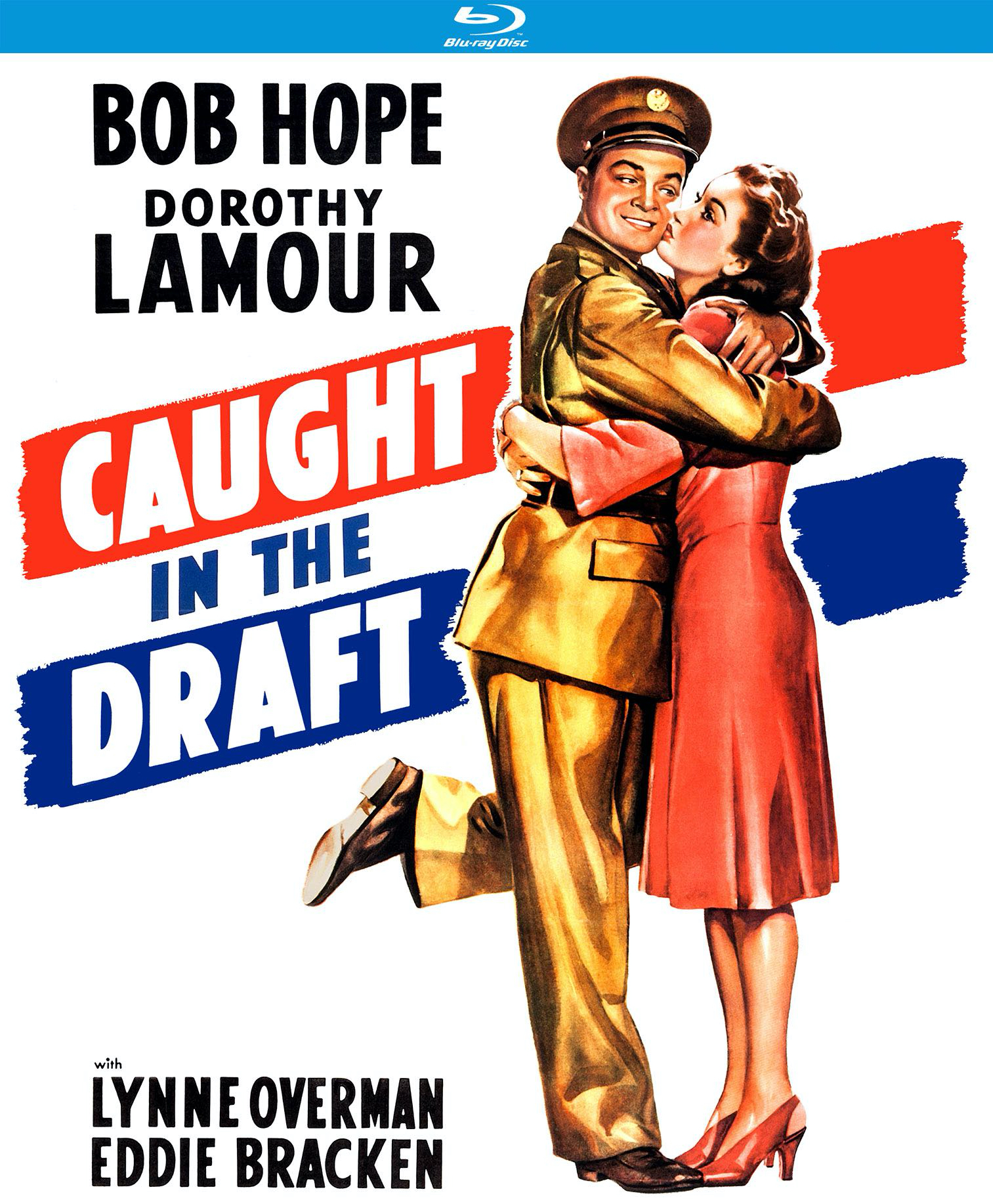 “…for a very important date!”

I’ve occasionally driven aggressively, and always because I’ve been late for a serious appointment of some kind. Luckily I’m a good enough driver to have never even come close to risking an accident. Okay, maybe I came close.

But there are limits to crazy driving. Even if my life depended on not being late to a meeting, there’s no way I’d drive between 84 and 87 miles per hour in a 45 mph zone. That’s just nuts. I could imagine driving, say, 15 or 20 mph over the speed limit but twice that?

Tiger Woods was nonetheless doing exactly that (i.e., flying down the road at 85 mph) in the region of Pacific Palisades on 2.23.21, and in so doing crashed his SUV and broke a few bones in his lower right leg, resulting in “open fractures” — meaning that bones had pierced his skin a la Burt Reynolds in Deliverance.

HE commenter “freeek”: “In other news, the trailer for Taylor Sheridan‘s Those Who Wish Me Dead (Warner Bros./HBO Max, 5.14) is out and it’s awesome.”

HE reply: Actually, it’s an aggressively produced, go-for-broke action exploitation flick…shot and edited in such a slam-bang, visually searing, Bruce Willis-in-the-’90s way that the trailer will inspire certain viewers to say “it’s awesome!” But it’s obviously loaded with jet fuel and cranked WAY TOO HIGH (black-attired bad guys firing automatic weapons at a woman and a kid in the middle of firestorm?), and if you believe that a beautiful, super-rich, fashion-magazine icon slash Brad Pitt-ballbuster with her own personal pedicurist can be (or ever could be) a Montana firefighter…well, that’s up to you.

I took one look and said “no way.” Maleficent women with those ravishing eyes and cheekbones and that “stop the presses!” kind of facial symmetry…women that beautiful and slender and financially loaded are legally prohibited from serving as Montana firefighters. (The Montana state legislature passed the law back in the late ’90s, I think.) And even if the “Angie-level women can’t be Montana firefighters” law wasn’t on the books, she’d never get past the first interview. The human resources official would say, “And a woman with your looks and wealth and living with all those kids in Cecil B. DeMille‘s Los Feliz mansion and throwing all those lawyers at Brad Pitt like incendiary grenades…how exactly did you come to decide that Montana firefighting was your destiny? Because I’ll be honest — I don’t get it.”

You KNOW that she can’t be a firefighter, and that only in movies like this do demonic assassins…ahh, forget it. And yet you say “awesome!” And that kid! Didn’t I just say yesterday that we’re sick of kids in prominent roles and that they need to sit in the back seat and just watch and listen?