If you know anything about Criterion Blurays of late 1930s Cary Grant films, you know that the results tend to be (a) smothered in billions upon billions of digital grainstorm mosquitoes and (b) are a little too much on the dark and inky side. I’m not saying the forthcoming Bringing Up Baby Bluray (7.6.21) will deliver the same textures and treatments given to The Awful Truth, Only Angels Have Wings and His Girl Friday, but a wise consumer should do a lot of research before purchasing. Team Criterion generally cares much more about grain structure than about making an old film look great with that old silvery, silky-smooth sheen that we all love. 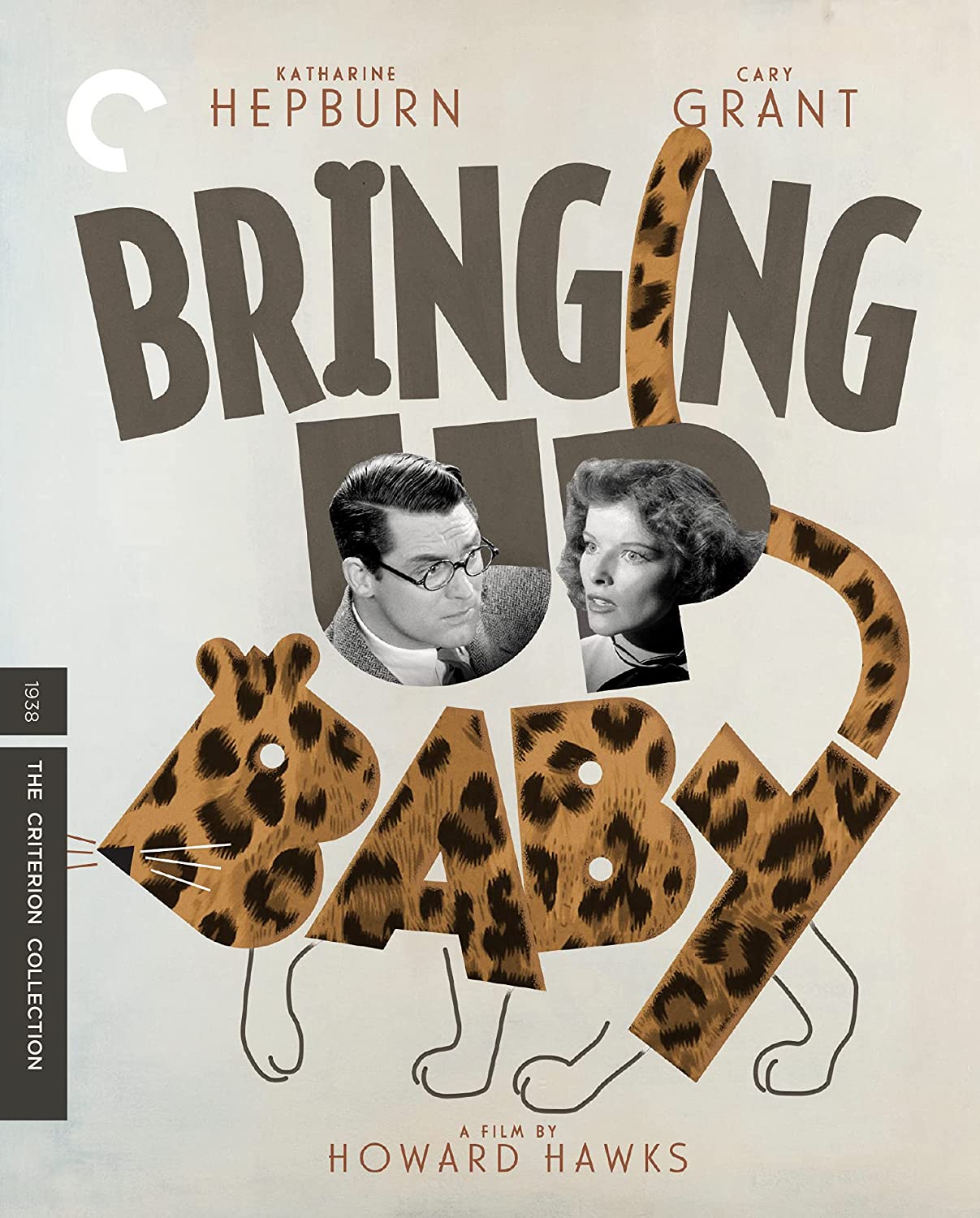 Last night Bright Wall/Dark Room (‪@BWDR‬) tweeted the following: “You can pick ONE actor and put them into any movie ever made. Who do you pick & what do you put them in?”

The mid ’60s version of Steve McQueen as (a) Neil Macauley in Heat, (b) John McLane in Die Hard, (c) Vincent in Collateral and (d) Casey Affleck‘s character in Manchester By The Sea.

Humphrey Bogart as Bat MacPherson (aka “Kilgallen”) in Only Angels Have Wings. 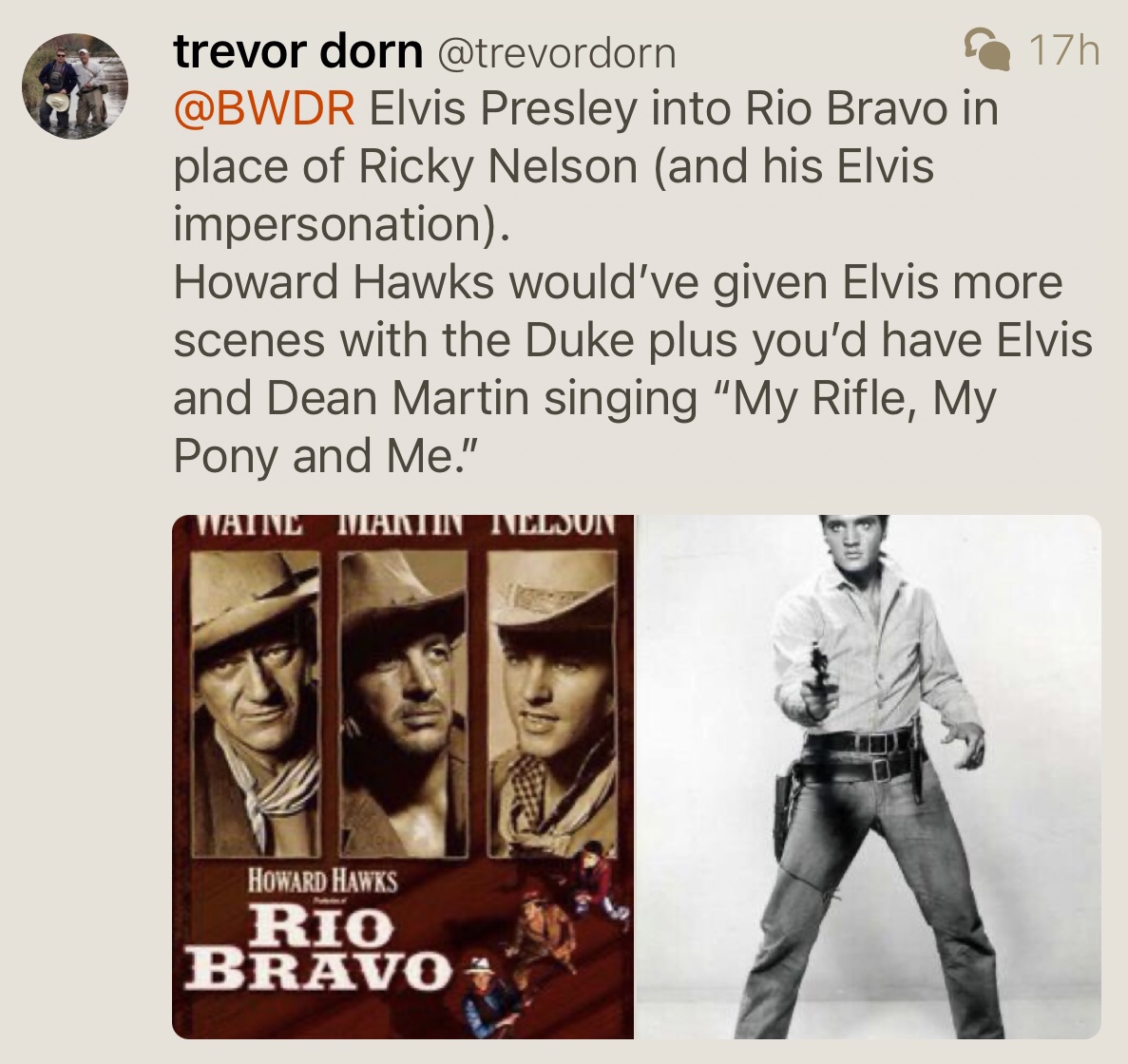 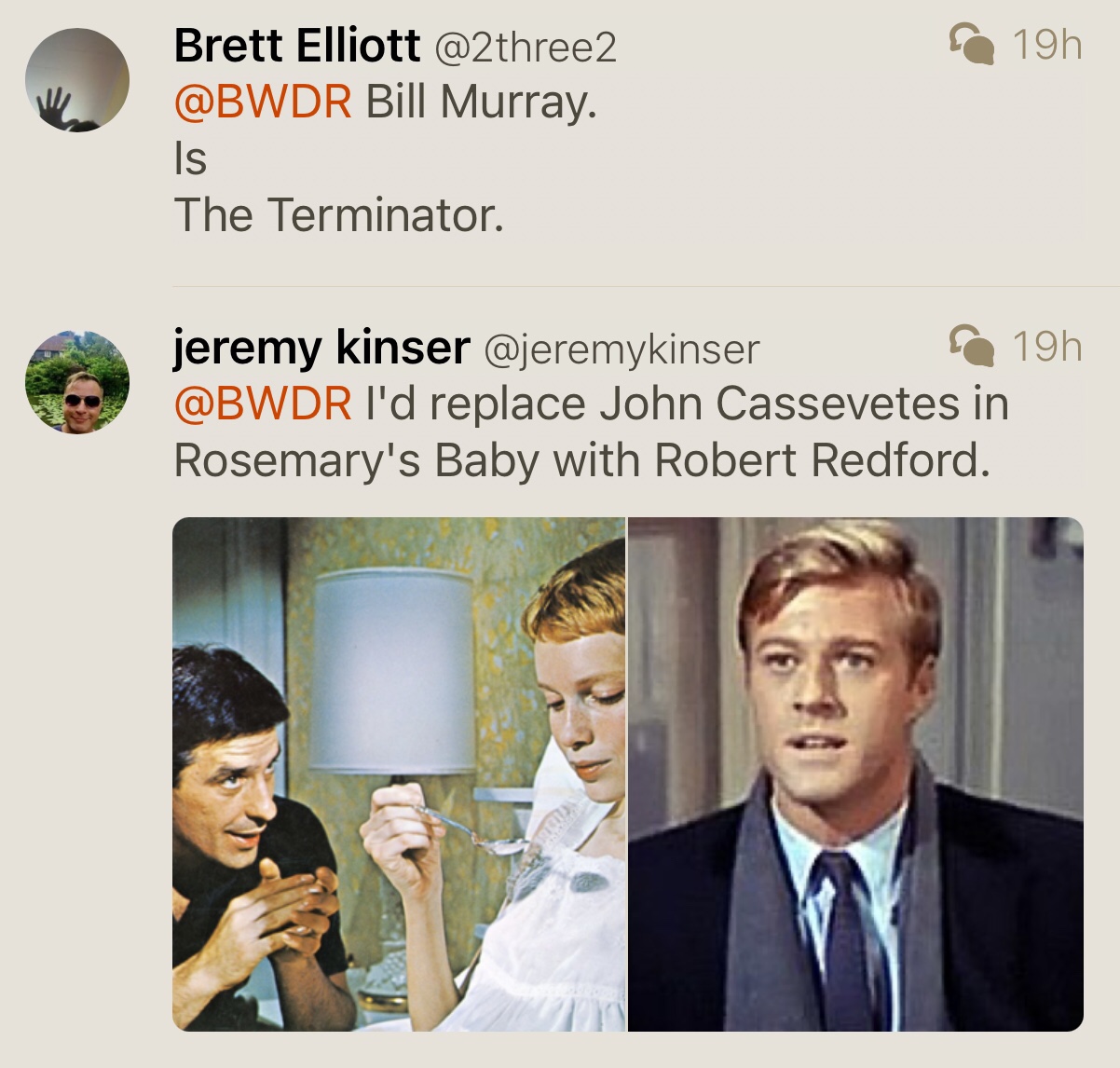 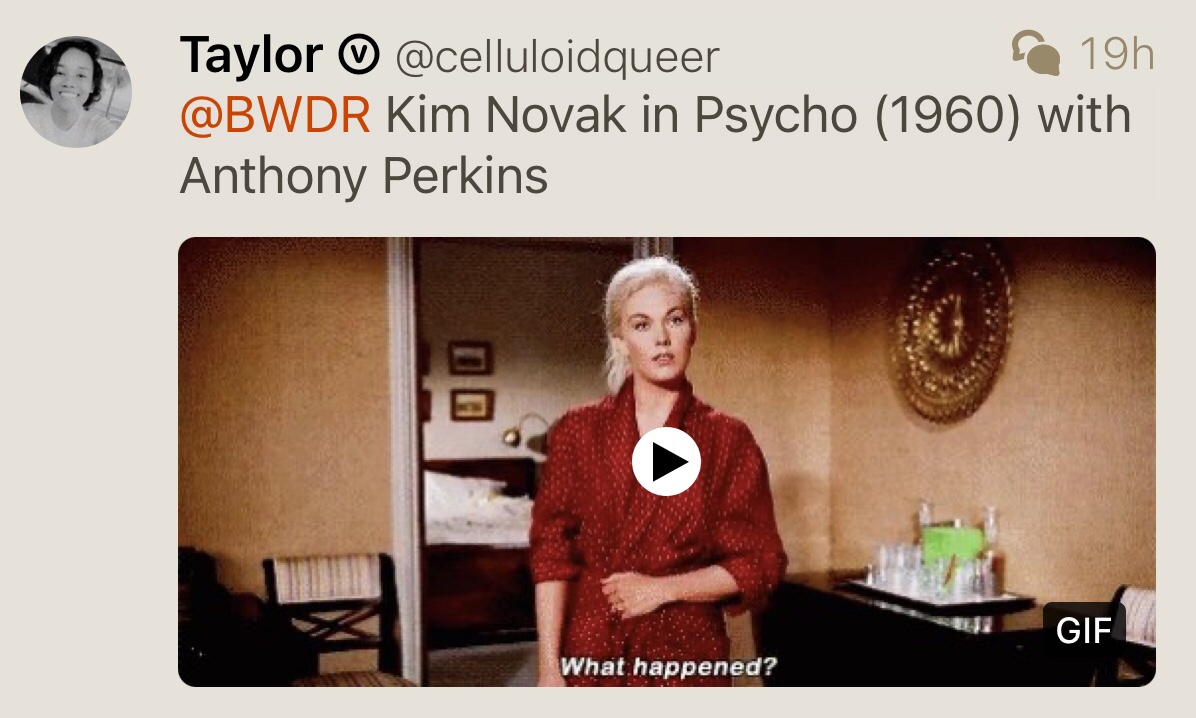 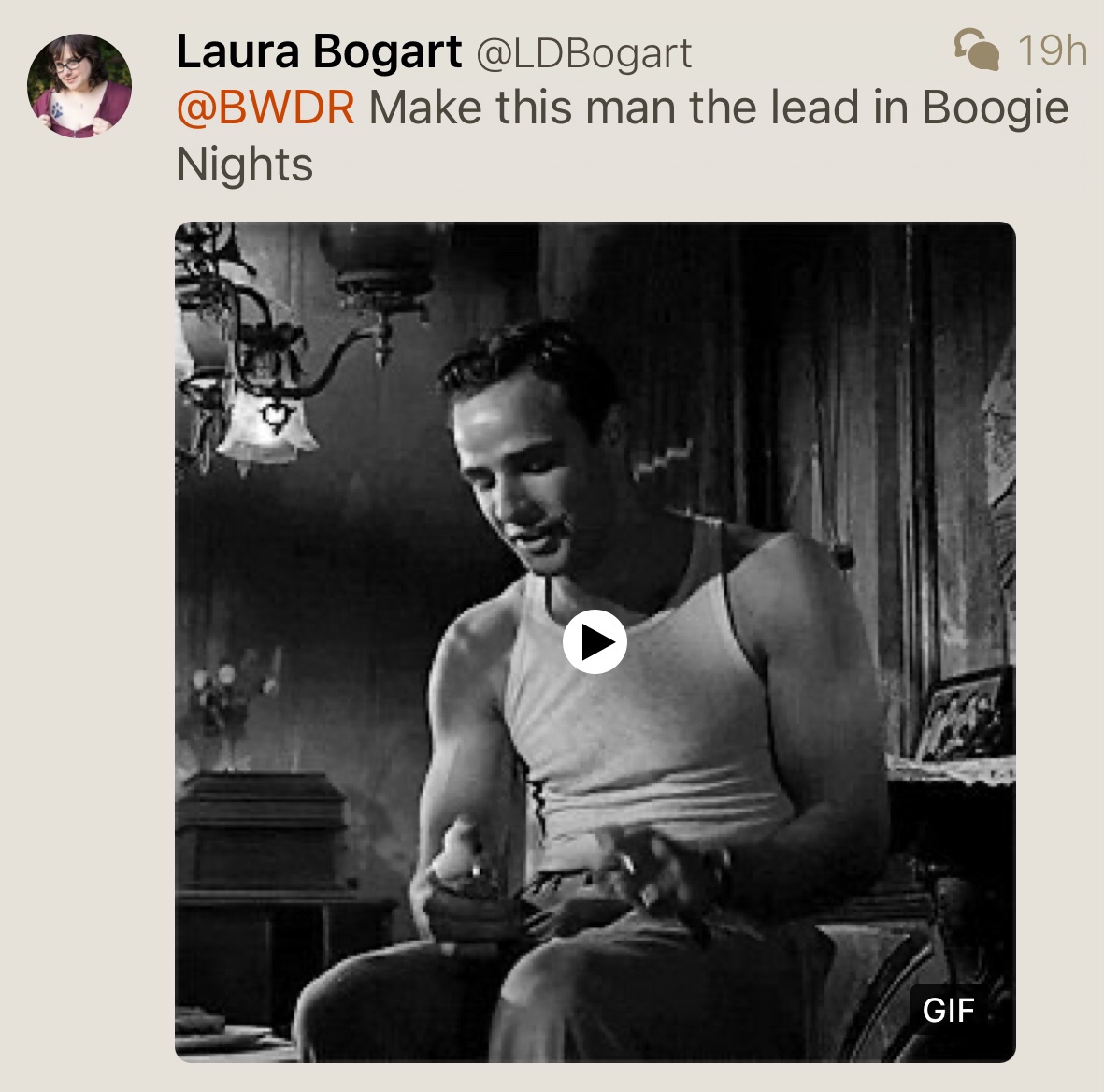 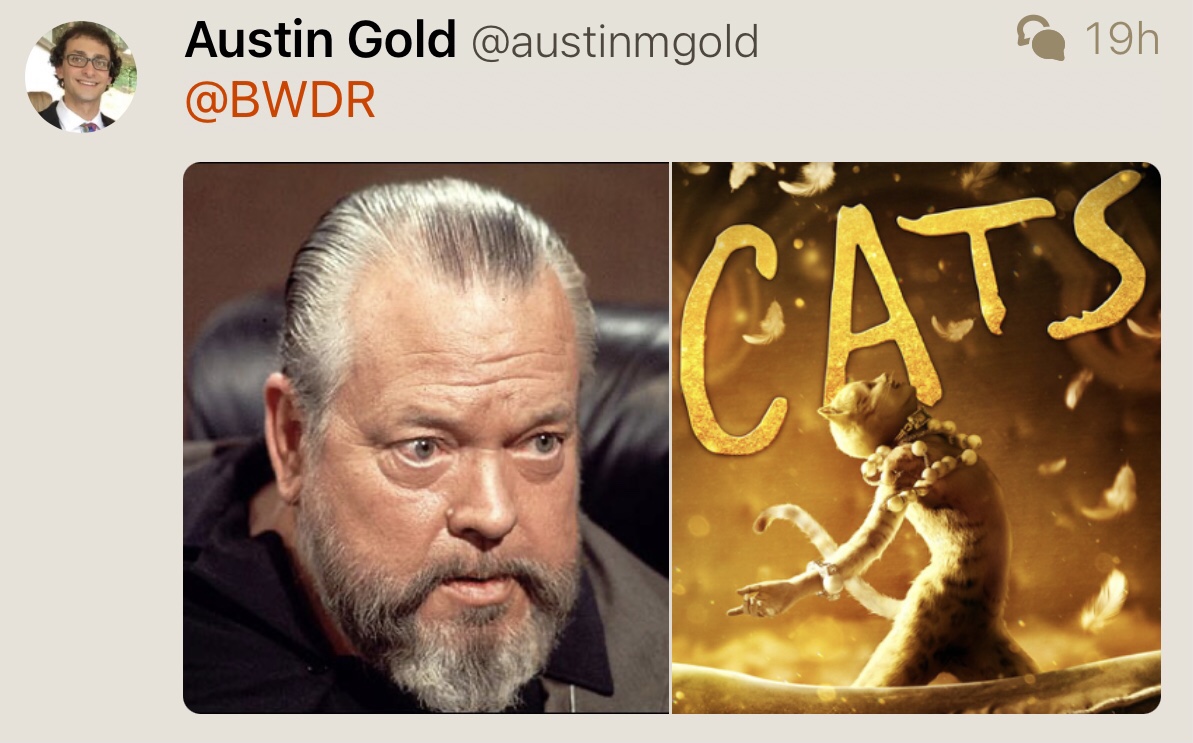 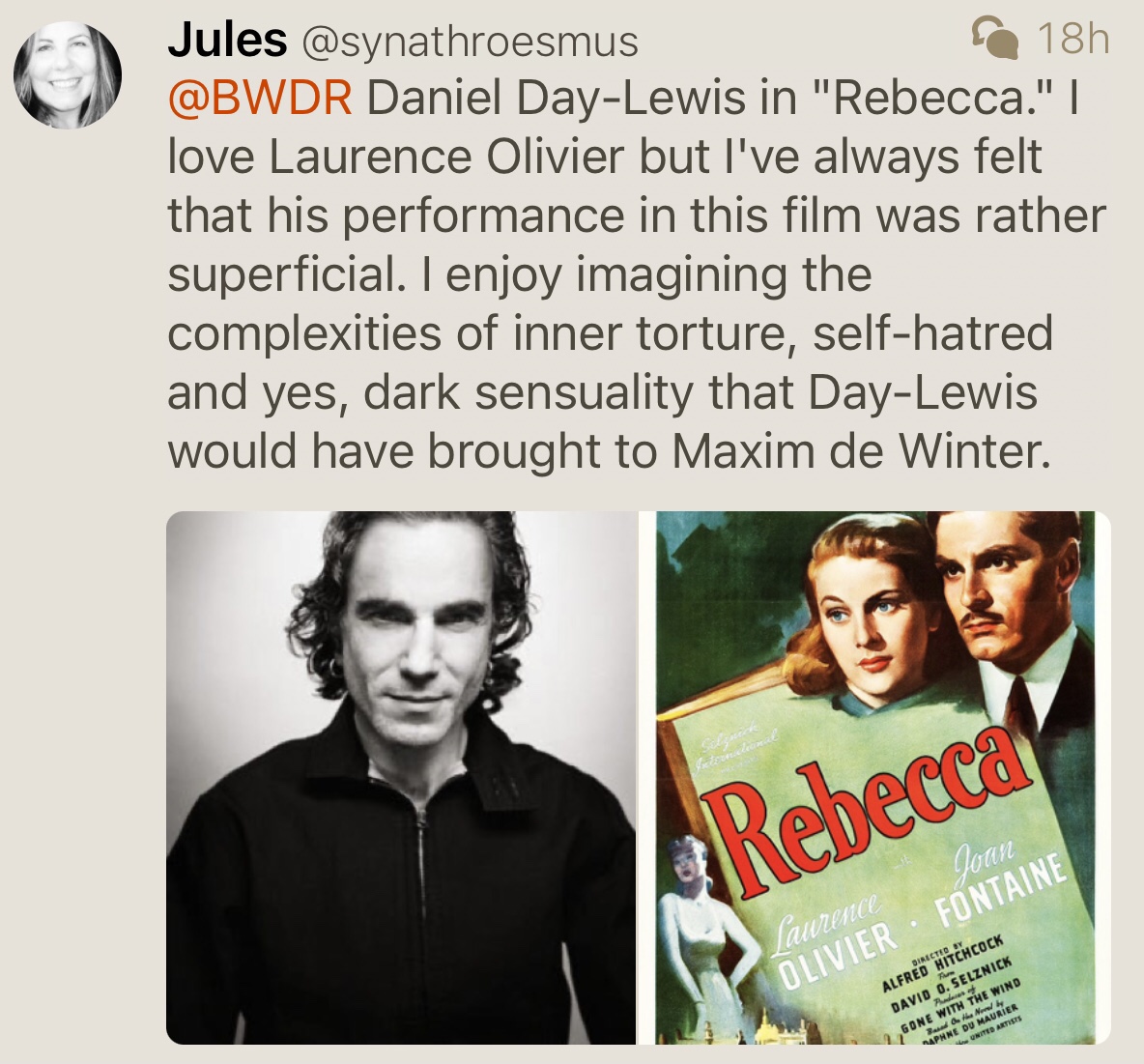 Last night the Motion Picture Sound Editors blew off one of the most striking and audacious sound mixes in motion picture history when they decided against giving any kind of trophy to Sound of Metal during the 68th Golden Reel Awards.

They handed out awards to Greyhound (FX/Foley), The Trial of the Chicago 7 (dialogue/ADR), Tenet (musical underscore), Soul (animated feature) and Eurovision Song Contest: The Story of the Fire Saga (music).

Greyhound, Soul, Mank, News of the World and Sound of Metal are nominated for the Best Sound Oscar — a new compressed category combining sound editing and sound mixing. If the Academy blows off Sound of Metal there’ll be trouble. I’m not threatening, just saying.

These five are also nominated for Cinema Audio Society Awards for sound mixing, which will be handed out tonight.

I’ve noted several times that David Jones and Harold Pinter‘s Betrayal (’83) has been absent from streaming, Bluray and even DVD for decades. Herewith an English language capture, no subtitles — 91 minutes, posted on 2.11.20.

Academy honchos to rank-and-file: “Voting closes in just three days, on Tuesday, April 20, and we hope you’ll find time this weekend to cast your ballot. It only takes a few minutes.”

This morning the Washington Post‘s Peter Marks published an apology from B’way and Hollywood producer Scott Rudin for the latter’s volcanic behavior with office staffers over the years.

The core of the statement was that Rudin will “step back” from his Broadway ventures, adding that that he was “taking steps that I should have taken years ago to address this behavior.”

Rudin’s announcement is basically a strategic bone tossed to his many social-media critics. For good or ill (mostly the latter, his critics would say) Rudin was able to swagger around for decades…throughout the ’90s, aughts and most of the 20teens he was the savvy, blistering, highly demanding office tyrant who made top-tier films and produced between two and five high-prestige B’way plays per year. On both coasts Rudin made money and won awards for many people. But the cultural ground shifted in late ’17 and now he needs to adapt or die.

Rudin’s mea culpa comes in the wake of (a) Tatiana Siegel’s 4.7 Hollywood Reporter expose (basically an evergreen refresh) about Rudin’s occasionally brutal behavior, (b) Richard Rushfield‘s 4.9 Ankler follow-up (“Mr. Potatohead“) and (c) “Moulin Rouge!” B’way star Karen Olivo declaring on Instagram that she won’t be returning to work after the pandemic shutdown because “the silence about Rudin” was “unacceptable.”

A 4.17 Siegel article reports that Rudin was more or less forced to back away from the forthcoming The Music Man revival after star Hugh Jackman said he was “very concerned” and that “something needed to be done.” Jackman’s costar Sutton Foster reportedly “said she would leave the highly anticipated musical if Rudin didn’t take a seat, says [a] knowledgable source.”

Once upon a time the shouting, volatile, highly-demanding producer or swaggering “boss from hell” was a lamentable part of showbiz lore…Burt Lancaster‘s J.J. Hunsecker in Sweet Smell of Success, Alan King‘s Max Herschel in Sidney Lumet‘s Just Tell Me What You Want, the real-life Joel Silver and Harvey Weinstein, Saul Rubinek‘s Lee Donowitz in True Romance (based on Silver for the most part), Kevin Spacey‘s Buddy Ackerman in Swimming With Sharks, Tom Cruise‘s Les Grossman in Tropic Thunder, etc.

None of these characters were pleasant to be around on a 24/7 basis, but, as in real life, they had a dominating brand and tradition that you had to finesse one way or the other.

And then along came the sensitive, safe-space-seeking Millennials and that Buddy Ackerman shit began to get old right quick.

“Much has been written about my history of troubling interactions with colleagues,” Rudin’s statement reads, “and I am profoundly sorry for the pain my behavior caused to individuals, directly and indirectly.”