Walter Mondale, the moderately liberal Minnesota Senator (’64 to ’76) who served as Jimmy Carter‘s vp (’77 to ’81) and who was severely trounced by Ronald Reagan in the ’84 presidential election, has passed at age 93.

Mondale also made history that year by selecting Representative Geraldine Ferraro of New York as his running mate — the first woman to run for the vice presidency.

The Bluray of Warner Archives’ 4K restoration of Michael Curtiz‘s Doctor X (’32), which will arrive on 4.20, has both the two-color and the black-and-white versions, which were filmed separately. It stars Lionel Atwill in the title role (actual name: Xavier), pre-King Kong Fay Wray and Lee Tracy as a snappy news reporter.

WhySoBlu review, 4.8.21: “The amount of work they have gone [through] to give this film new life is fairly astounding. Check out the featurette on restoring it for all the nifty details and examples. It has a painterly quality. Details are strong as can be given the age and type of film process. 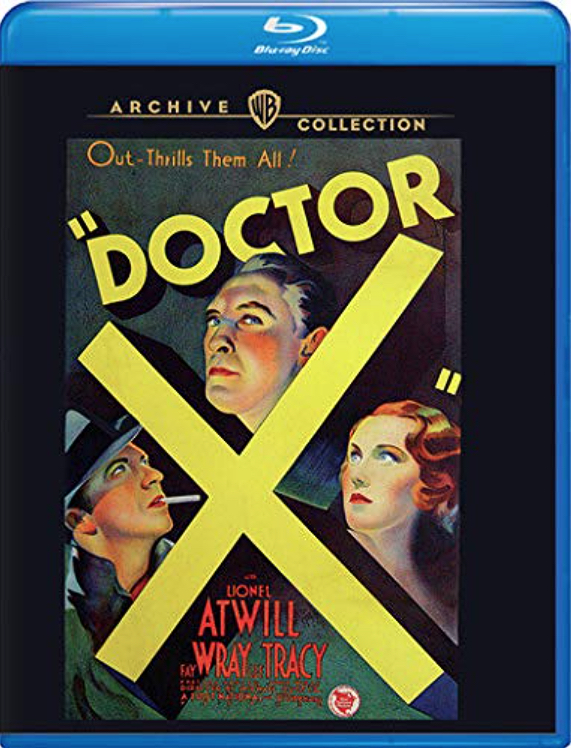 As you might expect, their Best Picture predictions are all over the map. (Which may reflect Academy sentiments also.) 14 are predicting the triumph of Nomadland, 8 are predicting victory for The Trial of the Chicago 7, 3 are predicting Minari (not a chance in hell!) and one (Chris Rosen) is predicting that Promising Young Woman will take the prize.

For what it’s worth, Carey Mulligan reigns supreme when it comes Gold Derby predictions about the Best Actress race. 12 experts are siding with the star of Promising Young Woman, 7 are standing behind Ma Rainey‘s Viola Davis, 5 are predicting victory for The United States vs, Billie Holiday‘s Andra Day, and 2 are predicting a Best Actress trophy for Nomadland‘s Frances McDormand (her third if she wins).

When the anti-disco revolt began in the spring of ’79, advocates were derided as both homophobic and racist. If you wore a “Death to Disco” T-shirt…if you liked The Who‘s “Sister Disco” or Bob Seger‘s “Old Time Rock ‘n’ Roll,” you were behind the curve and maybe a chip off the old asshole block**.

I explicitly recall my friend Stuart Byron, an “out” Village Voice columnist who later worked for producer Ray Stark, telling me to my face that I’d be wise to keep my loathing of disco under wraps lest I sound like a homophobe.

40-plus years later the disco haters have been totally vindicated by history and the tradition of good musical taste, and nobody even alludes to homophobia as any kind of lingering undercurrent.

This hasn’t stopped today’s reverse-racist wokesters from using the same bullshit against anyone who doesn’t fall into line in the movie realm. If you dare to apply seasoned judgment in the assessing of this or that film that happens to be POC-focused…if, say, you’re a devout admirer of Lakeith Stanfield‘s performance in Judas and the Black Messiah or Steve McQueen‘s 12 Years A Slave, Widows and Mangrove (as I am) but you have reservations about the late Chadwick Boseman winning the Best Actor Oscar for his “okay but no great shakes” Ma Rainey performance or Viola Davis‘s blustery, obviously supporting lip-synch fatsuit performance (as I do), you might have an attitude problem.

I first met and chatted with Jim Caviezel 22 and 1/2 years ago, during the press junket for Terrence Malick‘s The Thin Red Line (’98). (He played Witt, the lead character.) I sensed he was a conservative traditionalist, but also a decent, polite fellow. I liked him.

Lately, it seems, Caviezel has gone around the bend. Three nights ago (4.16) the 52 year-old actor, who played Yeshua in Mel Gibson‘s The Passion of the Christ (’04) was pushing child blood-harvesting adrenochrome QAnon bullshit at a lunatic COVID-19 conspiracy “health and freedom” conference in Oklahoma.

The first time I heard of adrenochrome was when Hunter S. Thompson wrote about dropping some on his tongue during his Fear and Loathing in Las Vegas.

Women scream when King Kong breaks free on a New York City stage. Joan Davis screams a lot in Hold That Ghost! Doris Day screams just before the Albert Hall assassination attempt in The Man Who Knew Too Much. At the end of Vertigo James Stewart asks Kim Novak “why did you scream?” during that fateful moment at the top of the San Juan Batista bell tower. A nameless woman in Some Like It Hot screams when Tony Curtis and Jack Lemmon run across the lobby of the Seminole Ritz. Janet Leigh screams, of course, when the shower curtain is ripped aside in Psycho. One of the witches screams when a knife-wielding Mia Farrow enters the Castevet’s living room at the end of Rosemary’s Baby.

In my entire life I heard a woman “scream” exactly once, and that was when I was two or three years old and my mother had opened the driver’s side door on a busy street and a passing car slammed into it and ripped the door off the hinges. And even that wasn’t really a scream — it was more like a frightened “oooggghhh!”

There was another moment on a LAX-to-JFK flight in ’02 or thereabouts that half-qualified. Our 757 jet hit a sizable air pocket and the plane plunged a couple of hundred feet in a twinkling, and a woman sitting next to me went “aawwwhhh!” — another gulpy moan.

When’s the last time a woman screamed in a movie? I can’t actually recall. 20 or 30 years ago? Longer?

I know that women “screaming” has definitely disappeared from the landscape. And that guys, oddly enough, have rushed in and taken their place. The last I heard anyone let go with a falsetto scream was when Lady Gaga‘s dog-walker, Ryan Fischer, was shot during that recent dognapping incident on Sierra Bonita Ave. The last time before that was when that Vietnamese doctor was dragged off that United flight in 2017.

24 Comments
Don’t Even Think About It

Chris Walken, hands down. I’m presuming that the 78-year-old legend still has the necessary vim and vigor. That said, when I say “Walken for Jeopardy host” I mean the Walken I saw on Broadway in A Behanding in Spokane (2010) or, more exquisitely, his sociopath dad in At Close Range (’86).

It’s no longer a matter of censure and condemnation — over the weekend an impression began to take hold that the goal of the burgeoning theatre-community movement against producer Scott Rudin is nothing less than career termination. They don’t want him chastised and repentant — they want him lashed, defrocked and gone.

Fairly or unfairly, this sentiment will probably be exacerbated by a video posted yesterday by David Graham-Caso that claims Rudin’s abuse of his late twin brother, Kevin Blake Graham-Caso, in late 2008 and ’09 while working for the producer was a significant factor in Kevin’s suicide last fall.**

DG-C: “You berated and demeaned, bullied and intimidated and harassed [Kevin] for eight solid months. It was so intense that he developed anxiety and depression and post-traumatic stress, and like many survivors of traumatic abuse, he soon found himself in another abusive relationship later on in his life. It was so intense that last October, he took his own life.”

A message to Scott Rudin. pic.twitter.com/mvOqTvH2S9

From Greg Evans’ 4.18 Deadline story about the gathering punitive storm chasing producer Scott Rudin: “Actors’ Equity Association is calling on producer Scott Rudin, who ‘stepped back’ from his Broadway productions today in response to allegations of workplace abuse, to release employees from nondisclosure agreements.

“Earlier this week Equity, along with SAG-AFTRA and American Federation of Musicians Local 802, issued a joint statement condemning harassment, bullying and toxic environments and pledging ‘to hold accountable those who violate human and legal norms of fair, respectful and dignified conduct in the workplace.’ The statement did not specifically name Rudin.

“Some members of Equity have been calling upon the union to place Rudin on the ‘Do Not Work’ list, and have spread word on Instagram of a March on Broadway this Wednesday to protest Rudin as well as social justice issues related to the Broadway industry.”