HE to Friendo #1: “So please tell me if Carey Mulligan has a decent chance of winning or not. I will be dismayed if Viola Davis (fatsuit, lip-synch, curious SAG acclaim) or Frances McDormand (again?) win. Mulligan is significantly ahead among Gold Derby-ites, as you know. But did Claudia Eller screw the pooch when Variety offered that groveling apology?

“Variety‘s Clayton Davis has completely dismissed Mulligan — he says it’s down to McDormand vs. Davis vs. Andra Day. I would love to see Mulligan win if only to see Clayton wipe egg yolk off his face.”

Friendo #1 to HE: “[I suspect that] Clayton writes a fair amount of bullshit [much of] the time. I guarantee you he has no idea what he is talking about but claims to as if it is fact, based on a couple of conversations with publicists pushing their agenda. I don’t believe he has much outreach at all with [Academy] voters, or not as much as he claims.

“Statistically Carey and Frances would seem to have the best chance. Both are in widely seen Best Picture nominees. Viola has a decent shot but there has never been both a Best Actor (Chadwick Boseman) and a Best Actress winner from a film that wasn’t Best Picture-nominated.

“The Best Actress race remains very fluid. I am still predicting Carey, but the Variety review thing with Dennis Harvey has zero visibility among Academy voters — a non-issue.”

HE to Friendo #1: “The Variety apology thing has zero visibility? Justin Chang and the National Society Of Film Critics officially admonished Variety for this. Many stood up and defended poor Dennis Harvey. How could your rank-and-file Academy voters be completely oblivious to this?”

Friendo #1 to HE: “Rank-and-file Oscar voters barely focus on the films, much less the white noise of this or that critic.”

Friendo #2 to HE: “Carey can absolutely still win.”

Friendo #3 to HE: “Voters will be split. There will be those who want to make history to top the 2001 win of Halle Berry as the only black actress to win. Their votes will be divided between Andra Day (younger, more fully realized performance, playing a beloved icon, the second time two black actresses have been nominated and one was playing Billie Holiday) and Viola Davis (veteran, beloved, has the Denzel Washington voting bloc behind her — she’s overdue after being snubbed in 2010).

“The second split will be between those who are voting ‘on performance’ only and they will be split between McDormand (star of the Best Picture frontrunner — it is extremely rare for a Best Actress and Best Picture to match, not since 2004) and Mulligan — the star of the second most nominated (in crucial categories).

“Mulligan or McDormand should have won SAG, but Davis took it regardless. When they were all together Day won (Globes) and then Mulligan (Critics Choice, which doesn’t matter as much).”

After re-watching Sam Peckinpah and Steve McQueen‘s The Getaway (’72) a couple of nights ago, I’m all the more certain that Roger Donaldson’s 1994 remake, in which Alec Baldwin and Kim Basinger took on the same Doc and Carol McCoy roles that McQueen and Ali McGraw played 22 years earlier, is a smoother, more involving watch.

The Peckinpah version has a few moments, but it’s also nonsensical at times. Why doesn’t McQueen shoot Al Lettieri in the head after the bank job? Those middle-aged, cowboy-hat-wearing goons who work for Ben Johnson and his moustachioed brother are ridiculous. There’s no reason for McGraw’s bizarre lurching the car when McQueen’s about to get in. The sappy ending with Slim Pickens after crossing the border. And why would Richard Bright‘s train station con artist, who’s pocketed a couple of wads of cash, go to the cops just because McQueen beat him up? He can’t find a local clinic?

Last night I watched episode #1 of Mare of Easttown. I’d read it was about small-town Pennsylvania gloom, despair, Ratso Rizzo limping, “lemme outta here”, downmarket atmosphere and forlorn character shadings with zero engagement on a whodunit level. And it certainly is that.

I wasn’t bored but at the same time I was saying to myself “really?”

All I can say is that if I was an actual resident of Easttown, the idea of Oxycontin addiction would be very tempting. I might even start limping around just for fun.

The only scene I liked was Kate Winslet chatting with her Mildred Pierce costar Guy Pearce at the local bar. That said, I didn’t believe she’d go right back to his place and fuck him immediately. Women of character usually wait a while for that. And as Pearce is the only literate-minded fellow in Easttown with a wry sense of humor who isn’t a rural loser of one kind of another, I definitely didn’t believe that she wouldn’t want to get to know him and see where that might lead. So right away I wasn’t believing it.

The subtitle of this limited HBO series is “Reasons You Don’t Want To Even Flirt With The Idea of Living in Grimtown, Pennsylvania.”

Mare of Easttown‘s creator, writer and producer is Brad Inglesby, who grew up in Berwyn — a hilly suburb of Philadelpha — and knows this hellish “Delco” landscape all too well.

I respect the basic idea of trying to focus viewer attention on the dull, deflating horror of living in a region like this instead of just cranking out another whodunit. (The series was shot in Easttown Township but more specifically Coatesville, Aston, Drexel Hill, Chestnut Hill and Sellersville.)

But the more Inglesby and director Craig Zobel focus on local losers, the more I’m going to feel distanced from this series as it moves along. The only thing that can save it is if they give Guy Pearce more screentime and let his character carry more of the load.

Text message from 12 year-old self to 2021 self at age 48: You get to watch movies all the time and just write about them and get paid for it? And even be friendly with some of the people who make them? Very cool. Plus you avoided alcoholism and escaped the high-pressure suburban commuter lifestyle that your father grappled with during his advertising career. And you built your own business that allows you to work from home and visit Europe and Asia and hit Telluride once a year? Double cool. On top of which, thank God, you didn’t have to suffer through the trauma of blacklisting that befell so many screenwriters in the ’50s…wait, what’s wokelisting? Never heard of that. Can you fill me in? 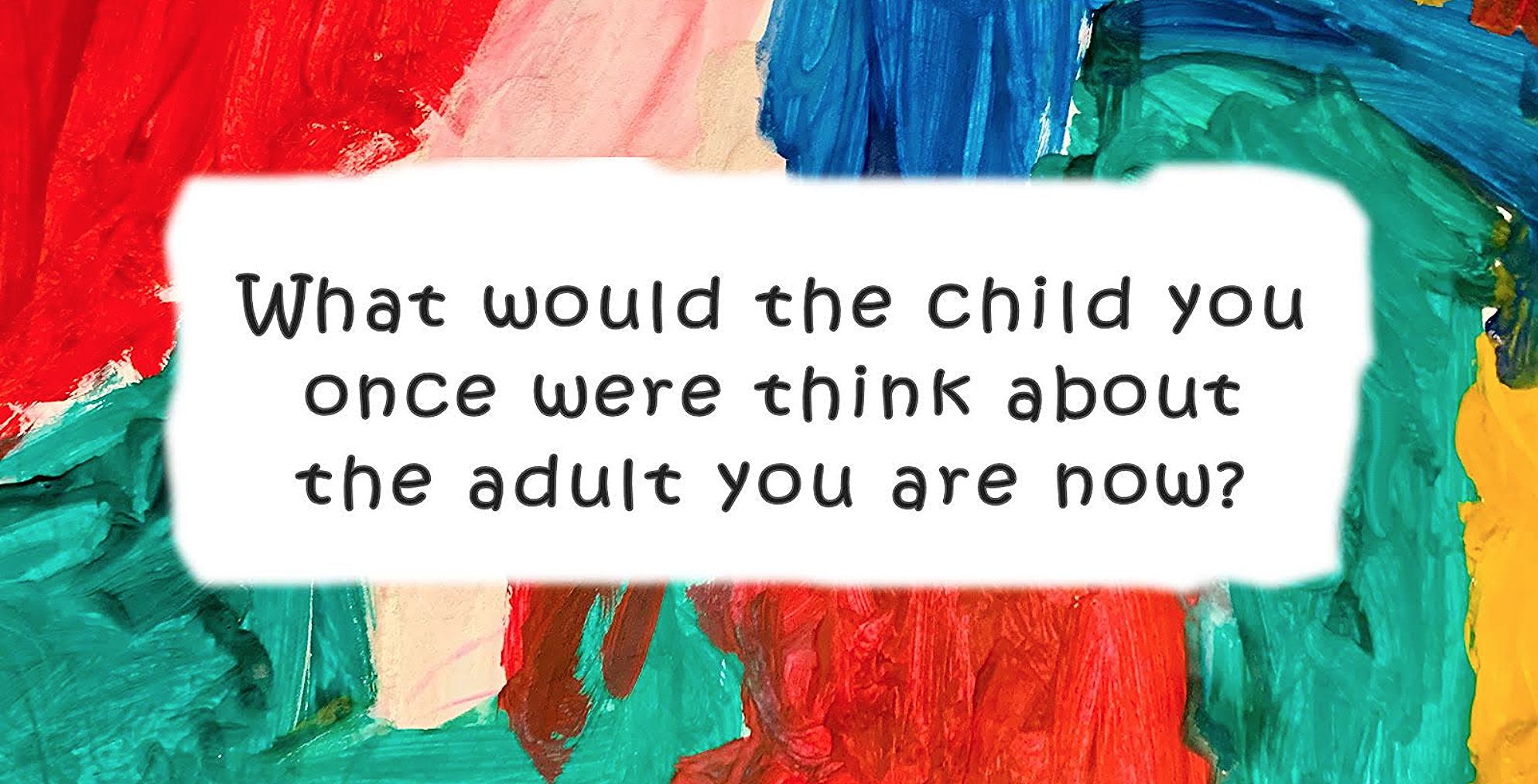 The approach of Phillip Noyce‘s Above Suspicion in mid May (digital/VOD platforms on 5.14, Blu-ray and DVD on Tuesday, 5.18) offers an excuse to recall a similar kind of film — Lamont Johnson‘s The Last American Hero (’73), currently streaming on YouTube for free and for cost on Amazon.

Noyce’s film is classic, grade-A moonshine, and so was Hero in its day.

Originally posted in July ’05: Loosely based on Tom Wolfe’s legendary 1965 Esquire article about one-time moonshine smuggler and stock-car racer Junior Johnson, it’s about a young guy (called Junior Jackson and played by Jeff Bridges) on the wrong side of the law who went on to become a famous stock-car racer.

For me, Hero is the super-daddy of redneck movies — a slice of backwoods Americana that got it right with unaffected realism and showing respect for its characters, and by being intelligent and tough and vivid with fine acting.

Jackson is more or less content to smuggle illegal hooch until he gets pinched and his soul-weary dad (Art Lund) persuades him to think twice, and he eventually uses his car-racing skills to break into stock-car racing. Geraldine Fitzgerald, Ed Lauter, Gary Busey and Valerie Perrine are among the costars.

Johnson’s film was widely admired (serious film critics got behind it, especially Pauline Kael). And its influence in Hollywood circles seems hard to deny, its commercial failure aside, for the simple fact that it was the only backwoods-moonshine movie at the time that was seriously respected for what it was, as opposed to being (nominally) respected for what it earned.

As movies steeped in rural southern culture go, The Last American Hero had roughly the same levels of honesty and sincerity as Coal Miner’s Daughter, which came out in 1980.

My vocabulary isn’t sophisticated enough to describe the alternating tempos, sudden slowdowns and shifting rhythms in “Stop” (’66), a standout single from the Moody Blues and cowritten by Denny Laine and Justin Hayward. (Or was it Laine and Mike Pinder?)

The song reportedly reached #98 in the Billboard charts during April 1966 after getting lots of airplay on NYC AM rock radio (WABC, WNEW), and then kind of slipped away.

Relatively unknown to even hardcore MB fans — i.e., the ones who only know them from the ’67 to early ’70s period of Days of Future Passed (“Nights in White Satin”, Tuesday Afternoon”), In Search of the Lost Chord and On the Threshold of a Dream.

I know that a lot of breakthroughs happened in ’66, and this, in its own small way, was one of them.

I’m nowhere close to being a Joan Crawford-level scrubfreak, and yes, I do tend to burrow into mindstreams while writing and am therefore not focused on house-cleaning during work hours. But I do believe in order, tidiness, hot water and Bounty paper towels, bristle brushes, taking the garbage out, watering the plants, Comet cleanser and sweeping up and vacuuming…I don’t know, two or three times per month.

When I was 21 and sharing a house with some people I given a short broom and dust pan as a Christmas present, because I was the tidiest person in the house by far. How many HE readers can honestly say “I was such a neat freak when I was young that I was actually given cleaning implements for a Christmas present?” None, I’d imagine.

But now I live with an obsessive who has wiped clean that memory and bestowed a new identity. I am now a coarse, snorting, hopelessly undisciplined animal who wasn’t brought up properly and lacks any sense of serious rigor in terms of wiping, scrubbing, vacuuming and the like — a person who creates and lives in “a pig’s place.”

Tatiana’s mother was in fact a Russian Joan Crawford — a “down on your knees with a bucket of hot water and a scrub brush” cleanliness Nazi who struck terror into her children’s hearts. When her mother announced an intention to visit Tatiana in college, the dormitory room was cleaned top to bottom in anticipation of her arrival, and even then her mother took one look, was seized with alarm and got down on her knees and went after the dust bunnies under the beds. And so, in a sense, I am living with that manic Crawford exactitude and fastidiousness on a daily basis.