Maher: “A funny thing happened on the way to the old-age home. Biden slayed the Orange Dragon, and is now spearheading the most transformative administration since FDR. With an approval rating of 59%. Biden upped his game. He got better at age 78. What a mind-blowing concept [to] the younger generation for whom writing someone off because of their age is the last acceptable prejudice. They hate every -ism except ageism. It’s completely forbidden to tell any joke about race, gender, religion, weight…but age? Have at it.”

Conjuring paycheck whores, back for more.

Time to re-invest in the ongoing saga of Ed and Lorraine Warren, who have both passed away in actuality. The Nun, Annabelle: Creation, Annabelle, The Conjuring, Annabelle Comes Home, The Curse of La Llorona, The Conjuring 2, The Conjuring: The Devil Made Me Do It…people keep paying and paying, the Conjuring players keep investing their money wisely, etc.

Patrick Wilson and Vera Farmiga show up, hit their marks, say their lines and people pay. So they do another one and people pay, etc.

The Conjuring Universe franchise “has grossed a combined $1.9 billion against a combined budget of $139.5 million, becoming the second highest-grossing horror franchise ever behind Godzilla.” I’m presuming that Wilson and Farmiga have serious points.

Posted on 2.1.21: The tone of Mariem Pérez Riera‘s Rita Moreno: Just a Girl Who Decided to Go for It is very “go, Rita… we love and cherish you”, etc. Which is great — it’s what every positive-minded doc about a long-haul, never-say-die actress should be like.

But it also plays the victim card over and over. It ignores the way things were when Moreno was coming up in the ’50s, and it tips in the direction of instructional 21st Century progressive feminism. It’s totally infused with “presentism” — judging the past by present-day standards.

It’s not about how Moreno’s life unfolded on a moment-to-moment basis when she was coming up and making her name and building her career, but about how badly she was treated and what assholes the various men were. Which they WERE, of course, but the ’50s were not a time of enlightenment as far as recognizing the full value of women in any realm was concerned. Moreno had a tough time because of that.

Yes, the film industry was sexist, exploitive, insensitive…unable or unwilling to see Moreno as a unique Latina with her own identity and contours. Yes, it was a bad place in many respects, but then again she was close to the top of the industry in the ‘50s.

How many dozens or hundreds of other Latina actress dancers were hungry to be cast in the roles that she landed? How many others were as talented? Or making as much money? (There was a reason that she got the Anita role in West Side Story rather than Chita Rivera, who played the spitfire character on Broadway.) How many Puerto Rican-born actresses were hanging out with Marlon Brando in the ’50s and early ’60s and running in that heavy company? Or attending the 1963 Civil Rights March? And having a side affair with Elvis Presley and rubbing shoulders with almost everyone who mattered back them?

Yes, she really got going as a stage and character actress in the ‘60s, ‘70s and beyond. Yes, she was on The Electric Company and Sesame Street and Oz. Yes, she’s costarring in the Norman Lear reboot of One Day At A Time, etc.

It’s a bit curious, by the way, that Riera has decided to ignore Moreno’s big scene with Jack Nicholson at the end of Mike Nichols‘ Carnal Knowledge (’71). It’s one of her hallmark moments, and yet Riera dismisses it because…you tell me. She also ignores Moreno’s Presley affair, which was basically about making Brando jealous. 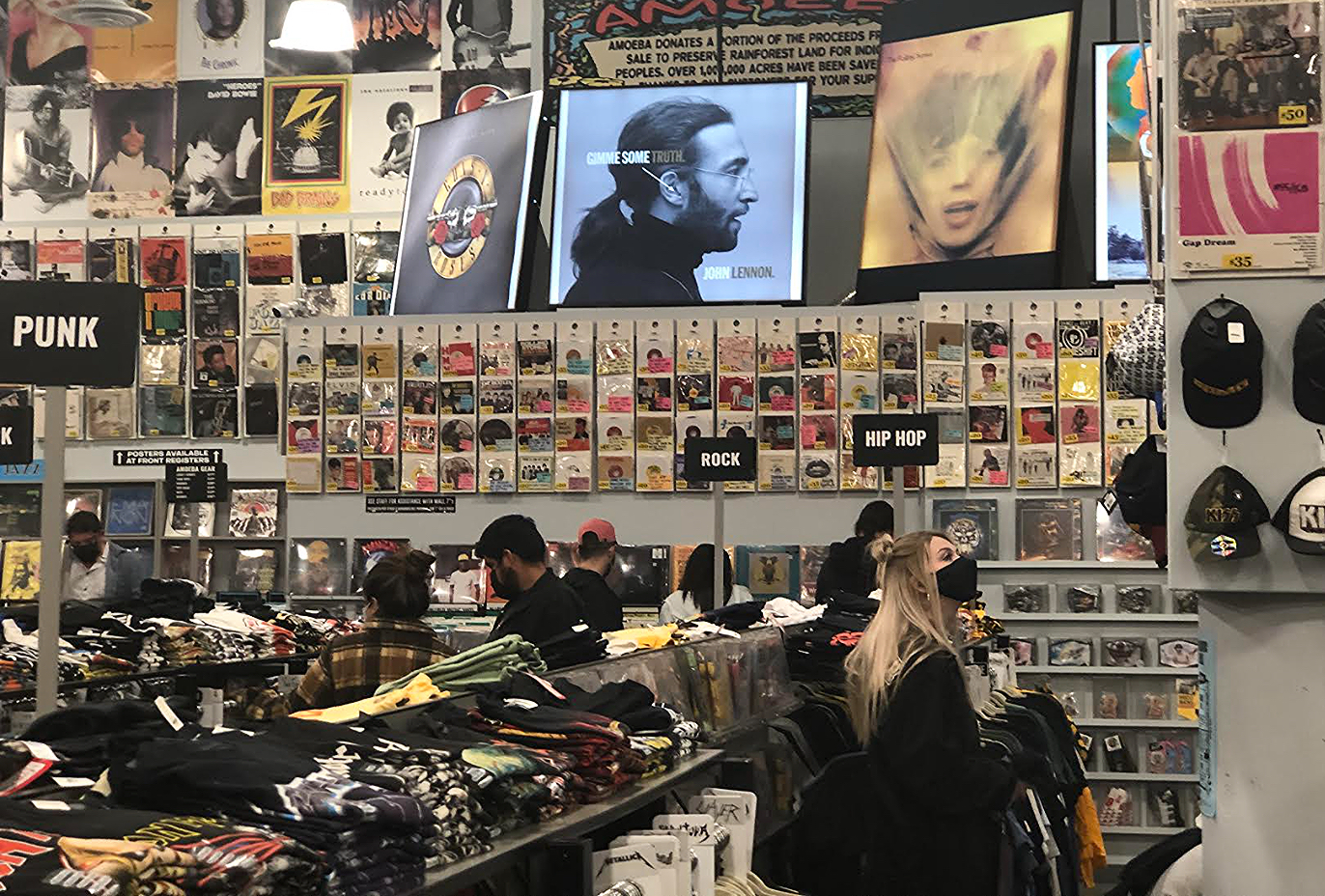 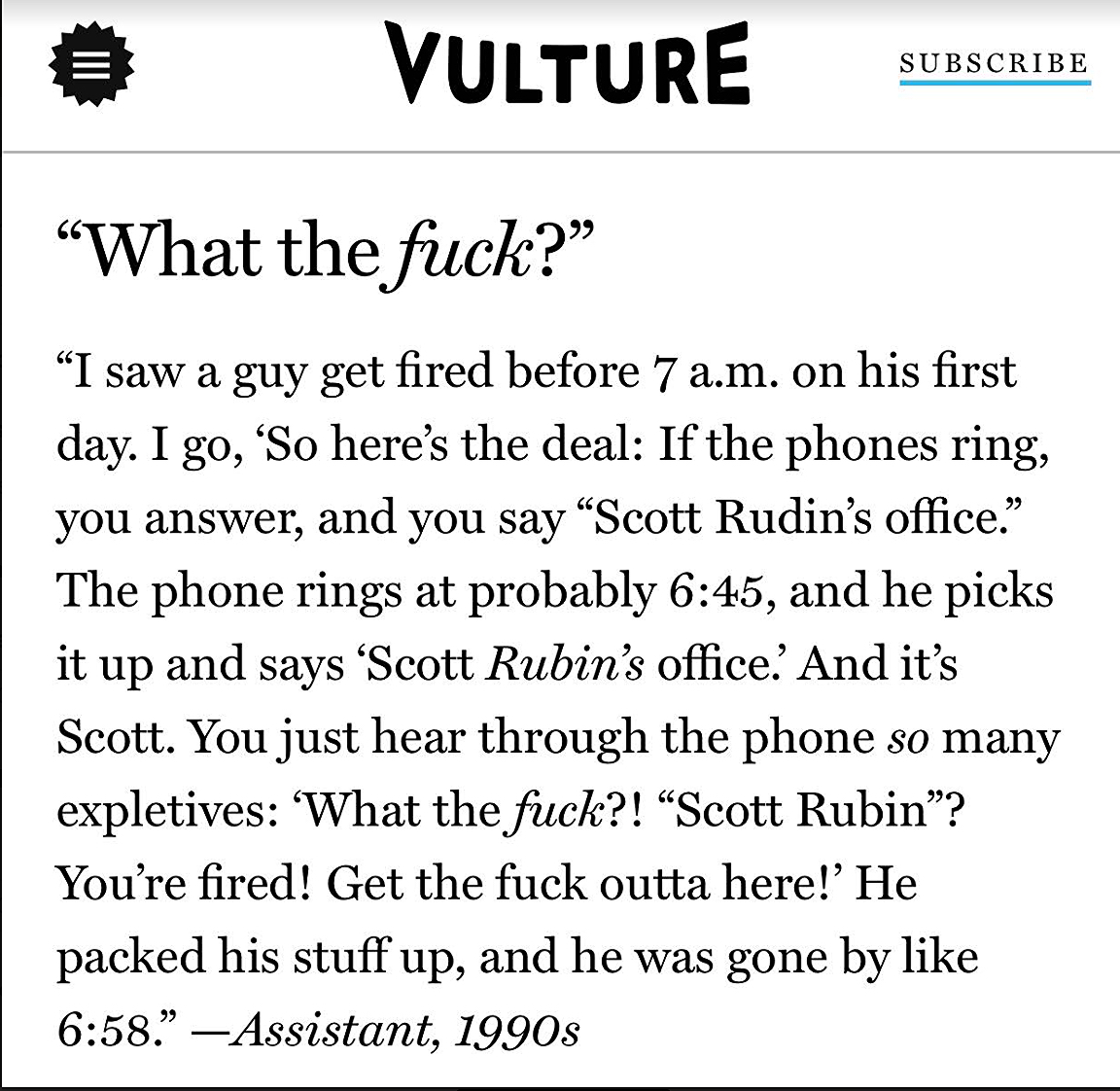 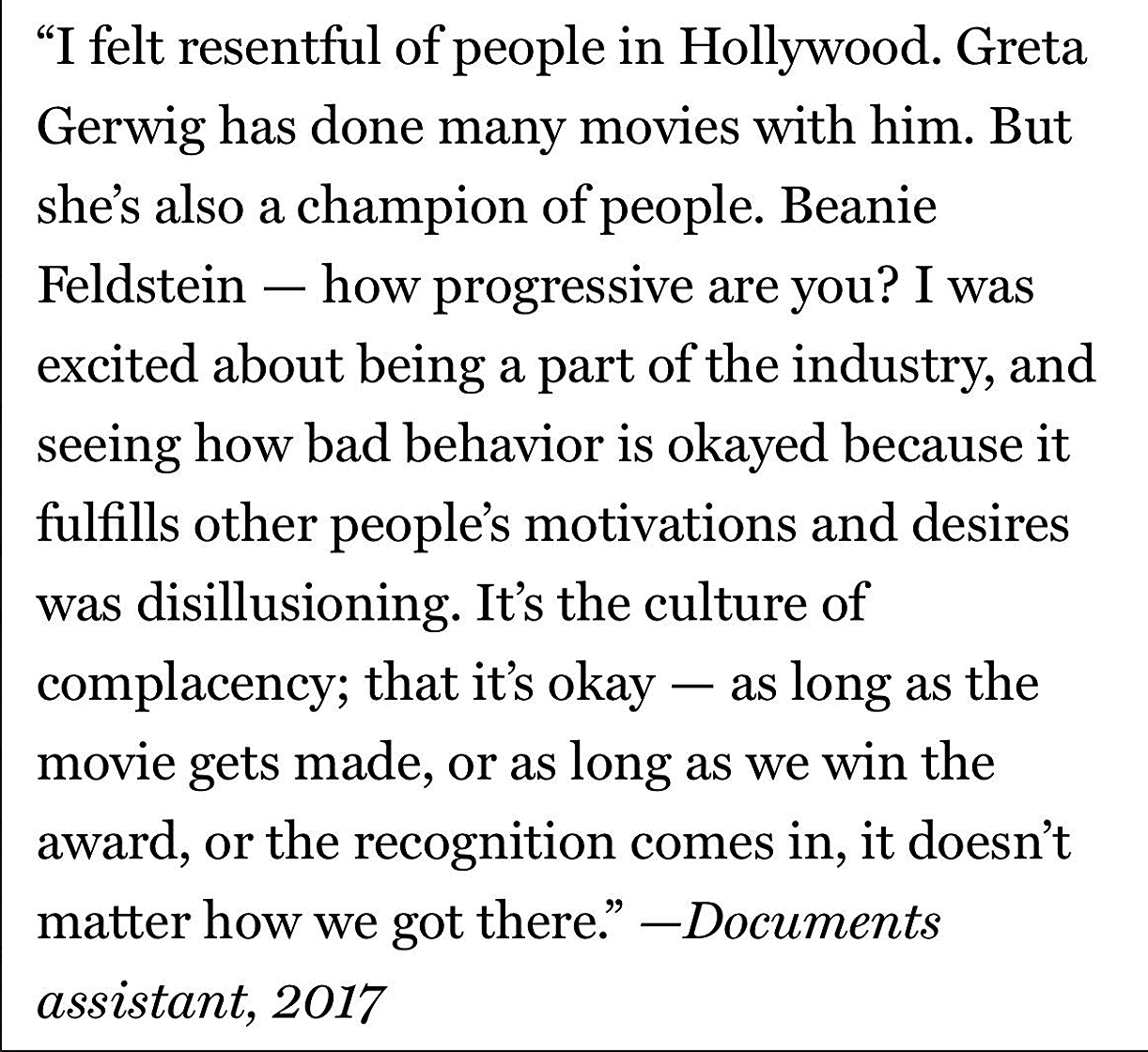 I was personally shattered when I read a few months ago that Cate Blanchett wouldn’t be playing Lucille Ball in Aaron Sorkin‘s Being the Ricardos, but that Nicole Kidman would. I’m still very sorry about this.

Blanchett is more imbued with that combination of skill, genius, magnetism and whatever-else-you-want-to-call-it than Kidman is…sorry but it’s true. That same spark of nervy madness was in Ball herself, which is why Blanchett would’ve been a perfect fit. Plus the 53-year-old Kidman is too old to play Ball when she and Arnaz first met (during the shoot of 1940’s Too Many Girls, when Ball was 29 and Arnaz was 23).

Javier Bardem as Desi Arnaz will be great…love it.

“It’s the story of Lucille Ball, my actual mother…not Lucy Ricardo. There will be humor in the film, but it’s the story of the two of them and how they met, and what went right and what went wrong [with] their relationship, their love affair. So stop arguing about who should play it, her nose isn’t the same, she doesn’t look like her, she isn’t as funny….just trust us, it’s gonna be a nice film.” — Lucie Arnaz in a Facebook video, posted on or about 1.18.21.

Earnest congrats to the winners of the 2021 Independent Spirit Awards, and particularly to the Best Actor and Best Actress winners — Sound of Metal‘s Riz Ahmed and Promising Young Woman‘s Carey Mulligan. And an especially supportive back-pat for emcee Melissa Villasenor — smart material performed for a smattering of miked stage hands, amusing skits (Owen Wilson runs into a testy Frances McDormand)…unqualified HE approval.

And “sorry but tough shit” condolences for the multi-category-nominated Never Rarely Sometimes Always (seven noms including Best feature and Best Director), Ma Rainey’s Black Bottom, Miss Juneteenth, First Cow and The Assistant. Each of these films had gathered a certain amount of earlybird award-season heat, and then it all just melted away.

Why did Never Rarely vaporize so completely? I’ll tell you why. Because it’s an Indiewire movie — an understated, praised-to-the-heavens, Eric Kohn and David Ehrlich-approved Sundance flick, except even indie-world veterans don’t necessarily park their cars in the Ehrlich-Kohn garage.

Same deal with First Cow…totally stamped and sanctified by Kohn-Ehrlich, and where is it now? I’m telling you that Kohn-Ehrlich is an entirely separate planet…an entirely different solar system.

2020 “friendo” comment about Never Rarely: “Sidney Flanigan‘s profound ambivalence about what she’s about to go through, her deep desire not to do it, because there is in fact a live human in there…this element is literally the only drama in the film. That’s what’s so hilarious about the woke film-critic-industrial-annoyance-complex not getting it. What do they think the movie is about? If their left-wing boilerplate interpretation were accurate, it might as well be a movie about two teenagers hopping a bus to go to New York City to pay $500 in unpaid parking tickets.”