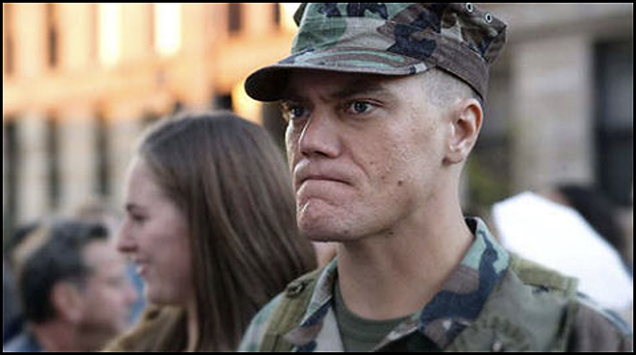 Occipital Intrigues, Part 2
Early this morning I requested streaming access to Oliver Stone's JFK Revisited: Through The Looking Glass, which will screen during the about-to-begin 2021 Cannes Film Festival. I just want to be able to see it and write about it concurrent with the Cannes-attending journos...that's all. Login with Patreon to view this post
July 2, 2021 2:27 pmby Jeffrey Wells
No Comments

Villains Askew
All screen villains are perverse or flamboyant in one way or another, but it’s fairly rare to run into one with with a truly twisted or offbeat attitude. In an off-handed, no-big-deal, between-the-lines sort of way, I mean. Muddy-souled, less-than-admirable fellows who are both neurotic and a bit moronic. Not “comedic” figures, but dour, compromised souls whose bizarre manner, obsessions and quirks makes them a bit laughable or at least amusing to some extent. Login with Patreon to view this post
July 2, 2021 1:44 pmby Jeffrey Wells

In The Path of Bukowski
HE Plus, 6.29.19: There’s a great Charles Bukowski line from one of his short story volumes, a line about how good it feels and how beautiful the world seems when you get out of jail. I can confirm that. Not only does the world look and feel like the friendliest and gentlest place you could possibly experience, but it smells wonderful -- food stands, car exhaust, sea air, asphalt, window cleaner, green lawns, garbage dumpsters. Compared to the well-scrubbed but nonetheless stinky aroma of the L.A. County Jail, I mean. Login with Patreon to view this post
July 2, 2021 1:37 pmby Jeffrey Wells
17 Comments
Giorgio Baldi

I’ve eaten at Giorgio Baldi twice…no, three times. The first time was 10 or 11 years ago with Hurt Locker screenwriter Mark Boal (Zero Dark Thirty was years off at the time). Clint Eastwood and Sean Penn were sharing an indoor table. Three or four years later I ate there on my own dime, and then returned again in ’16 or thereabouts. It’s pricey but excellent. The Dover Sole is heavenly — moist and light, bursting with flavor, sprinkled with lime.

But I’ll tell you one thing. If I was rich or famous enough to have a security guy with me, and if he were to gently place his hand on my back as I stepped into the waiting SUV, I would probably stop and turn around and ask, “Why are you putting your hand on my back?” 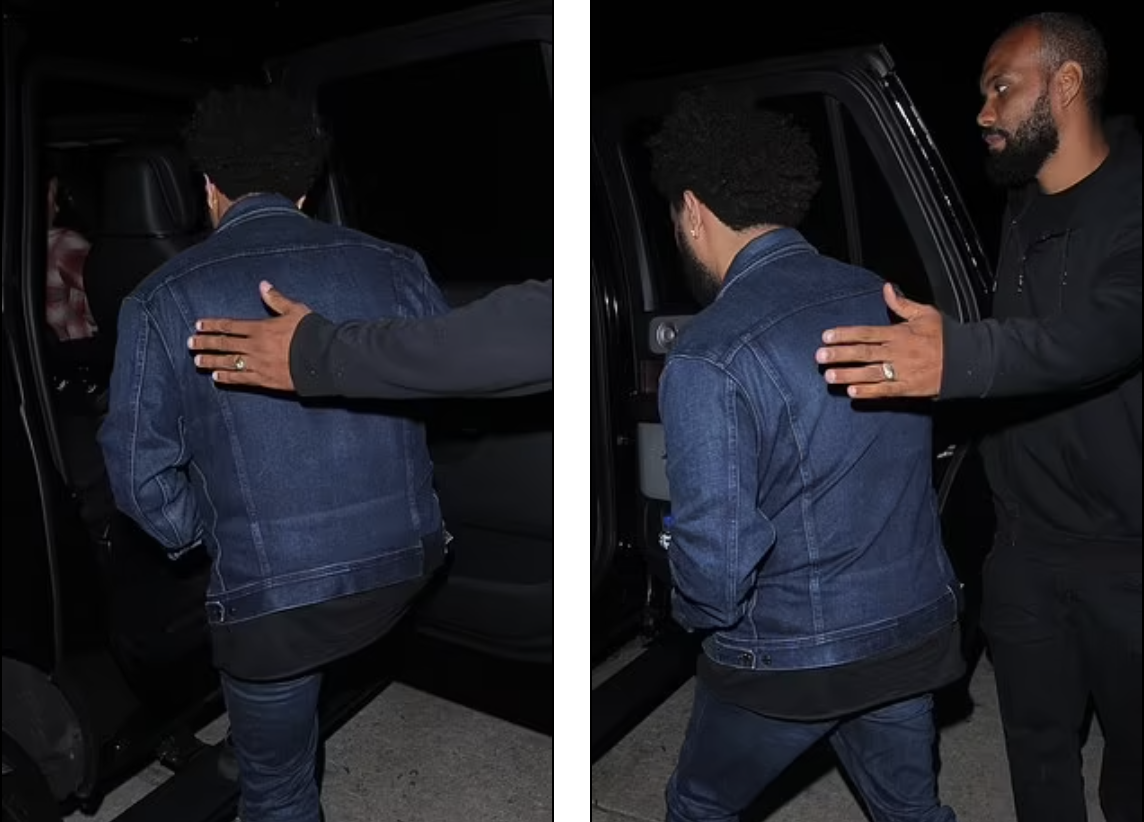 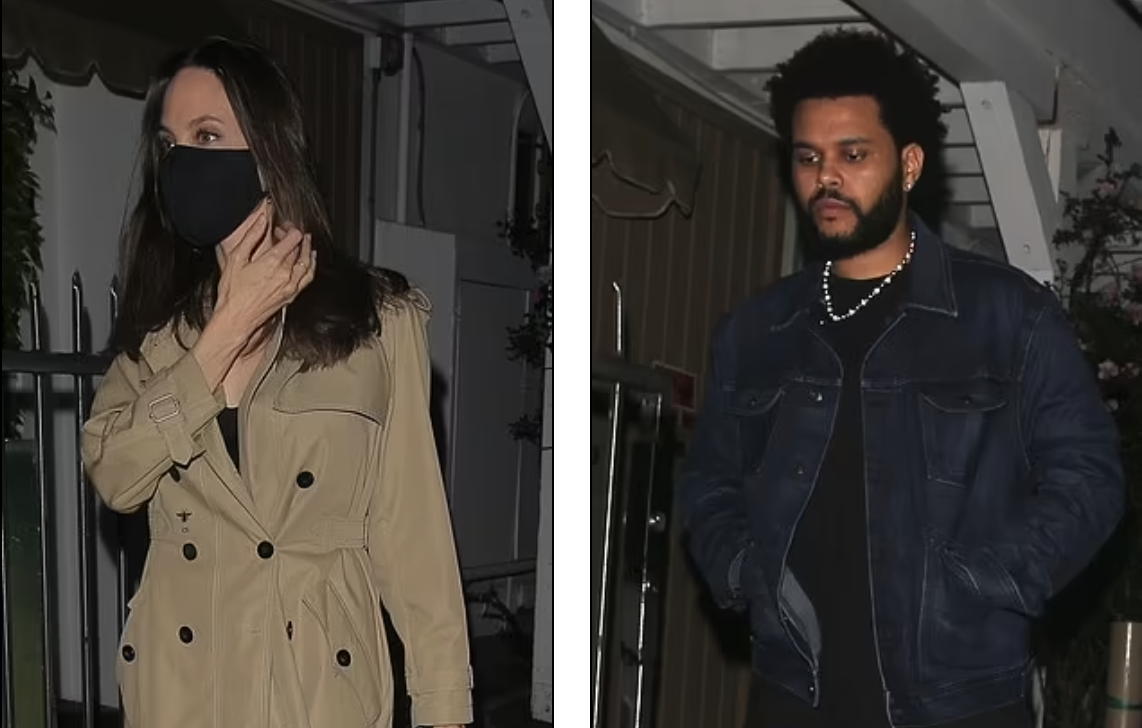 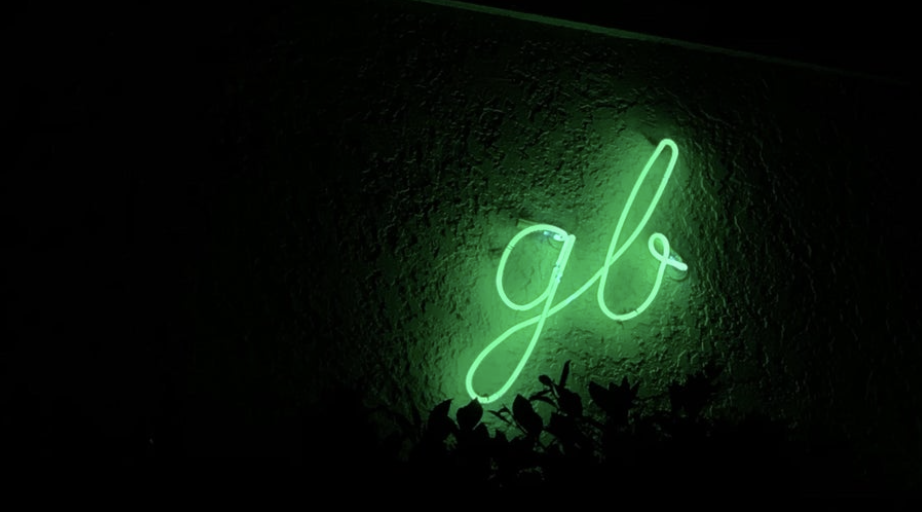 Exactly what, I’m asking myself, will the great Jonah Hill have to say about the great Albert Brooks and his 1991 classic, Defending Your Life? Other than the usual hosannahs and platitudes, I mean — “This film means so much to me personally,” “Brooks is a genius” (which he is), “It’s so rare for a film to be funny and make you think and touch your heart at the same time,” etc. All of which are valid sentiments.

Defending Your Life basically asks viewers “how much of your life has been driven by fear and anxiety and cowardice, and how much of your life has been about truth and bravery and taking stabs at creativity and applying kindness rather than judgment…? We all conform as best we can because we want safety and security in our lives, but conforming too much will suffocate your soul…so where have you been putting most of your emphasis and energy?”

The one thing I didn’t like about Defending Your Life was its portrayal of Meryl Streep‘s “Julia” character –it seemed dishonest, or at the very least incomplete.

Brooks’ recently deceased “Daniel Miller” falls in love with Julia during his stay in Judgment City, which is a kind of purgatory for souls to be judged on their past lives, as they wait to see if their next phase of mortal incarnation will be a re-run or a step up the spiritual ladder. Daniel, we gradually learn, lived too much of his life in fear of this or that, and Julia, it seems, never had a fearful day in her life. She’s so perfect and gracious she’s almost suffocating. Nobody is that good. 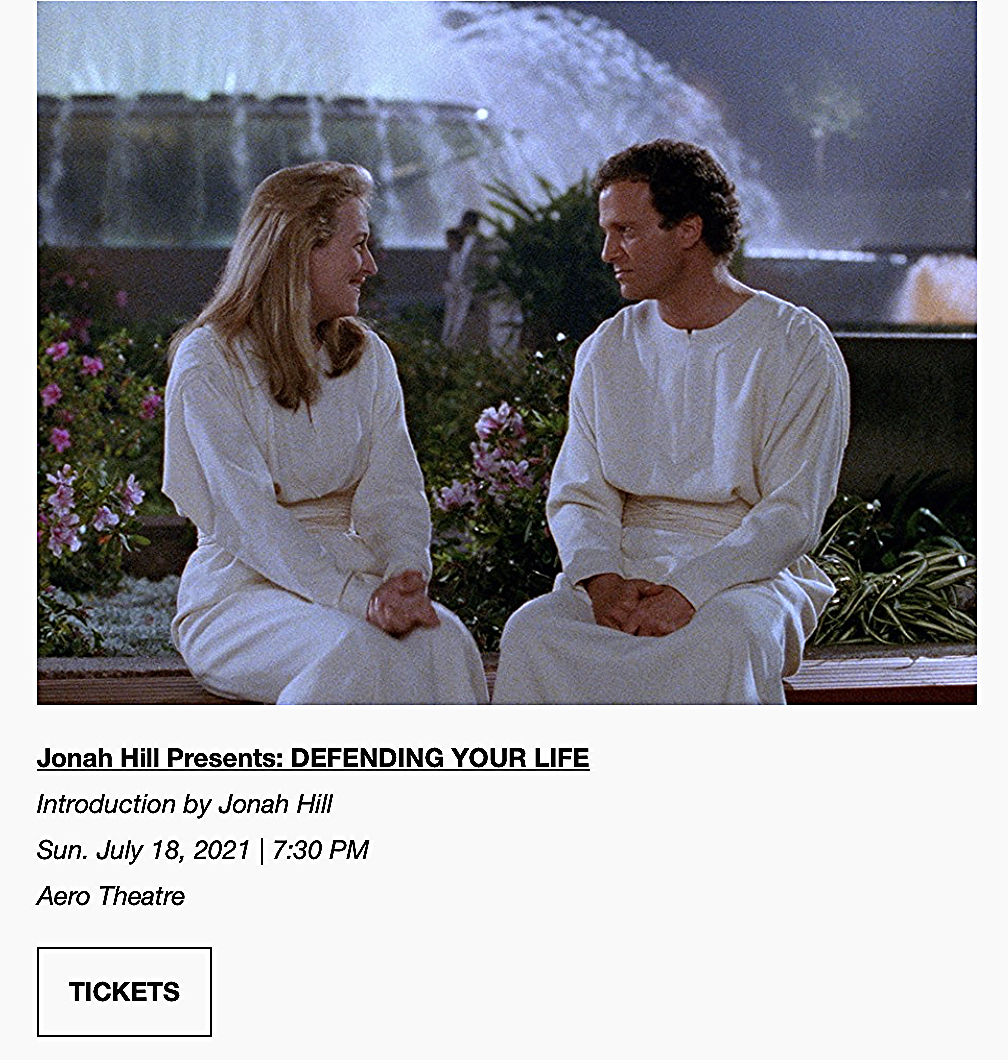 11 years ago I riffed about films that have dealt with death in a “good” way: “The best death-meditation films impart a sense of tranquility or acceptance about what’s to come, which is what most of us go to films about death to receive, and what the best of these always seem to convey in some way.

“Here’s a list of some top achievers in this realm. I’m not going to explain why they’re successful in conveying the above except to underline that it’s not just me talking here — these movies definitely impart a sense of benevolent order and a belief that the end of a life on the planet earth is but a passage into something else. I’ve listed them in order of preference, or by the standard of emotional persuasion.

I’d been putting off watching The Tomorrow War. Naturally. Obviously. As God is my witness, my caretaker and my co-pilot, I don’t want to watch a Chris Pratt film ever again…any subject, anywhere, by anyone. To me Pratt is nothing short of a demonic figure…as much of a cinematic repellent as Dwayne Johnson, and that’s saying something. Pratt doesn’t take anything seriously…everything’s an effing joke, everything’s “ironic”…I really hate his ass.

Nonetheless I tried watching this damn thing twice last night, and both times it defeated me within minutes. Deflated me, I mean. You’d have to be a serious gamer to watch this thing in the first place…right? Probably a necessity. Speaking as a 60/40 fan of Doug Liman and Tom Cruise‘s Live Die Repeat (aka Edge of Tomorrow), I was hoping that The Tomorrow War might deliver in a similar way….nope!

I just can’t stand those ridiculous reptile monsters with their open howling mouths…hordes and hordes…like those mountains of zombie insects in World War Z…I’m so sick of seeing monsters of any kind…I really hated those Quiet Place, Part II beasts….plus we’re surrounded by real-life monsters on Twitter on a 24/7 basis…sick of it, sick of it, throwing up. And yet 80% of your Rotten Tomato readers are down with this film….80%!!