Another “Teenage Pain” Story
Being a mid-realm teenager (14, 15, 16 and sometimes 17) can feel like a cross between a Eugene O’Neil or Edward Albee melodrama and a kind of low-simmering horror film. Or at least, it felt that way to me. Okay, most of the time I was dead bored or lost in television or a movie I'd recently seen or seething about some suffocating parental restriction, but during those periods when I actually faced my situation I was engulfed in something that felt like a form of suffocation.

100% Martin Riggs: “Whaddaya wanna hear, man? Do ya wanna hear that sometimes I think about eatin’ a bullet? Hah? Well, I do. I even got a special one for the occasion with a hollow point…look. Make sure it blows the back of my goddam head off, do the job right.”

Every now and then Chris Gore seems to be on the verge of saying “yes, they’re a prison camp…of course they are!” But he always wusses out or, you know, holds back. Because he’s still invested in the things that moved him as a kid and a teenager. Which, I suppose, also describes me to some extent.

…that a fair-sized percentage of the Republicans refusing the vaccine will succumb to the Delta variant and perhaps…move on the next realm? C’mon, what’s so bad about that? They’re monsters, they’re lunatics, they’re prolonging the pandemic…fuck ’em if they can’t take a joke. 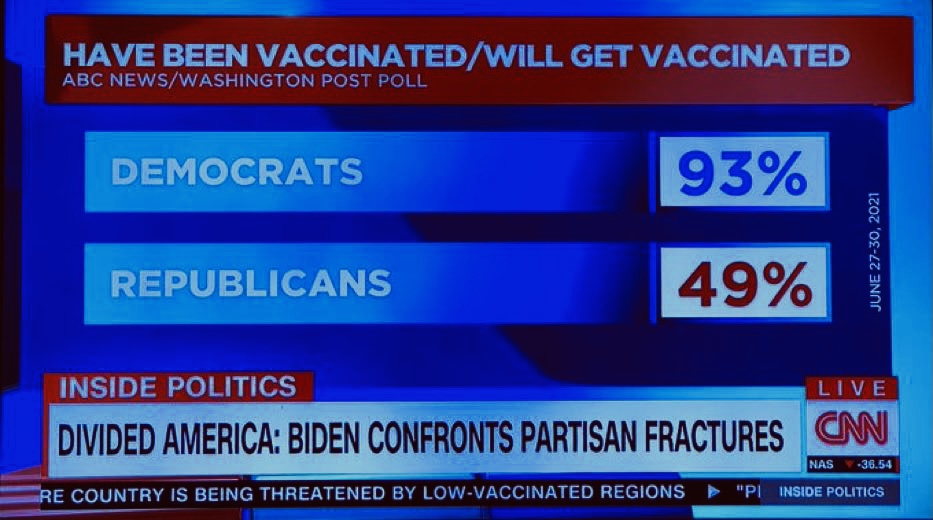 If you haven’t yet, please get vaccinated. It’s the best way to keep yourself and your loved ones safe from the dangerous new COVID-19 variants.

Let’s finish this virus once and for all. pic.twitter.com/wMfP6yAnFV

Excellent Richard Donner Story!
True story from a critic friend, edited by the author so as to obscure his/her identity:

32 Comments
That’s It — “Annette” Has Fallen

Leos Carax’s musical collaboration with the Mael brothers is “an audacious folly that comes across as grandiose and joyless” — Screen Daily‘s Jonathan Romney.

I’m sorry but I don’t wholly disagree with the sixth paragraph in a 7.5 USA Today op-ed piece. It pains me to acknowledge that it was written by Christopher F. Rufo, a conservative Millennial who’s buddied up with Tucker Carlson and the vile Mark Meadows. I hate Trump-allied righties for the most part, but the sixth paragraph has validity.

“‘Political correctness’ is a dated term and, more importantly, doesn’t apply anymore. It’s not that elites are enforcing a set of manners and cultural limits — they’re seeking to reengineer the foundation of human psychology and social institutions through the new politics of race. It’s much more invasive than mere ‘correctness,’ which is a mechanism of social control, but not the heart of what’s happening.

“The other frames are wrong, too: ‘cancel culture’ is a vacuous term and doesn’t translate into a political program; ‘woke’ is a good epithet, but it’s too broad, too terminal, too easily brushed aside. ‘Critical race theory’ is the perfect villain. Its connotations are all negative to most middle-class Americans, including racial minorities, who see the world as ‘creative’ rather than ‘critical,’ ‘individual’ rather than ‘racial,’ ‘practical’ rather than ‘theoretical.’

The nub of Rufo’s rebuttal begin at 6:45, and they partly stem from Anastasia Higginbotham‘s “Not My Idea: A Book About Whiteness“, the controversial children’s book.

The word is out on Annette, and everyone has adjusted their expectations. Look at all those opening-nighters sitting standing right next to each other! Jodie Foster‘s fluent French is attractive.

5 Comments
Even With The Renovation…

You’d think that movie distributors would want to mount garish billboards on the Carlton hotel’s facade, in keeping with decades upon decades of tradition. What is the Cannes Film Festival without vulgar signage along the Croisette? Except 2021 is a sleepy-ass year, and movie promos are few and far between.