Support on Patreon Follow @wellshwood
No Comments
Give Spielberg His Due

If the original Leonard Bernstein-Stephen Sondheim-Arthur Laurents stage musical hadn’t opened at the Winter Garden in ’57, if Wise’s film hadn’t won all those Oscars four years later, if there hadn’t been so many revivals and re-interpretations over the years…if Spielberg’s film was a brand spanking new period musical, all pink and damp and fresh out of the nursery, it would be a huge wham-bammer. The Gold Derby whores would be calling it the presumptive Best Picture winner. But it’s not that.

West Side Story is an old chestnut that reflects a world that no longer exists…a capturing of urban racial tensions among poor Irish and Italians vs. poor Puerto Ricans during the mid-Eisenhower era, in a once-grubby part of Manhattan…it’s the umpteenth version of a musical that’s nearly 65 years old, and there’s just no getting around that.

The only shot I don’t like is the overhead view of the Jets and Sharks approaching each other with intense shadows merging in front of them — that’s Spielberg and Janusz Kaminski pushing the boundaries.

I’m thinking of a climactic scene from Roland Joffe‘s Fat Man and Little Boy when J. Robert Oppenheimer (Dwight Schultz), wearing tinted eye goggles, is witnessing the first nuclear explosion outside Los Alamos (or wherever it happened) from inside a sand-bag bunker, and kind of convulsing at the sight of it, the wind velocity causing his mouth to contort, exposing his teeth. At first he seems to be thinking “my God, what have we done?” Then you realize he’s excited by this stunning sight. Triumphant, in fact. High-fiving a colleague. Not “I am become death, destroyer of worlds” but “Yo, we did it!!!”

Give Joffe credit — this is a powerful cinematic moment. 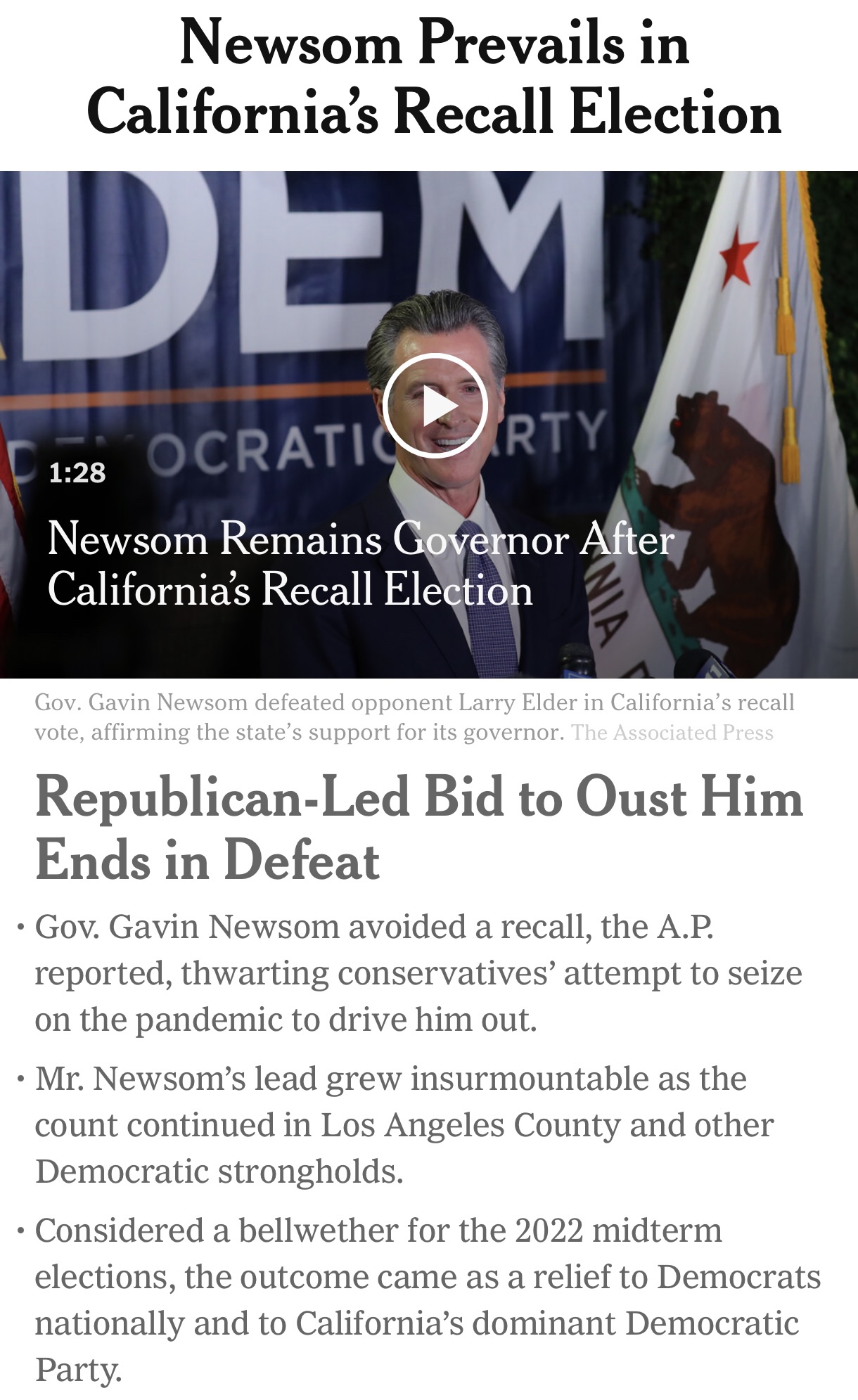 No Comments
Destroyer of Worlds

What could Chris Nolan bring to the saga of J. Robert Oppenheimer, the atom-bomb creator whose life and career came to symbolize moral dilemmas facing the scientist in the nuclear age.

Nolan will probably deliver two or three ribcage-shattering recreations of nuclear explosions, but there have been two or three tellings of the Oppenheimer story and…I don’t know what to think or feel.

My favorite of all the re-tellings is The Trials of Robert Oppenheimer, the 2009 David Strathairn-starring docudrama, directed by David Grubin for PBS and The American Experience.

Whatever Nolan may have planned, I’m not sensing a project of landmark importance.

Out of respect for the legacy of The Sopranos, and for the upcoming, keenly anticipated The Many Saints of Newark (Warner Bros., 10.1) and especially due to David Chase‘s feelings of despair and resentment about the day-and-date opening (theatrical plus HBO Max), I’m planning to see Many Saints with a paying crowd on the evening of Thursday, 9.30.

Chase: “I don’t think, frankly that I would’ve taken the job if I knew it was going to be a day-and-date release. I think it’s awful. I’m still angry about it.” 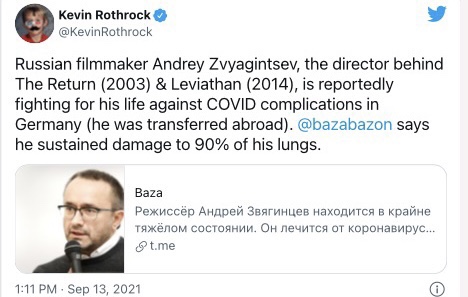 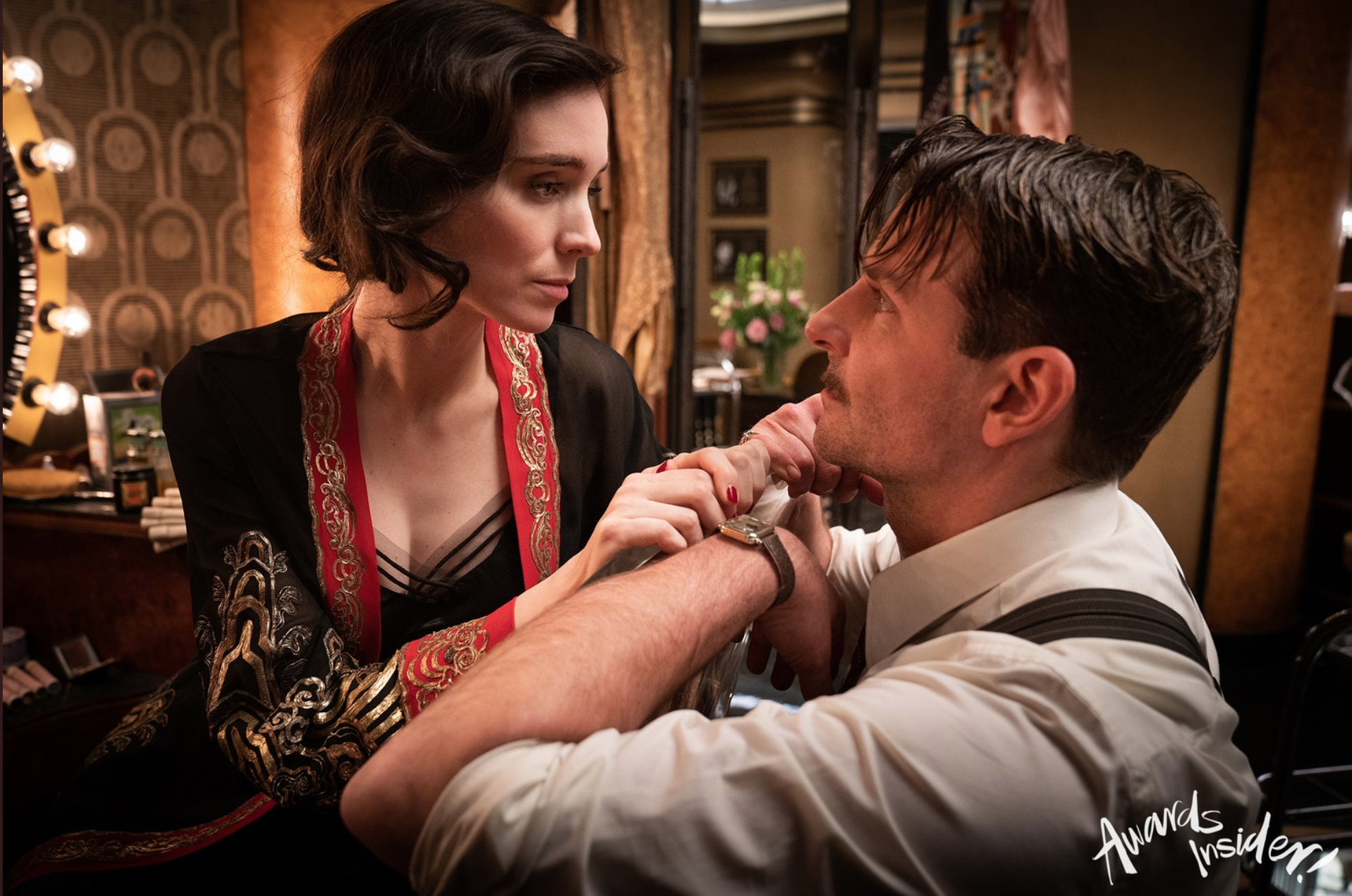 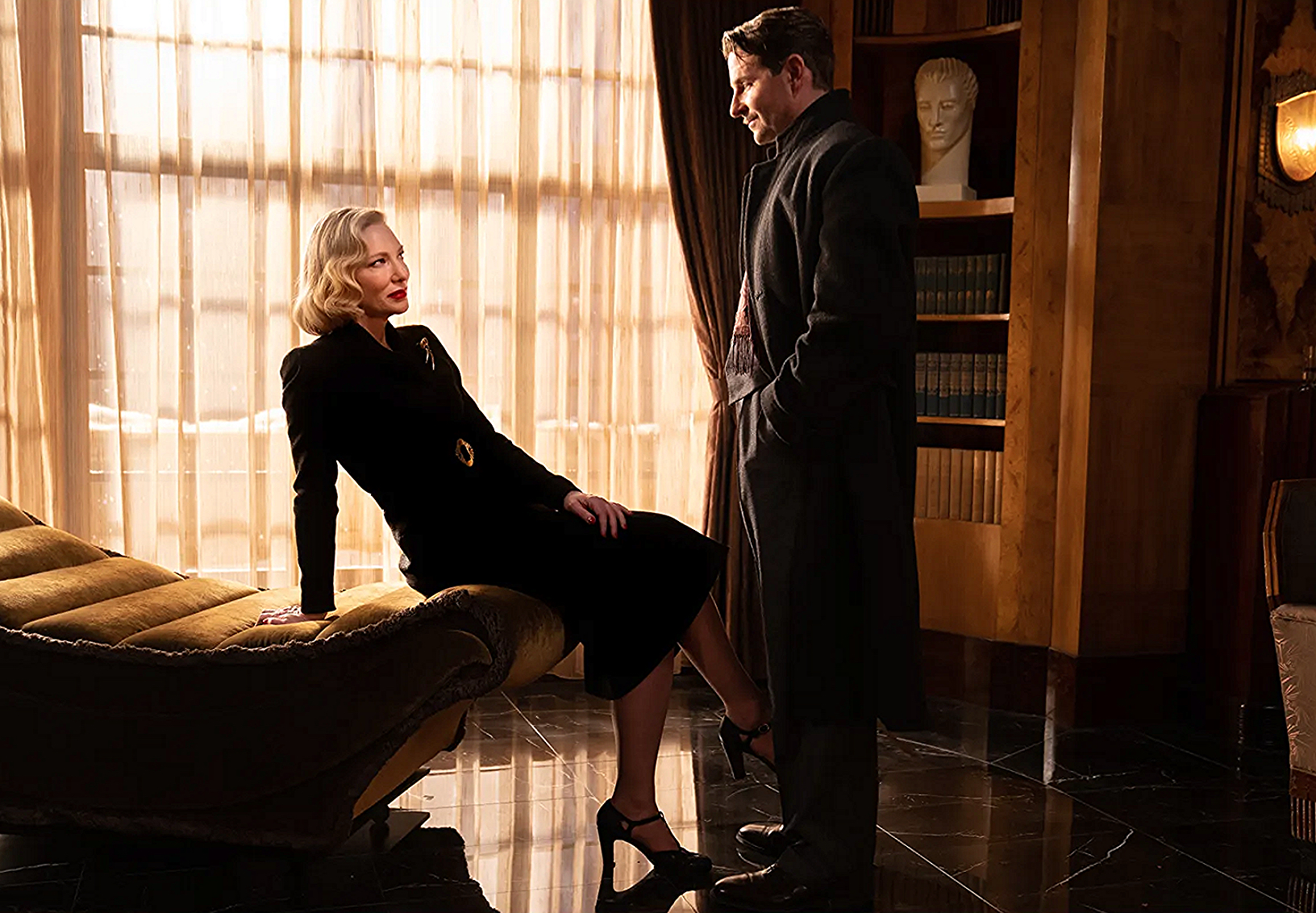 First, as one who was friendly with Matt Drudge in the mid to late ’90s, I’m seriously impressed with Billy Eichner‘s impersonation of the guy (voice, physical resemblance, the hat) in the below clip from episode #2 of Impeachment. Listen to Eichner’s voice between :21 and :27 — “I hear you’re working on a new story about another woman our dear leader harassed.” Sounds a lot like the Real McCoy — just saying.

It’s odd how Impeachment producers have obviously gone to a great deal of trouble to make various cast members closely resemble the characters they’re playing, and yet they chose Beanie Feldstein to play Monica Lewinsky.

Second, there’s a scene in which Hillary is enraged at Bill for having lied to her about the Lewinsky thing. Hillary is far from stupid, and everyone knew Bill was an incorrigible hound when he was Governor of Arkansas in the ’80s and early ’90s. Plus everyone understands that leopards almost never change their spots. So what’s the possible basis for Hillary feeling betrayed and enraged over yet another infidelity during their White House years?

Hillary had a right to feel angry, of course, but about looking foolish by telling reporters that her husband was innocent. Bill broke their agreement by getting caught, and that made Hillary look like a liar or a fool. Generally speaking she obviously knew who he was in terms of randy behavior (watch Primary Colors) and couldn’t have been shocked to learn that he and Lewinsky had been intimate.

** We saw Titanic together on the Paramount lot in late November ’97, and a few weeks earlier he dropped by the People offices in West L.A. at my request to help me with a technical problem.

Oh and Incidentally….
[WARNING: HE regulars who routinely complain about political-minded or inside-the-Hollywood-beltway posts should just ignore this. It's just an angry reply to an ex-friend that I wrote last weekend. Don't worry about it.]