“Regional Friendo” piped in with a gripe about abusive bosses and how gentle bosses are much better, and how respect is a two-way street.

HE to Regional Friendo: “I prefer mellow to agitated as well. But this is a tough town and snappy bosses are lamentably par for the course, at least in some corners. You basically have to man up, grim up and take it. Life in the big city.

“You remember Budd Schulberg’s What Makes Sammy Run?, of course. Imagine if Sammy Glick had hired a team of snowflake employees. What a Daily Beast article that would make! ‘Sammy is a real prick and he’s hurt our feelings…waahhh!’

“Except they didn’t have sensitive snowflakes back in the ‘40s and ‘50s. Well, they did but nobody voiced any complaints, certainly not to magazine reporters.”

Journalist Friendo: “LOL at Daily Beast trying to knock out a successful competitor. Fuck these crybabies. Go work somewhere else. Sharon is gruff and direct but you have to be to win in this town. She owns her own business so she can tell them to fuck right off.” 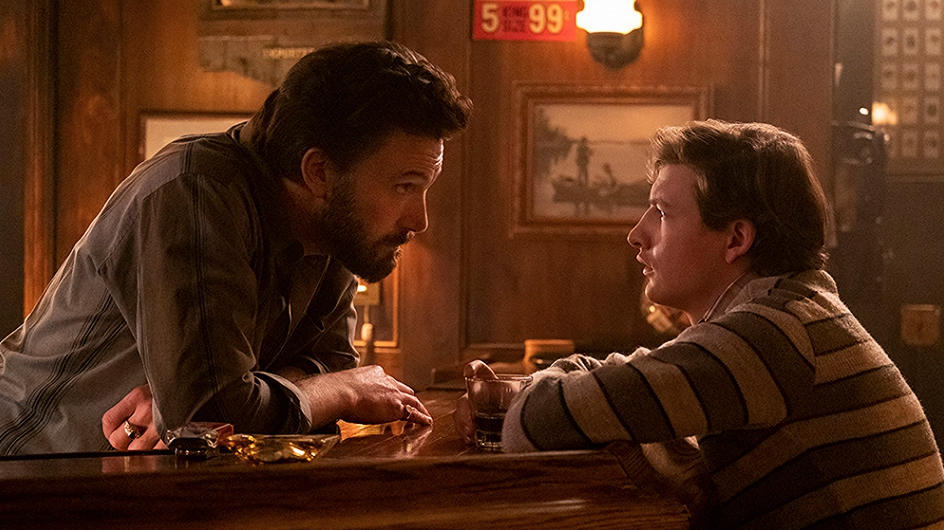 I’m looking forward to the first YouTube report about the Academy Museum that at least mentions the fact that the “apology for 100 years of white Hollywood” angle constitutes a good 80% of the museum’s content, above and beyond the Miyazaki exhibit. The people who’ve covered it so far are all gladhanders.

Seriously, how could any fan of North by Northwest not be a little thrown by the “Backdrop: An Invisible Art” exhibit, which all but indicts Alfred Hitchcock, Ernest Lehman, Cary Grant and others who helped make this 1959 thriller for crimes against the Lakota nation?

And yet the Fox 11 reporter [below] waltzes in with her camera crew and goes “oh, what a paradise for movie fans! And there’s Bruce the shark!”

13 Comments
“Name Me Someone…

This Belfast poster doesn’t reflect an Academy-angled, award-season campaign; it’s aimed at general audiences. The idea is that Jude Hill’s adolescent lead character lives in his own world, and that “the troubles” of 1969 Belfast (Irish vs. Protestant, anti-British occupation) haven’t made a dent. The smiling faces of his family indicate a similar buoyant attitude.