No adminstrative body in this city would be so titanically stupid as to even discuss tearing down the Chinese…get outta town. 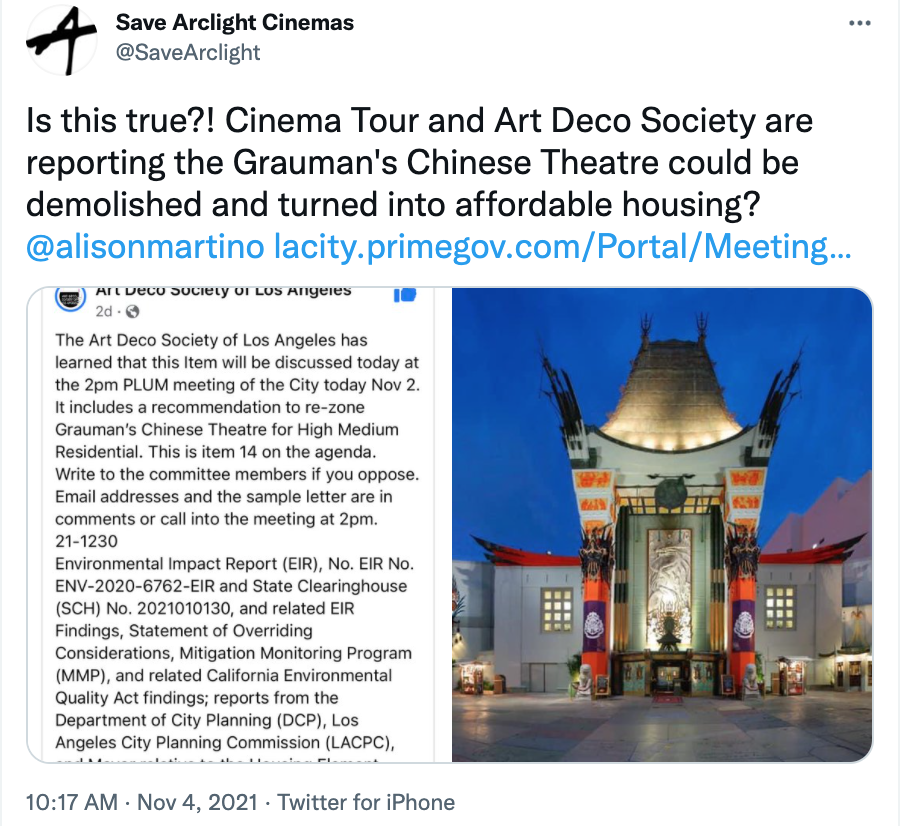 King Richard has an 89% Rotten Tomatoes score but a 71 Metacritic score?? Any critic who dismisses or puts this film down, trust me, is basically saying “I’m a pisshead with my head up my ass.”

World of Reel‘s Jordan Ruimy: “In September, I spitballed the Best Picture race that was starting to take shape post-Venice and Telluride. My conclusion was that Kenneth Branagh’s Belfast was the current de facto frontrunner. Five weeks later, I’m starting to doubt that assessment.

“Having seen Marcus Reinaldo Green’s King Richard, I can safely say it is the better and more effective crowd pleaser. It has the goods to go all the way. Rags-to-riches tale? Check. True story? Check. Inclusivity? Check. High-entertainment? Check.

“The film itself could get up to 4 acting nods, it’ll also be triumphant at SAG. Maybe the directors branch will be a little tougher on it since this isn’t really an auteur film, but it’s my current Best Picture winner. The film has already won five audience awards at film festivals. Astounding.”

#KingRichard is a knockout. One of the strongest and most soul-stirring sports dramas in years, with a brilliant balance of heart and humor. Will Smith is the best he’s ever been, Aunjanue Ellis is equally as electrifying, and Jon Bernthal is just a *blast*. Absolutely adored it. pic.twitter.com/B0tfg6kCHE

A month ago a trade reporter allegedly tweeted that “a major Oscar late-release” will run three hours. (I wrote the reporter in question to confirm yay or nay, but he didn’t reply.) I subtracted Licorice Pizza (133 minutes), Don’t Look Up (145 minutes) and Nightmare Alley (139 minutes). If the trade reporter was correct, that left Steven Spielberg‘s West Side Story as the only possible elephant in the room.

But it’s not. The Wikipedia page links to New Zealand’s United Cinemas chain, and a West Side Story page says it runs 156 minutes.

I noted a while back Robert Wise’s Oscar-winning West Side Story (’61) ran 152 minutes. I said that “if Spielberg’s version runs shorter than Wise’s, I’ll be fucking flabbergasted.” Well, there we go.

A couple of hours ago I tweeted Malcolm Hollis about Laurent Bouzereau‘s “West Side Story: The Making of the Steven Spielberg Film” (due on 11.16) and asked if it mentions the running time. “I’m hearing it’s 180 minutes,” I wrote. 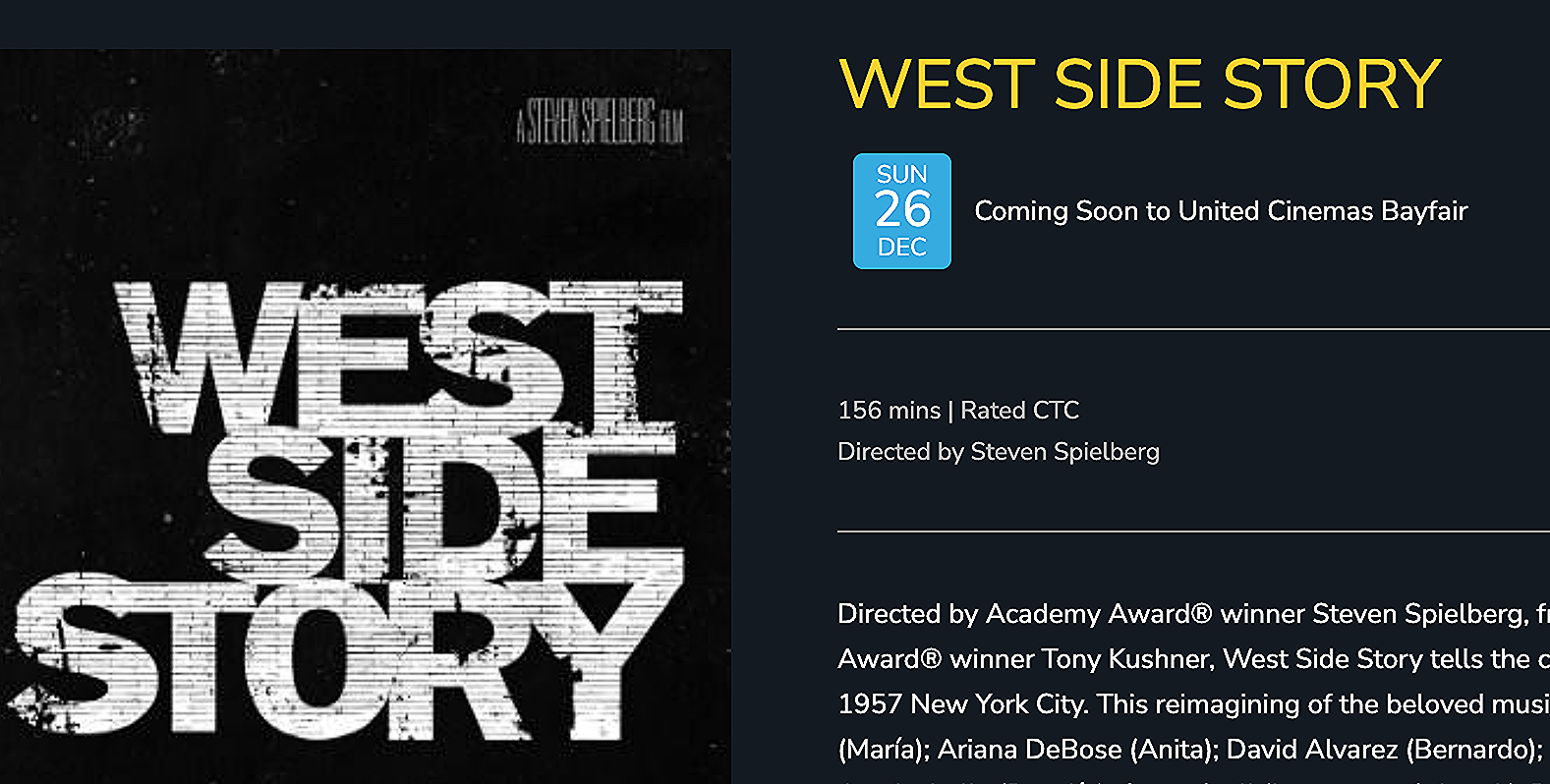 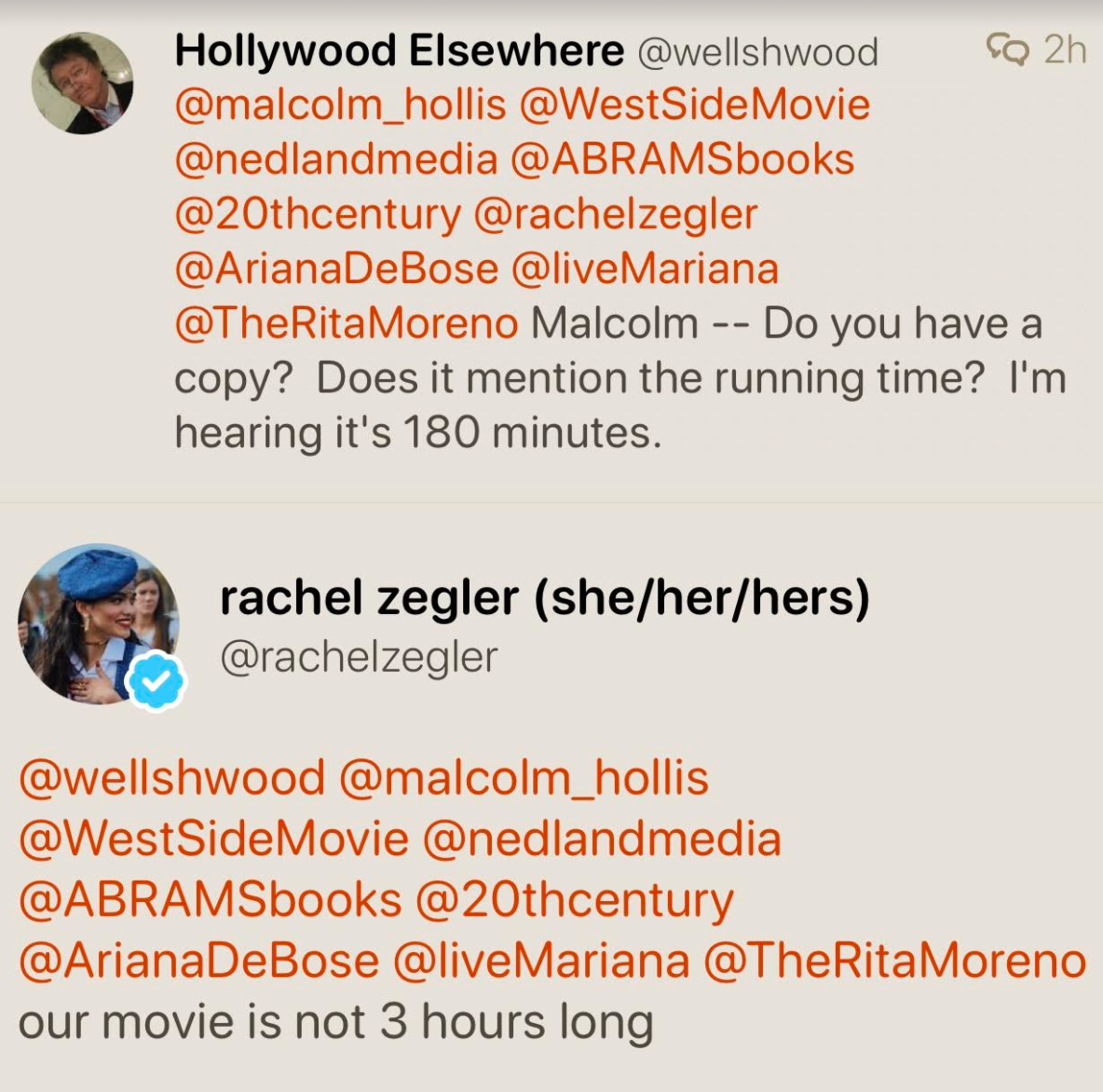 Tatiana has just told me she doesn’t want to attend this evening’s Licorice Pizza screening because the romantic couple in question, played by 29 year-old Alana Haim and 18 year-old Cooper Hoffman, isn’t attractive enough. They don’t have that swoony sexy-romantic charisma thing going on, she said.

“At least one of them should be attractive,” she emphasized, “but both of them unattractive? Oh no…”

Los Angeles Friendo: “This is like the reverse of Frankie and Johnny, that 1991 relationship drama with Al Pacino and Michelle Pfeiffer. Everyone said it was totally unbelievable that drop-dead beautiful Pfeiffer would be cast as a plain-Jane waitress…it didn’t wash.”

Back-east Friendo said a similar thing earlier today. Licorice Pizza, he said, “sounds like Paul Thomas Anderson‘s version of Moonrise Kingdom.” HE to Back-east Friendo: “Yeah. With two zero-charisma leads. One pushing 30, the other in his late teens.”

Back-east Friendo: “That’s the Moonrise formula! Two young lead characters that no one in his right mind could give less of a fuck about.”

Does anyone remember a 1945 film called The Enchanted Cottage? Robert Young played a disfigured war veteran and Dorothy Maguire was a very plain and (it is suggested) homely woman. They fall in love with each other, and gradually they become more and more attractive because we’re seeing their features through their eyes.

Another unlikely pair came along in Robert Altman‘s A Perfect Couple (’79). Paul Dooley and Marta Heflin as a vaguely dorky-looking couple, age-separated by 20 years.

Can anyone recall other funny-looking twosomes in noteworthy films? 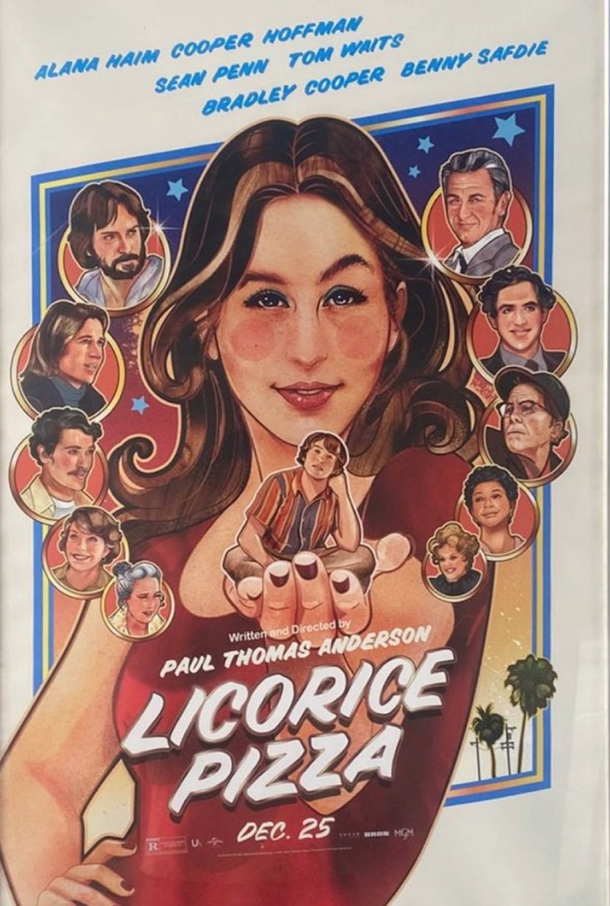