Wanna be starting’ somethin’? We need a third major singer-songwriter to dump Spotify. That’ll make it easier for the fourth snd fifth to join the cause.

This evening I caught a 35mm projection of Frank Perry’s Play It As It Lays at the Los Feliz branch of the American Cinematheque. Four days ago I said I was very worried that they might show a pink print or one full of scratches. To my great surprise and delight tonight’s print was damn near perfect — clean and smooth, only a few barely noticeable scratches at the end of the reels. Amazing! It was like time-travelling back to ‘72 and watching it a week or two after opening day. Plus good sound. Apologies to A.C. management for my previous lack of faith.

The basic idea here (and it’s not mine!) is that Shelley Winters‘ more-or-less innocent victim character in A Place In The Sun (’51) is irksome if not profoundly irritating, and that…well, read Mr. Ormsby‘s reaction.

Question to HE community: What other significant characters whose death or removal have you found yourself wishing for? 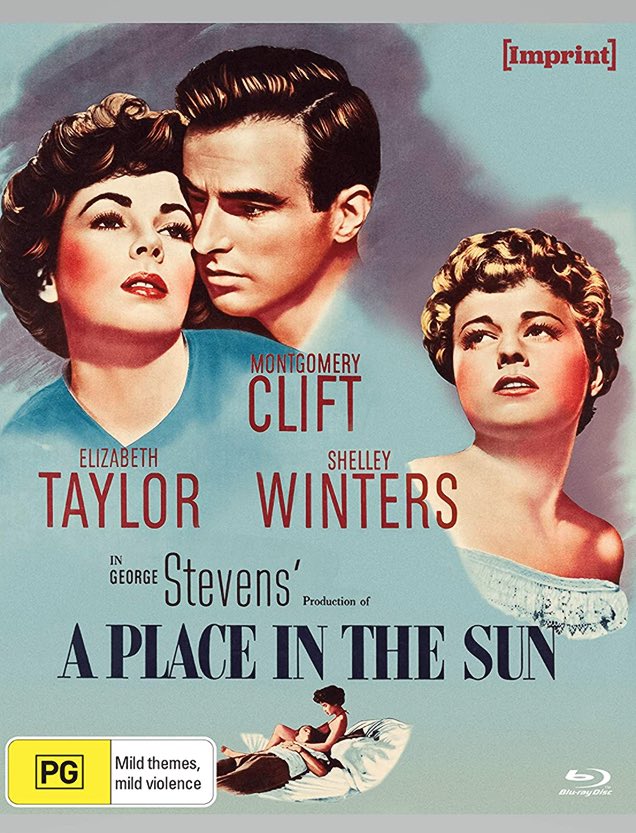 Official Showtime copy: “Super-Pumped is about “the roller-coaster ride of Uber, one of Silicon Valley’s most successful and most destructive companies, told from the perspective of the company’s CEO Travis Kalanick, who is ultimately ousted in a boardroom coup after tense internal and external battles that ripple with unpredictable consequences.”

If this was a one-off, Super-Pumped might be analogous to The Social Network — another story of a smart but obnoxious mover-and-shaker who launches an enormously successful company with a new idea. But no — it’s an anthology series from Brian Koppelman and David Levien, based on the same-titled 2019 book by Mike Isaac.

The source of these Sean Penn quotes from (a) an interview gave yesterday to The Independent‘s Annabel Nugent and (b) a 1.14.22 interview he did with England’s inews.

During her ascendant, hot-rocket period (’85 to ’92), Sinead O’Connor was one of the greatest rockers ever — a ballsy poet, provocateur, wailer, screecher, torch carrier…a woman with a voice that mixed exquisite style and control with primal pain. She was / is magnificent. I still listen to The Lion and the Cobra and I Do Not Want What I Haven’t Got, and I still love “Madinka”, “Jerusalem”, “Troy” and “Nothing Compares 2 U”…all of it, the primal energy, the shifting pitch of her voice, the Irish punk banshee thing…wow.

It doesn’t matter that this happened 30 to 35 years ago, and that O’Connor has lived a convulsive, ebb-and-flow life ever since…one torrential spew or tussle or throw-down after another…or that she now performs in Muslim robes (having converted two or three years ago)…what matters is that from age 19 through 26, or for roughly eight years, O’Connor was a blazing art-rocker of the first order and an unstoppable historic force…like Bob Dylan was between ’61 and the motorcycle accident + Blonde on Blonde crescendo of ’66.

Kathryn Ferguson’s Nothing Compares, a 96-minute doc that I saw late yesterday afternoon, is mainly about O’Connor’s rise, peak and fall over that eight-year period. (The last 30 years are acknowledged but mainly in the credit crawl.) Sinead’s climactic crisis, of course, was that infamous mass rejection that followed her defiant “tearing up the Pope photo” performance on a 10.3.92 airing of Saturday Night Live, which then was followed by the booing she received at a Dylan 30th Anniversary tribute concert in Madison Square Garden about two weeks later.

She never recovered the magic mojo.

Ferguson’s doc says three important things. One, Sinead’s fiery temperament came from a horribly abusive childhood, principally due to her monstrous mother (who died in a car crash in ’86), and as a musician she radiated such a bruised, scarred and beat-to-hell psychology that…well, blame her awful mom and her shitty dad also. Two, her peak period was magnificent, and if nothing else the doc will remind you of this. Three, Sinead was right about the Pope, or rather the institutional abuse of children at the hands of pedophile priests, and so she was way ahead of her time. (The Boston Globe‘s Spotlight team made a huge splash with their ’02 report about the Catholic church hiding the criminal misdeeds of priests abusing Boston-area children, and of course Tom McCarthy‘s Spotlight came along in ’15.)

O’Connor has soldiered on and kept plugging for the last 30 years, and obviously there’s an intrepid aspect and bravery in that, and yet Ferguson ignores the blow-by-blow — the lurching, shifting, sporadic turbulence that has marked O’Connor’s life ever since (not including the devastating suicide of her son Shane earlier this month, which happened well after the film had wrapped).

Side observation #1: The 55-year-old O’Connor doesn’t appear in the doc as an on-camera talking head, although she narrates a good portion of it. I have to say that the deep, guttural sound of her present-day voice — honestly? — sounds like a dude’s. Booze, cigarettes, whatever…the speaking voice she had in interviews from the late ’80s and early ’90s is gone.

Side observation #2: The Prince estate refused to allow Ferguson to use “Nothing Compares 2 U”, as the song was authored by Prince and owned by the estate. What a dick move! A low-budget doc that pays devotional tribute to O’Connor and the Prince estate refuses to allow her most famous recording to be heard? Jesus…this has to be one of the lowest scumbag moves in rock-music history.

Side observation #3: Who were those assholes who booed O’Connor at a Dylan concert, of all things? Her manner of conveyance was overly blunt, agreed, and she probably should have toned it down, but c’mon, her Pope protest was about protecting children from abuse and pain and thousands of Dylan fans fucking booed her?

Anne Francis Chilling in Black Rock
Bad Day at Black Rock (‘55) is a good, strong John Sturges film except for one thing. Nobody in that tiny little desert backwater was romancing Anne Francis?