Due respect and sincere condolences upon the passing of producer-director Ivan Reitman, who was 75. This is a huge boomer death — one that will make a lot of people feel anxious and shaken, and prompt them to take a deep breath and wonder what might be around the corner.

Reitman’s hottest period was between the late ’70s and the late ’90s, and his biggest film, of course, was the original Ghostbusters (’84), which most of the world adored and which I hated from the get-go. And I really, really hated Ghostbusters II.

Reitman made his first big mark as the producer of National Lampoon’s Animal House (’78), which exploded all over — it was the first time the SNL brand (and particularly John Belushi) connected massively in movie theatres.

Reitman was first, last and always a director and producer of mainstream popular entertainments. He always sought to please, his stuff was always audience-friendly, and his instincts were not absurdly anti-highbrow but they were certainly tidy and middle-class. He was a smooth operator (especially from the mid ’80s on) and he knew how to coax and encourage good comic performances, but he never, ever went over any audience member’s head.

Which Reitman-directed films do I think were exceptionally fine or which I at least really liked (i.e., laughed with) and went “wow, that was really pleasurable and a profound home run”? Answer: None.

But early on Reitman made two dopey, infectious comedies of immaturity, Meatballs (’79) and Stripes (’81)…films that had a cool Bill Murray spirit…a stoner feeling, a fuck-it vibe. I was also satisfied by the three Arnold Schwarzenegger films — Twins, Kindergarten Cop and Junior. And I was half-okay with Dave, Father’s Day and Draft Day.

Can anyone name a line of dialogue from a Reitman film that has lived on for decades? I’ve just thought of one from Stripes — Warren Oates saying “lighten up, Francis.”

Reitman knew exactly how to make successful “Ivan Reitman films” but he never directed or produced a truly brilliant or profound knockout, or an emotional powerhouse in the vein of, say, Heaven Can Wait or Groundhog Day or Planes, Trains & Automobiles or As Good as It Gets or Broadcast News.

Okay, I take that back — Up In The Air (’09), which his director-writer son Jason did an excellent job with and which Reitman Sr. produced, was in that elite fraternity.

Reitman’s instincts were kind of Ron Howard-ish, only a bit more anarchic or semi-experimental or stir-fried. He wasn’t really a “heart” guy (not like Howard or Jim Brooks or even John Hughes) except in the case of Junior, a comedy about a guy who gets pregnant.

This Rear Window fan poster was composed by Jonathan Burton. The immediate question, of course, is why does James Stewart‘s L.B. Jeffries, a Greenwich Village-residing photographer with a broken leg and a wealthy, high-society girlfriend (Grace Kelly)…why does Jeffries have a massive bald spot, partially covered by greasy hair strands? Stewart wore his usual toupee in this 1954 classic. Is he half-bald because Burton himself is half-bald? What kind of illustrator does this? And what’s with the jug ears? 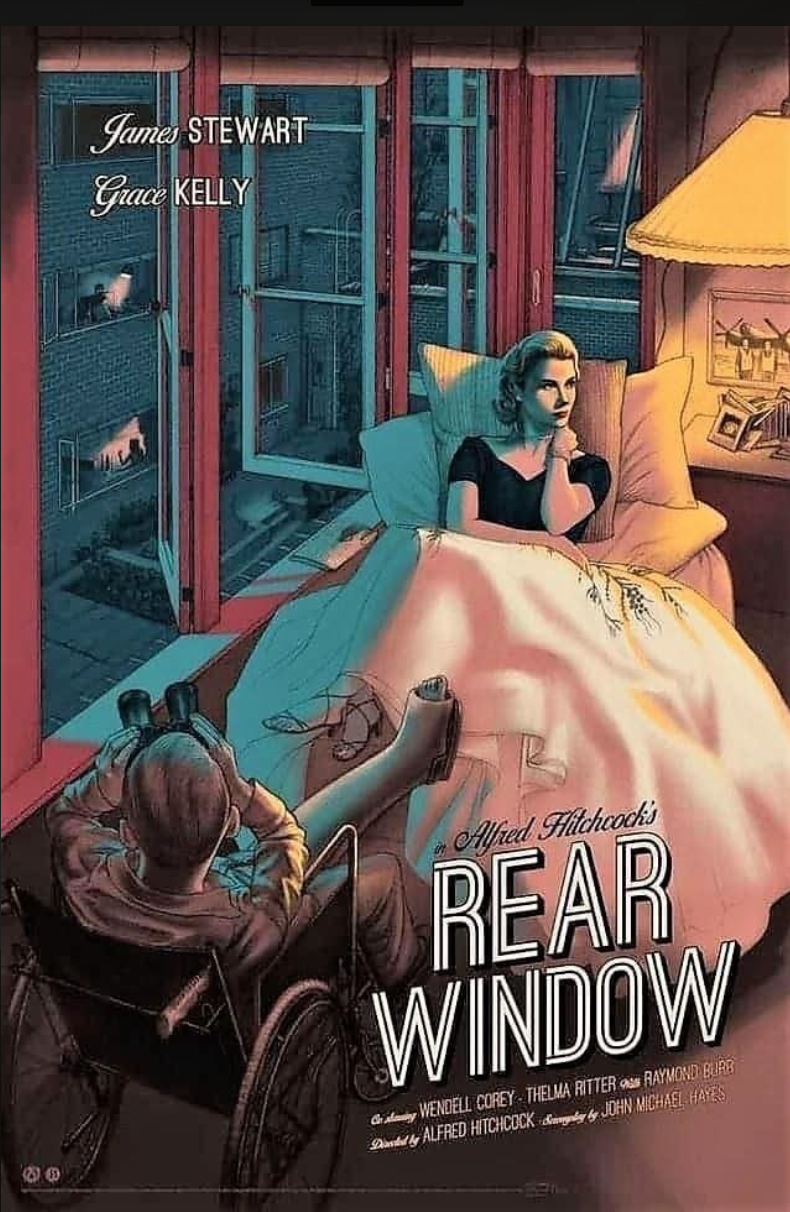 Based on a 1959 Tennessee Williams play, the film version of The Night of the Iguana (’64), directed by John Huston, is rather awful, which is to say dreary and stifled. But I’ve always wanted to visit Mismaloya, the small Mexican beach village (just south of Puerto Vallarta) where it was shot. The main stars were Richard Burton, Ava Gardner, Deborah Kerr and Sue Lyon. Elizabeth Taylor hung around during most of the filming. Huston wound up buying a home nearby. 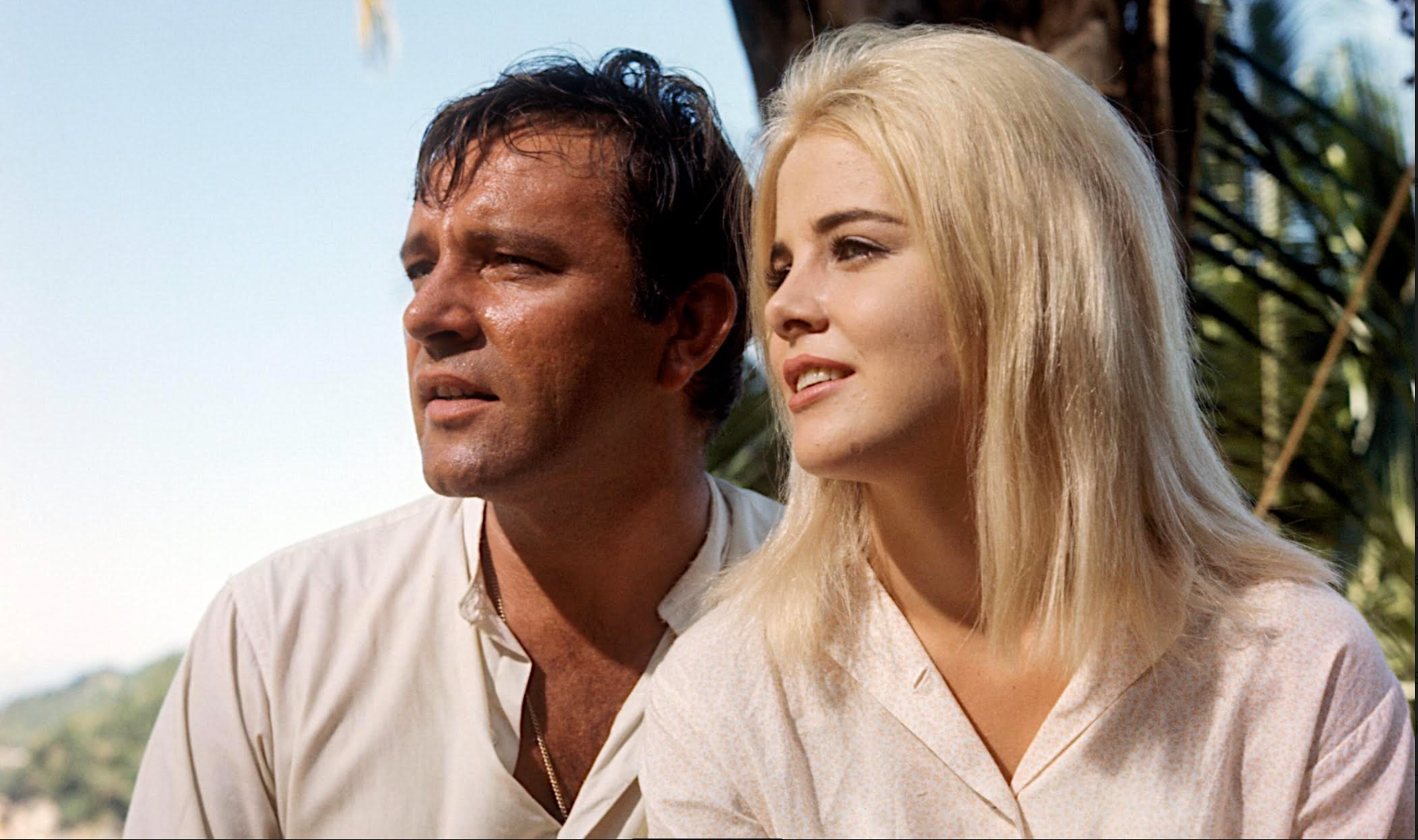 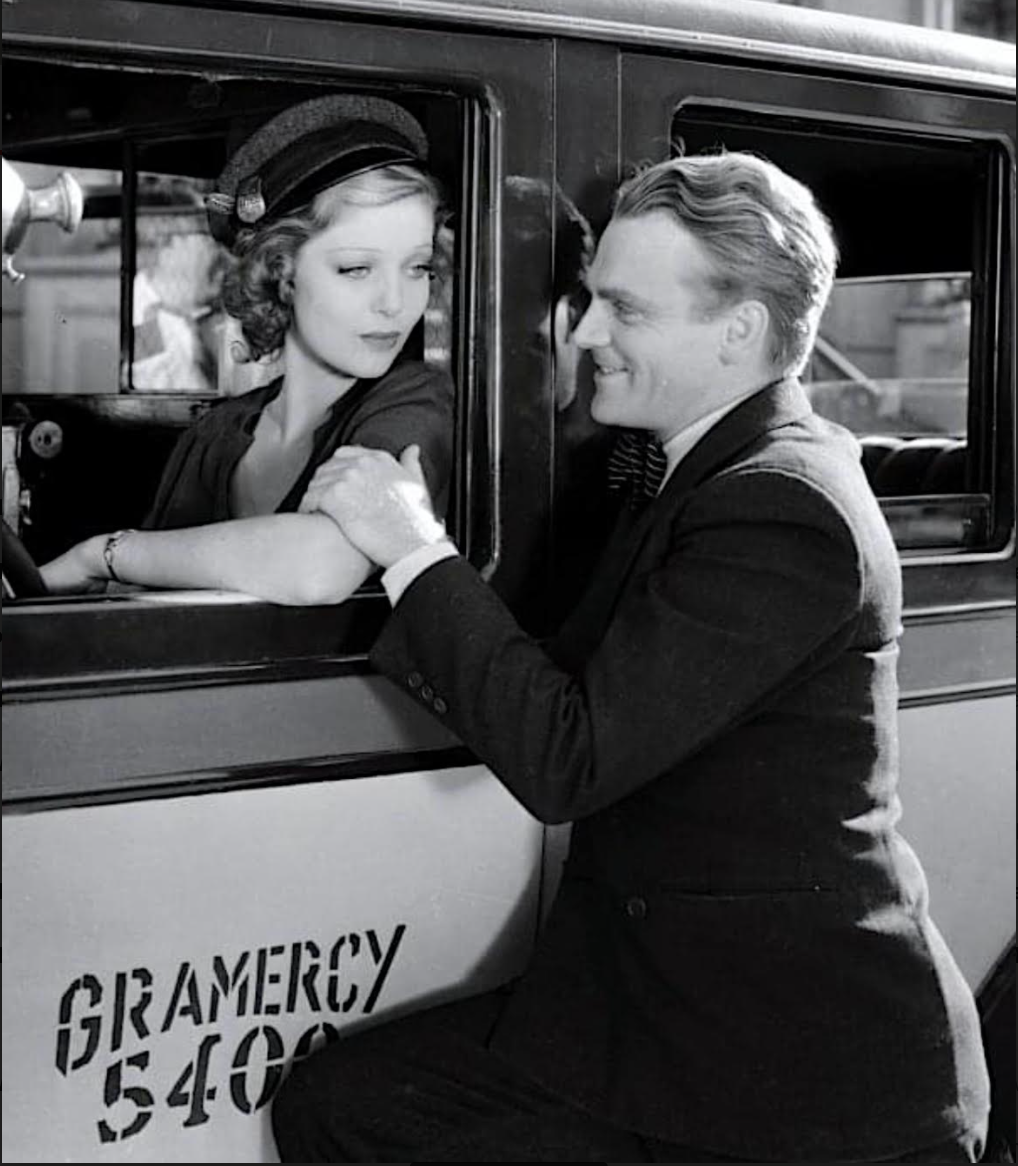 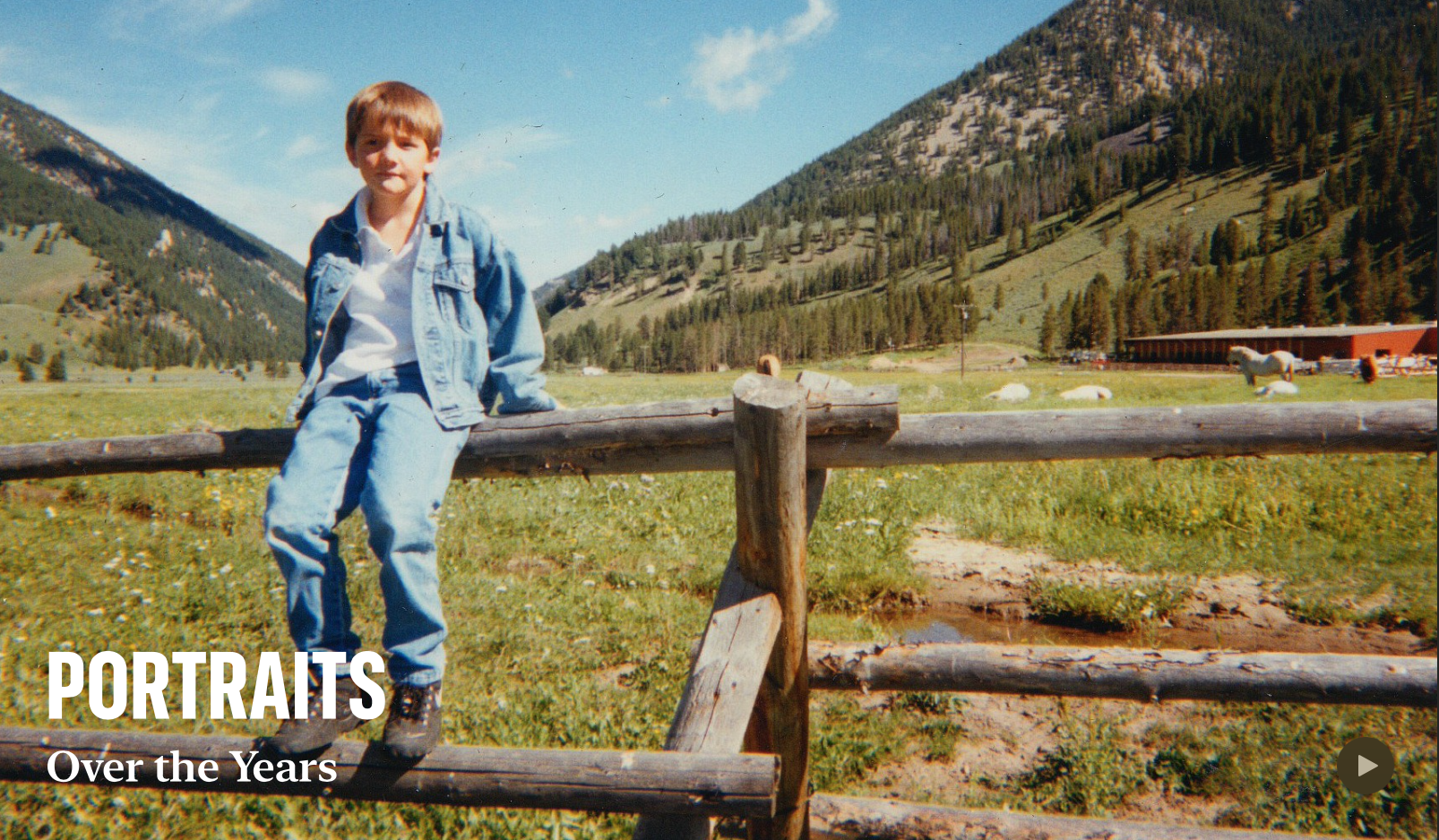 People stopped watching films on VHS when DVDs emerged, or sometime in mid ’97. Pretty much everyone had adopted DVDs by the turn of the century, or roughly 21 years ago. (The first DVD players were priced at $799 and up.) And yet a couple of days ago some ornery old codger posted a photo of his Alfred Hitchcock VHS library. 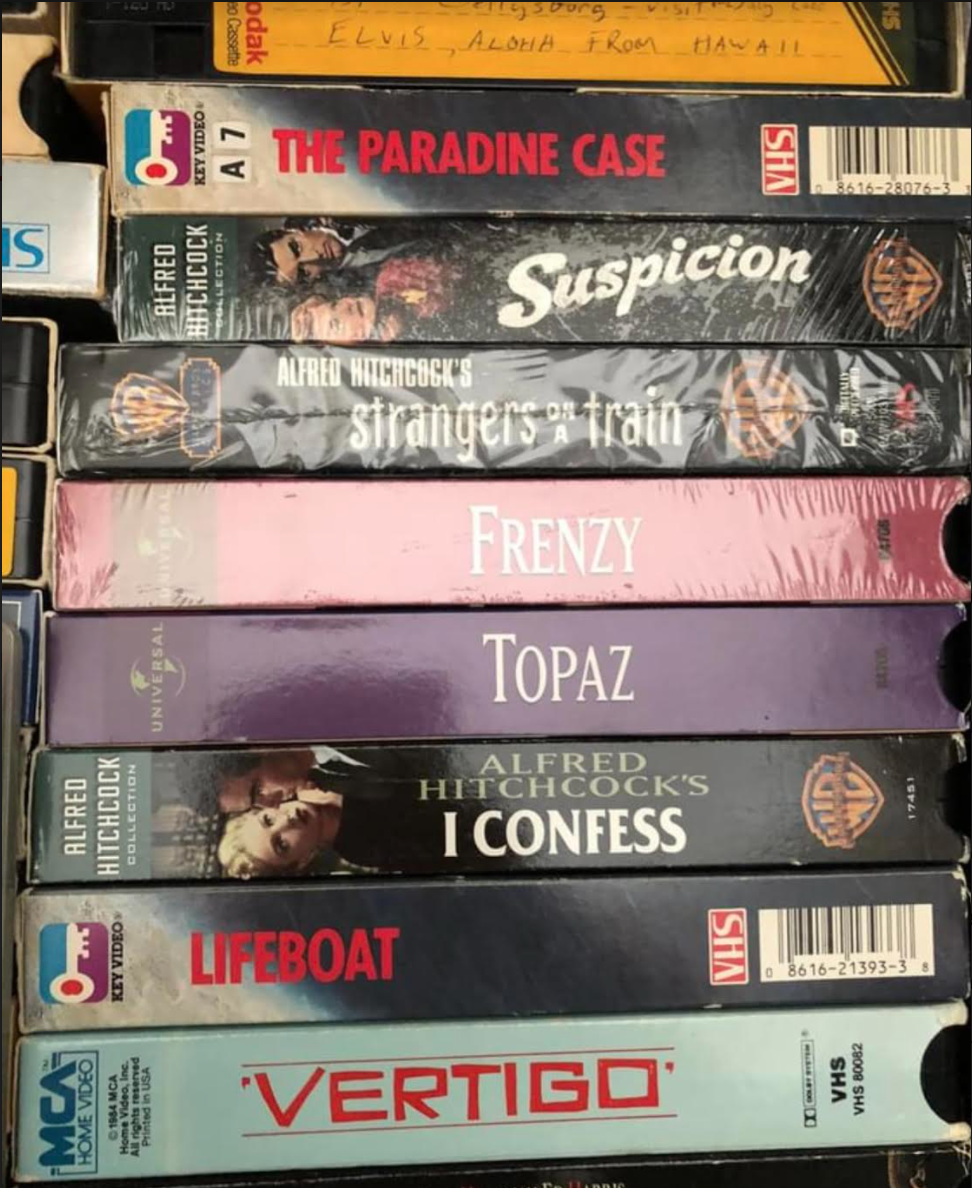 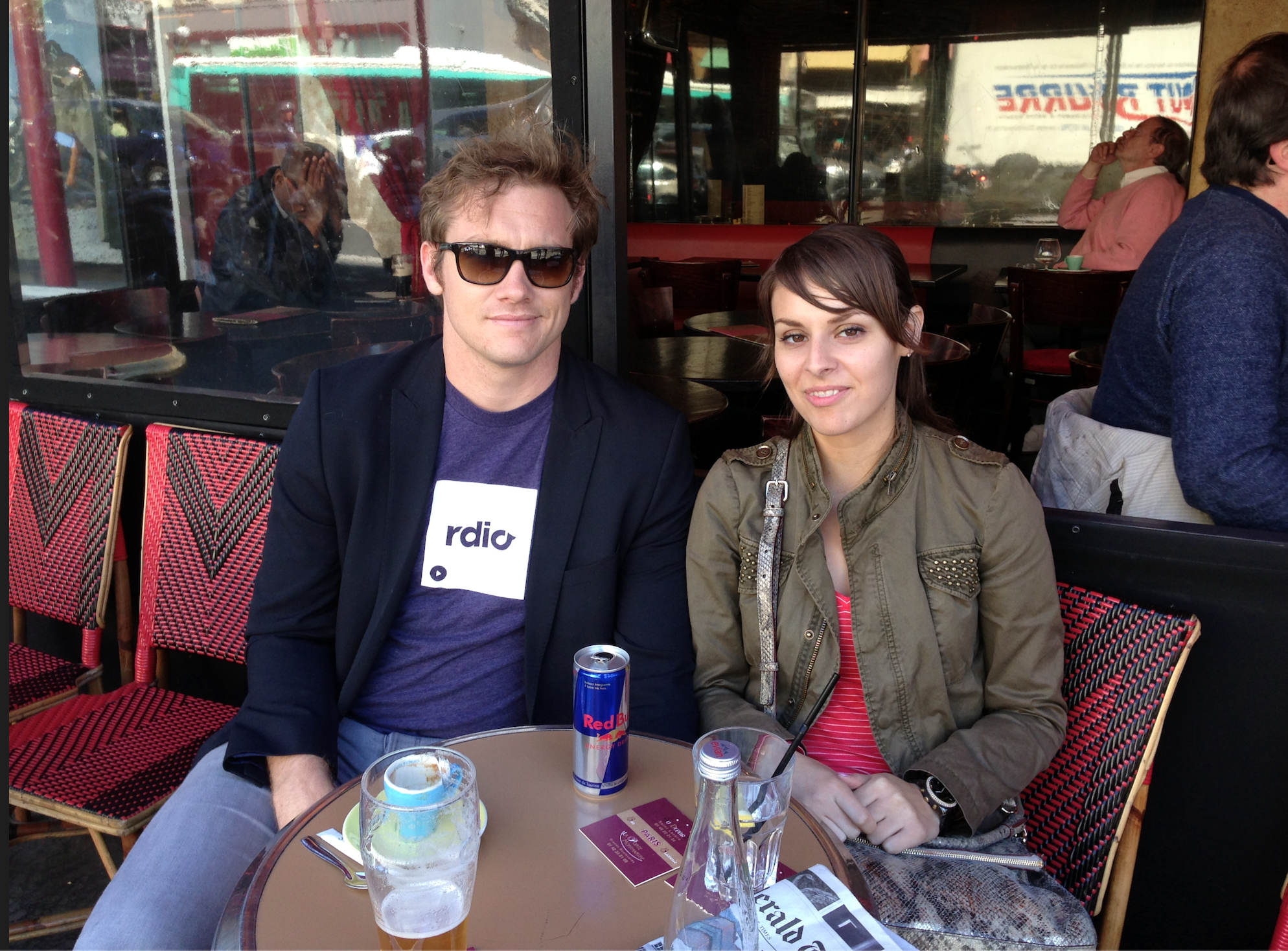 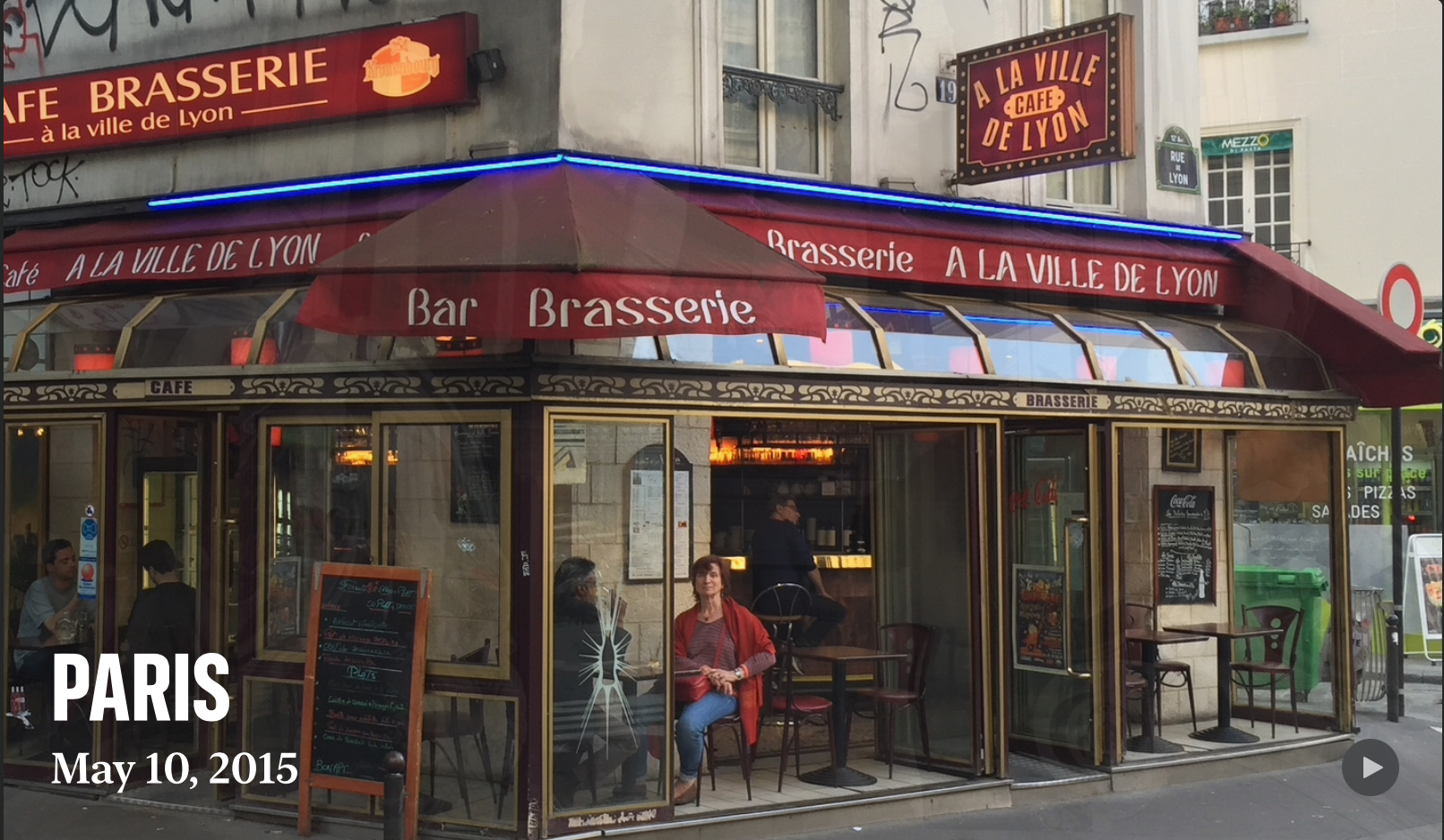 A quality of life statement…Budweiser, which gives you a nice happy buzz as you’re watching the game, believes in its brand and the well-being of horses, dogs and the people who give them food, shelter and love.

What would be the practical point of Ukraine military guys defending their country, if and when Russian forces invade? They’re not going to repel an obviously stronger and superior force. They’ll only succeed in getting wounded and killed + bringing about God knows how many civilian deaths. If the Russkis roll in, surrender.

No Comments
Javier Bardem Can Play Any LatinX Character From Anywhere

22 years ago Javier Bardem played Reinaldo Arenas, a gay Cuban poet, in Julian Schnabel‘s Before Night Falls — a performance that launched his career. This year he portrayed another Cuban in Being The Ricardos — the band leader, conga-player and and TV comedian-producer Desi Arnaz, and the wokesters (including Variety’s Clayton Davis) gave him shit for it.

In response to this bullshit, HE hereby approves of Bardem playing any character from any culture in any part of the world who seems to speak with a Spanish or Mexican or any south-of-the-Border accent. He can play Spanish, Cuban, Argentinian, Chilean…he can play a Columbian immigrant living in the Bronx…he can play cops, drug dealers, heads of state, henpecked husbands from Rio de Jainero, a quadraplegic looking to humanely commit suicide…he can play an auto mechanic from Tijuana, a Venezuelan diplomat based in Washington, D.C., a smooth womanizer from Barcelona, drug dealers, arms dealers, a confused poor guy…he’s free to play anyone and everyone, including the voice of God. 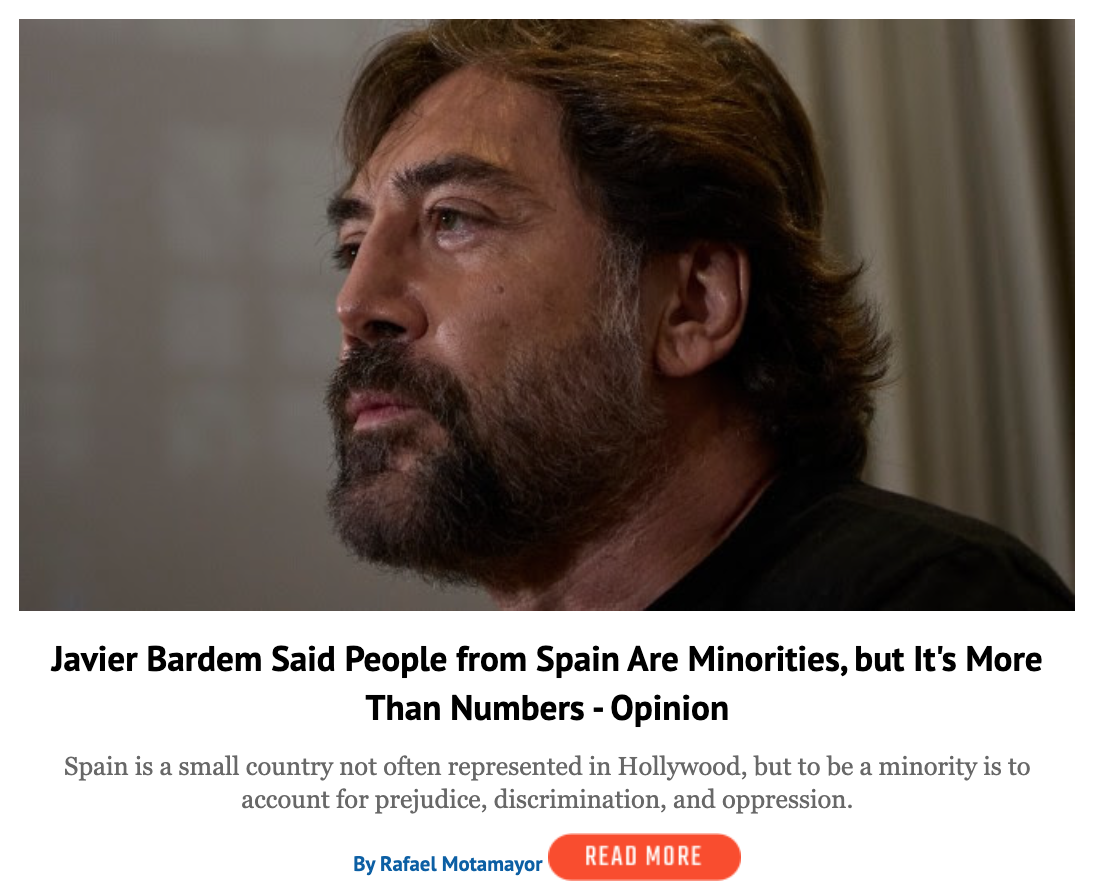 I’ve eaten at Lilia, the Williamsburg Italian joint on Union Avenue. Classy but low-key…a loose-hang type of place, and a long ways from “puttin on the Ritz.” So you’re sipping wine and twirling your linguini when in strides the over-dressed Kim Kardashian in an ostrich outfit you need dark sunglasses to even glance at…words fail. And those girlfriend-of-Leslie Neilsen-in-Forbidden Planet space boots!

Accompanied by “normcore” Pete Davidson in a butch haircut (i.e., not even an Aaron Paul-styled “tennisball” coif), baggy-ass hiphop jeans from the ’90s, flannel shirt, wrap-around shades, black sneakers…give me a break.

What is wrong with Davidson? He looks like Matthew Modine‘s “Joker” after emerging from the Parris Island barber in Full Metal Jacket. Who tries to look like a member of an Aryan gang in Attica state prison?

Newsflash: Davidson is 6’3″, or basically a basketball player. I somehow never realized this until recently. The widespread rumor is that he’s hung like Milton Berle. 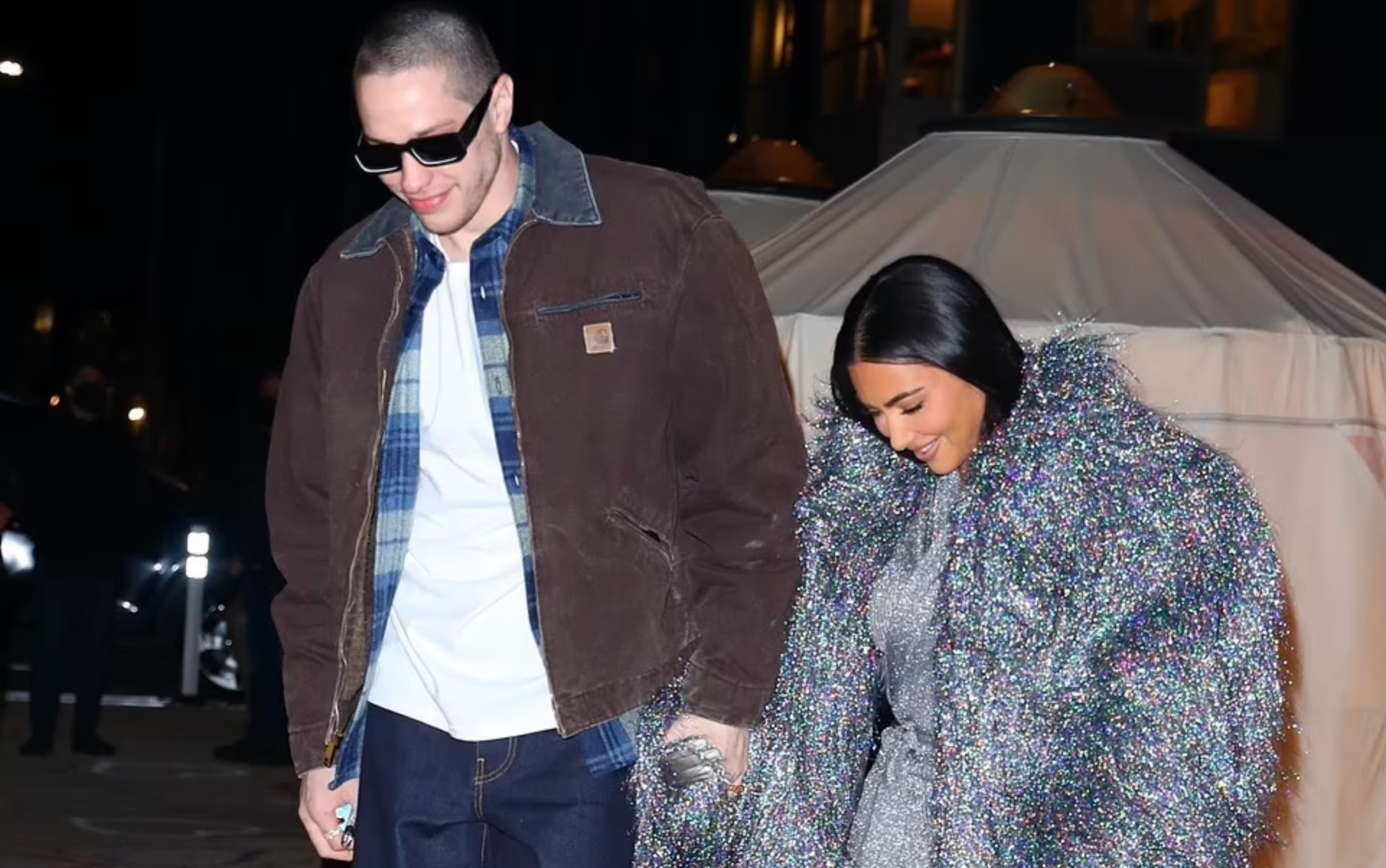 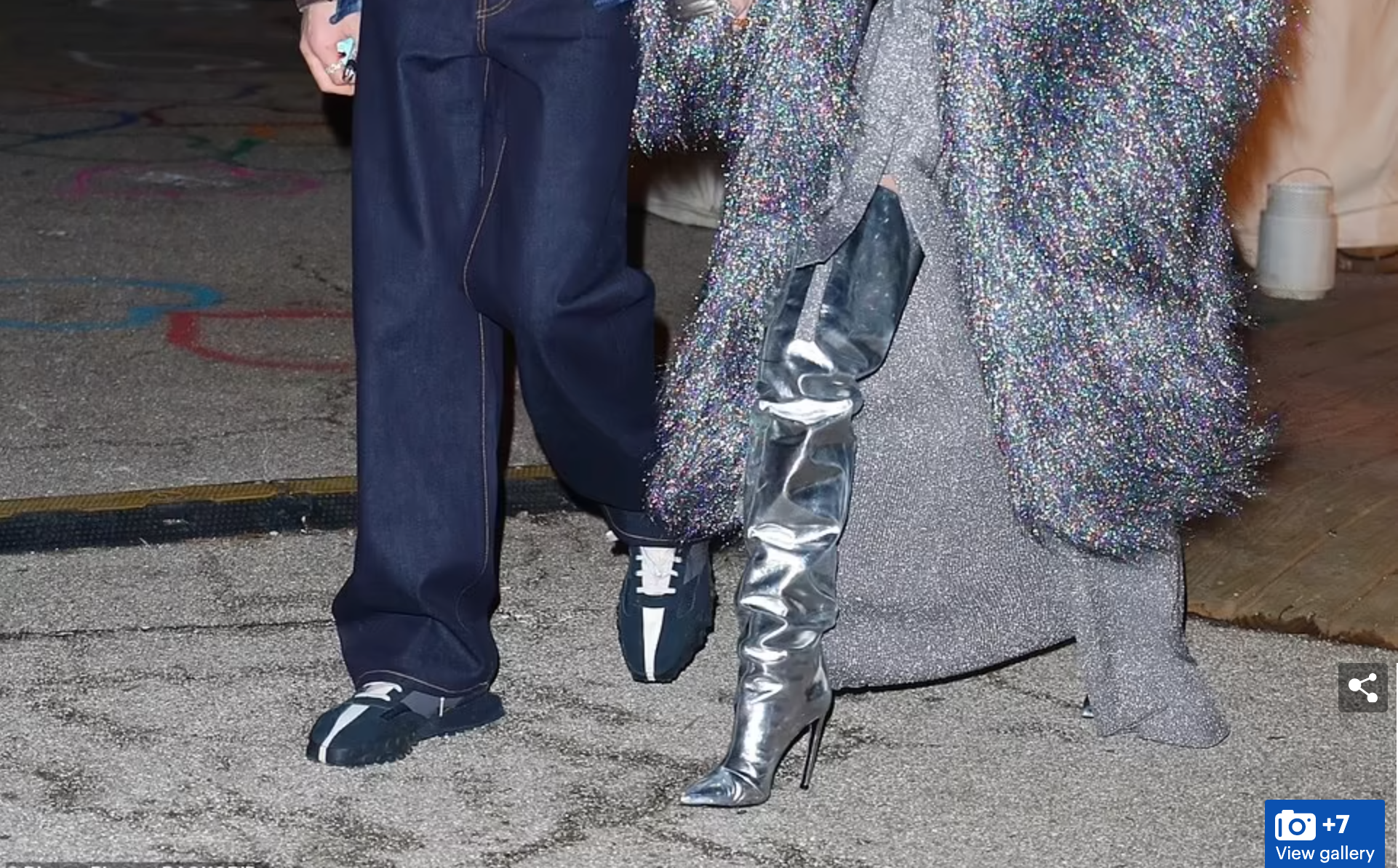