Stewart’s Bizarre Award-Season Arc
Awards Daily's Sasha Stone is actually predicting (or half-predicting by way of an intuitive feeling) that Spencer's Kristen Stewart might be...well, a slightly more likely winner of the Best Actress Oscar race than some of us are supposing. Or so she suspects. Nobody knows anything, of course. Login with Patreon to view this post
February 14, 2022 12:51 pmby Jeffrey Wells
No Comments
Woke Valkyries + Fear Factor

The jokes, material and general pizazz factor may be engaging and even hilarious come March 27th, but we all understand the reasons why Amy Schumer, Regina Hall and Wanda Sykes have been hired to co-host this year’s Academy Awards ceremony.

One, the wokeness factor — three women, two BIPOCS, the right kind of progressive attitude. (Don”t even dispute this.). And two, Film Twitter will leave them alone while any dude (or dudes) who might have been chosen would have been picked apart and savaged for this or that past misdeed, one way or the other.

“Every choice Hollywood makes, whether it’s hosting a show or casting a movie, is done out of fear — fear of bad headlines, fear of Twitter, fear of that wave of hysteria that made them get rid of their host in the first place.” — Awards Daily‘s Sasha Stone, just a few minutes ago. 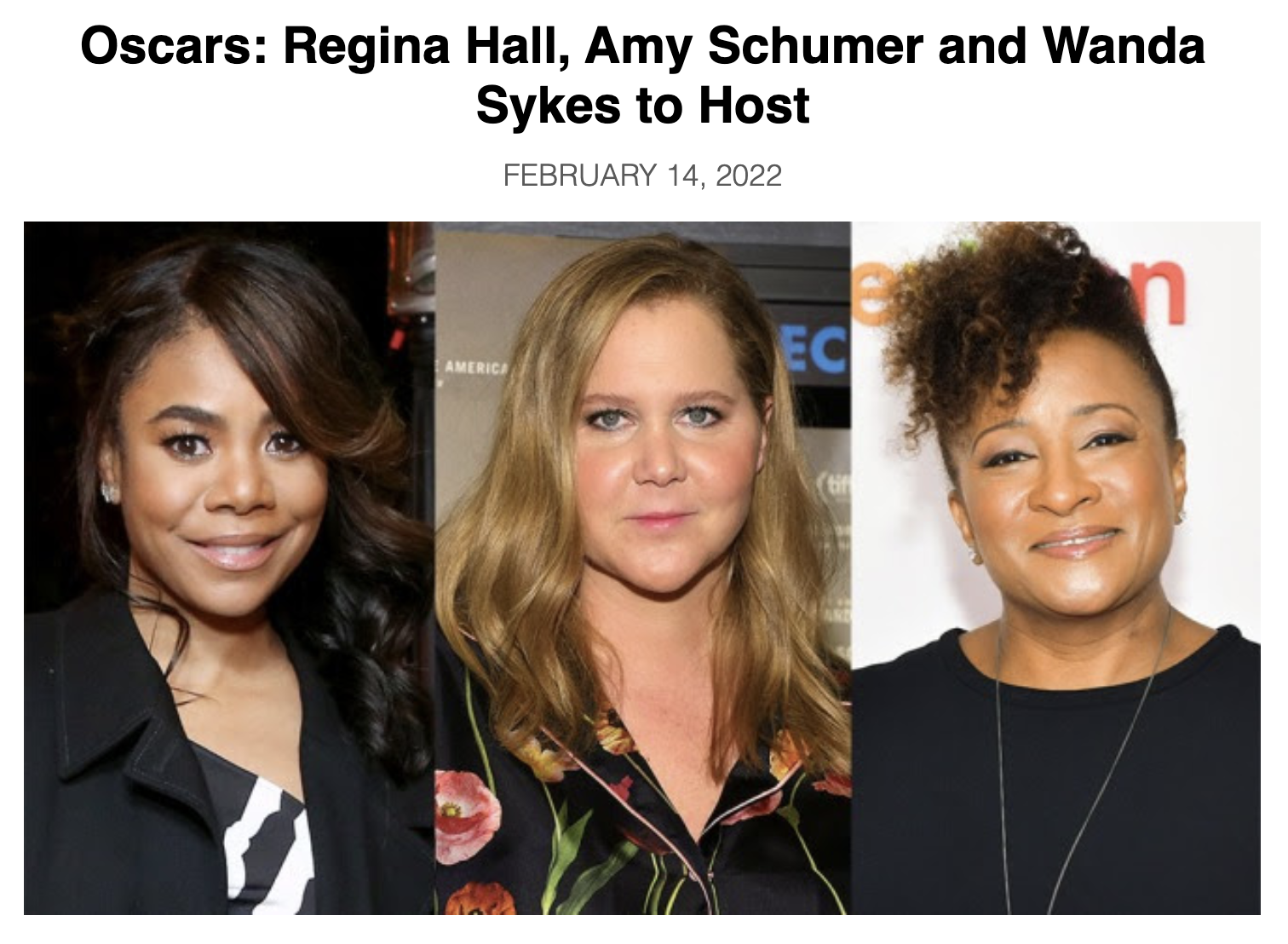 No Comments
Out of Time

Adrien Lyne’s Deep Water (Hulu, 3.18) may be an intriguing sexual thriller, but it seems like an odd yesteryear thing — filmed before almost anyone on the planet had even heard of Covid ‘19, and a full year before Donald Trump decisively lost to Joe Biden in the election of early November 2020. And of course, the Ben Affleck-Ana de Armas affair was just kicking into gear, and Bennifer II was far beyond the horizon.