This is definitely a sad week for guys associated with the National Lampoon‘s heyday. Three days ago Ivan Reitman, whose first big score came from producing National Lampoon’s Animal House (’78), died in Montecito at age 75. And now P.J. O’Rourke, who served as editor-in-chief of the National Lampoon in the late ’70s and for many decades was one of HE’s favorite satirists and comic essayists, has passed from lung cancer at age 74. 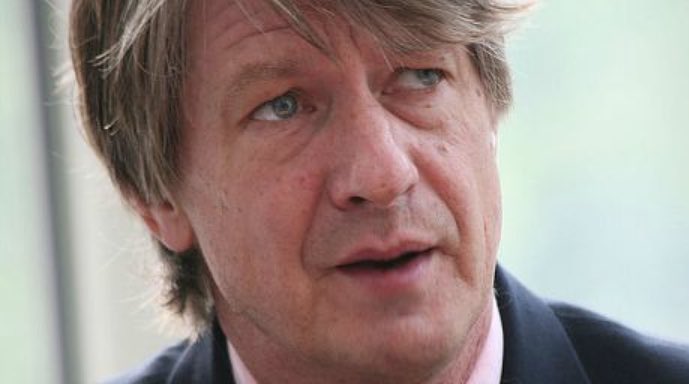 One way or another I’ve always been a fan of his material. (For the most part.) Mainly, I suppose, because O’Rourke was editor-in-chief at the National Lampoon during that legendary publication’s last decently creative period, or ’78 through ’80, and because I truly worshipped that mag back in the day so there’s a carry-over effect.

O’Rourke is the author of 16 satiric, smart-ass books (including last year’s “The Baby Boom: How It Got That Way (And It Wasn’t My Fault) (And I’ll Never Do It Again),” which I haven’t yet read) and is currently a monthly columnist for the Daily Beast.

Three months after catching it on a huge Westwood screen, I re-watched Paul Thomas Anderson‘s Licorice Pizza on a subtitled DVD screener. From the comfort of my living room…me and the cats.

It played a little better this time. I’ve been kicking it around and thinking it through all these weeks, and I still say that the finale in which Alana Haim and Cooper Hoffman finally embrace like they mean it…this is still the best scene.

Yes, Pizza is still episodic and meandering, but that’s the idea and I get that now. And I still respect the courage that Anderson showed when he included those two scenes involving John Michael Higgins‘ Jerry Frick and his two (i.e., successive) Japanese wives. The courage, I mean, to say “presentism can blow me…the ’70s were the ’70s, and I’m going to stay true to how things were back then.”

But I have to say that the whole Jon Peters sequence rubbed me the wrong way…again.

If Hoffman’s “Gary Valentine” is one thing besides a good actor, he’s an ambitious businessman (water beds, pinball machines). He knows that a business owner has to keep it together and respect the rules of commerce and keep things at par with his customers. And yet while installing a water bed at the home of a semi-famous guy who’s dating Barbara Streisand, Gary decides that Peters’ bullying manner and asshole personality is bad news and that he has to be somehow flipped off. And so, despite Peters having said there’ll be hell to pay if Gary messes his house up, Gary pulls the watering hose out of the bed and tosses it on the floor, and then he and Alana blow out of Peters’ home and jump into the big truck.

What does Gary think will happen as a result? That the hyper-aggressive Peters will just forget about it? He knows that Peters will hunt him down and turn his life into a raging sea. It’s therefore a completely idiotic scene, and one that completely undermines Gary’s character, and yet Anderson makes it almost entirely about everyone being short of gas.

That aside, Pizza seemed a slightly better film than when I saw it at the Village Westwood on Saturday, November 6th. It’s a much more interesting and humanistic and life-like film than The Power of the Dog.

A trailer for Baz Luhrmann‘s Elvis pops on Thursday — three months before its likely Cannes debut, a bit more than four months before it opens on 6.24. And I’m taking this moment to voice a concern.

Austin Butler is Luhrmann’s Elvis, and ever since this was announced I’ve been wondering why. Because Butler doesn’t look like Elvis. He doesn’t have those surly eyes and lips, I mean, or that vaguely bashful “aw shucks” Memphis rockabilly thing. And he sure as shit isn’t pretty enough.

You have to wonder why Luhrmann didn’t choose someone who could actually be the resuscitated, back-from-the-dead Elvis of the ’50s. There are dozens of spot-on Elvis imitators out there (and a few on YouTube), and a certain portion of these can probably act. Nobody wants to watch a guy who doesn’t quite look or sound like the Real McCoy — they want to watch something close to a dead ringer. So why didn’t Luhrmann find one?

I’ve been worried about Butler ever since he played his big scene as Charles “Tex” Watson in Once Upon A Time in Hollywood (“I’m the devil, and I’m here to do the devil’s bizness!”). The instant he said that line, I muttered to myself, “Nope…not good enough.”

“Rust” Reenactment
Created by DK Global's Panish Shea and Boyle Ravipudi (or is it Panish Boyle and Shea Ravipudi?), this is a digital reenactment of the tragic shooting of the late Halyna Hutchins on the set of Rust on 10.21.21. It illustrates a 2.15.22 TMZ story about Baldwin named as a defendant in a wrongful death lawsuit filed by Hutchins' family. We see an Alec Baldwin-resembling video-game character pull a pistol out of a left-shoulder holster, aim it in the direction of Hutchins and BLAM! Baldwin has claimed he never pulled the trigger -- that it went off on its own. Login with Patreon to view this post
February 15, 2022 12:39 pmby Jeffrey Wells
No Comments

Obviously A Wash
Windfall is a Netflix original that will begin streaming on 3.18. Written, semi-significantly, by Se7en's Andrew Kevin Walker, it's apparently a three-hander -- Lily Collins, Jason Segel and Power of the Dog's Jesse Plemons. My immediate suspicion is that Windfall is most likely a problem. (Maybe I'm wrong.) I'm posting this because the recently rotund Plemons clearly dropped a few pounds to play an arrogant billionaire ("You think being a rich white guy is easy? It sucks!"). Directed and written by Charlie (son of Malcolm) McDowell. Login with Patreon to view this post
February 15, 2022 12:07 pmby Jeffrey Wells
No Comments
Pancake & Prosthetics

When it comes to handing out Oscars, the dumbest tendency among Academy voters is to honor the “most acting” — shouting, weeping, ranting, hair-pulling, howling. The second dumbest is a tendency to favor performances that involve heavy makeup and/or weight alteration.

Southern friendo to HE: 14 times the winners of makeup Oscars have won because they altered the appearance of a nominated actor (lead or supporting).  Eight of those wins correlated with the actor winning. I’m going back to the 80s. But in terms of recent history, it’s five out of seven.

HE to Southern Friendo: What are the recents again?

HE to Southern Friendo: That’s ridiculous!

Southern friendo to HE: Nevertheless.

Southern Friendo to HE: A friend did the makeup on Jared Leto and he won. Doesn’t matter about the weight. it’s a statistic, plain and simple. Like Film Editing nominations correlating with Best Pic winners.

HE to Southern Friendo: My God, the stupidity! Not you — the stupid Academy members who vote for makeup acting.