Regrets and condolences over the passing of Wolfgang Petersen, but when I heard earlier today I nodded and thought a bit about his career accomplishments, but nothing erupted. First-rate fellow, efficient action and thriller chops, respected and admired. I had a good time with In The Line of Fire and portions of The Perfect Storm, but the only Petersen film that really knocked me flat…

Before 2017 I felt a fairly profound social kinship with 95% of film critics out there. Socially, I mean. Parties, lunches, late-night cafe hangs at film festivals, etc. Except for the dicks, phonies and elitists, which you’ll run into in any profession.

But since ‘17 a new breed of critic has come into being — SJWs, virtue signalers, representationals, safeties. Radicals with a woke axe to grind. I see them at screenings and mutter, “Oh, Jesus…keep your head down.” No talking to them, no trust or relaxation, no respect…fuck that noise. They’re almost the enemy. They certainly aren’t true-blue movie Catholics — they’re like the McCoys to my own crew, the Hatfields. Or something like that.

Why would 78 year-old Robert DeNiro play a pair of legendary 20th Century mafia bosses, Vito Genovese and Frank Costello, in the same film? To what end? It can’t work. I’m thinking of Kissin’ Cousins, a 1964 Elvis Presley film…same action.

60 Comments
For What It’s Worth, HE Salutes Cheney

Rep. Liz Cheney will go down to defeat this evening in Wyoming. We’ve understood this for many months. She’s toast. But ask yourself — when was the last time that a nationally known politician stood up and said, “I’d rather take a bullet in the neck than compromise on my basic principles”? 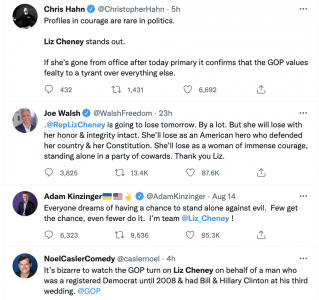 On Monday, 8.15 Rebecca Sun posted a THR story about the Academy’s recent decision to apologize to Sacheen Littlefeather, 75, for the abuse she suffered after announcing to an audience of Academy members in the spring of 1973 that Marlon Brando was politely declining his Best Actor Oscar over the industry’s dismissive, disrespectful treatment of Native Americans.

As a result Littlefeather, an aspiring actress, was blackballed — one of the earliest cases of Hollywood cancel culture, albeit at the hands of mainstream centrists and conservatives. (The wokester left wouldn’t own cancel culture for another 45 years.)

Sun’s is a sturdy, well-written piece, and yet she waits until paragraph #13 to announce what may have been a deciding motive on the Academy’s part to publicly apologize and also announce a special Sacheen Littlefeather tribute in September. 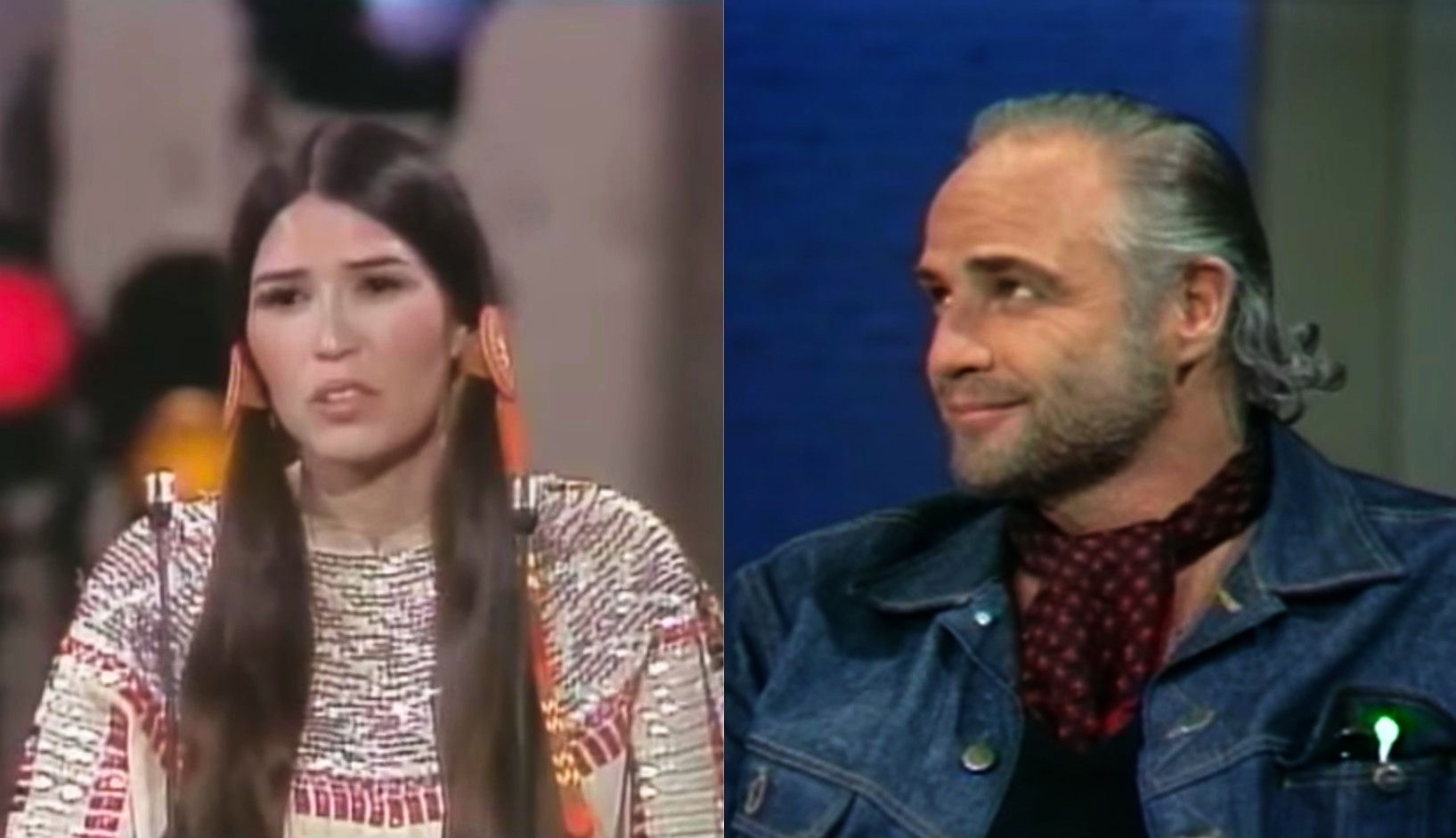 Littlefeather, she writes, is coping with metastasized breast cancer. This may or may not indicate an imminent situation (I’m deeply sorry if that’s the case), but it was almost certainly read by the Academy as a timetable message — that if they wanted to make amends with Littlefeather, soon would be a better time than later.

What sensible, fair-minded person would look you straight in the face and insist that Stanley Kubrick‘s Eyes Wide Shut is the best film of the ’90s? Think about that.

EWS is many things — curious, dreamlike, flat, anti-realistic, visually commanding, mesmerizing in its own weird way. But a film this clenched and constipated and covered in starch cannot sit at the top of anyone’s best of the ’90s list…no! Only a critic who believes in fuck-you eccentricity for its own side would stand by Kubrick’s final film.

And yet this, I regret to report, is what IndieWire‘s David Ehrlich has done.

The EWS celebration is part of “The 100 Best Movies of the ’90s” (8.15), an exhaustive rundown by Ehrlich, Eric Kohn and Kate Erbland — three-fourths of Indiewire‘s virtue-signalling quartet (Anne Thompson being the final member). Their top ten, and in this order: Eyes Wide Shut, Close-Up, Schindler’s List, Beau Travail, Hoop Dreams, Goodfellas, After Life, Titanic, The Long Day Closes and Safe.

But Ehrlich is to be saluted for including Titanic among the top ten. James Cameron‘s epic has been a very unfashionable film to celebrate over last couple of decades. I only put it at #30 on my list, and qualified things by stating that I was primarily enthusiastic about the final hour and especially the last ten minutes. Ehrlich doesn’t pussyfoot around — he praises the whole thing…intimacy, lead performances, extras, VFX and all.

Hollywood Elsewhere hopes and trusts that Merrick Garland and his team know what they’re doing — that they have the goods to take Trump down. Because if they don’t and Trump wiggles free and becomes the Republican Party nominee, he’ll lose the popular vote but wind up stealing the election with the help of all those regional MAGA stooges he helped get elected, etc.

Garland’s idea, as I understand it, is to prosecute Trump on a violation of some kind of governmental documents security thing and thereby legally block him from running in ‘24. Just like the feds got Al Capone on income tax evasion rather than bootlegging, racketeering and murder. Sam Donaldson mentioned the Capone strategy on CNN two days ago (8.14)

Let’s hope they make this happen effectively and inarguably, so that the Republicans don’t blah-blah their way around it at their convention.

Garland is in a very precarious and paradoxical situation: using the rule of law to fight a political party whose platform is that it no longer respects or believes in the rule of law.

There is reason for guarded optimism. I’m encouraged by the comments made by the Joint Chiefs of Staff in that 8.8. New Yorker piece, written by Susan B. Glasser and Peter Baker New Yorker piece. They’re military men (Mark Milley, James Mattis, et. al.) , and it’s clear that they understand the danger. The whole law-enforcement community does.

They all have one mission: to keep Trump from running. So if you ask me, going after Trump on this Al Capone level is a brilliant move.

Everything’s flush, nothing is real, living is easy and everyone in your hallowed orbit is either a dear friend, a close acquaintance or a devoted assistant…I’m drowning here…”don’t surround yourself with yourself…move on back two squares.”

The tide has been turning against Elvis for several weeks now. Everyone has more or less the same complaint — it’s too slick to trust, isn’t genuine or human-level sincere, too whirlygig, aggressively selling itself to a fault…except for the final Vegas section, which is pretty good.