Support on Patreon Follow @wellshwood
100 Comments
Joe Popcorn to H’wood: No Thanks

Second to last paragraph in Sasha Stone’s Awards Daily piece (9.20.22) about Hollywood’s devotion to to radiant Academy values (virtue, goodness, inclusion, equity, Millennialism): “It isn’t just that people are no longer watching the Oscars; it’s that people are tuning out the whole community.”

All ten episodes of Ryan Murphy and Ian Brennan‘s Netflix series about Jeffrey Dahmer, the infamous serial killer of 17 men and boys during the ’80s, begin streaming on Wednesday, 9.21. Evan Peters plays Dahmer; the costars include Richard Jenkins and Penelope Ann Miller (as his parents) and Molly Ringwald (as his sister).

The limited series began filming in late winter of 2021, or a year and a half ago. Tatiana landed a non-speaking part as a Dahmer attorney. Sporting conservative attorney hair and straight-laced business attire, she spent two or three days shooting a courtroom scene, sitting the whole time next to Peters. I’ve seen sitting on this casting news for a long time, and can now finally reveal it. 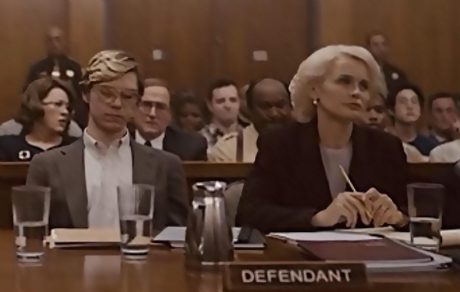 “Web-Toed Metaphor for American Dream Gone Bad”
"Jerry! Sandra showed me some your fiction and your awards, and I have to say 'powerful stuff.' Almost too powerful. I'm wondering if your mind can function down on our level. I grew up in Pacific Grove, and I started reading...what's his name?...I started reading Steinbeck when I was nine. [Tossing a script on the table.] Here's a piece of shit, Jerry. I wrote and re-wrote it, but it ain't workin'. If you can make it work, you're on...okay?"

14th Row Seating?
President Joe Biden and First Lady Jill Biden arrived a little bit late for the Westminster Abbey funeral of Queen Elizabeth II. Which was rude -- let's be honest. And so the Bidens had to wait to be seated -- understandably.

On a 2001 Charlie Rose Show about Stanley Kubrick: A Life in Pictures, Christiane Kubrick was asked to define a certain personality trait or mental attitude that genius-level filmmakers seem to share in common. She said this is unknowable and therein lies the fascination.

HE says “holdupski.” HE defines that mindset as an educated “fuck it” thing…mindful and respectful of artistic history and precedent, but not especially intimidated by same…an attitude that says “okay, these other filmmakers did it this or that way and that’s fine, but I’m here now and this is my film so fuck ’em if they can’t take a joke.”

In a phrase, a genius artist is often possessed of a certain kind of reverent irreverence.

Every major-league director I’ve spoken with in person over the decades (and we’re talking quite a few) shares this trait.

While watching this I was also struck by how radiantly young the 59 year-old Martin Scorsese looked during this taping, certainly compared to now. Guys in their 50s and even their early 60s can look really great if they’ve watched their diets and haven’t done too many drugs in their youth. And it’s believed that Scorsese, remember, was a total cokehead in the mid ’70s so he came out of that dungeon without too many bruises. 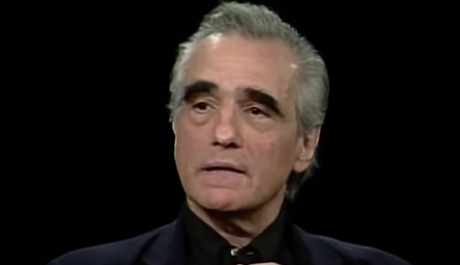 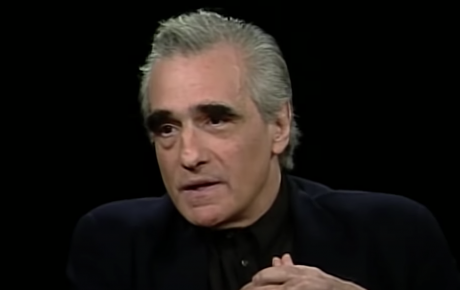 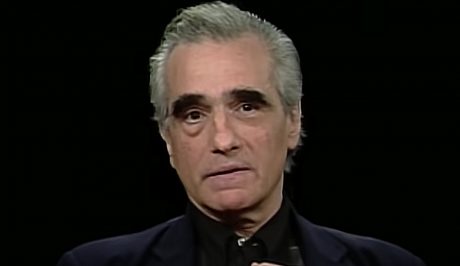 53 Comments
Three Years Ago and Change

Posted on 8.7.19: “Speaking as an X-factor white guy from a middle-class New Jersey and Connecticut upbringing, I don’t feel repelled or disgusted by my Anglo-Saxon heritage and family history.

“I deeply regret the cruelty visited upon immigrants and various cultures of color by whites, naturally, but the fact that racist or tribal attitudes were common throughout most of the 20th, 19th and 18th Centuries in this country and for centuries earlier in Europe, the Middle East and even Africa doesn’t mean that white people (more particularly my parents, grandparents and great-grandparents, reaching back to the mid 1800s) were inherently evil.

“By current standards my ancestors may seem insufficiently evolved, agreed, but they were born into a certain culture and were dealt certain cards, and most carried the weight as best they could. They weren’t born with hooves, tails and horns on their heads.

“Nor do I feel that elemental decency is absent among the majority of white people today. Okay, among middle to upper-middle-class coastals.

I feel profoundly repelled by the attitudes of your backwater Trump supporters, of course, but they are not me or my own. I come from a family of “good”, well-educated, imperfect people who had their occasional issues (including alcoholism) but believed in hard work, discipline, spring cleaning, ironing their own shirts and trimming the hedges and mowing the lawn on Saturday afternoons, and who exuded decency and compassion for the most part.”

Updated: I am not the devil’s spawn, and neither are my two sons and certainly not my granddaughter. I’ve witnessed and dealt with ignorant behavior all my life, but I’ve never bought into the idea of Anglo-Saxon culture being inherently evil. Please.

Frank Thring’s Pontius Pilate by way of Gore Vidal: “Where there is great striving, great government or power, even great feeling or compassion, error also is great. We progress and mature by fault. Perfect freedom has no existence. The grown man knows the world he lives in.”

Ties Into “Woman King” Legend
If Don Lemon had been paying closer attention, he would understand that the reparations narrative has taken a hit since promotions for The Woman King began, which in turn inspired closer study of the Dahomey slave trade history.

This is a sad Carnegie Hall Cinema story from late ‘78 or early ‘79. I was working as a manager of this cellar-level, not-for-profit repertory house, which was owned and operated by the moustachioed, semi-rapscallion Sid Geffen (who also ran the Bleecker Street Cinema).

The name of the young woman who worked in the CHC ticket booth has faded, but let’s call her Deirdre of the Sorrows. When I called this a sad story I meant it was about unfairness, and it boils down to this: Not only did poor Deirdre suffer trauma through no fault of her own, but she was blamed for it.

One fine weekday afternoon the Carnegie Hall Cinema was robbed of $170 or $180. (Or more — I was never much for numbers.). A stick-up man walked up to the street-level booth (Seventh Ave. just north of 56th), pulled out a pistol, told terrified Deirdre to fork over and she did.

I quickly called the fuzz. I can’t recall if it was a plainclothes or a uniformed beat cop who dropped by, but he interviewed Deirdre and myself and maybe Sid, filed a report, etc.

I didn’t think Sid gave any serious credence to the cahoots theory, but anyone would consider (1) and (3), especially the easy-mark thing.

Sid never asked for my opinion, but if he had I would have said “Deirdre is a responsible, decent person…this was just bad cards.” And those last five words would have, in Sid’s eyes, helped to seal her fate. 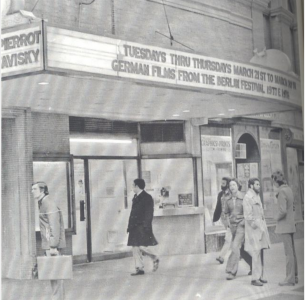