In an interview with Cannes topper Thierry Fremaux, Variety critic Scott Foundas asks (a) if there’s a prevailing theme at this year’s festival, and (b) what’s with the apparent name-brand prestige-factor uptick in Un Certain Regard this year? 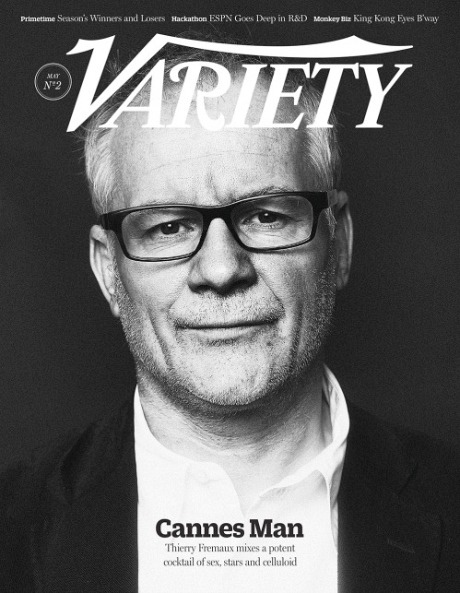 Foundas: “Two years ago, a lot of journalists said it was the year of bad parenting in Cannes, with several films in the official selection touching on child abuse or neglect. Last year death and bodily decay were everywhere, from Amour to Paradise: Love to Rust and Bone. When you step back to look at this year’s selection, do any similar themes stand out for you?”

Fremaux: “After La grande bouffe by Marco Ferreri in 1973, Cannes has been a place for scandal, and a lot of the directors this year — especially the French — are pushing the limits in terms of showing sex onscreen. In terms of theme, I think there is something about solitude and the search for identity; you see this in the films by Francois Ozon (Young & Beautiful) and Abdellatif Kechiche (Blue Is the Warmest Color). And there are also many stories about families, including the films of Jia Zhangke (A Touch of Sin) and Hirokazu Kore-eda (Like Father, Like Son). But for sure, you select each film one at a time and then, at the end, you see certain links.”

Wells insertion: The prevailing Cannes Film Festival theme this year is abundancy. A seeming embarassment of riches. Too many choices, nowhere near enough time, my head and iPhone are spinning. A great year.

Foundas: “In recent years, it seems that many more established filmmakers have been turning up in Un Certain Regard, which was once thought of as more of a discovery zone for new talent. This year, Claire Denis and Sofia Coppola, both veterans of the competition, are included. For those who may be puzzled by this, how do you contextualize Un Certain Regard?”

Fremaux: “It’s not totally true that it has changed that much. In the past, Andre Techine, Eric Rohmer and Wim Wenders all came to Un Certain Regard — before me. Un Certain Regard is for films that are not the films for competition. It doesn’t mean that the films aren’t good, but sometimes an author writes a 400-page novel and sometimes a 120-page novel. They are not the same, but both need to exist. It’s another way to be in Cannes in the official selection.”