One of the biggest outrages in the history of the Academy’s foreign film committee — a scandal fed by deficient taste and myopic, mule-like obstinacy — has just happened with the release of the nine-film short list that doesn’t include Cristian Mungiu‘s widely hailed 4 Months, 3 Weeks & 2 Days. The people who pushed for this decision need to be identified and, with all charity and compassion, expelled from this group for life. What will it take? Torches and pitchforks at the corner of Wilshire and La Peer at 8 pm this evening? 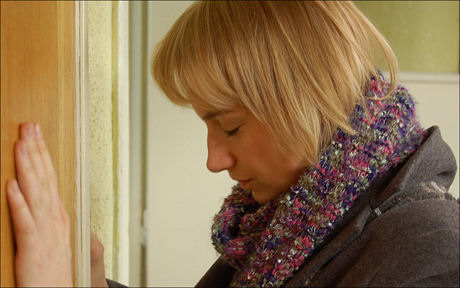 The foreign-committee nominators were in no way obliged to salute this landmark film as their absolute favorite, but to not even put it on the short list (much less include it among the five nominees, from which the winner of the Best Foreign Language Feature Oscar would be chosen) is intolerable and inexcusable. This is truly a Day of Infamy. I’m not trying to be Franklin D. Roosevelt here, but these people have embarassed themselves and the Academy and reflected on the industry as a whole…it’s laughable.
A “name” player associated with the foreign branch shared the following a few minutes ago: “I’m embarassed. I think it’s humiliating and unfair, and I’m shocked…shocked at this omission.”
Among other prizes, 4 Months, 3 Weeks and 2 Days won the ’07 European Film Awards’ Best Picture prize, the ’07 Cannes Palme d’Or, and it was named Best Foreign Film by the National Society of Film Critics, the Chicago Film Critics Association and the Toronto Film Critics Association. It also won the Bronze Horse For Best Film and Best Actress from the Stockholm Film Festival 2007.
The films chosen for the nine-film short list are the following: The Counterfeiters, The Year My Parents Went on Vacation, Days of Darkness, Beaufort,, The Unknown, Mongol, Katyn, 12 and The Trap. Yes, that’s right — Persepolis, the French entry, also got the boot, and so did Juan Antonio Bayona‘s absolutely brilliant The Orphanage. 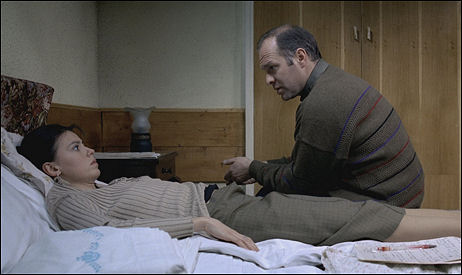 Somewhere between 300 and 400 people voted for the nine films. Exaggerating only slightly, a veteran marketer described the foreign film branch this morning as “all retired, their median age is 75, a lot of them are on walkers and they have very conservative tastes.”