“Nobody familiar with AMPAS’s past admission practices can argue that it ever honored a bar — if one even existed — with any consistency. And equally inevitably, we will probably overmonitor progress, claiming victory or defeat based solely on what happens to, say, this year’s Sundance prizewinner The Birth of a Nation, a version of the Nat Turner story written, produced, and directed by its African-American star Nate Parker that was already being burdened with the label ‘test case’ before the print was even flown back from Utah.” — From the debut of “Hollywood Signs”, Mark Harris‘s new column for Vulture.

HE to Harris: Thematically nourishing as it is, The Birth of a Nation won’t inspire anything close to the euphoria that greeted it two months ago in Park City. It might snag a Best Picture nomination, maybe, but it’ll be no duckwalk. 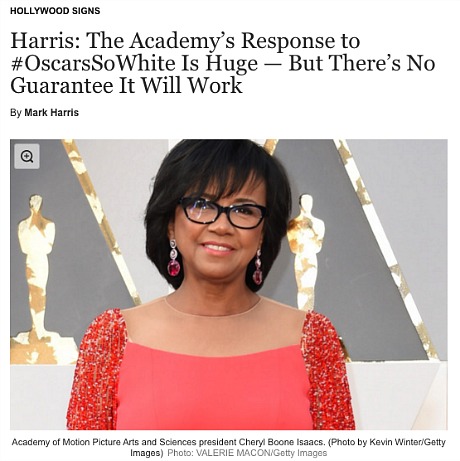