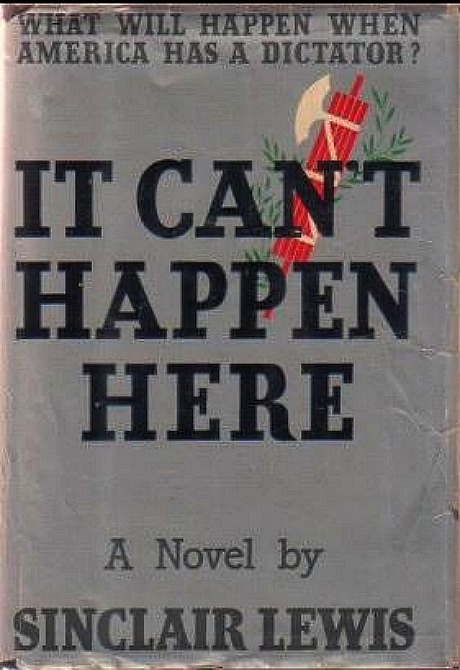 In 1988 Robbie Conal used “it can’t happen here” to illustrate one of his anti-George H.W. Bush posters. 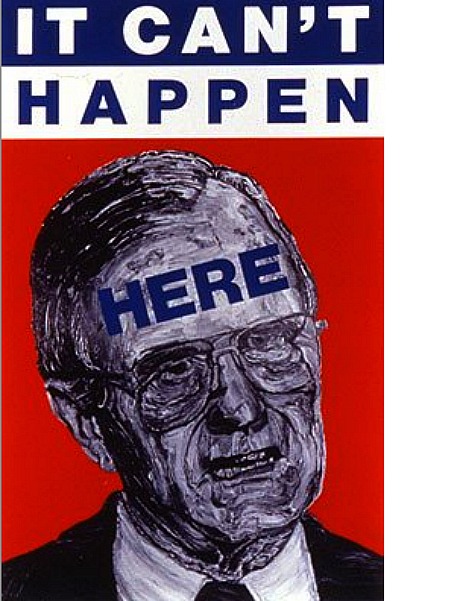