Why would anyone want to buy or even rent a Criterion Bluray of Terry Zwigoff‘s Crumb (due August 10)? How good can a funky little documentary like this look? And what kind of serious visual bonus could possibly result from a Bluray of Lewis Milestone‘s Ocean’s 11 (which is coming out sometime in the fall)? It was just shot in plain old 35mm with a rote adherence to the usual framing and lighting standards of the late-Eisenhower era. 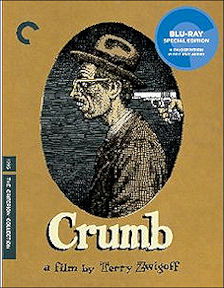 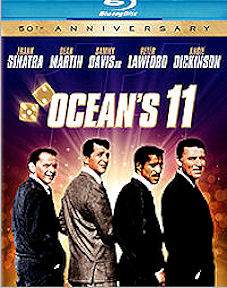 And whatever happened, by the way, to Zwigoff? He had that promising three-movie, five-year run — Ghost World (’01), Bad Santa (’03) and Art School Confidential (’06), and then he fell of some kind of cliff. I’m guessing that the box-office response to the latter ($3,296,916 domestic) led to Zwigoff’s “arrest” and being thrown into movie jail, but that was five years ago. You’d think he would have somehow worked his way out of that and gotten something going by now.