Is Acting “For The Common Good” Even Conceivable?

President Obama “should convene all the players who make billions from the free and unfettered display of content and broker a deal that gives Americans the opportunity to watch The Interview. Put it on Hulu, on iTunes, on Google Play, on Netflix, on NBC and all the broadcast networks, on Showtime and all the cable stations, put it anywhere and everywhere that people can push a button and watch at the same time. Ubiquity and the lack of a discernible target would trump censorship. 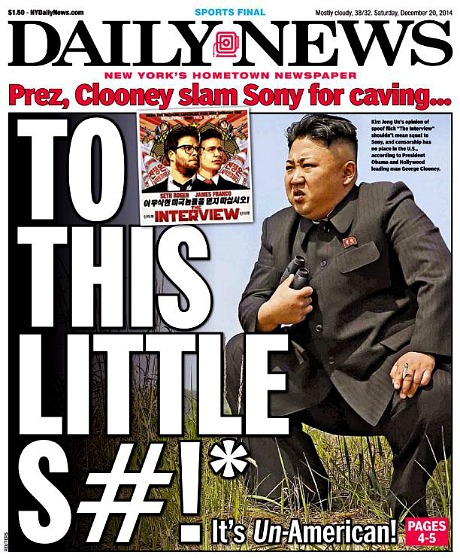 “The industry, old and new, digital and analog, should step across a line together, holding hands with consumers and letting the world know that we prize our goofy movies, along with the important ones, and the freedoms that they represent. If disparate competitors managed to set aside self-interest and acted for the common good, it could be the social viewing event of the century. I’d do anything to do my bit for artistic freedom, including watching a buddy-movie comedy that stars Seth Rogen and James Franco.” — from a 12.21 David Carr/”Media Equation” column in the N.Y. Times.