A byline-free Telegraph story posted on 4.11 heralded the arrival of the Geek Action Hero, a Hollywood phenomenon that is probably linked on some level to the Romantic Galumph. Instead of studly musclebound machismo figures who can beat up and outshoot any bad guys who come their way (like the Arnold, Sly, Bruce, Mel and Jean Claude paradigms of the ’80s), “the new breed of action star is more likely to be skinny, awkward and studious-looking,” the story proclaims. 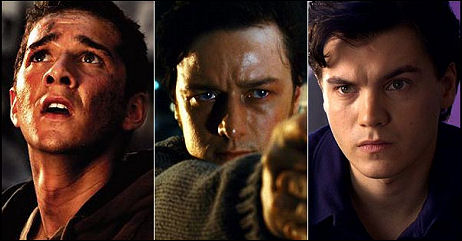 It mentions Shia LaBeouf, Emile Hirsch, James McAvoy and the as-yet unknown Ben Barnes as examples of this mini-trend. It also mentions the sensitive, semi-dweeby Tobey Maguire‘s turns as Spider-Man, and the brainy-flip-sardonic Robert Downey Jr.’s upcoming performance as Iron Man. Has anyone been left out?
LaBeouf (Transformers) plays Harrison Ford‘s son in Indiana Jones and the Kingdom of the Crystal Skull. Hirsch has the title role in the Wachowski’s Speed Racer. McAvoy stars in the action thriller Wanted. And Barnes (Stardust) plays the lead in action-y Chronicles of Narnia film, Prince Caspian.
“The geek is god in Hollywood,” publicist and Oscar campaigner Tony Angellotti tells the nameless Telegraph writer. “Every generation redefines its heroes and the heroes of today are slight of stature and geeky looking.” 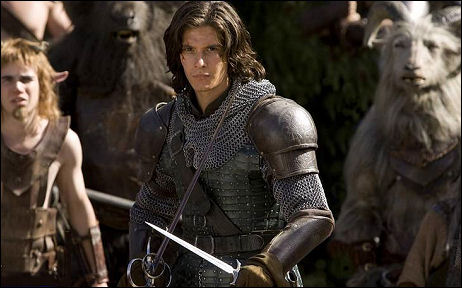 “Do these kids even shave?” Angellotti continues. “For decades, we wanted our heroes to be who we could never be, but this generation of filmgoers wants heroes they can relate to, who are similar to them. They see themselves in these somewhat awkward, geeky, hairless-faced guys. They can relate to them.
“Stars like Clint Eastwood and Bruce Willis were men; these are boys, and they’re appealing to younger audiences. Who would think of Robert Downey Jr. as a superhero? Where did that come from?”