What did I learn from this morning’s round-table interviews with Grand Budapest Hotel director-writer Wes Anderson, star Ralph Fiennes and costars Bill Murray, Willem Dafoe and Jeff Goldblum? (Not to mention costars Saoirse Ronan and Tony Revolori, whose mp3 has mysteriously vaporized?) One, that everyone agrees that the film, while obviously engaging on a story, acting and production-design levels, is about a gentle drip-drip-drip of lament for a civilization that has all but disappeared. Two, that Anderson was told by “German cameramen” (and presumably also by dp Robert Yeoman) that he “really must stop saying 1.33″ — the actual aspect ratio of 90% of this film is 1.37:1. Three, that one night Murray and others decided to visit Poland, which is a hop, skip and a jump from Gorlitz, the German village where they shot much of the film, but “it was closed.” Four, that Dafoe’s darkly dyed hair is an element in his portrayal of legendary director Pier Paolo Pasolini, whose last day on earth is being dramatized by director Abel Ferrara. Five, that Goldblum eats cockatoo and works out fairly often — he’s getting up there but has the body of a 30 year-old. And six, that Ronan thinks I resemble Christopher Walken…but I get that all the time. Again, here are the mp3s — Anderson, Dafoe, Murray, Goldblum and Fiennes. 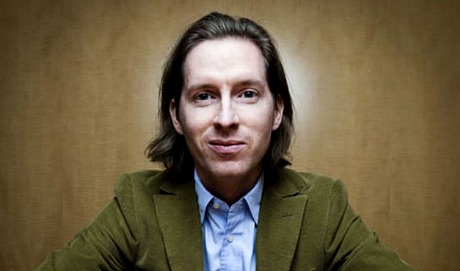