A friend who had heard and passed along some less-than-ecstatic reactions to Milk a while back wrote me last night to ask what I really meant when I wrote that “those who’ve been spreading the iffy stuff are, I have to conclude, by and large mean-spirited and overly demanding.” 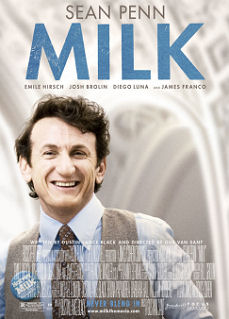 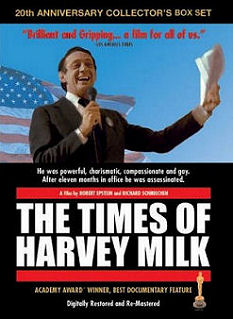 What I was trying to convey, I answered, is that anyone who would come out of this film and call it hagiography and a bronzed martyr construction and declare that there’s no lump-in-the-throat at the end wouldn’t necessarily be “wrong” but they would fit my definition of unfairly dismissive and would therefore be, in line with this, somewhat mean-spirited.

I mean this in the sense that Milk has a good and honest heart, it tries and largely succeeds at telling Harvey Milk‘s story the way it seems to have happened (to go by Rob Epstein‘s 1983 doc), and that while it’s not a great film it’s a very honorable one — I gave it an 8.5 — that has no flaws so glaring as to deserve being trashed.

I’m not saying the naysayers are wrong. I’m saying they don’t seem to have much compassion for a very decently layered and fully considered and honest effort. They didn’t ‘let it in’ because it didn’t meet certain standards they they have, fine, but generally speaking Milk isn’t, by any fair standard, a ‘problem movie.’

It’s not, I’ll agree, quite as moving as the Oscar-wining doc — watching and listening to the real people tell it, and particularly to get to know and love the real Harvey carries a special realism and organic chemistry that can’t be duplicated by actors — but what is? Gus shows the real Harvey at the very end, and this brief exposure to the kindness and generosity of spirit in his features made me melt.

The friend mentioned that some who were at the Castro screening tonight were mixed on it as well, and that In Contention‘s KrisTapley is somewhere in there, clearly. “Could this be a gay biopic that perhaps plays better for some bizarre reason to straight guys like you and Poland?,” he asked. That’s conceivable, I answered. Maybe. It’s a topic for further review.