“My real problem with Whatever Works was the older-man-younger-woman theme, which has never been one of my favorite Woody motifs, even before it gained a real-life parallel. (Manhattan is a great film, but the Mariel Hemingway relationship is creepy and condescending, and I don’t just say that as a father of an almost-teenage daughter.) Going back to Alvy and Annie, the romances in Allen’s films often have a teacher-pupil quality, too, and in Whatever Works we get that as well as the December-May thing. 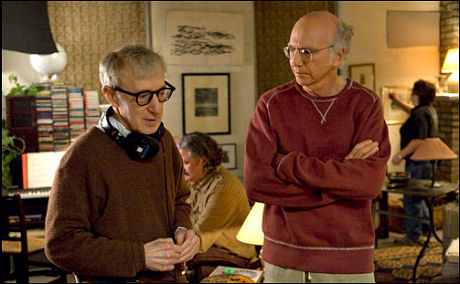 “But here, Allen doesn’t even bother to make the relationship between Larry David‘s and Evan Rachel Woods‘s characters credible. Aside from her being hot, the attraction makes no sense: She’s a moron and he’s hateful.” — Vanity Fair critic Bruce Handy in a pro-con debate with Frank DiGiacomo, posted this morning.