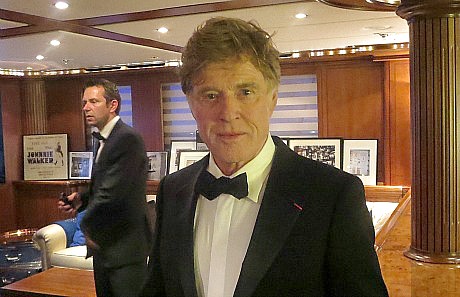 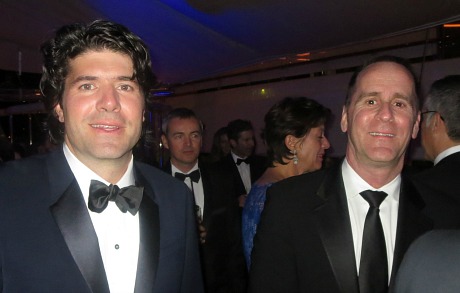 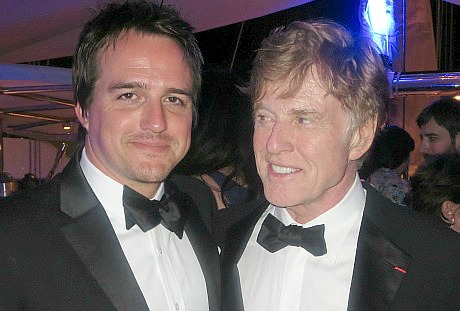 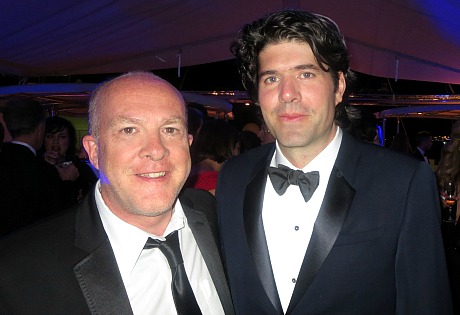 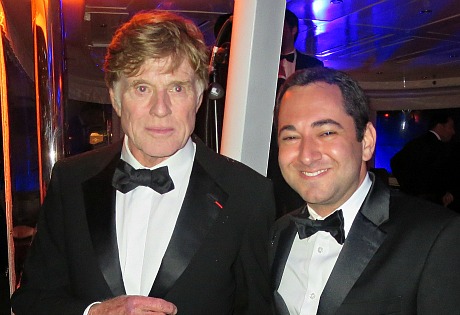 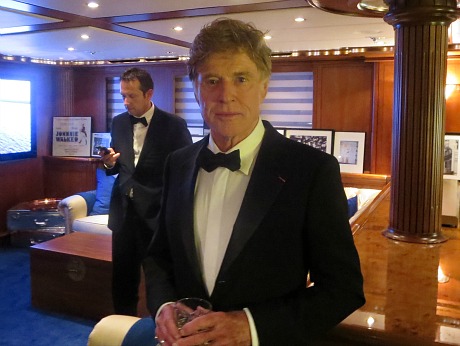 Believe it or not, there’s a senior guy with a major Hollywood website who told a journalist friend earlier today that All Is Lost isn’t that good or words to that effect. When I was told during tonight’s after-party that this guy had actually said that, I went “WHAT?”

I can’t stay awake much longer because I have to get up at 6:30 am to attend the 8:30 am screening of Alexander Payne‘s Nebraska. As I agree with every word of Justin Chang‘s Variety review, here are snippets:

“As close to pure existential cinema as American filmmaking is likely to get these days, All Is Lost [is] an impressively spare, nearly dialogue-free stranded-at-sea drama that strips characterization down to basic survival instinct,

“Chandor seems to have gone in as radically different a direction as possible [from Margin Call], placing a solitary figure at the center of a roughly 30-page script that, aside from a quietly mournful opening monologue, contains three or four lines of dialogue at most.

“With no background or exposition, viewer identification is thus reduced to the simplest, most primal level of wondering whether Redford’s character will survive, and it’s a measure of how carefully the film avoids the usual dramatic expedients and manipulations that the answer to that question is never entirely obvious.

“Although we never learn the name of this middle-aged mariner (he’s identified simply as ‘Our Man’ in the credits), we do learn the name of his boat, a 39-foot yacht called the Virginia Jean. For reasons that go unexplained, he’s been on a solo voyage in the Indian Ocean for quite some time, and it’s a measure of his sailing experience that he reacts with more irritation than panic when he awakens one morning to find that a random shipping container has collided with his boat, ripping a gash in its hull.

“The dread and anxiety are slow to build. Although he manages to temporarily repair the hull, the boat’s navigational functions have been completely shut down, leaving the Virginia Jean to sail helplessly into the path of a gathering storm. Our Man barely manages to keep himself afloat as he and the boat are repeatedly tossed and turned by the waves, lashed by pounding wind and rain.

“Yet such is the character’s resourcefulness — stockpiling rations, emptying the hold of water, and at one point climbing the 65-foot mast to secure the sails — that he manages to hold out as long as possible before the irreparable craft finally capsizes, at about the one-hour mark, leaving him to spend the rest of this harrowing journey in a life raft.

“All Is Lost…is that mainstream-movie rarity: a virtually wordless film that speaks with grave eloquence and simplicity about the human condition. Nothing here feels fancy or extraneous, least of all Redford’s superb performance, in which the clearly invigorated actor (having a bit of a comeback year with this and The Company You Keep) holds the viewer’s attention merely by wincing, scowling, troubleshooting and yelling the occasional expletive. That we have no access to this man’s history or inner life merely heightens the poignance of his situation, detailed knowledge being no prerequisite for basic empathy under such extreme circumstances.”