I intend to buy the Public Enemies Blu-ray when it comes out on 12.8. I love the film itself and the high-def digital photography is sure to look killer-diller. But it would look even better if director Michael Mann decided to create the Blu-ray from the original digital images for the transfer (i.e., the pure video version) instead of the digital-converted-to-film version that played in theatres. 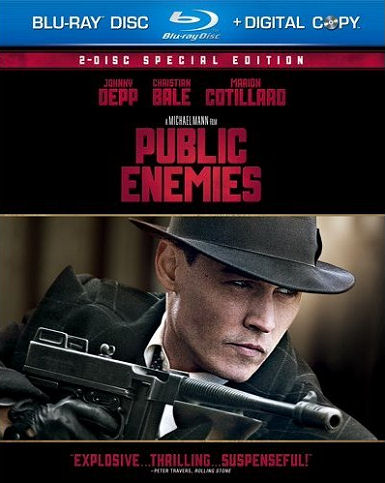 Mann’s idea in shooting digitally, as I understand it, was to provide a certain aliveness and immediacy that would sharply differ from traditional photography used in other 1930s-era features (like Bonnie and Clyde or Thieves Like Us) and take you into that period without the filter. So why not? Universal Home Video could issue a pure-video alternative version vs. a traditional thearical version. I know, I know…too much of an investment for a film that didn’t do well enough theatrically to begin with.