We all know exactly — exactly — what to expect from Nora Ephron‘s forthcoming Reese Witherspoon-as-Peggy Lee biopic. Lee’s rep is that of a soulful singer-artist who peaked in the ’40s, ’50s and ’60s, was kind of led around by her loins and hot blood (marriage to Dave Barbour, “Fever,” “Lover”), did some animal voicings in 1955’s Lady and the Tramp, and ended up feeling a little dispirited and disappointed (“Is That All There Is?”). Accurate or dead-on, unfair or unkind, that’s the sum-up. 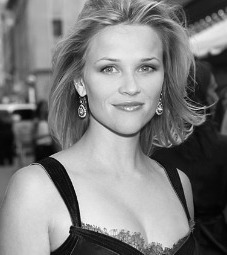 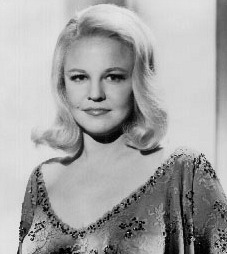 If I know Ephron, she’ll tone down the eroticism (or she’ll try to get into it but blow it all the same). She’ll focus instead upon Lee’s singing, spirit, artistry, awards and longevity. She’ll try for a female Walk The Line, but will deliver a squarish tribute to a woman singer who blazed her own path and did it her own way, etc. Singing over sex. Ephron is not Bernardo Bertolucci and never will be. But Witherspoon won’t let Ephron suffocate the eroticism entirely and will kick ass with the Lee character, and will absolutely, definitely be nominated for Best Actress in 2012 or whenever. You can take this to the bank.

Am I right or am I right, Scott Feinstein and Sasha Stone?

In an April 2006 MacLeans piece, Mark Steyn wrote the following: “The other female vocalists who emerged from the big bands of the forties — Doris Day, Dinah Shore, Rosemary Clooney — were ‘girl singers.’ Peggy Lee was a woman singer, and not just because she was shoehorned into gowns that exaggerated that hourglass figure: in the fifties, the poise, the cool, the raised eyebrow and the beauty spot made her as defining an emblem of mid-century pop culture style for the distaff side as Sinatra was for men.”