I obviously know nothing, but I’m sensing extra-ness in Peter Debruge‘s Sundance review of Edson Ota‘s Nine Days, filed at 12:25 am today:

“At the risk of overselling Edson Oda’s ultra-original, meaning-of-life directorial debut, there’s a big difference between Nine Days and pretty much every other film ever made. You see, most movies are about characters, real or imagined, and the stuff that happens to them, whereas Nine Days is about character itself — as in, the moral dimension that constitutes who a person is, how he or she treats others, and the choices that define us as humans.

“But Oda doesn’t stop there. In a film of dizzying conceptual ambition — Jean Paul Sartre‘s No Exit meets Michael Gondry and Charlie Kaufman‘s Eternal Sunshine of the Spotless Mind — the Brazilian-born, U.S.-based writer-director wants to make audiences appreciate the little things, like the feeling of sand between your toes or the way your hand surfs the air when extended from the window of a moving car.

“To that end, Oda concocts an elaborate new metaphor for thinking about how souls are selected for the responsibility of life. And while no film can possibly be an antidote to suicide, this one poignantly reminds how lucky we are to be here: a planet full of lottery winners.”

I for one hate the feeling of sand between my toes. Dry sand, damp sand, beach tar…I hate that whole experience. When I’m near the shore I like to walk around in white laceless sneakers without so much as a single grain of sand getting involved, and preferably on paved pathways or boardwalks or pavement. Hey, I’m a city guy. 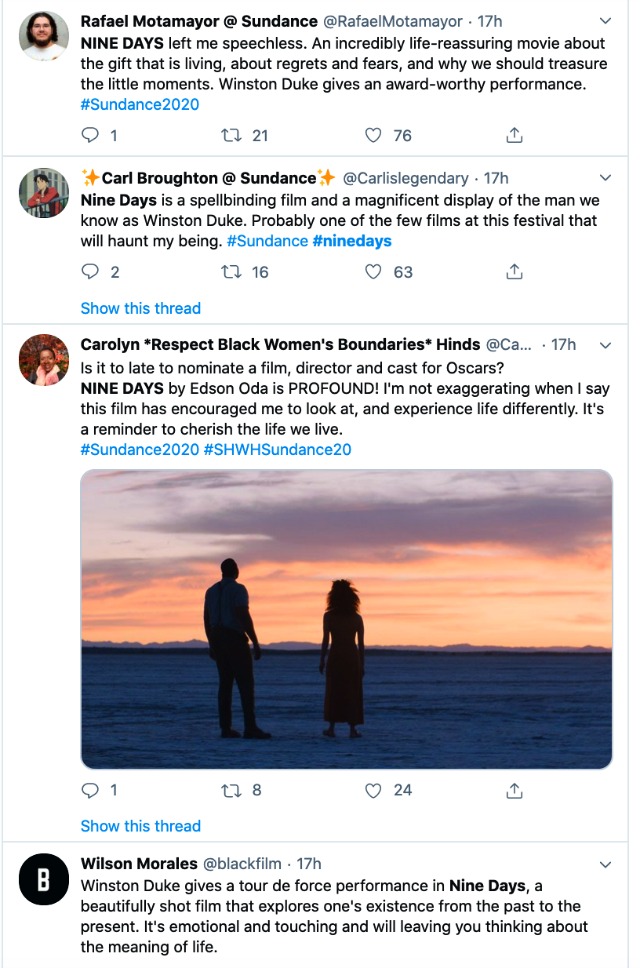 January 28, 2020by Jeffrey Wells21 Comments
« Previous post
Son of “All Downhill From Here”
Next post »
Gang’s All Here