An Attitude That Speaks For Itself

Startling currents of denial and obfuscation are contained in an 8.5 Hollywood Reporter piece by Lacey Rose, “Jurnee Smollett Is Ready to Own Her Power With HBO’s Buzzy Lovecraft Country: ‘I Don’t Apologize’“:

For the first time Jurnee Smollett (Lovecraft Country, Birds of Prey) has spoken about the “2019 controversy” swirling around her brother Jussie Smollett.

That’s actually fudging things as her brother’s “controversy” isn’t a matter of unfair gossip or shaky allegations but a six-count indictment of Jussie by a Cook County grand jury, which pertains to Smollett making four false police reports about a hate crime that he allegedly enacted against himself on 1.29.19. 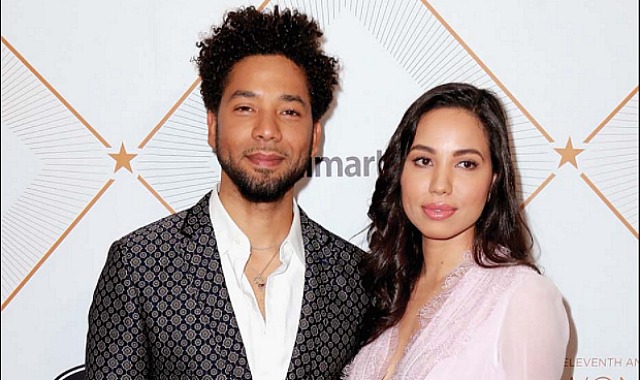 The “controversy” also includes a 6.12.20 decision in which a judge struck down Smollett’s claim that his February charge violated the principle of double jeopardy.

Jurnee maintains her brother’s innocence in the THR interview. She says “it’s been fucking painful, one of the most painful things my family’s ever experienced — to love someone as much as we love my brother, and to watch someone who you love that much go through something like this, that is so public, has been devastating.”

Jurnee’s implication is that Jussie’s difficulties aren’t of his own making. Life is so unfair, she’s saying, but thank God Jussie is strong enough to handle it — strong enough for the whole family! Or words to that effect.

“I was already in a very dark space for a number of reasons, and I’ve tried to not let it make me pessimistic,” Jurnee continues. “But everyone who knows me knows that I love my brother and I believe my brother.”

Note the sequence — Jurnee (a) loves Jussie and therefore (b) believes him.

Jurnee contends that her support for her brother hasn’t hurt her career. “We are blessed to have a community of people who know him, and know that he wouldn’t do this,” she says. “I mean, fuck, man, I look at him sometimes and I’m like, ‘He’s so strong.'”

Jurnee translation: “Industry people understand that family loyalty always comes first, and that I have no choice but to say I believe Jussie. They get it. They know what I have to say and do. And at the end of the day, none of this shit is on me.”