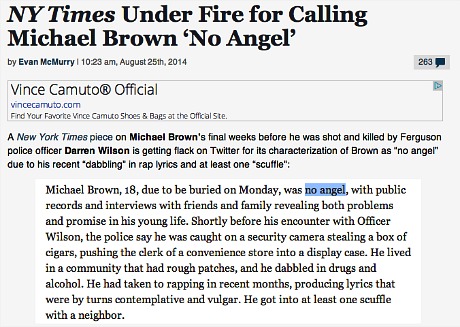 Brown is described as spiritual but unsettled, at times angry. That was me also. Brown had a dream about devils and angels. I sought transcendence through movies because I preferred their dreams and metaphors to the regimented reality of suburban New Jersey life. Eligon reports that Brown was a product of a somewhat dicey but far from crippling upbringing. Me too as I was quite angry due to the often dismissive, emotionally brusque treatment I got from my alcoholic dad. (Ask any Al-Aon member if that’s not highly damaging.) Brown was “a handful as a kid” and so the fuck was I. Brown “regularly flashed a broad smile that endeared those around him” while I used to act stuff out in a satirical or theatrical way, which my friends enjoyed. Brown “overcame early struggles in school to graduate on time” — me too. (I had shitty grades in almost everything except English and gym.) Brown dabbled in drugs and alcohol and you’d better believe I did too, especially booze. And Brown was a guy who apparently helped his friend shoplift cigars from a convenience store and who tried to bully a shopkeeper who tried to call him on that. I was shoplifting candy with my friends when I nine or ten years old. I was also reading nudie magazines at that age.

One day I will leave this mortal coil, hopefully in Paris in the late evening. If and when an obituary writer decides to include a profile of my teenaged years, he/she has my full permission to describe me as “no angel” if he/she so chooses. I would hope that he/she would also include stuff about my teenaged years that indicated I would eventually start reviewing films and channeling my energies and feelings in a somewhat more constructive way. If you ask me the Brown in Eligon’s article is a guy who, with any luck or grace from above, could have definitely gotten past his teenage attitudes and become an adult of some consequence. 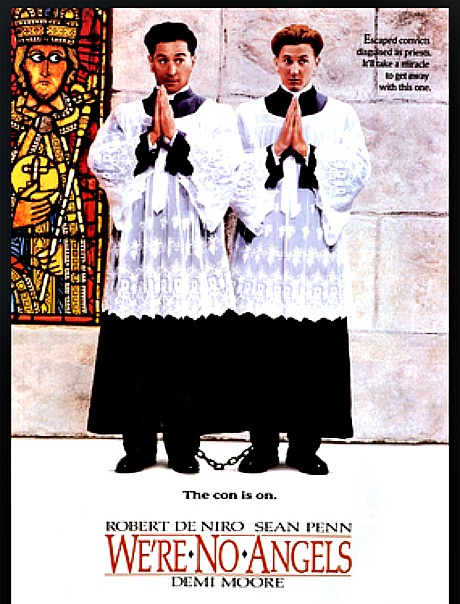 Update: In a post from The Washington Post‘s Eric Wemple bog, N.Y. Times national editor Alison Mitchell says that the “no angel” line derives from the lead paragraph of the piece, which narrates a moment in Brown’s life:

FERGUSON, Mo. — It was 1 a.m. and Michael Brown Jr. called his father, his voice trembling. He had seen something overpowering. In the thick gray clouds that lingered from a passing storm this past June, he made out an angel. And he saw Satan chasing the angel and the angel running into the face of God.

“’It comes out of the opening scene,’ says Mitchell, who notes that ‘like many teenagers,’ Brown was indeed ‘no angel.’ Okay, but would the New York Times have chosen this term — which is commonly used to describe miscreants and thugs — if the victim had been white? Mitchell: “I think, actually, we have a nuanced story about the young man and if it had been a white young man in the same exact situation, if that’s where our reporting took us, we would have written it in the same way.’

“When asked whether she thought that ‘no angel’ was a loaded term in this context, Mitchell said she didn’t believe it was. ‘The story…talks about both problems and promise,’ she notes.”