Four days hence Barack Obama will will give his big Berlin speech in Tiergarten Park (German for “animal garden”), beneath the monument topped with the big golden angel known as the Victory Column. Some say the site has an unpleasant association with military aggression. But for most of us it means Wim Wenders‘ Wings of Desire (’87), and particularly those two middle-aged angels, Bruno Ganz and Otto Sander, standing atop the tower and vibing out. Which, for me, makes it a place of dreams, reflection, longing, compassion. 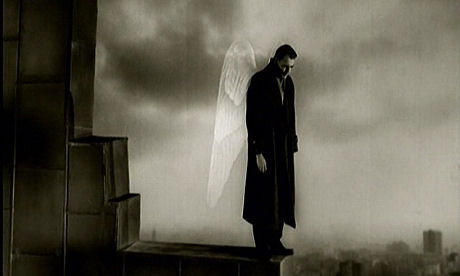