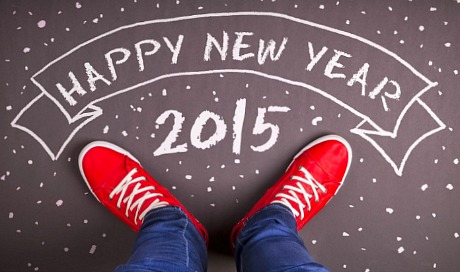 Posted seven years ago: “My all-time best New Year’s Eve happened in Paris on the 1999-into-2000 Millenium year — standing about two city blocks in front of the Eiffel Tower and watching the greatest fireworks display ever orchestrated in human history. And then walking all the way back to Montmartre with thousands on the streets after the civil servants shut the subway down at 1 a.m.”

Posted six years ago: “I need to stay in the city until sometime in the early morning, despite the intense cold and wind. I live below a family of animals — Hispanic party elephants — who stomp around and play music so loud that the building throbs and the plaster cracks. It’s a fairly safe bet they’re going to lose their minds tonight so I may as well just huddle down in the city and bounce around from bar to bar. New Year’s Eve is the emptiest holiday ritual of the year, and an opportunity for shallow under-30s to act like assholes.”

From the Wiki page: “‘Auld Lang Syne=’ is a Scottish poem written by Robert Burns in 1788 and set to the tune of a traditional folk song. The title may be translated into English literally as ‘old long since’, or more idiomatically, ‘long long ago’, ‘days gone by’ or ‘old times.'”