Some Came Running‘s Glenn Kenny, writing for Indiewire, liked Che also. He doesn’t exactly convey the doing of cartwheels in the lobby in this piece, but here, at least, is a striking passage: “Good thing that Soderbergh, as far as my opinion is concerned, doesn’t have a rabble-rousing bone in his body. Che benefits greatly from certain Soderberghian qualities that don’t always serve his other films well, e.g., detachment, formalism, and intellectual curiosity.” 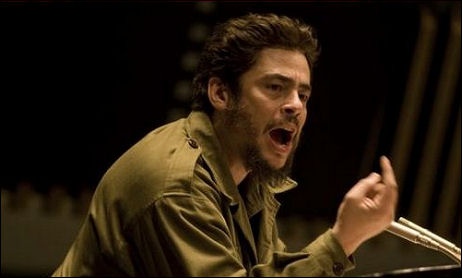