Each day I put certain HE posts behind the Patreon wall. I usually wait until a few people have commented to do so. Yesterday’s “Sex Is Between The Legs” post, for example, had nine comments when I paywalled it. And it says that (“9 comments“) if you’re reading HE on a laptop. (Or at least on my 15” Macbook Pro.) But if you glance at the same post on an iPhone, it says “0 comments.” Which indicates it was a nothing post, which obviously diminishes interest.

This problem only arose last weekend. For two days I’ve been trying to fix it with no luck. My latest move has been to hire an individual tech guy from India — he’s on the case as we speak. But it’s infuriating. 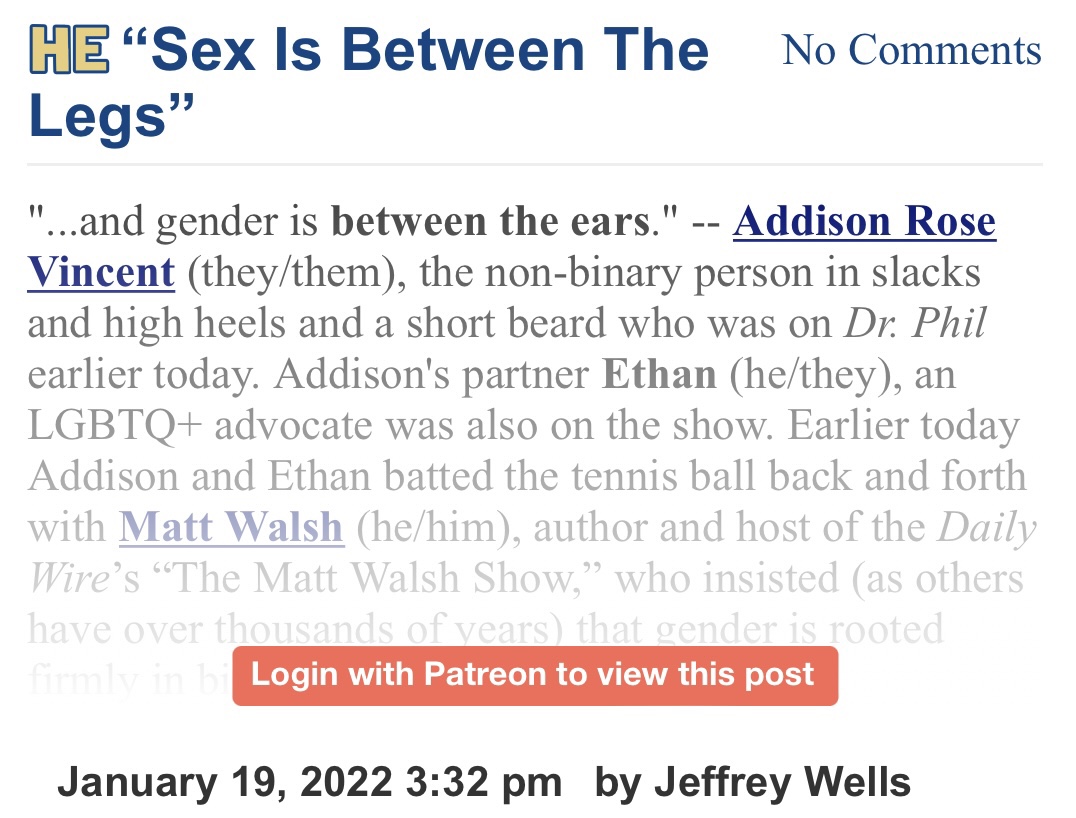