Hollywood Elsewhere won’t be able to stream Rebecca Hall‘s Passing until Wednesday, 2.3. But I’m reading and hearing things. Based on a same-titled 1929 book by Nella Larsen and mostly set in 1920s Harlem, Passing is about a married woman of color — Ruth Negga‘s Claire Kendry, whose blonde hair and half northern-European features allows her to pass for white, which was deemed desirable 90-odd years ago.

Claire’s racist husband Jack Belew (Alexander Sarsgard) believes her to be as white as Calvin Coolidge. This, I’m told by a colleague who’s seen it, is a stumbling block. The story focuses on the reunion of Kendry and Irene Redfield (Tessa Thompson) and a subsequent attraction that kicks in and leads to tragic consequences.

Friendo: We’re supposed to believe that Skarsgard, Negga’s very racist husband who uses the N-word freely, is completely oblivious to the fact that his wife may have some black ancestry. He believes he married a 100% white woman.
HE: But Negga, though light-skinned and wearing a blonde wig in the film, is obviously mixed race to some degree. Just ask those scurvy racist crackers in Loving — they did everything they could to break up her marriage to Joel Edgerton. Oh, and I love that Passing was shot in black and white.
Friendo: The film is very well made, but its biggest flaw is the implausibility I mentioned. There is no way a racist husband would not realize that Negga has at least some African-American blood. He even mentions that he hates “them” even if they have a small fraction of non-white DNA.
HE: Jessica Kiang’s Variety review was unqualified in its praise. In her view, the movie is nothing short of heavenly.
Friendo: I assume Coda, Summer of Soul and Passing will all be winning something by the end of the festival. 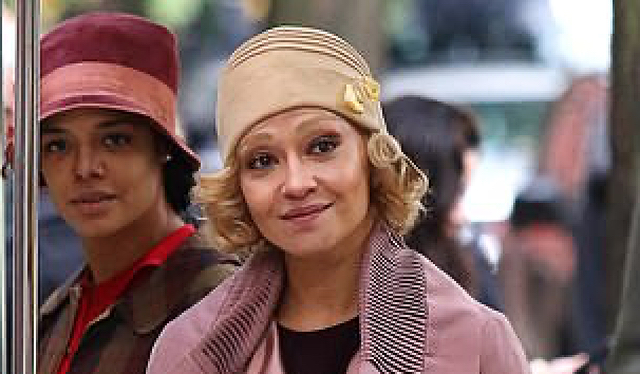